What is the Fitbit Alta HR?

The Fitbit Alta HR is the update to the Fitbit Alta that, not surprisingly, adds a heart rate monitor. The addition of Fitbit’s PurePulse heart rate sensor isn’t just for keeping an eye on your ticker, however; it also ties into Fitbit’s newly bolstered sleep-tracking features known as Sleep Stages and Sleep Insights, which is really what makes the Alta HR interesting.

But with a price that’s identical to the Fitbit Charge 2, the Alta HR is a difficult sell to anyone who doesn’t prioritise fashion over function, or those who want more insight into their exercise insights due to more limited functionality.

While it’s an undeniably sleeker and more attractive fitness tracker than the Charge 2, it lacks many of the more advanced features making the Charge 2 the best Fitbit for most people, especially since the sleep-tracking improvements will arrive as a future update.

Visually, there isn’t a great deal of difference between the original Fitbit Alta and the Fitbit Alta HR. According to Fitbit, the Alta HR is the slimmest fitness tracker available with continuous heart rate tracking. 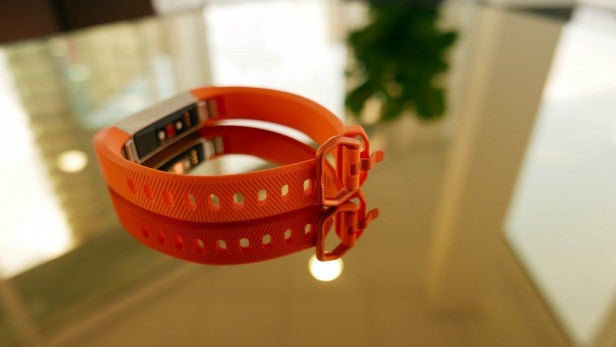 The most notable change is the strap, which now uses a watch buckle to fasten the device to your wrist, which I prefer over clasp mechanisms. Buckles are more intuitive to use, especially if your fine motor control isn’t as good as it used to be.

My mum is an example of this: she always struggled to fasten the original Fitbit Flex, so much so that I had to replace her band with an aftermarket watch-style option instead. 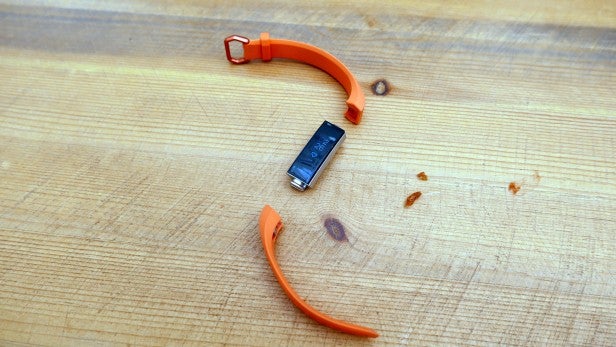 Owners of the old Alta will be pleased to discover that the new straps are cross-compatible. As is the case with most of Fitbit’s new trackers, customisation is an option with different colour straps in silicone or fancier leather finishes. Silicone finishes include black, grey, fuchsia and coral, whereas leather options are available in lavender, brown and indigo.

I was sent in the model with the coral strap, which was a pleasant change from the black models I typically receive for review. As a fashion piece, the Alta HR is eye-catching in its bolder colour options; I received numerous positive comments about its design. It stands out far less as a piece of technology compared to the Charge 2, but it isn’t as discreet as the Misfit Ray, for example, simply because it has a display. 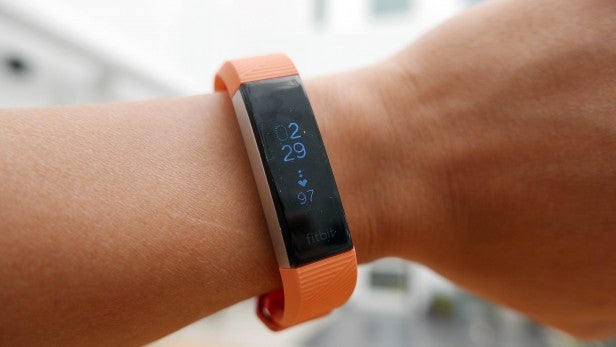 Fitbit refers to the display as a ‘touchscreen’, but it isn’t in the way you’d imagine. The OLED display responds to firm taps simply to wake it up and scroll through the menus. You can also activate the display by rotating your wrist as though you were looking at a watch but, like with the Charge 2, I found this worked only intermittently.

Unlike the Charge 2, there’s no physical button on the Alta HR, so your only method of interaction with the device is through tapping the screen. The display is at least bright, so viewing outdoors didn’t pose any problems.

But with its more discreet design over the Charge 2 there are some sacrifices, such as a much smaller display that at times relies on vertical scrolling. This makes any form of rich notification mirroring more awkward than I’d like; you can struggle to make sense of a WhatsApp notification, for example. 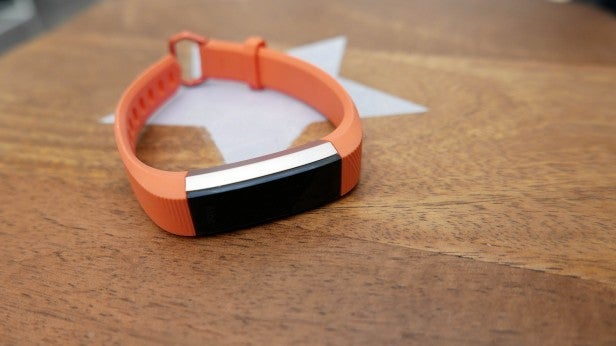 Through the Fitbit app you can also choose to receive notifications from other message services such as SMS or Facebook Messenger, but you can only choose one. You can also get caller ID and calendar reminders.

The pairing process for the Alta HR is as seamless as Fitbit’s other trackers, and connects to Android or iOS devices through Bluetooth. During the setup process you’ll be asked to create or sign into a Fitbit account, where you can also decide any goals you want to set – such as activity and sleep.

You can then use the app to configure the Alta HR’s display, deciding what details you want to see or not see as you scroll through, such as number of steps, active minutes, resting heart rate and calories burned.