With the addition of a heart rate sensor, the fitness tracking component of the Alta HR is immediately above that of its predecessor. It remains basic in its capabilities, lacking many of the exercise and multi-sport capabilities of the Charge 2, however.

One of the bigger omissions is the lack of connected GPS mode available on the Charge 2. While the Charge 2 lacks built-in GPS, which is common on more expensive trackers, it managed to get round the omission by piggybacking the GPS in a paired smartphone if you brought it along for a run or bike ride.

Since this isn’t an option on the Alta HR, it’s immediately ruled out for those looking for a fitness tracker to accompany them during runs. It also can’t be used for multi-sport tracking as can the Charge 2. So while I often wore the Alta HR in the gym, none of the exercise I did was tracked as such. 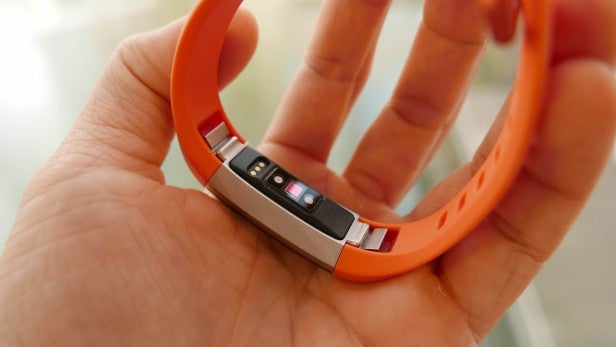 So this means the Alta HR is geared towards the basics: keeping tabs on the steps you take during the day, distance covered and calories burned. You can also receive the usual move reminders if the tracker detects you’ve been sedentary for too long. 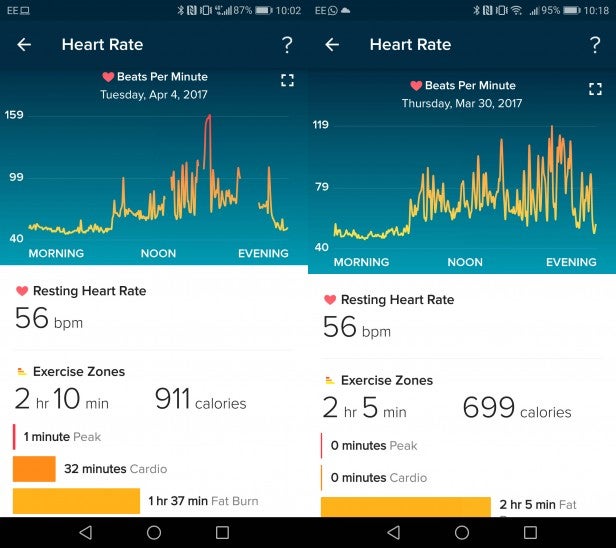 Then there’s continuous heart rate reading during exercise – when running, for example – that will tell you not only how hard you’re working, but also which heart rate zone you’re training in. This is useful if you’re training with a specific purpose in mind, such as fat burning or improving your aerobic performance. This info is available from the Alta HR’s display during exercise or in the dashboard breakdown in the app afterwards.

However, where the Alta HR differs again from more exercise-orientated Fitbit trackers, such as the Charge 2 or Blaze, is that the sample rate for heart rate readings is only every five seconds.

This is one second on the Charge 2 and Blaze, meaning better real-time updates, which is especially important for interval training. When up against a Jabra Elite Sport, which takes heart rate readings from my ear, the Alta HR often lagged behind. 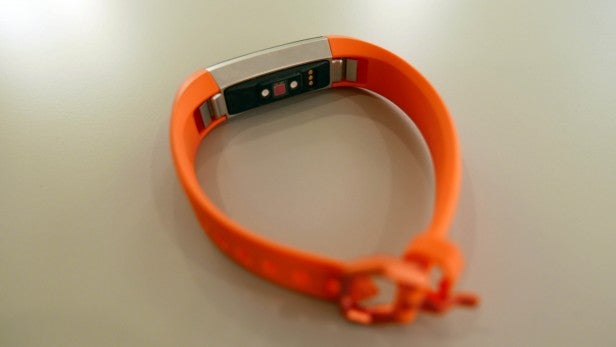 The five-second refresh rate is fine for all-day heart rate tracking, however, and I found its readings were typically within 3-5BPM compared to other heart rate monitors I wore at the time. Being able to see historical data of resting heart rate can also be useful for keeping an eye on your general health and fitness over time.

As for the automatic exercise tracking, the post workout information you can interrogate from a Fitbit Alta HR is basic, and essentially at the level of the Fitbit Flex 2 but with added heart rate information. I say this in the sense that you’re only getting a breakdown that shows the impact on your day in terms of steps contributed, calories burned and active minutes added.

You don’t get any extra running information, not even estimated distance covered. Of course, this is all made more difficult without the ability to use connected GPS from your phone. Really, if you’re looking for a fitness tracker as an exercise companion, the Alta HR isn’t for you. This is very much a tracker geared towards those simply wanting an overview of their activity.

The Alta HR isn’t really about your activity during the day; it’s the data it’s capturing overnight through its augmented sleep tracking that makes it interesting. By pairing the heart rate data with the movement data from the accelerometer, Fitbit is more able to estimate the sleep stage you’re currently in, tying into the notion that the body goes through different phases during the night: light sleep, deep sleep, REM and also time awake.

Your body is managing different processes during each phase, such as filing away your day’s memories or helping your muscles to recover. I’ve often said that sleep is a neglected area when it comes to personal health so it’s an important area to analyse.

Through the new Sleep Stages interface, Fitbit has made it far easier to see how your body moves between each phase throughout the night. It’s plotted on a line graph against the time, which is far easier to decipher than other charts I’ve seen, including past ones from Fitbit. 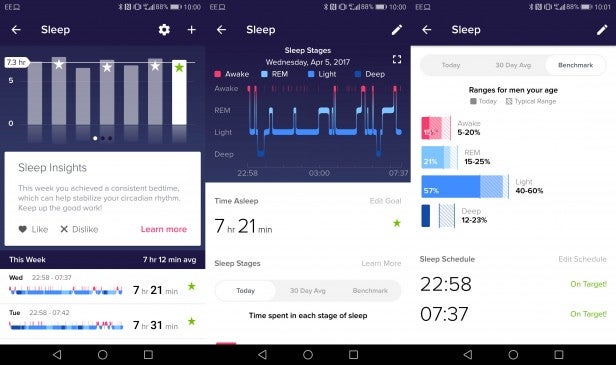 Analysing the information the morning after, I could see the times I was woken up by our newly acquired kittens scratching against the door or causing a ruckus. The most useful, and incredibly simple, addition is that the time spent in each phase is benchmarked against the average for people of your age and gender.

Too often fitness trackers provide sleep data without any additional information on what it means or how much time you should be expecting to get in each stage. Here, from the dedicated tabs you can see exactly what is going on.

In the days immediately leading up to writing this review, my amount of Deep Sleep had dived, due in part to those previously mentioned mischievous kittens. I had woken feeling groggier as a result, even though I was still getting the 7+ hours of sleep of previous weeks. Since Deep Sleep is vital for physical recovery, I can see why my performance in the gym has suffered as a result.

Comparing the graphs and percentages to previous nights, where I felt much better in the morning, it’s much easier to see how quality of sleep can be important to your overall well being. 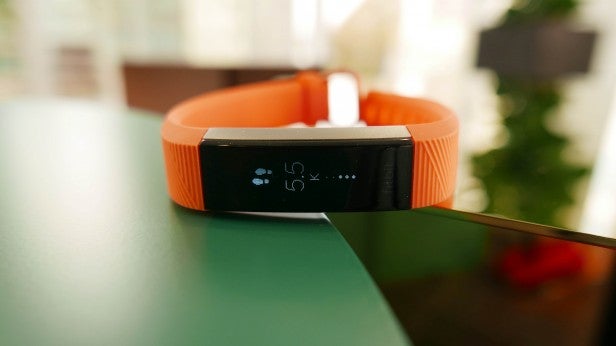 Alongside the Sleep Stages information, there are new Sleep Insights. These are tidbits of information and advice around sleep that are supposed to be geared for you. So far, it all seems a bit top-level, such as telling me Fitbit users sleep 15 minutes more in the winter.

The Sleep Insights is something I’d love to see more fleshed out, but this might simply be a case of more time wearing the Alta HR for it to learn more about me. I’ll update this review if I start to see anything more useful. Right now this is unfulfilled potential.

A favourites of the old Alta that makes a return here is the silent alarm, which vibrates on your wrist at the specified time. This is handy if you have a different waking time to a partner. 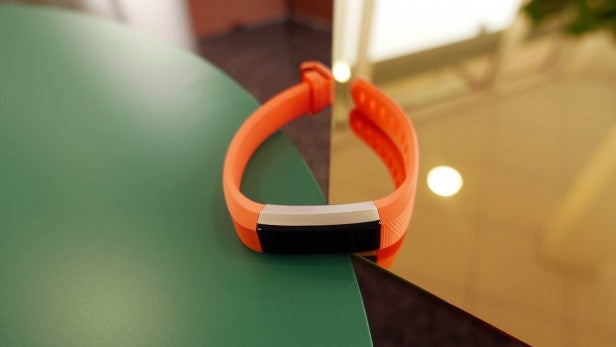 In my experience the silent alarms have worked just fine, but some people have found that the level of vibration isn’t quite strong enough to wake them from their slumber. I’d probably give the feature a trial run on a day when you don’t absolutely need to be up at a certain time.

Considering the accelerometer is being used for the Sleep Stages, I find it a shame that there’s no smart alarm designed to wake you up at a less jarring time by noting what sleep stage you’re currently in. REM is typically the best phase in which to wake, since your body is already becoming a little more conscious.

Having since reviewed sleep trackers like the Sen.se Peanut that aren’t designed to be worn, I’ve gotten a greater appreciation of the Alta HR’s sleep tracking, too. It’s proven itself to be one of the most accurate and insightful.