What is the Fitbit Charge 2?

Fitbit says that its original Charge and Charge HR were its best-selling fitness tracker. So it’s not surprising Fitbit has taken everything that proved popular on the original and used this as a basis for the Charge 2.

However, the Charge 2 has been out for a long time now and we finally have a replacement. Fitbit recently announced the Fitbit Charge 3 and it comes with a load of nice features. Chief amongst those is water-resistance, but there’s also a new design and lots more smartwatch features.

The Charge 3 will arrive in October for £129.99 and we’ll have an in-depth review once we have a unit in for testing.

Despite its age, the Fitbit Charge 2 is still arguably one of the best fitness trackers you could possibly wrap around your wrist. Peruse through any of my other recent fitness tracker reviews and you’ll spot the Charge 2’s name cropping up time and again, as most of the time, I’m wearing it to serve as the metric by which whatever shiny new wearable I’m testing out is measured against.

That’s to say I’ve grown to trust the numbers crunched by the Fitbit Charge 2, be that the number of steps in my day, the beats of my heart or the zzz’s I catch at night. I say over and over that the numbers themselves don’t necessarily matter – every tracker will use different algorithms or sensors – but it’s the consistency that’s key, and that’s what I’ve been finding with the Charge 2.

I find the Charge 2’s automatic exercise tracking to be super handy, too. I recently went on a GoodGym-organised run, admittedly for the launch of a rival sports watch, but the Charge 2 was right there with me. It did a stellar job of tracking the start-stop nature of the day’s run without any interaction from me.

Breathe mode has improved since the device launched, adding haptic feedback akin to the Apple Watch‘s own Breathe mode. These slight vibrations let you know when to inhale and exhale, meaning you’re not sat there staring at the screen and better able to actually relax. I still don’t use the Breathe function that often, but this tweak does mean that when I do, the experience is greatly improved. 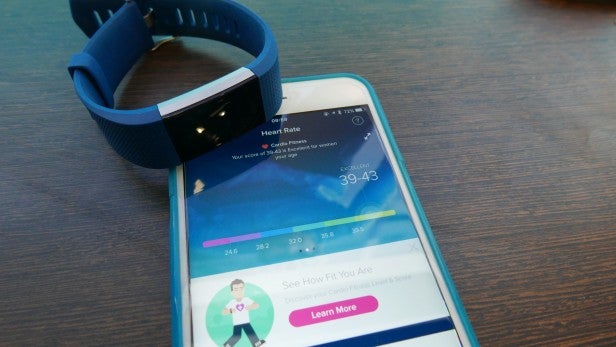 App notifications have also been made better, with Fitbit expanding support to include the likes of WhatsApp and Facebook Messenger – far more useful for someone such as myself, who abandoned SMS long ago. Other updates are continuously rolling out, too, which is always commendable.

Sleep Insights have been added for the Charge 2 – alongside all other sleep tracking Fitbit devices – which provides guidance and coaching to get a better nights sleep. It’s literally only just become available, so the level of insights I’ve received so far haven’t exactly been insightful, such as just telling me I get more sleep than the average for my demographic. Supposedly the insights will get more personalised over time, however.

Sleep Stages has begun rolling out to Charge 2 users as a software update, but it’s not yet available to everyone. Considering it was one of the better functions of the Fitbit Alta HR, it’s a useful addition. It’s a much better approach to sleep tracking compared to what was offered previously, providing a much better breakdown of sleep phases as well as providing a benchmark against other users in your demographic. Previously, it was difficult to know what the numbers meant or if you were getting enough quality sleep.

As for the physical condition of my Charge 2, it is beginning to look like it’s been put through one too many Tough Mudders as the face is now rather scratched. A more robust material such as Gorilla Glass wouldn’t go amiss here, instead of the hard-coated plastic.

The fact that there are threads discussing different screen protectors on Fitbit’s forum only serves to reinforce that it’s prone to scratches. I didn’t even know Fitbit screen protectors were a thing, and they really shouldn’t have to be.

Battery life has held up, and I generally only have to charge the device every five days – which isn’t a huge inconvenience. Having to take the Charge 2 off to shower each night is still a hassle, though.

All in all, I’ve actually grown more fond of the Charge 2 since my initial review, which isn’t something that happens often. There have been some decent updates to both the device and the app, making it a compelling fitness tracker for anyone who doesn’t need dedicated GPS.

The one thing that is lacking from the Charge 2 compared to Fitbit’s other recent devices, like the Flex 2 and Ionic, is water-resistance. Both of these devices, and many other rivals, can survive being submerged and therefore also offer swim-tracking capabilities.

Even if you’re not a swimmer, water-resistance is useful as you don’t have to worry about taking off your device to just have a shower. I always say that every time you take a fitness tracker off is another opportunity to not put it back on. Considering these are devices that you’re meant to wear every day for motivation and a reminder of your activity levels, it’s important you wear them consistently to get any benefit.

I’ve since reviewed the Fitbit Alta HR and Iconic and I’d give the Charge 2 the edge for anyone who doesn’t prioritise the slimmer design of the Alta HR and hit and miss smart features of the Iconic.

My original review continues below.

The main change with the Fitbit Charge 2 is its more sizeable display – it’s four times larger, in fact. This means significantly more at-a-glance information and better handling of notifications from your connected smartphone. The original Charge had only a tiny slither of a screen, displaying one metric at a time.

It uses a black-and-white OLED, and you can adjust the brightness; I never experienced any problems reading the screen outdoors. The display turns on when you rotate your wrist to look at it, helping to conserve battery life. 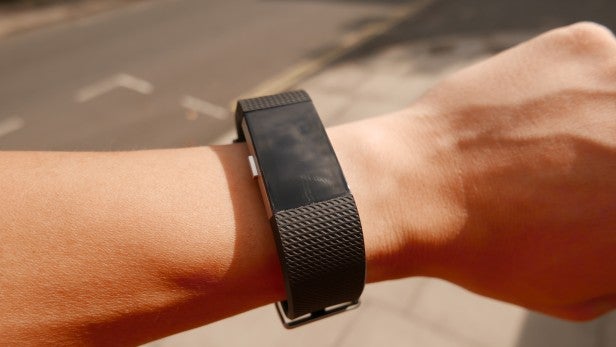 Annoyingly, maybe one in four times the display failed to turn on automatically. There is a button on the side to manually turn it on and toggle through the different displays, but for times when your other hand is occupied, the finicky display is a frustration.

Each of the menus has a number of sub-menus that you access by tapping the screen. Again, this was occasionally a little hit and miss. You need quite a firm rapping of the display to get it to trigger.

Otherwise, the Charge 2 isn’t a great departure from its original design, aside from being slightly more slender. The elastomer strap is comfortable to wear and since it uses a standard watch buckle, putting it on isn’t fiddly – unlike some previous Fitbit trackers that used difficult clasps. I didn’t encounter any discomfort with it on, even when I became particularly sweaty during a run.

Where the Charge 2 does deviate from previous models is in its potential for customisation. Much like the new Flex 2, you now have the ability to change the bands. Fitbit has Classic, Luxe leather and Special Edition options. There’s an array of colours available, too, and the Special Edition versions have rose gold and gunmetal finishes for the tracker itself to add another layer of class and sophistication. These cost a little more (£149.99) than the standard editions, though. 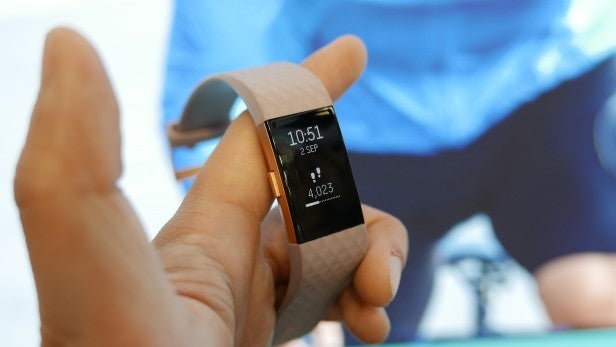 I was sent the standard black elastomer band version for review. I definitely prefer some of the more vibrant colour options I saw in the flesh at IFA. Swapping out the bands is incredibly easy thanks to release clasps on the underside. You can swap them out within seconds. The Fitbit Charge 2 is available in three different strap sizes; small, large and XL. It’s important to choose the right size for your wrist for reasons I’ll come to later.

The Charge 2 works with Fitbit’s Android and iOS app, and setting it up is as straightforward as any other tracker. Simply create a profile, entering your gender, height and weight, then select a number of goals. These include the usual steps, sleep and weight targets.

Once paired over Bluetooth, you can then sync your activity to the app and receive rudimentary notifications from your connected smartphone. These only include caller ID, messages and calendar reminders.

Originally, the Fitbit Charge 2 could only display SMS messages. I can’t remember the last time I received a standard SMS message from anyone that wasn’t a marketer, so how useful you’ll find this is questionable.

Thankfully, a recent update to the Fitbit app now allows message notifications across different apps, such as Facebook Messenger and WhatsApp. This makes the function much more useful and is a very welcome update. There’s still no way to interact with the message, and notifications for WhatsApp don’t scroll the message, but you can at least see the message sender. It helps you to decide if it’s worth whipping your phone out.