With Japanese games enjoying a renaissance in recent years, Sega has been hitting it out of the park. This month sees not just one of its best series Yakuza finally debut on PC, but also the long-awaited return of Shenmue, an ambitious series that defined Sega’s final console, the Dreamcast.

But in 2018, if you’re new to either game, which one should you be opting for? To keep it simple, this will be a comparison between Shenmue 1 and 2 HD and Yakuza 0.

It’s important to note that Shenmue I & II HD is NOT a remaster. You’re essentially getting a straight port of two games that are almost two decades old with HD resolution rendering to 1080p and its original character models and textures left untouched, which frankly doesn’t look so pretty, as you’ll see just from the patterns on the back of Ryo’s jacket.

While gameplay at least displays in widescreen, cutscenes are in the original 4:3 ratio. What’s maddening is that Shenmue II’s cutscenes are letterboxed to widescreen so you end up with a smaller image surrounded by huge black borders. Add to the fact that gameplay is locked to 30fps on all platforms and d3t’s porting job feels disappointingly barebones.

Despite being made for last-gen hardware (released for PS3 in Japan), Yakuza 0, fortunately, runs at 60fps on both PS4 and PC. For the latter, extra customisation is also available for those with more powerful setups, from 4K resolution to uncapped framerate to ultra-wide displays. The only outdated aspect then is that you still have to run up to phone booths to manually save your game whereas Shenmue I & II HD lets you save almost anywhere, as does the recently released Yakuza Kiwami 2. 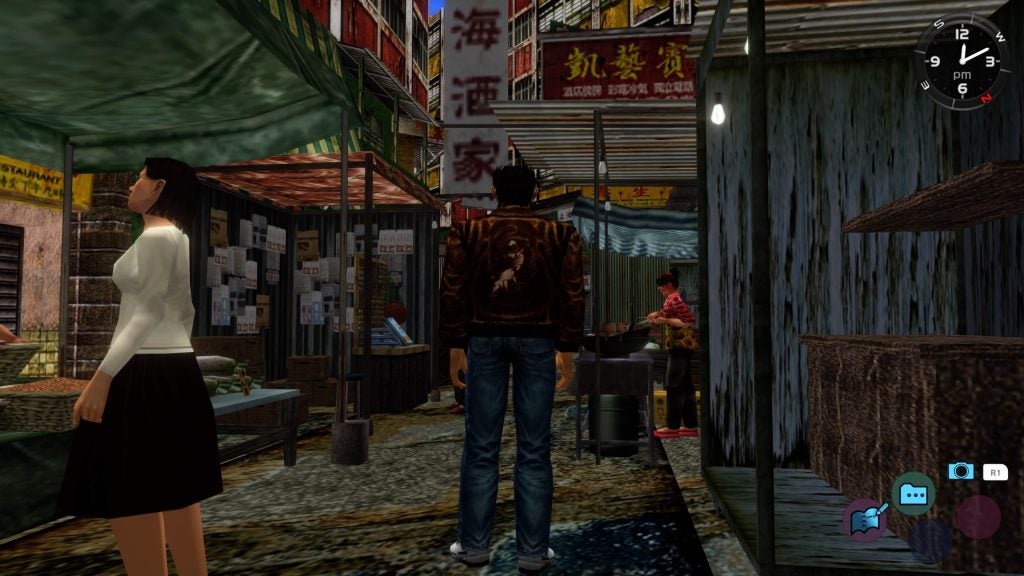 Time out in Japan

Shenmue was a pioneer in open world games when it launched in 1999 with ridiculous attention to detail, aiming for real-world authenticity and atmosphere, particularly with how businesses open and close according to the in-game clock as well as real-time variable weather effects.

Adding to that authenticity, Shenmue I & II HD finally gives Western players the option to play the game with the original Japanese voice-acting. It’s particularly hilarious being able to hear its foreign characters speaking in a mixture of broken Japanese phrases and English as intended.

Yakuza 0 captures a different side of 1980s Japan, its booming city nightlife where money is literally flowing on the streets. While Kamurocho and Sotenbori are based on Tokyo and Osaka’s own real nightlife districts, it’s surrealism where it most excels. Protagonists Kiryu and Majima are the epitome of masculinity but also done with such exaggerated absurdity, whether that’s busting heads against a brick wall or busting moves on the dancefloor. 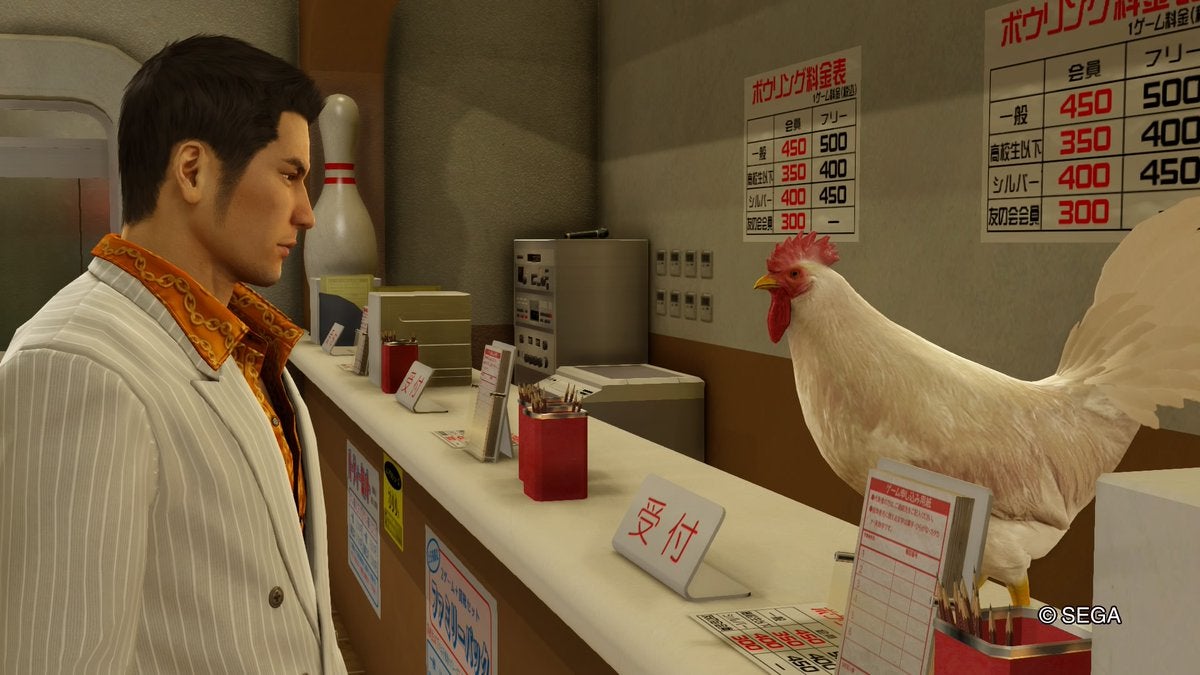 There are so many bizarre ways you can get distracted in Yakuza 0, from hitting the bowling alley, playing classic Sega arcade games, or turning an ailing cabaret club the number one destination for men with cash to burn. Shenmue’s offerings feel both limited in comparison and mechanically mundane – imagine that a forklift job, what boils down to industrial shelf-stacking, is one of its highlights.

They’re also there genuinely to kill time as there are story events where you have no choice but to wait until a certain time. Shenmue II does improve this by allowing you to skip the time when following the story, while an early event that finds yourself completely out of pocket makes the expanded options of earning money more compelling. Days and Hong Kong dollars can be easily wasted on those deceptively tricky Lucky Hit stands, but Yakuza 0 ultimately has more fun and variety.

Although Yakuza 0 is most memorable for its hilarious side quests, these tend to show up how melodramatic and convoluted the main story is. As a prequel, it does unload the series’ decade-long machinations but it still involves going through a towering plot full of ridiculous twists and double-crossings with a straight face.

In comparison, Shenmue’s simplicity is refreshing. At its core is a hero’s journey to avenge his father’s death, which also showing up just how immature and ill-equipped Ryo is for such a task, whether he’s beating up any neighbourhood lowlife or rashly buying the dodgiest fare to Hong Kong. Shenmue II further highlights how much more he needs to grow, as he takes lessons from other martial artists to instil discipline, letting go thoughts of vengeance, not to mention getting properly schooled on not to be such a sexist.

Time may not be kind to games that attempt to adhere to realism, but if you can get over the dated textures and stiff controls, there’s still a timeless quality to Shenmue’s art direction, those ethereal dream sequences featuring the enigmatic heroine Shenhua, as well as its amazing score that still stirs emotions to this day. 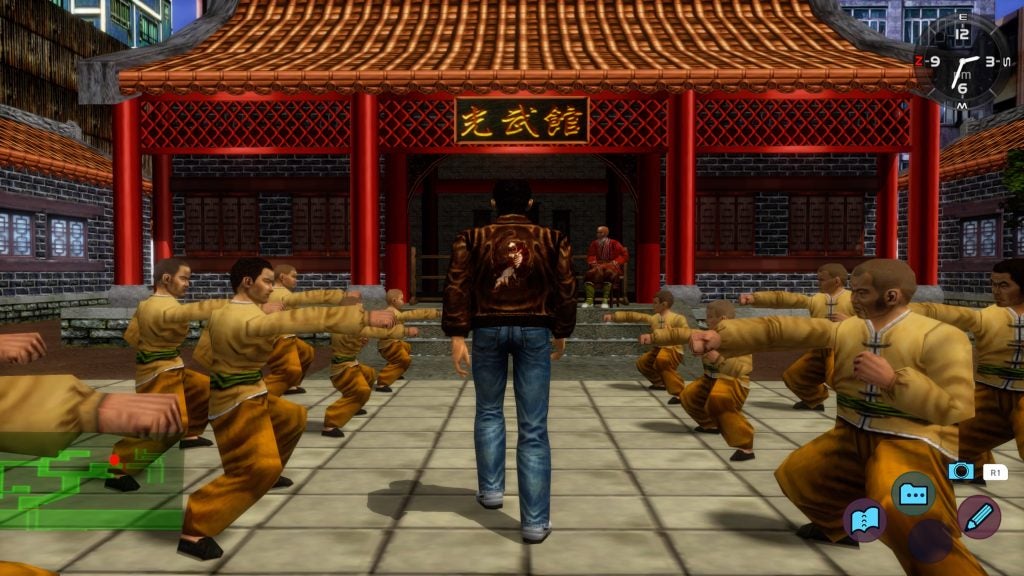 The Virtua Fighter DNA in Shenmue is evident when you get down to the combat. Ryo has a huge sophisticated list of moves that require specific button combinations and more can be acquired through move scrolls sold in shops or learned from other martial artists. Keeping with the martial arts ethos, you’re also encouraged to practise every day to improve each move.

It’s just a shame that it works better in training than it does in practice because when you are assailed by a gang of thugs in a 3D environment, the camera and your positioning is often a hindrance, and it’s all too easy to get stunned by an enemy mid-move.

Yakuza 0’s combat on the other hand amount to more elaborate versions of Streets of Rage brawls accentuated with QTE-style heat moves that make pounding street punks brutally slapstick. It’s a brash and entertaining spectacle but also on the repetitive side, especially given that you get in so many fights, which act like the equivalent of random battles in a JRPG.

To 0’s credit, it does offer Kiryu and Majima three different fighting styles each, which you can change on the fly, from slugging your opponents in the teeth with a baseball to breakdancing them to the nearest emergency room. 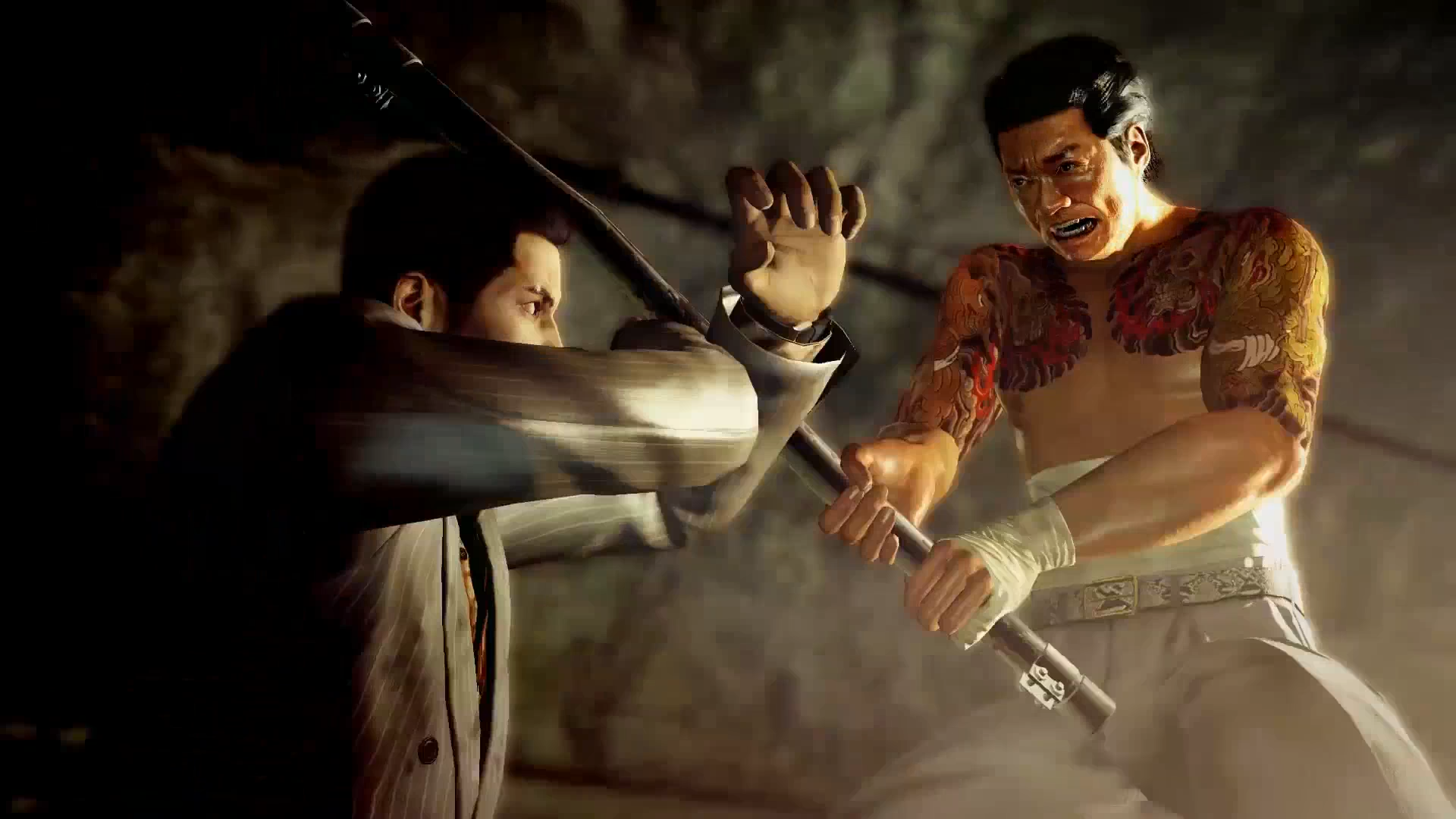 Conclusion: which of Sega’s open world classics is the best?

Of course, comparing a much older proto-open world game to its spiritual successor feels unfair. There’s a lot visually and mechanically that would show Shenmue up as a relic but that’s not to say there’s isn’t still a lot of charm to its simpler design and focused story.

Nonetheless, with both of Sega’s finest representations of Japan suddenly vying for our attention in 2018, Yakuza 0 isn’t just the better option, it’s arguably the best game of the whole series, and the perfect entry point for newcomers who can’t wait to get lost in all the other sprawling adventures in Kamurocho.

Shenmue 1 and 2 HD serves better as a history lesson of how far open world games have come but also the enduring power of a simple timeless story of awakening, which the resurrected (albeit delayed) Shenmue 3 will no doubt continue.