Until recent years, SEGA’s Yakuza series has struggled to gain a foothold outside of Japan, with the obvious exception of dedicated fans who salivate over anything Kazuma Kiryu has to offer. While some entries in the franchise remain exclusive to its homeland, recent months have seen it explode in popularity following the celebrated release of Yakuza 0.

As someone who fell in love with Yakuza before it was cool, it’s a joy to see it embraced so lovingly – and by so many. And it’s the perfect time to jump in as SEGA retraces its steps through a back catalogue that the majority of players are yet to discover.

Yakuza Kiwami 2 reintroduces the 2006 classic with far more than a simple remaster. Ryu Ga Gotoku Studio has crafted a bespoke experience using the same technology as its sixth instalment, and it looks, plays and tells a story so beautifully I can’t help but recommend it. 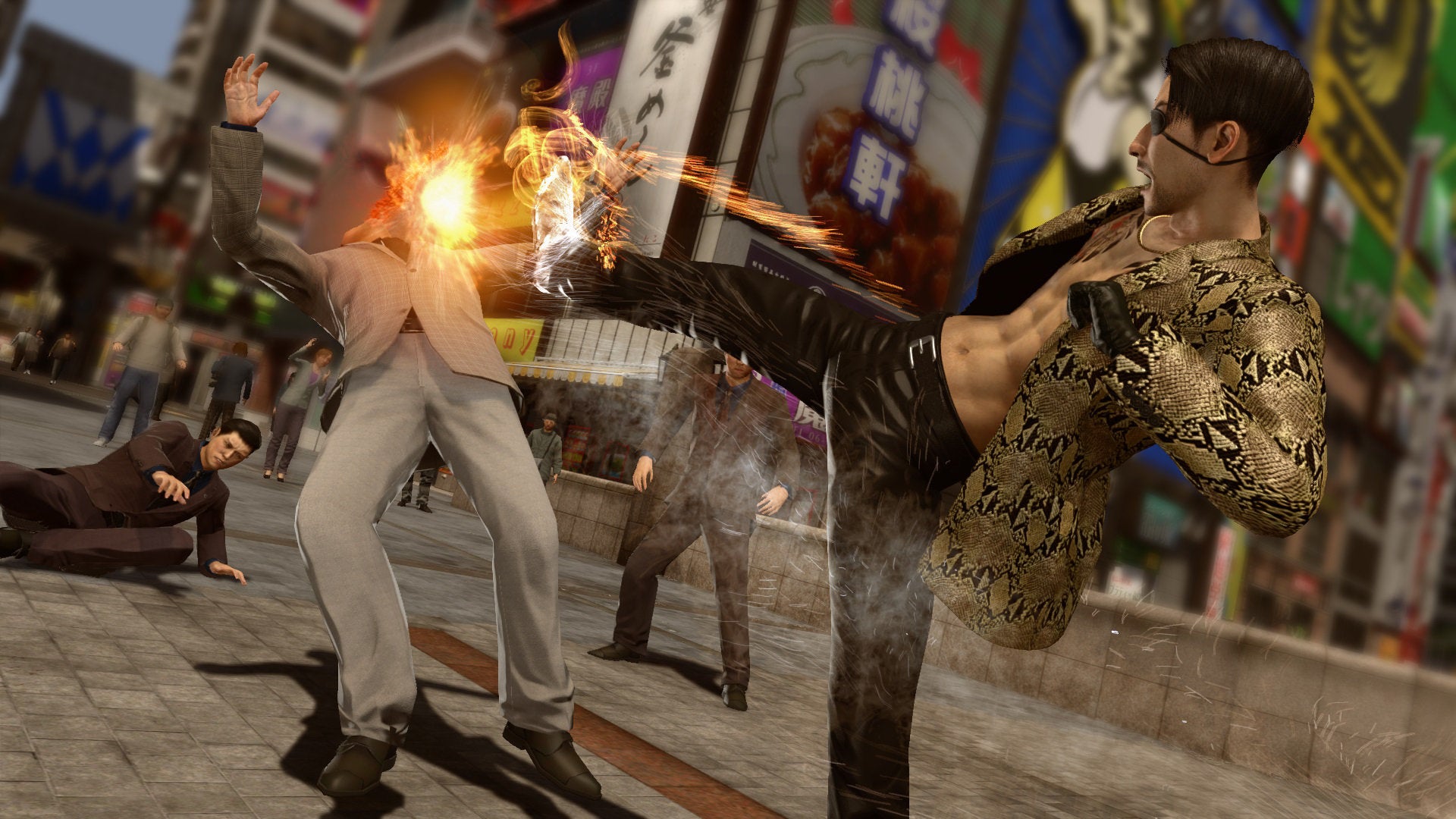 Originally released in 2006, Yakuza 2 was a swansong for the PlayStation 2 amidst a world that was moving into the HD generation, and it showed. It still sported an iconic, recognisable aesthetic, but simply couldn’t compete with the advancements sprinting out ahead of it. It’s also incredibly hard to get hold of now, with used copies going for a minimum of £60 at the time of writing.

So, Kiwami 2 is a second chance of sorts, and a new opportunity for budding fans to follow the story that began in Yakuza Kiwami. After abandoning his role in the Tojo Clan to become a normal civilian, it’s only a matter of time until Kazuma Kiryu is thrust back into the corrupt underworld that had a hand in creating him.

This time, it involves the assassination of his clan’s chairman, a cataclysmic event that descends into a brilliantly conspiratorial tale with abundant twists and turns. Much like Kiwami, this is a shot-for-shot remake of the original, with few exceptions. Cut-scenes adopt the same editorial direction, while major events remain mostly untouched.

This is a blessing and a curse, as archaic techniques and rusty encounter design lingers despite the otherwise gorgeous visual presentation. It can take a few seconds for transitions into gameplay to occur, leaving you lingering awkwardly as the pacing seems to play catch-up. This was a noticeable flaw throughout, alongside inconsistent performance on PS4 Pro, although it definitely isn’t a deal-breaker. 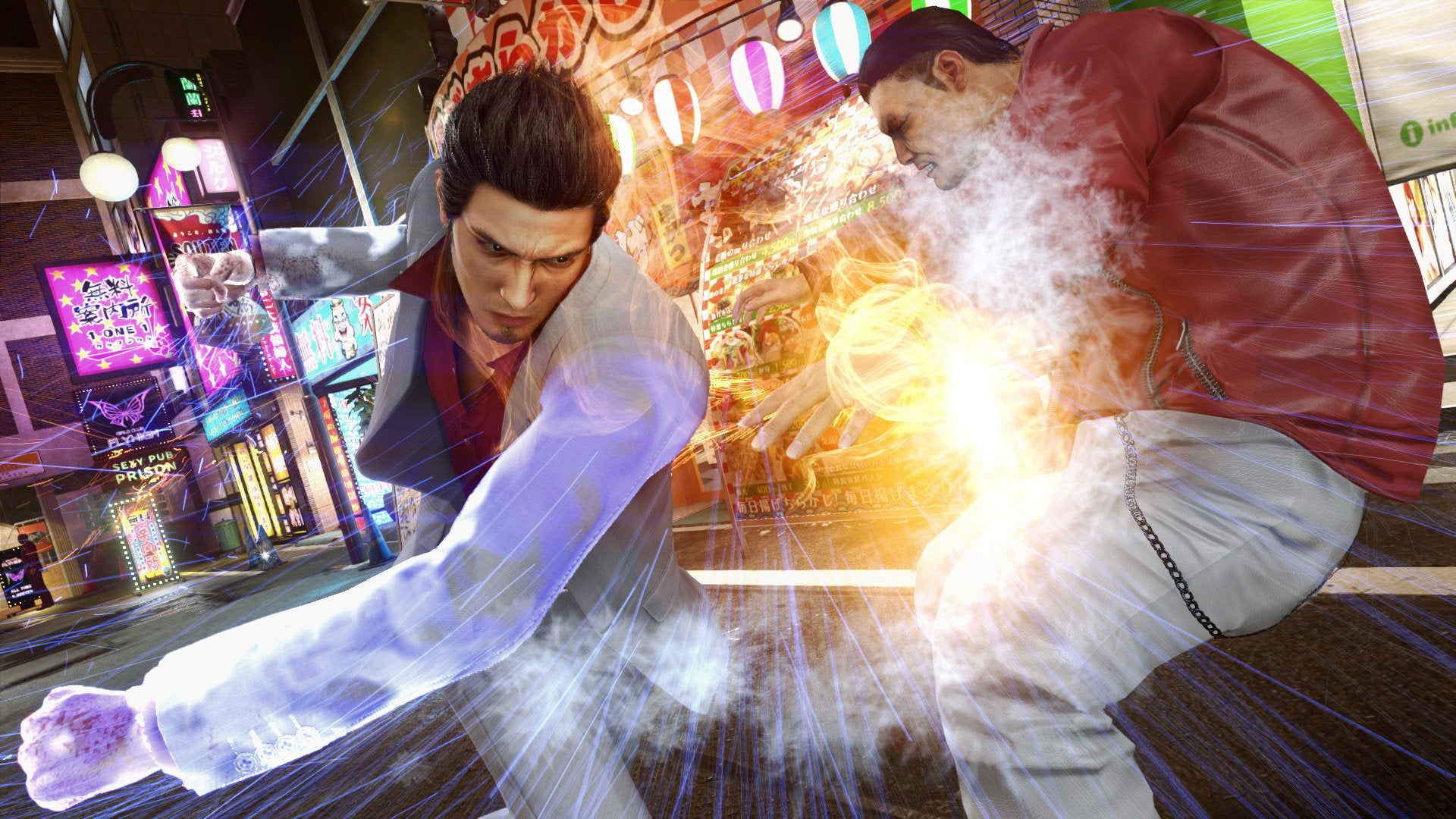 Technical issues aside, Kiwami 2 is a pleasure to play. Combat is brutal and satisfying, adopting a near-identical system to Yakuza 6 with a singular fighting style expanded with multiple upgrade paths and special moves to unlock. While nearing the narrative conclusion, I still found myself discovering new ways to obliterate thugs who dared cross the Dragon of Dojima’s path.

Heat Moves make a return. These hilariously violent techniques are activated with a press of the triangle button, contextually sensitive depending on weapons or environments in which you find yourself. A new addition to Kiwami 2 are allies, citizens across Kamurocho and Sotenbori who will throw Kiryu a weapon when instructed, if you’ve finished the necessary sidequests to unlock them.

Of course, these are predictably ridiculous with octopus, guitars and even bowls of ramen being hurled at enemies. Kiwami 2’s combat system isn’t overflowing with depth, and you can conquer most encounters with the same string of combos. Despite this, it remains engaging throughout, never failing to satisfy. Combine this with a rewarding progression system and it’s hard to really complain about. 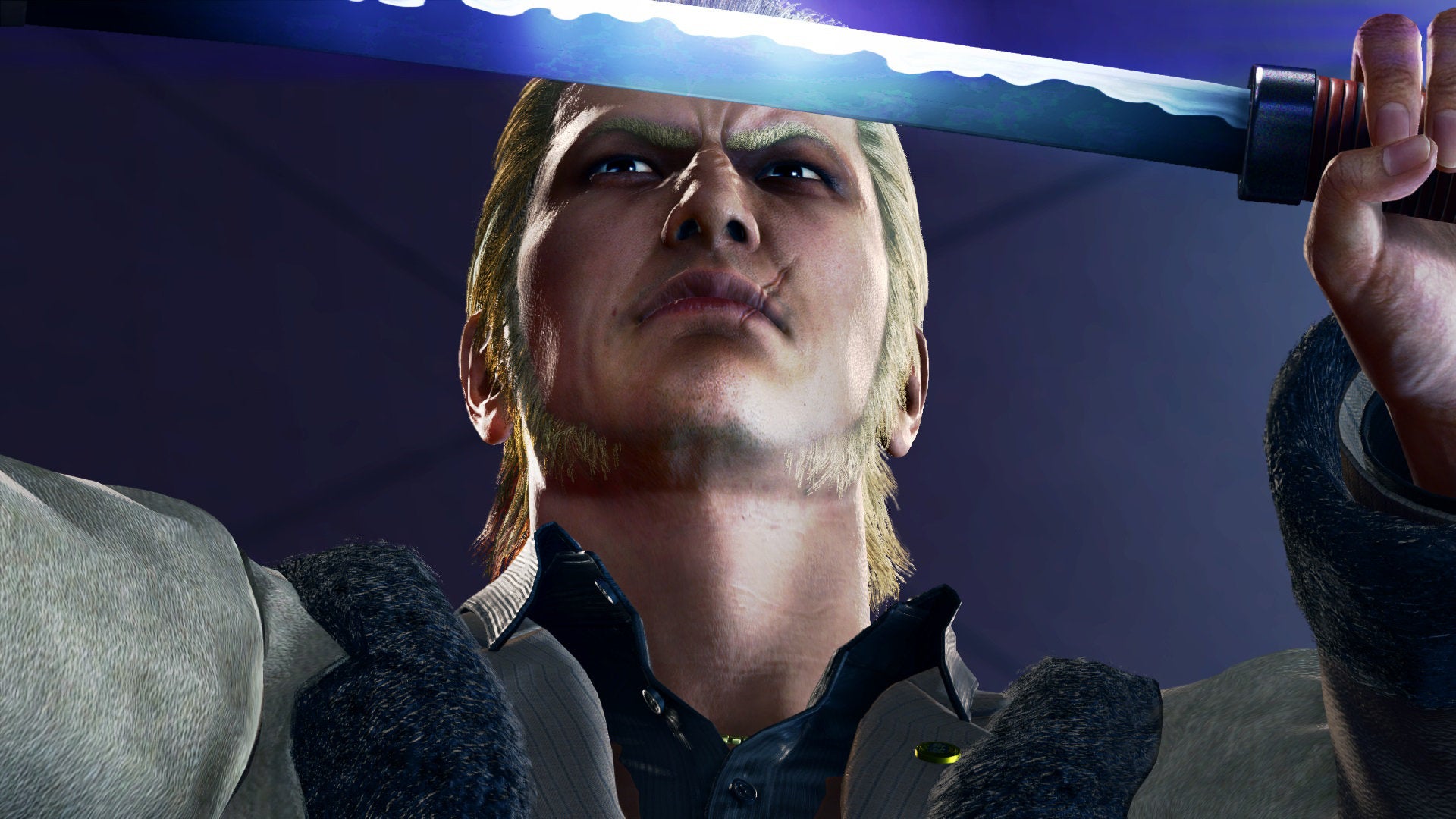 Exploration once again plays an integral part in Kiwami 2, and both locations will be familiar to series veterans in the form of Tokyo’s Kamurocho and Osaka’s Sotenbori. The former haunting ground feels like an old home after so many years, the layout burnt into my brain like the council estate I grew up on. It’s almost nostalgic to walk its streets, knowing exactly where I’m going and why.

This fond familiarity also supersedes any criticisms I’d have with SEGA reusing the same environments with each passing entry. Kamurocho is a character in itself in the Yakuza universe, playing an important role in the narrative as you bounce between buildings and characters with whom Kazuma Kiryu has established relationships.

The Red Light District looks like the real thing, too. If you’re a firm believer in virtual tourism, this is the next best thing ahead of booking a flight to Tokyo. Sotenbori shouldn’t be ignored either, since it presents an equally wonderful rendition of Osaka’s Dotonbori district, with all the vibrant excessiveness you’d expect of it.

Kiwami 2 establishes a sense of place that still feels unrivalled in its attention to detail. Streets, buildings and the citizens that occupy them feel alive and reactive to Kazuma Kiryu’s actions, whether he bumbles across them in the street or aids them in one of the game’s many sub-stories. 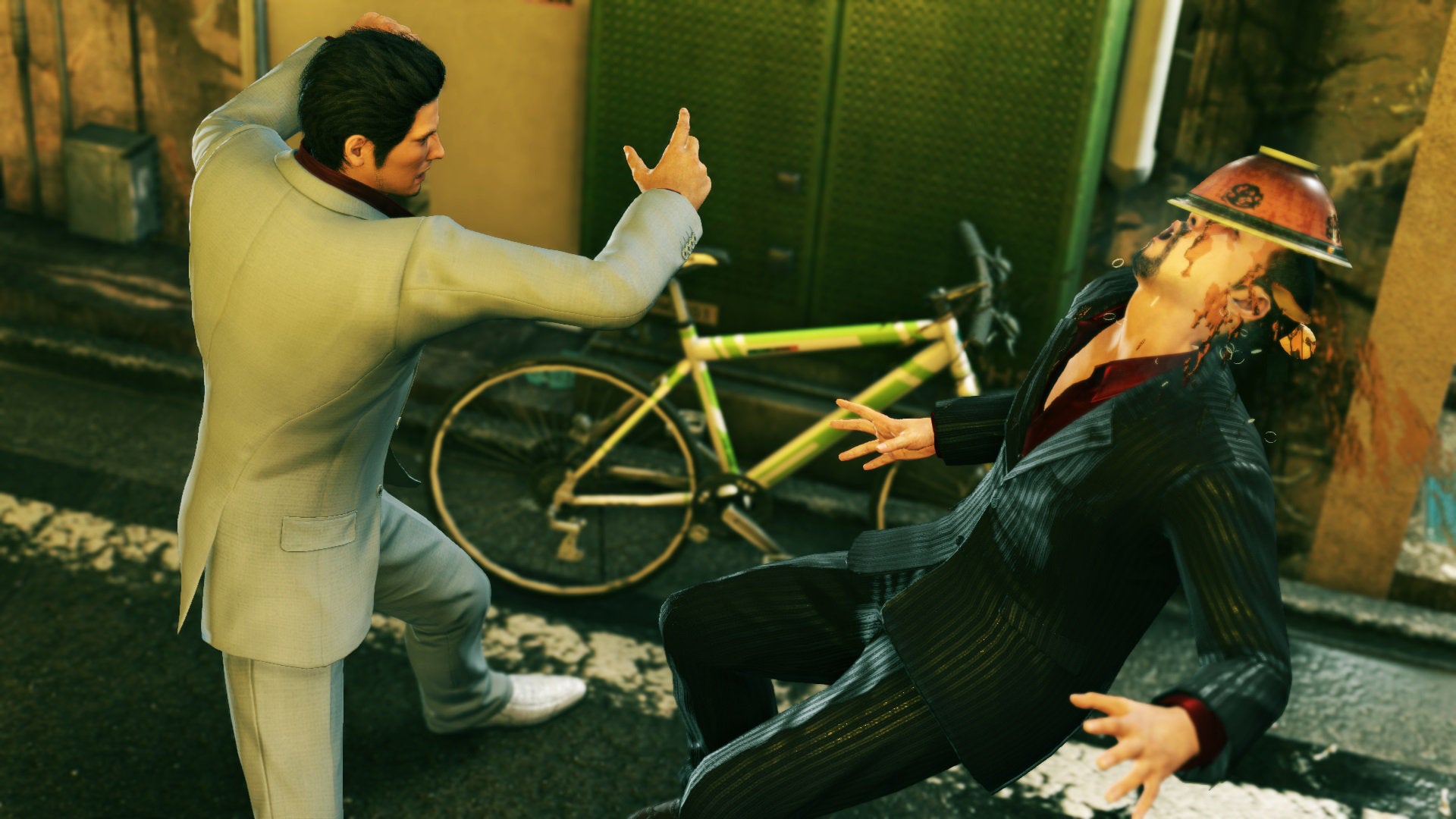 Acting as a form of side quest, sub-stories are wacky and unpredictable escapades in the life of Kazuma Kiryu. You might find yourself indulging the awful mixtape of an amateur rapper, or fighting off a horde of Yakuza indulging in obscure fetish play. Kiryu doesn’t kink-shame, but he won’t hesitate to let the fists fly if someone steps out of line. And yes, it does get pretty weird.

Side stories are complimented by a generous array of mini-games scattered across the cities of Kamurocho and Sotenbori. You can dive into the arcades for a cheeky session of Virtua Fighter 2, hit the Batting Cages, or even compete in a Cabaret Club tournament that can absorb hours of your time. That’s just the tip of the iceberg of what Yakuza Kiwami has to offer.

Once you’ve poured hours into Kazuma Kiryu’s journey, you’ll begin to unlock chapters in the Goro Majima Saga. This mode is an entire campaign in itself, introducing a new playable character with his own combat options, missions and more. Once again, the attention to detail is admirable, and delving into a fan favourite character from a new perspective is a treat.

I won’t spoil anything further, as the silly amount of surprises hidden among the depths of Yakuza Kiwami 2 are worth discovering for yourself, and I’m pretty sure a handful have already slipped under my nose.

Yakuza Kiwami 2 is another spectacular entry in the long-running series. It brings the 2006 classic into the modern generation with gorgeous visuals, engaging combat and a melodramatic story that hits all the right notes.

The sheer amount of content on offer across multiple modes and cities is an achievement in itself, made even better by the way in which Kiwami 2 unashamedly bathes players in the culture that inspired it.

Kazuma Kiryu’s journey may have concluded in Yakuza 6, but the way in which SEGA is allowing players to experience his entire story with so few obstacles is a joy to see.