For years, fans all over the world were convinced that Shenmue 3 was nothing but a distant dream, but now, it’s almost a reality. The first two games remain cult classics, enhanced with a welcome remaster in recent months that improved graphics and added plentiful new features.

Unfortunately, fans will now have to wait a little longer to experience Yu Suzuki’s later project, since Shenmue 3 has been delayed a few months beyond its original release date. However, that doesn’t make us any less excited for what’s to come.

Trusted Reviews has compiled everything you need to know about Shenmue 3 including all the latest news, gameplay, release date, trailers and more.

Shenmue 3 release date – when is it coming out?

Originally planned to launch in August 2019, Shenmue 3 has been delayed with a new release date of November 19th.

This puts it in the middle of a busy release schedule, but given the anticipation behind it, we can see Shenmue 3 standing out.

Despite having not announced a release date yet, YS Net has revealed the minimum system requirements for Shenmue 3 on PC. You can find he relatively modest specs below:

Of course, these are “subject to change” due to Shenmue 3 still being in development. This is good news, though, as players with mid-range hardware won’t have a problem pushing Shenmue 3 to its limits.

Shenmue 3 is an open world action-adventure title developed by Neilo and Ys Net. This third and potentially final installment will conclude Ryo Hazuki’s tale of redemption as he seeks to avenge his father’s death. We’re hoping for a vast open-world to explore with all the charm and innovation previous games dealt in spades. No pressure, then. 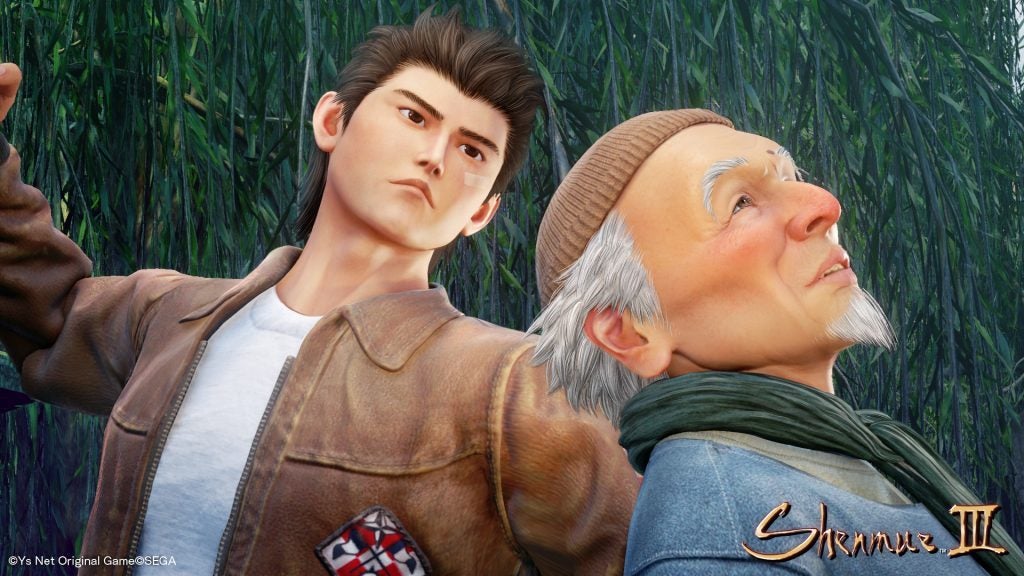 The 2013 Kickstarter campaign managed to raise a grand total of $6,333,295, with Sony providing marketing, publishing support and further funding. Whether Yu Suzuki and friends can pull off a fresh and engrossing adventure with such a budget remains to be seen, but we cannot wait to see them try. After all, the original Shenmue was the most expensive game ever produced at the time at around $70 million.

Shenmue 3 story – What’s it about?

Shenmue 3 seeks to conclude a story that began way back in December 1999 on the Sega Dreamcast, so there might be a bit of catching up to do.

Following the events of Shenmue 2, the year is 1987 and our hero Ryo Hazuki has journeyed from the bustling suburbs of Yokosuka to the mountains of Guilin, China in search of his father’s killer. Here he encounters Ling Shenhua, a beautiful, mysterious girl who previously appeared in his dreams. She tells Ryo that they are united by fate, and he must seek out his destiny and defeat Lan Di, his father’s murderer.

Shenmue 3 begins in Guilin’s Bailu Village, a rural riverside town filled with shops, minigames and characters to encounter. The true drive of Shenmue 3’s plot beyond the obvious tale of redemption remains a mystery, but will no doubt surprise passionate fans. 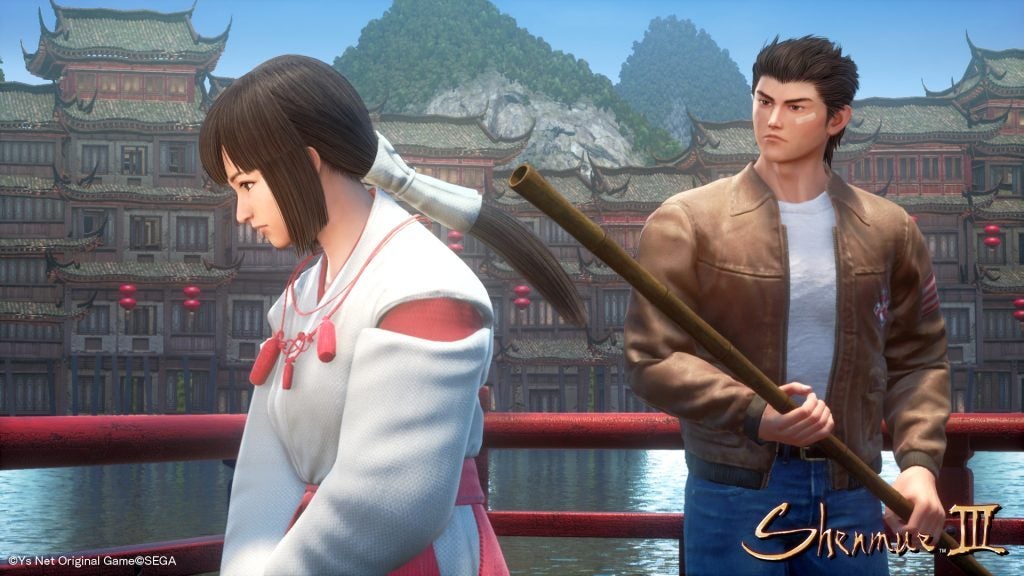 Shenmue 3 gameplay – How does it play?

We’ve yet to see any proper gameplay of Shenmue’s third outing, but series creator Yu Suzuki has provided us with plenty of tantalising details since the dream project’s surprise announcement. Ryo’s next adventure will once again be open-world, dropping him in the riverside town of Bailu. This humble little abode is packed with distinctive shops, temples and minigames for the player to enjoy, many of which may reward you with special items and bonuses.

Ryo will be able to make phone calls to his friends back in Japan, building upon relationships founded in past games through optional conversations. It is unclear whether this will impact Ryo’s stats, but it’d be a nice bonus for venturing off the beaten path. As far as combat is concerned, we’ve only seen a few small glimpses through pre-rendered screenshots and small minute development diaries.

Shenmue 3 trailers – How does it look?

The finished product is still a while off, but now we have our first teaser trailer showcasing gameplay, cutscenes and more:

Bring us back up to speed

Shenmue has a long and complicated history, with its story now 17 years old. It’s natural to assume that some players will be coming to the franchise for the very first time. We’d love to see some playable flashbacks implemented into the experience, giving us a taster of previous games through the perspective of modern mechanics. Either that or the ability to watch key cutscenes from older games via an in-game viewer would be excellent. The Yakuza franchise allows players to “reminisce” the plot of each game, meaning it’s always easy to jump in at any point.

Shenmue is a series famed for its dramatic, ground-breaking narrative, evolving our perception of videogame storytelling back in 1999. Imagine if Shenmue 3 made similar innovations, having player choice influence not only the open world, but the core story of Ryo Hazuki’s long sought after redemption. The addition of a multi-faceted dialogue tree would be welcome, giving us ample opportunity to shape our own interpretation of Ryo by spitting hot fire or lovely compliments. It’s kinda like Mass Effect without aliens and in 1980’s China. 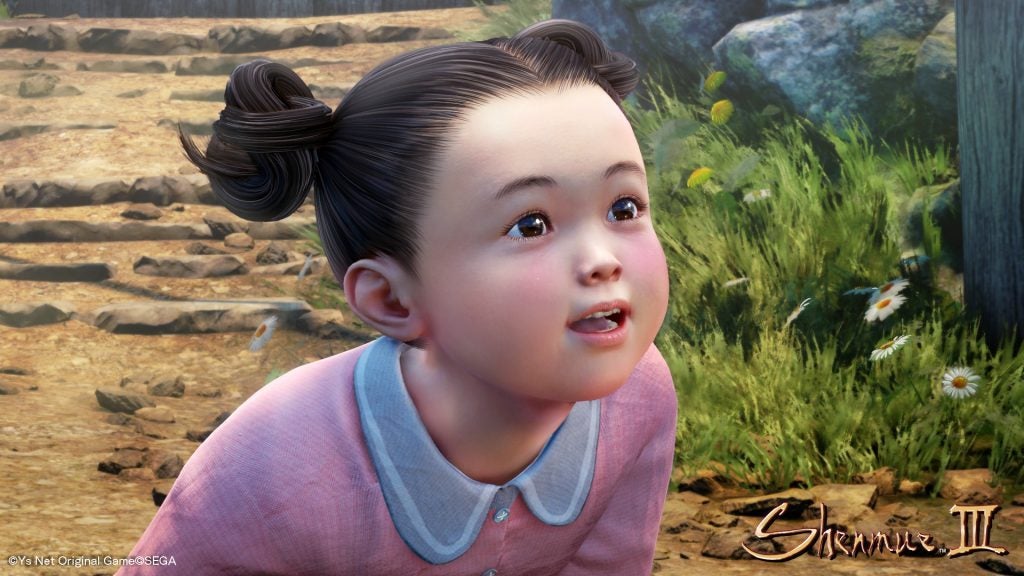 Remember the stray cat in the original Shenmue? Adorable wasn’t it? Shenmue 3 should give Ryo the option to adopt a pet of his own, having it follow him throughout town or wait for him back at home. It doesn’t have to be a cat, either. It could be a dog, parrot or even a lizard. Caring for a pet would add an extra layer of amusing depth to the open-world, providing you can find objects and gifts for your resident companion lying about. Just make sure he can’t own a tarantula or something.

What would you like to see from Shenmue 3? Let us know in the comments below!