“Let’s not bicker and argue about who killed who.”
Monty Python and the Holy Grail

Look at the battleground in the war against illegal file sharers and the casualties pile sky high. Kazaa, LimeWire, ShareReactor, Megaupload, SuprNova, LokiTorrent, NZBMatrix, Newzbin; ISPs ordered to block sites and track customers; The Digital Economy Act, SOPA, ACTA, Three Strikes Rules; countless members of the public sued in court… and this week yet more censorship as the UK’s six largest ISPs were ordered to block access to three more sites: Kickass Torrents, H33T and Fenopy. It is a scorched earth policy that needs to stop, lawyers must have their firing pins removed and common ground met because, low and behold, both the answer and the threat of a (literally) larger problem are now with us.

Pirates At Bay
First the good news. According to research company The NPD Group illegal music file sharing declined in 2012 and the numbers are impressive:

Was the answer litigation, laws and censorship? Don’t be silly. “The primary reason for this reduced sharing activity was an increased use of free, legal music streaming services,” said NPD. “In fact nearly half of those who stopped or curtailed file sharing cited the use of streaming services as their primary reason for stopping or reducing their file-sharing activity.” 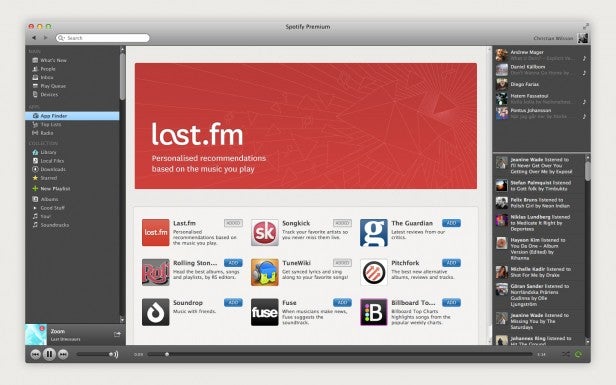 Right on cue the International Federation of the Phonographic Industry reported more good news: in 2012 the music industry posted its first overall revenue growth since 1999. It was just 0.3 per cent but driving it was, surprise surprise, musical subscription services which grew 44 per cent in the last 12 months while their revenues leapt 59 per cent in the first half of 2012 alone.

Even the record labels themselves had a rare moment of sounding happy. “Pirate services are clunky and old-fashioned,” said Rob Wells, president of Universal Music Group’s global digital business. “They’re being usurped by mass consumer migration to smartphones and access to millions of tracks from legitimate subscription services… the pirate option just cannot offer that complete consumer experience.”

That noise you hear comes from thousands of light bulbs collectively flicking on above the heads of record executives across the globe. Of course the music industry isn’t out the woods yet, but with the likes of Apple, Google and Amazon still to deliver subscription services it would seem there is room for massive additional growth which will further reduce piracy and bolster earnings. So we have an answer: after nearly two decades of fighting through the courts, the most successful way to counter piracy is simply to offer more compelling legal alternatives.

Video Killed The Radio Star
Yet with substance to finally back up a line of argument which has been preached for years, there is a new threat on the horizon that risks history repeating: video.

Illegal sharing of video, both television and film, is nothing new but in 2013 proliferation of big screen smartphones, so-called ‘phablets’, the continued rise of cheap tablets and mass 4G roll outs are set to drive portable video into the mainstream for the first time. Last September research from Kantar Worldpanel ComTech had already spelt out the obvious: the larger the screen size the more video (and content in general) you consume. 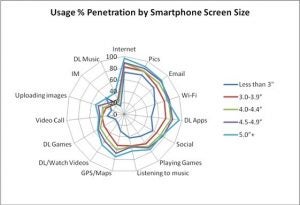 Consequently since January what have we had? *deep breath* The 5in Sony Xperia Z, Huawei Ascend D2, ZTE Grand S, Asus PadFone Infinity and impending Galaxy S4. The 5.5in LG K900, LG Optimus G Pro and 5.7in ZTE Grand Memo. Meanwhile cheap tablets got a boost from the 7in Asus PhonePad and 8in Galaxy Note 8.0.

Which leads to even more good news: the services are in place to make this happen. NetFlix and LoveFilm have mature platforms and polished apps, Sky Go and BBC iPlayer lead the way in on-demand and downloadable broadcast content with most of the other main channels following suit. In the UK the 4G spectrum auction also completed successfully last week, with widespread services set to launch in the second half of the year (full analysis here).

This is supposed to be a happy occasion…
Which brings us to the inevitable ‘but’ and that is the overriding villains of the piece: content creators. Broadly speaking content creators’ attitudes in 2013 align roughly with that of record labels circa 2005. None distribute evenly and fully to any one service, all insist upon DRM for subscription services, a great deal of content is staggered to appear after its release on physical media and fractured by exclusives, release times fluctuate widely around the world and quality levels are consistent only in their inconsistency. For any true TV and film aficionado the only solution would be to subscribe to every service available which would be both ridiculously expensive and still full of omissions. 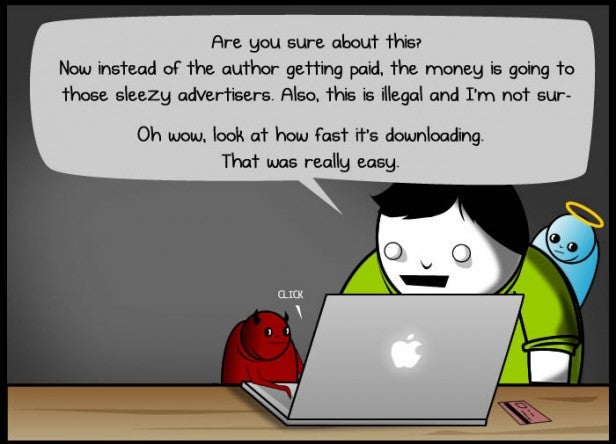 In particular it is a situation that currently gives illegal downloaders of TV series a sense of the moral high ground, a scenario which borders on the ridiculous. The consequences are inevitable, illegal video file sharing continues unabated. In February TorrentFreak revealed the last season of Game of Thrones has been illegally downloaded 3.9m times to date, that’s just 0.3m less downloads than the shows total number of US viewers. Interestingly some executives have been quick to justify these figures, but as millions of users upgrade to bigger, more video friendly 4G devices and find piracy their only source for the latest content, I suspect those arguments will stop.

The solution is straightforward: let bygones be bygones, stop worrying about who sues who and adopt the same attitude to streaming and download services that has seen record labels slash illegal file sharing and return to profitability. An unparallelled opportunity for studios is coming, but will they let piracy grasp it?