Huawei is known to most as a budget brand, but over the last year it has been quickly moving up gears. The Huawei Ascend D2 is a sympton of this move – it’s a high-spec phone with features that should, in theory at least, worry Samsung and co. We got a closer look at the phone to see if it’s worth getting excited about.

Huawei claims the Ascend D2 is the sort of phone that will stop you needing to take a laptop with you much of the time. It offers a large 5-inch screen, a powerful quad-core 1.5GHz processor and an impressive-sounding 13-megapixel camera.

In-hand, the Huawei Ascend D2 doesn’t immediately scream quality, though. Like the Samsung Galaxy S3, the phone has a plastic rear that comes to define the feel of the phone. 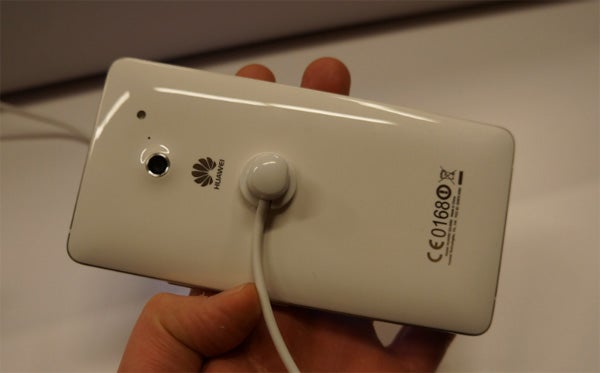 However, ergonomically it is sound, with a lightly curved rear that softens the D2’s shape, and the sides of the phone are metal rather than plastic. This should give the phone a higher-end feel than an entirely plastic phone, but in the warm environs of CES 2013 where the Huawei Ascend D2 was launched, the benefits of metal weren’t too apparent.

As it uses a non-removable battery cover, it avoids some of the creaky potential of poorly implements sheets of plastic. It’s a solid-feeling phone. What it arguably lacks, though, is much of a design personality. 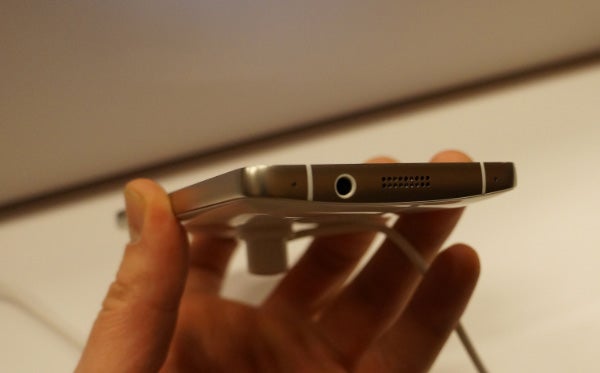 The Huawei Ascend D2 is mostly screen, with no soft keys and no notable design accents. Even the camera lens and single-LED flash on the rear – often used to give phones a little personality – are entirely innocuous.

Huawei has often produced phones that are popular among geeky enthusiasts, their low prices attracting crowds of hackers looking to further boost what they can do for so little money. These fans may be less than impressed to hear that the Huawei Ascend D2 does not offer expandable memory, although the internal memory is a fairly generous 32GB. In attempting to class up their act with hints of Apple and Samsung phone flavour, a few followers may end up feeling alienated. 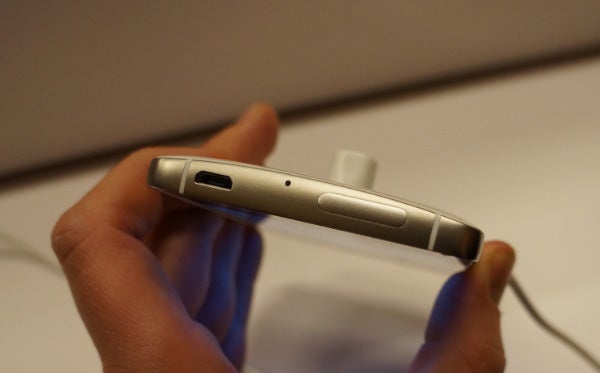 The Huawei Ascend D2 keeps its hardware design pure and simple, minimising the number of ports and buttons used. Even the microSIM slot sits under an Apple-like metal panel. The side benefit of this design methodology is that the phone is nearly water and dustproof. It’s certified to withstand sprays of water and dust, and Huawei’s Richard Yu claims it can survive being dunked in water. There are no rubber seals, as you’d find in a fully-fledged tough phone, though.

Although there are some flexibility trade-offs here, the core specs of the phone are hard to find fault with. Huawei claims the D2 is the “most powerful smartphone”, and while we’ll wait for the benchmarks to see if it’s true, general performance is excellent. The Huawei Ascend D2 has a quad-core 1.5GHz processor backed-up by 2GB of RAM. Although sure to be superseded soon, it’s at the top of its game.

We noticed no significant lag in operation, in spite of the phone’s use of a custom user interface that Huawei calls the Emotion UI.