What is the Asus Fonepad?

Can a name alone trip up a gadget? The Asus Fonepad sounds silly. Who wants a 7-inch phone, right? The truth is quite different. The Asus Fonepad is roughly based on the Google Nexus 7 tablet, but tweaks the winning formula by adding a memory card slot and including 3G as standard. What’s not to like? Very little apart from the unremarkable screen. And that is largely excused by the attractive £180 price. 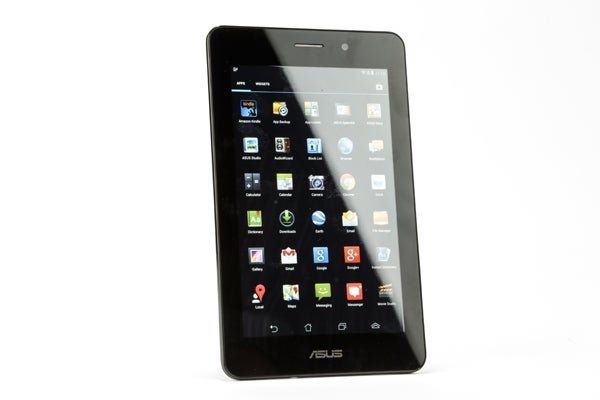 The Asus Fonepad is a 7-inch screen tablet running the Android OS. Its dimensions and weight are similar to those of the Google Nexus 7, one of our favourite Android tablets of last year.

The similarity is no surprise because Asus produced the Nexus 7 tablet for Google. The Fonepad is its own stab at the design, and despite adding 3G connectivity as standard, it costs £10 less than best price for the 32GB Nexus 7, at £179.99.

At 340g and 10.4mm thick, the Asus Fonepad isn’t desperately slim or light for its size, and the generous screen bezel has a whiff of ‘last-gen tablet’ about it. However, a solid bezel gives your thumb a place to rest without touching the capacitive touchscreen, it’s light enough to hold one-handed and aluminium rear gives the phone a cool, hard feel that plastic can’t provide. 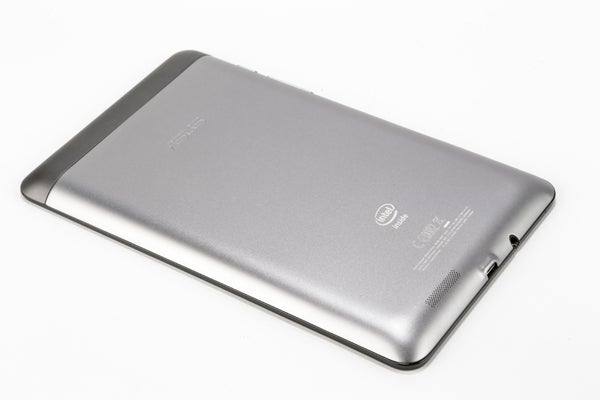 There’s just one bit of the Fonepad’s rear that isn’t covered in aluminium. Up at the top sits a strip of darker plastic. It is removable, and hides the 3G SIM card slot and the microSD memory card slot. It’s the memory card slot that means we’re not too bothered that the Fonepad has only 16GB of storage where the Nexus 7 offers either 16GB or 32GB.

So far we’ve covered three things you don’t get with the similarly-priced version of the Google Nexus 7 – 3G, expandable memory and a metal (rather than plastic) rear.

Other than these extras, the two tablets have similar connections. The main one is a microUSB port on the bottom edge, sitting next to the headphone jack. You get Android staples GPS, Wi-Fi, and Bluetooth, but there’s no NFC and no dedicated video output. 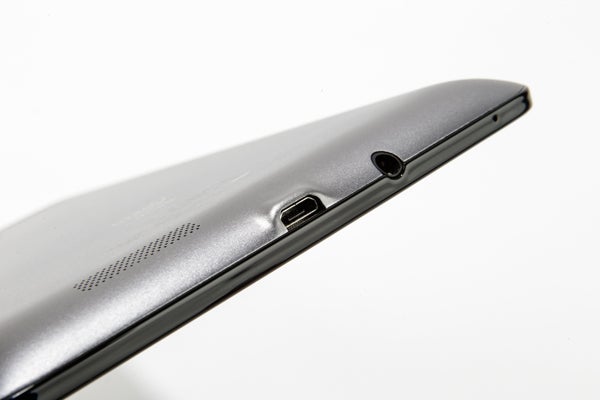 A lack of NFC may be seen as a bit behind-the-times, as it’s continually being incorporated into more and more super-portable devices. The Asus Fonepad’s screen is also not quite cutting edge.

Its display is near-identical to that of the Nexus 7 – it may even use exactly the same core panel. It is seven inches across and has a resolution of 1,280 x 800. 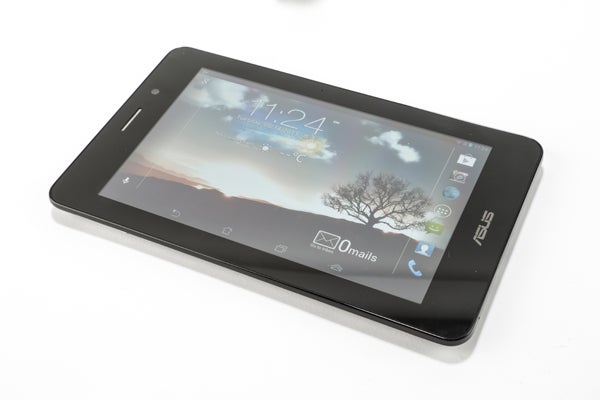 Viewing angles are good thanks to the IPS tech used in the screen – the same screen technology used in iPhone and iPads – but otherwise this is a distinctly low-mid level display. Colour reproduction and contrast are fine but well below what you’ll find in a pricier tablet and the screen surface is highly reflective.

That the display layer is recessed a little behind the top-most screen layer also reduces the immediacy of the Fonepad’s display. It lacks the pop of the iPad mini screen, although it is slightly sharper than Apple’s small tablet with 215 pixels per inch against the iPad’s 162. 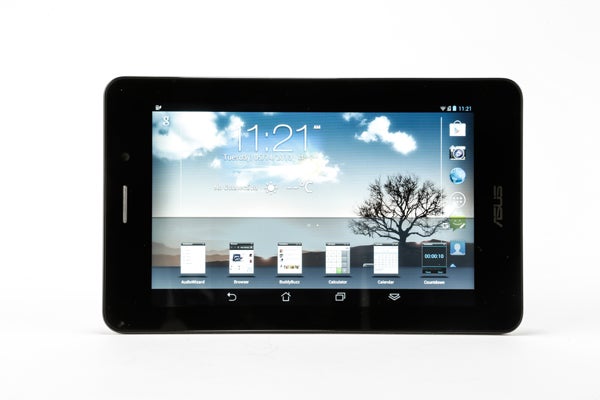 Low-cost tablets released later this year are likely to provide higher resolutions and superior image ‘pop’. However, you can tweak this with the Asus Splendid app, which lets you alter colour saturation and tone.