Now is the time of the 5-inch 1080p screen smartphone. ZTE’s offering to the screen gods is the ZTE Grand S. It’s slim, it’s colourful and it has the specs to do battle with the Sony Xperia Z and Huawei Ascend D2. But is it the best of the bunch?

The ZTE Grand S’s unique selling point is that it’s the slimmest of the latest wave of top-end smartphones. Just 6.9mm thick, it’s deliberately, conspicuously slim. With a metal body, it doesn’t feel like an inconsequential wafer, though. 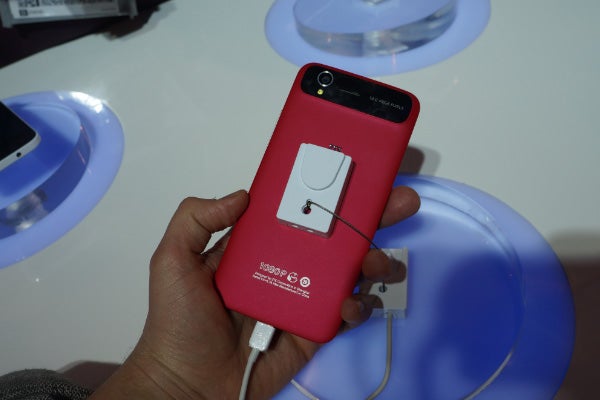 Unibody design, a selection of colours and an easily-identifyable camera lens housing on the rear make the ZTE Grand S one of the best-looking phones the company has ever produced. The only trip-up is the clear signing of the SIM slot, which feels like an unnecessary interruption of the otherwise largely pure-colour sides. However, the volume rocker and power buttons are cast in bare silver metal, but these conversely appear as accents rather than interruptions. 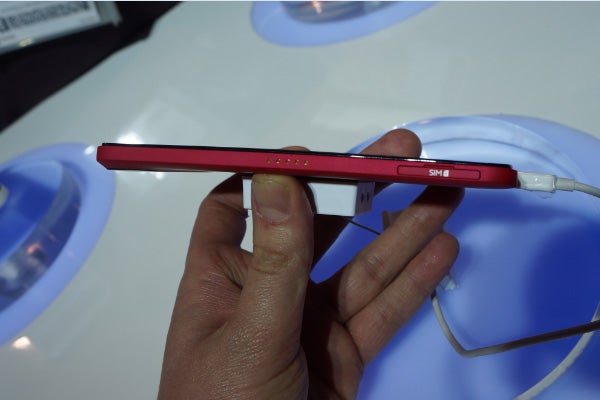 Next to the SIM slot is a series of metal connectors suggesting that ZTE has some Grand S charge docks in the works. There’s also a microSD memory card slot, to accompany the 16GB of internal memory.

Unlike the Sony Xperia ZL, the ZTE Grand S has a trio of hardware soft keys, sitting under the screen. However, they don’t seem to light-up, virtually blending invisibly into the screen bezel. 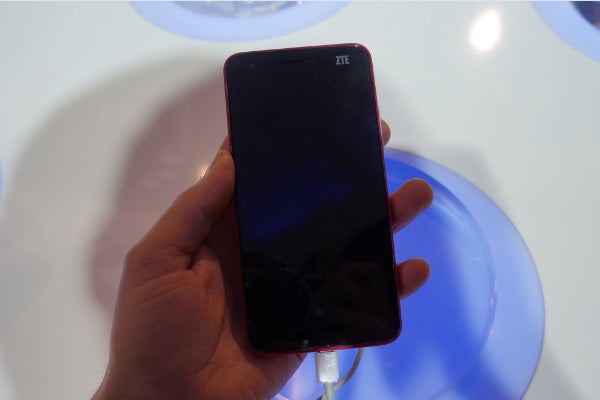 The ZTE Grand S arrives with an impressive list of core specs. Its processor is a quad-core 1.7GHz Qualcomm S4 Pro, it has 2GB of RAM and runs a customised version of Android Jelly Bean.

Performance appears to be great, although ZTE’s custom UI isn’t an improvement over vanilla Android. It doesn’t make dramatic changes, but the quirky visual alterations made to the apps menu seem a little unnecessary and main widgets aren’t as pretty as some. 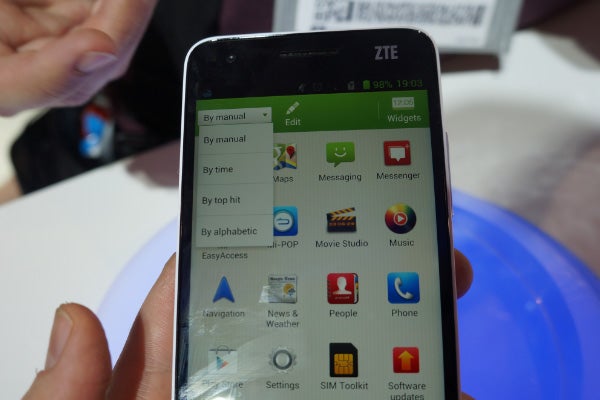 Like the Sony Xperia Z, the ZTE Grand S has a 5-inch 1080p screen. Pixel density is a borderline-ridiculous 440-plus DPI. If screens are made any more pixel-packed than this, there won’t be any point doing so. It’s a supremely sharp display. 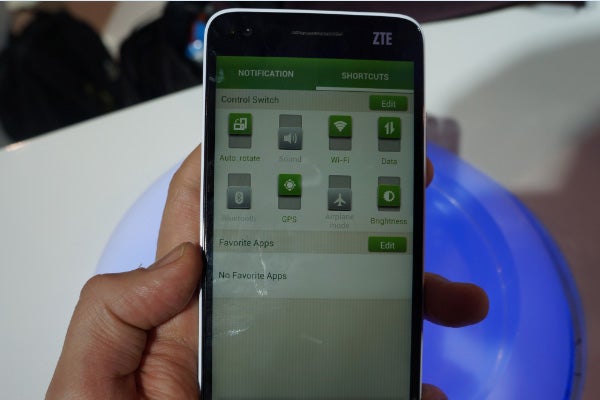 Screen brightness didn’t seem all that dazzling, but this is most likely down to the intense lighting of ZTE’s demo zone. We expect screen performance to be roughly on-par with the Sony Xperia Z and Huawei Ascend D2. 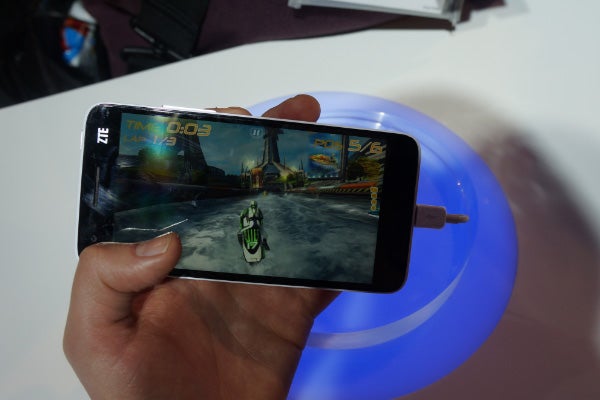 The ZTE Grand S has two cameras, a 13-megapixel LED flash-equipped snapper on the back and a 2-megapixel video chat camera on the front. Much like the screen specs, this is exactly what’s offered by the latest rivals from LG, Sony and Huawei. It’s perfectly possible the ZTE Grand S uses exactly the same main sensor as those models too.

Where the ZTE Grand S strays from the pack is with its battery. Contrary to early reports that the Grand S would have a 2,500mAh battery, it appears to use a 1,780mAh unit. This is significantly worse than the batteries of its rivals. 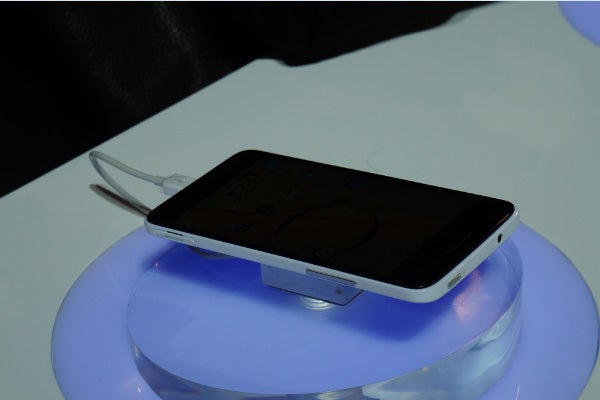 The Huawei Ascend D2 has a 3,000mAh battery. The difference is so great that we’re seeking confirmation from ZTE that the thing is really as piddly as reports suggest. Stay tuned.

The ZTE Grand S is to go on sale shortly in China, with launches elsewhere to follow. No UK release date has been announced, and there are no price details currently available. We’ll be back with more information as it becomes available.