Huawei has just taken the wraps of its much hyped flagships for 2016. One is called the P9 and the other is the P9 Plus and they both follow in the footsteps of last year’s P8.

The P8 was the brand’s first phone to get mass market appeal and even though it followed it up with two fairly uninspiring devices in the Mate S and Mate 8, there was of course the fantastic Nexus 6P sandwiched in between the two.

The P9 might have what it takes to finally make Huawei a household name in Britain. But what exactly is the difference between the two models? And which should you buy?

WATCH: Check out our hands-on of the Huawei P9

Huawei P9 vs P9 Plus: Both the cameras have seen a big improvement

Several times during the run up to the P9 launch, Huawei teased the camera tech that would be involved. It even sent out nifty little press invites made from retro looking camera film. All very quaint.

And there’s quite a lot to get excited about with the camera on the P9. Well, we should actually say cameras, as the P9 is following the lead set by the LG G5 with dual sensors on the back. 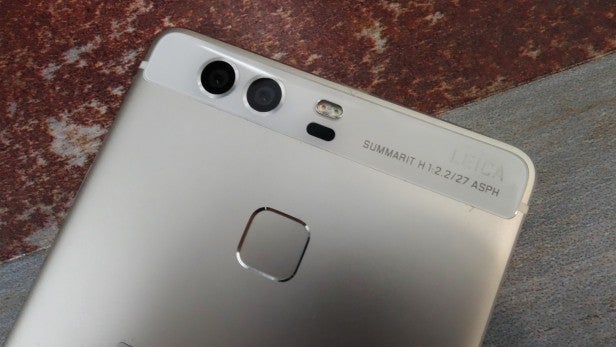 There are two 12MP sensors adorning the metal rear of the phone, both of which are engineered by legendary camera maker Leica. Leica is world-renowned for its lenses and high-priced cameras, so having some of the same tech at work here could be a big boon for the Chinese company.

One of the sensors is dedicated to monochromatic photos, while the other captures more conventional colour snaps. They can also be used together, with the black and white sensor helping improve low-light shots.

Thankfully, Huawei has decided to keep the the cameras on both phones the same rather than reserving the fancier tech for the more expensive device.

Huawei P9 vs P9 Plus: They’re both thinner than the competition, but that isn’t the whole story

These are two of the thinnest phones around, which sounds like it should be a good thing. Not so much. The P9 Plus is just 6.95mm thick, that’s thinner than the 7.9mm Galaxy S7 Edge and the 7.1mm iPhone 6S, and while it’s nice to look at it makes the phone very difficult to hold.

After holding the P9 Plus for a matter of minutes we wanted to put it back down, it’s just that bit too thin. There isn’t much to grip onto, and as it’s quite a large phone, with a 5.5-inch display, it can be a struggle to use. 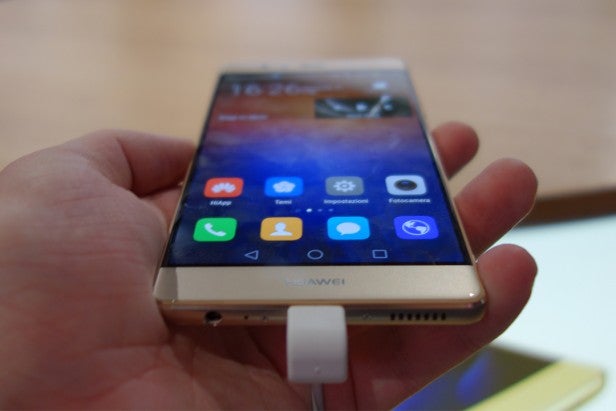 Even though it’s still very thin, there’s less of an issue with the regular P9. It has smaller overall dimensions, which are about the same as an iPhone 6S, but it has a larger 5.2-inch display, meaning it’s simple to use in one hand.

Huawei P9 vs P9 Plus: ‘Press Touch’ is reserved for the Plus model

You know Apple’s 3D Touch and Force Touch tech? Those displays that not only react to how long you press down, but also the strength of that press? Well, Huawei has something very similar.

It’s called Press Touch, and it first debuted on last year’s Mate S. It’s back again here, but only in the Plus model. 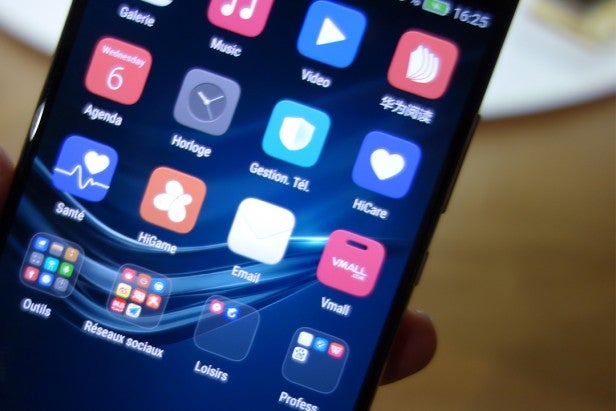 Now, after using it for a bit we can say that this is far from a killer feature. You can zoom in on a picture by pressing down hard on the screen and access a couple of shortcuts by doing the same thing on app icons, but it’s limited.

Huawei says 18 apps will use the feature, but more should follow.

If you’re a fan of larger, phablet style phones then the Plus is the P9 for you. It has a 5.5-inch display as opposed to the 5.2-inch version.

But, both have the same 1080p resolution so the smaller version is actually the sharper of the two as it’s cramming more pixels into a more compact display.

We’d like to have seen a quad-HD display on the larger model. Not only does the considerable cost of the P9 Plus seem to justify it, having an improved resolution would also differentiate the two models a little more. 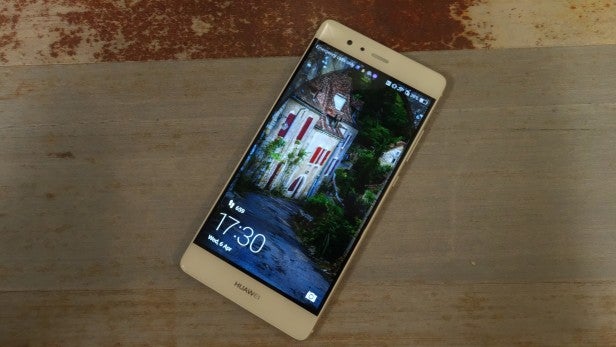 Both phones also have the same Kirin 955 CPU tucked inside. This piece of silicone is custom made by Huawei and if it manages to perform as well as these chips have in the past, it’ll be one of the best on the market.

While the CPU is the same in the two, the RAM isn’t. The P9 has 3GB, while the Plus has 4GB. This shouldn’t make much difference in general use, but it should allow for slightly smoother multitasking.

There are two other key differences between the P9 and it’s bigger brother: the speakers and battery.

First off, let’s talk about the battery. Larger phones tend to have a bigger battery, because they require more juice to power the display and there’s more room to fit the cell in. The story is the same here, the P9 Plus has a 3,500 mAh battery and the regular P9 has a 3,000 mAh version.

We’ll have to fully put them through their paces, but with that small increase we’re not sure there’ll be a big jump in battery life. 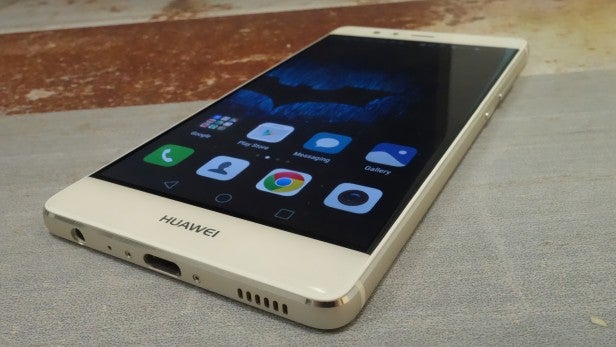 The P9 Plus also benefits from Dual IC rapid charging, meaning you’ll get six hours of use from a mere 10-minute charge.

There should be a massive improvement in the speakers though. The P9 Plus has front-facing stereo speakers, rather than a single one on the bottom.

Both the P9 and P9 Plus are really exciting devices with a lot of interesting camera features and lovely designs. Yes, the larger model does have some extra features working in its favour, notably the stereo speakers and extra hit of RAM, but it’s a tough beast to hold due to its overly thin form factor. It’s also expensive, starting at 749 euros. The regular P9 is a little more affordable, coming at 599 euros.

What are your thoughts on the new Huawei phones? Let us know in the comments below