What is the Huawei Mate S?

The Mate S is Huawei’s latest attempt to replicate its success in China in Europe and the USA.

It’s a sleek, well-built smartphone with a great screen and a fantastic fingerprint scanner, but its needless extra features and mediocre battery life stop it from being a complete success.

Especially when the price begins at £419.99 for the 32GB model from Carphone Warehouse, it’s going head to head with the Nexus 6P and Moto X Style.

The Huawei Mate S is a good-looking phone. I’d go as far as saying it looked great – up there with the iPhone 6S Plus and Samsung’s Galaxy S6 – were it not for its harsh, straight edges. 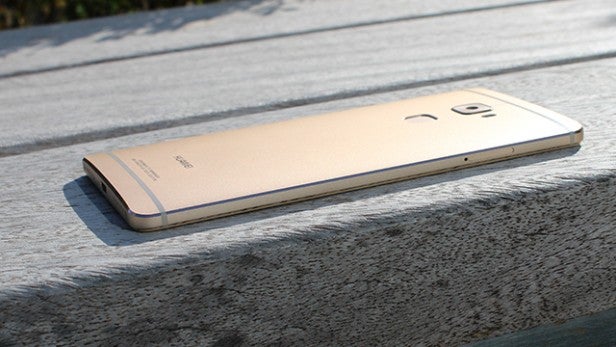 I prefer holding phones which have curved sides, as they’re more comfortable to hold for long periods of time. The Huawei Mate S is a little too straight, too rigid and I find it digs into my hands.

But even with this issue, I’m still impressed with the Mate S’s design. If you’ve previously only thought of Huawei as making cheap, fairly nondescript phones – and I wouldn’t blame you, as it’s made a lot of them – then the Mate S will change your mind. This is an intricately crafted metal device, with chamfered edges that glisten like jewellery when light shines off them.

The back curves ever so slightly – a must to battle those straight sides – and the front is dominated by a near edge-to-edge 5.5-inch, FHD display that’s covered in Gorilla Glass 4. 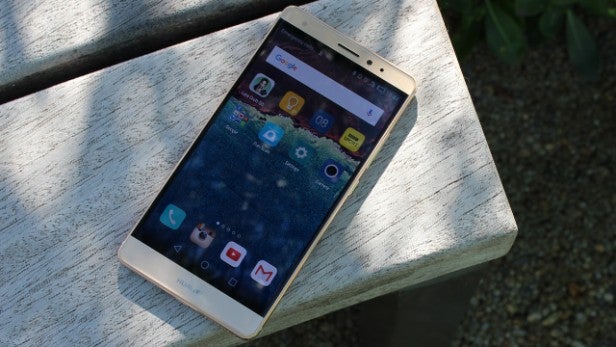 Considering this is a 5.5-inch device, it actually feels really compact. It’s dwarfed by the iPhone 6S Plus which has the same screen size, and has a similar footprint to the 5.2-inch Sony Xperia Z5. It’s seriously light too – tipping the scales at a mere 155g. To put that into perspective, the iPhone 6S Plus comes in at 192g and the Sony Xperia Z5 at 152g.

A particularly nice touch are the flush antenna lines, which colour match the device. They’re still noticeable, but they’re less in your face and obvious than the ugly ‘tan lines’ that worm around the rear of the iPhone 6S.

Sticking with the back of the device for a moment, and as you can see from the pictures it bears a striking resemblance to a certain device from HTC. Yep, there’s a whiff of the One series here. Considering that’s a sleek device, I’m not complaining. 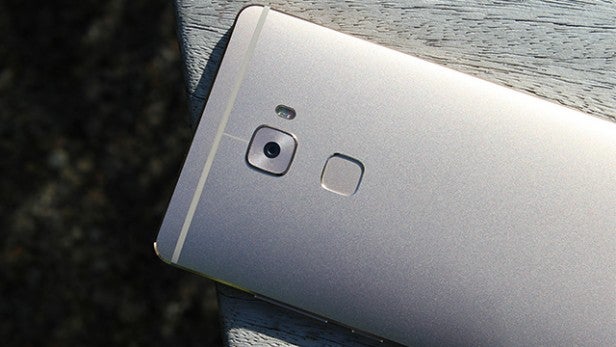 On the top there’s a headphone jack – come on, these need to go on the bottom – and a microphone. The bottom houses a frankly awful speaker. It’s tinny and distorted, and useless.

If you’re one for subtler phones, I’d suggest you steer clear of the ostentatious ‘Luxurious Gold’ colour option. I’m not completely against gold phones, I’ve got a soft spot for the colour on the iPhone, but here it’s more tacky than classy. The ‘Titanium Grey’ option is a much better pick.

Huawei’s loaded the Mate S with a 1080p 5.5-inch display, as opposed to one of the pixel-dense quad-HD panels seen on most competing top-end handsets this year. It’s crisp, detailed and bright, with decent contrast and inky blacks. 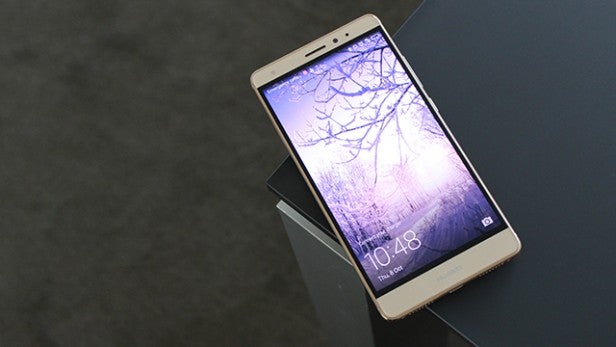 Being an AMOLED panel, colours do have a tendency to come through a bit oversaturated and yellows and reds especially are brighter than they should be. In normal use it doesn’t make much of a difference, but it’s certainly noticeable when scrolling through vivid photos.

Huawei has included a handy setting which lets you alter the temperature of the screen so you can cool it down. I prefer it a little cooler as it looks more realistic, but I appreciate the option to customise it depending on taste.

Viewing angles are great and there’s no visible gap between the Gorilla Glass 4 and the display so it feels like you’re actually touching the pixels.

It’s a great panel and one of the Huawei Mate S’s most impressive features. I’m not pining for a quad-HD resolution, which says something.