What is the Huawei P9?

The Huawei P11/P20 might be coming soon, but the older Huawei P9 is now available for less than £300 and even though it’s nearly two years old it’s still a decent phone.

Little was updated in the move the P10, so here you’ve still got those two Leica lenses and a 5-inch FHD display. Read on for our full review.

Video: Check out our hands-on impressions of the Huawei P9

2016 has been a great year for Android fans, and seen the release of some of the prettiest smartphones ever. Highlights have included the super-swish Samsung Galaxy S7, the awesomely metal HTC 10 and the modular LG G5.

The P9 stands alongside these stellar handsets on the design front and is the best-looking smartphone Huawei’s ever made. It has an undeniable iPhone 6S-ish feel, featuring a unibody metal chassis with flat sides. The metal, combined with the P9’s almost bezel-free display gives the phone a feel that’s on par with any 2016 flagship I’ve tested.

Huawei’s also loaded the P9 with a decent portfolio of connectivity. At its bottom you’ll find a USB Type-C port, and along its long right-hand side you’ll find a Nano SIM and microSD card slot. The microSD will let you add a further 128GB of space to the phone’s inbuilt 32GB/64GB. But be warned, if you’re planning on taking advantage of the microSD, the P9 doesn’t support Android Marshmallow‘s Adoptable Storage feature.

Adoptable Storage lets you instruct your phone to treat SD card storage like native storage – meaning you can do things like install apps directly to the SD card. On past handsets, such as the HTC One A9, I’ve found the feature massively helpful, as it let me walk around with my entire music and games library downloaded with space to spare.

There’s a good reason why Huawei, and other phone makers including Samsung and LG, are turning Adoptable Storage off. Running Adoptable Storage means you can’t swap the SD card out without damaging/impacting the smartphone’s performance. Using a cheap SD card will also hamper the phone’s overall performance, so Huawei’s decision is understandable, albeit a little disappointing in my mind. 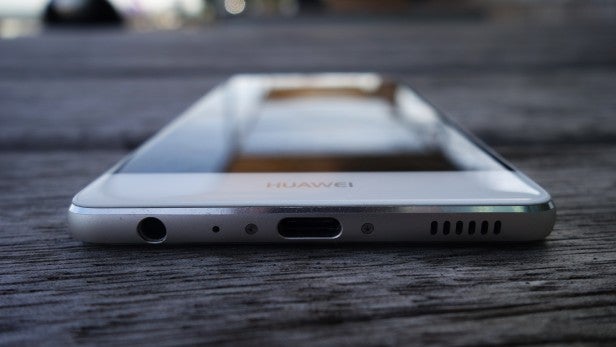 Outside of this, Huawei’s loaded the P9 with a Level 4 fingerprint scanner on its back. Huawei claims the scanner is a marked step up from the Level 3 scanners seen on competing phones and will be noticeably faster and more accurate than competitors.

I didn’t notice much of a difference between it and competing fingerprint scanners like the ones seen on the Galaxy S7 or Nexus 5X. But this isn’t an issue and the scanner is still more than good enough. It’s super-fast and the only times it failed to recognise my fingerprint was when I was using the phone in rain, or had dirty hands.

Huawei’s also made it so you can use the scanner to enact some basic commands. The controls are activated in the phone’s settings menu and let you do things like pull down the notification panel and scroll through photos by swiping on the scanner. The feature sounds minor, but I found myself using the scanner to check incoming alerts on a regular basis after only a couple of days with the P9.

Build quality is solid. Drop testing it on my wooden kitchen floor, the Huawei P9 survived crack- and chip-free. Though the body’s metal does feel slightly more flimsy than the alloy used on the HTC 10, and can be prone to picking up dirt marks.

The phone’s also not as comfortable to hold as the Galaxy S7 or HTC 10. Its miniscule 7mm thickness, combined with its flat sides, can make it feel slightly slippery – which will be an issue for clumsy users who regularly drop their phones.

To spec-heads the Huawei P9’s 5.2-inch display isn’t anything to write home about. The FHD 1080 x 1920 resolution puts it well behind competing smartphones such as the Galaxy S7, which generally have cornea-slicingly sharp QHD  2560 x 1440 resolutions. But being honest, with everyday use I didn’t have any serious complaints about the screen.

There’s been a lot of debate about when the human eye stops being able to tell the difference between resolutions. Some people say it’s when we break the 300ppi (pixels per inch) density milestone, while others think we can spot the difference past 500 ppi. Whatever the truth of the matter, I found the P9’s 423ppi display more than sharp enough. Icons and text are universally sharp and pleasingly free of any signs of pixelation. 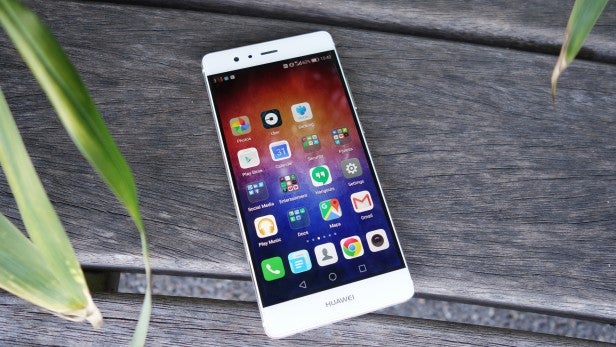 The use of LCD screen technology ensures blacks are nicely deep and colours have a good amount of pop, without looking over-saturated. The phone’s colour temperature setting also makes it quick and easy to adjust it to meet your personal preference.

White levels are slightly muddy compared to competing handsets, but are far from terrible, and viewing angles, while not the best I’ve seen, are suitably wide. All in all, the P9’s screen isn’t the best around – that title goes jointly to those on the Galaxy S7 and HTC 10 – but it’s more than fit for purpose. 99% of people will have no issue with it.