What is the Huawei Mate 8?

Every time a new Huawei phone is released, there’s the same question asked: Can we have this design, but without the awful software? Last year, with the Nexus 6P, that request was finally answered.

No one is really asking for a Nexus 6P with awful software and in many ways that’s exactly what the Mate 8 is. It has a similar build, camera specs and it’s very fast, but it struggles to really compete. It’s still a good phone, but it’s another missed opportunity for Huawei to really make its mark in the USA and UK.

If there’s one thing you can count on from a Huawei flagship, it’s that it will look pretty stunning. Both the Huawei Ascend P8 and Huawei Mate S easily matched the craftsmanship you’d normally expect from Apple, with a mixture of metal, glass and other high-end materials.

The Mate 8 follows this pattern, taking many cues from its half-brother the Nexus 6P. The sides of the phone are chamfered, reflecting light like a jewel. It’s an old trick used by Apple as far back as the iPhone 5, but I still think it looks great. 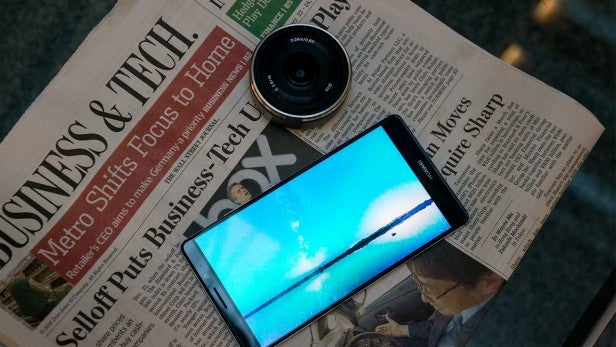 Like the Mate S, the back slightly curves. The curve is only subtle, but it makes the Mate 8 more comfortable to hold than most flat back competitors. This is an impressive achievement as it’s a frankly huge phone.

Yes, it’s a touch shorter than the Nexus 6P and iPhone 6S Plus, but it’s much wider, meaning you really have to wrap your hand around it. Like using your phone in one hand? Don’t even take a second look at the Mate 8, it’s virtually impossible.

The only other phone I have used that can match the Mate 8 for size is the Nexus 6 and that was described by many as unusable due to its massive footprint.

Considering just how big it is, it feels surprisingly light. It isn’t though, at 185g it should feel heavy but the weight seems to be spread out well across the metal phone. 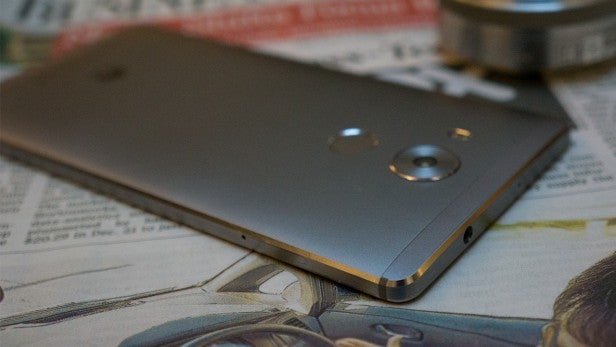 I’m far from convinced about the ruggedness of this phone though, but then again I am coming from the shatterproof and downright durable Moto X Force. After a few days with the Mate 8 jangling around in an empty pocket it has already starting to pick up noticeable scratches and even a slight scrape on the side. On the plus side, Huawei includes a case in the box. It’s hardly pretty, but it’ll get the job done.

The majority of the specs on the Mate 8 are some of the best out there, except one. The 6-inch display isn’t 4K like the Sony Xperia Z5 Premium or quad-HD like the Samsung Galaxy S6.  It’s only 1080p. What is this, 2014 again?

Stretched out over 6-inches is where quad-HD, that’s 2560 x 1440, really comes into its own so it’s a shame to see it missing on the Mate 8. Maybe it’s cost cutting measure, but this is still a premiumly priced device at £429. 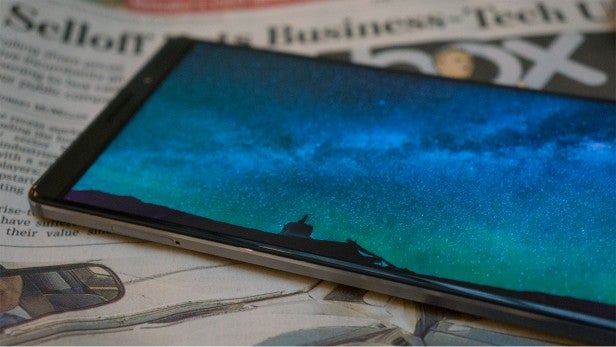 I’m not saying the screen isn’t good: It’s sharp enough to make seeing pixels difficult, has decent viewing angles and once you’ve kicked it up all the way, the brightness is fine. But it pales in comparison to much of the competition.

My main issue is with colour reproduction, whites have a pinky finish and reds come across overly bright. Blacks are nice and deep though, and with such a large screen it’s great for watching YouTube.

Maybe I’ve just been spoilt with great screens over the past few months. Even other 1080p panels, like the one used in Sony’s Xperia Z5, are of far higher quality than this.