3D Touch is one of the key new features of the iPhone 6S and 6S Plus, but what can you actually do with it? Read on to find out.

In essence, 3D Touch is a system that detects how hard your press on the iPhone’s screen. It was first introduced on the Apple Watch as Force Touch, but the new iPhones introduce an extra level of pressure that creates more options.

You can watch 3D Touch in action in our hands-on video below, but read on further for a little more detail into exactly what it adds to the new phones.

VIDEO: See 3D Touch in action in our iPhone 6S Plus hands-on video

How does 3D Touch work?

Before we go into how it works, here’s a breakdown of the technology behind it. Unlike multi-touch technology, which allows you to pinch and zoom, 3D Touch will let you do what Apple calls ‘peek’ and ‘pop’. Peeking on content basically means previewing the piece of content by pressing lightly on the screen. When you ‘pop’ – press on the screen longer – this will expand the content, letting you interact with it.

To do this, Apple has employed capacitive sensors integrated into the backlight of the Retina HD display. When the screen is pressed, those sensors measure the space between the cover glass and the backlight. Combined with the touch sensor and the iPhone’s accelerometer, these provide the continuous response to the finger pressure.

Apple said it had to create its most sophisticated haptic feedback engine it calls the Taptic Engine that’s able to more accurately respond to the different levels of pressures on the screen.

So here’s what you can do with it. 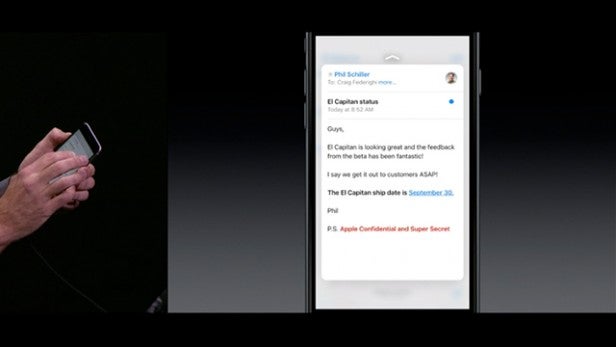 Check in on your emails

3D Touch works inside Apple apps and Mail and it seems like a natural fit for the new feature. In this scenario, a light press or ‘peek’ will let you preview an email. This will expand the message. Press harder and you can actually interact with the message. You’ll now also be able to swipe from the side or below to act on the message or simply send it to the trash. 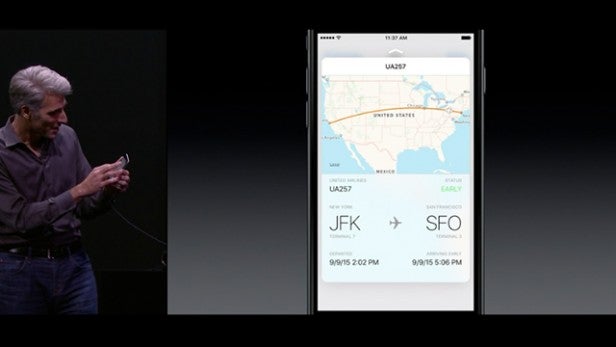 Perhaps one of the most useful applications of 3D Touch is using it with Messages. When someone texts you with a time or even a location you can peek at it to see if you have time in your calendar or view the location on the map. You can now peek into URLs without opening Safari as well and view departure and arrival times if someone has sent you flight details. 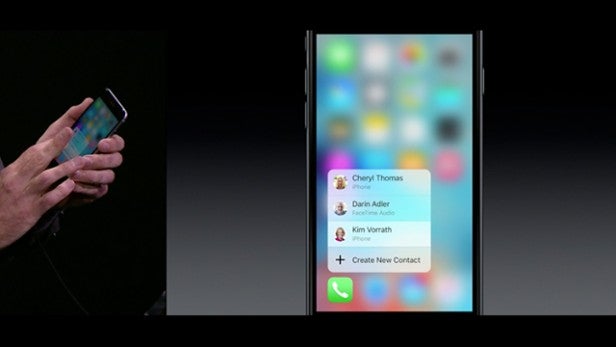 If you want to access apps without even opening them, 3D Touch will let you do that as well. So from the homescreen you can peek on Phone and Music to quickly call a favourite contact or tune into Zane Lowe on Beats 1 Radio, or even your favourite group. 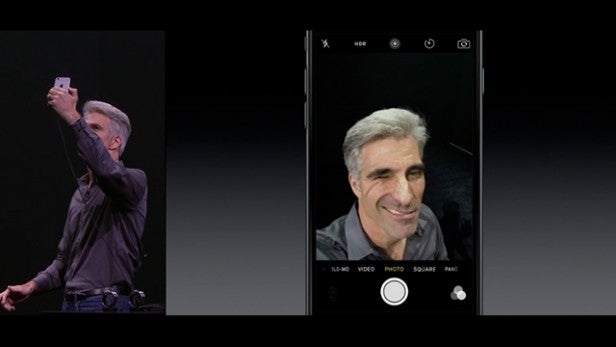 For those self-obssesed iPhone owners, and we’re sure there’s a few out there, a press on the screen will give you quicker access to the new 5-megapixel FaceTime HD camera to shoot a pic. To preview, you can use the peek mode to glide through the images. 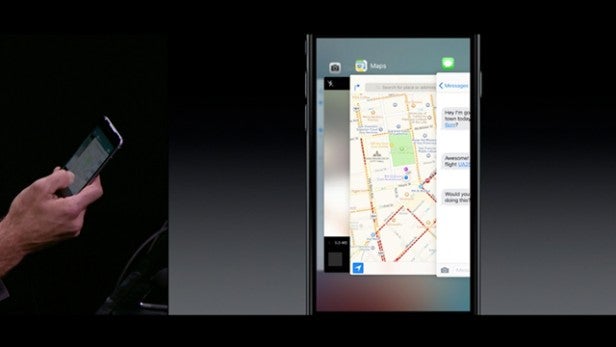 Currently, if you want to see what else is running on your iPhone then you’ll need to double tap on the home button. Now with the iPhone 6S and the 6S you have an alternative way to check on those multiple apps bubbling away in the background. While inside an app, holding down on the screen will open up a full size multitasking mode letting you swipe through and across to different apps. 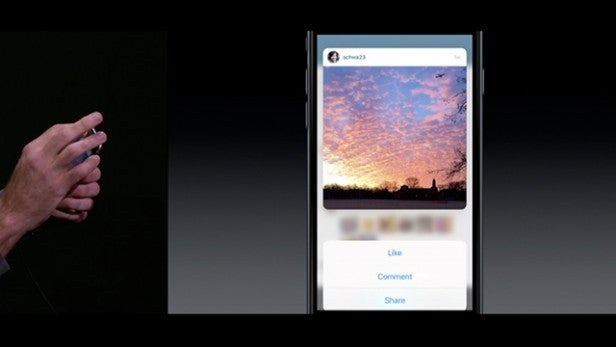 It works with third-party apps

Unlike when Apple launched the first generation Touch ID sensor, 3D Touch will support third -arty apps from the start. That includes Dropbox and Facebook to update your status from the app icon on the homescreen all without actually opening the app. There’s integrated support within apps as well like Instagram, where you can peek at images in the activity feed and then pop into someone’s profile to see more. 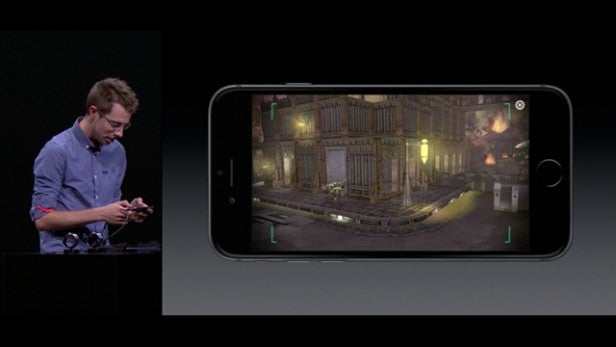 Get touchy feely with gaming

If there’s one thing we hate about playing some games on an iPhone, it’s those virtual controls that often litter the screen. 3D Touch has a presence here as well. In the on-stage demo at Apple’s event, we saw how in Warhammer 40,000 Freeblade you can use 3D Touch to aim fire, press deeper to zoom in and press harder to select a different weapon. We have a feeling gaming could be one of the biggest beneficiaries of Apple’s latest screen innovation.

Related: iPad Pro: 6 features that will make you want one 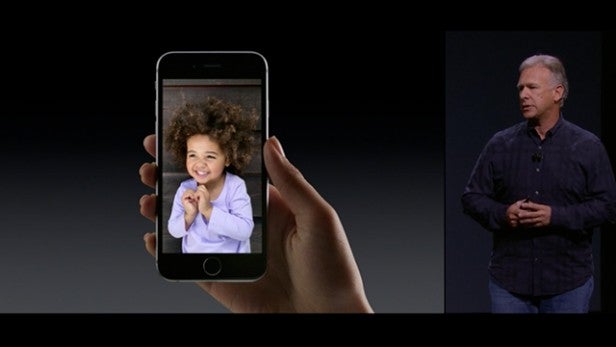 Along with a new 12-megapixel iSight camera, Apple also introduced a new photo mode it’s calling Live Photos. If you’ve used a Nokia phone recently, then this particular feature will be familiar and basically let’s you bring your photos to life. This time, you can take photo in the camera app as normal and a Live icon will appear in the settings above the view finder. When you’re looking back at the images you can press on the screen and it’ll turn the image into a small video just like that.

Are you impressed by 3D Touch? Let us know in the comments section below.