What to expect from gaming in 2015

Are Virtual Reality, time sinks and a move away from boxed product on the cards for gamers in 2015?

With the first full year of the new generation now firmly in the rear-view mirror, the general consensus is that 2014 was something of a tepid year for video games. While the last 12 months saw their fair share of AAA franchise blockbusters mingling with indie smashes and new IPs, there wasn’t one moment in the year gamers could point to that truly electrified either the gaming industry or its massive audience.

That having been said there are reasons to be optimistic about the year ahead. Not only is the upcoming release calendar chock full of titles (most of which were announced over a year ago), but gaming hardware is set for a shake-up, both on the console and PC platforms. Furthermore, it looks like 2015 communities and audiences in gaming are set to balloon. 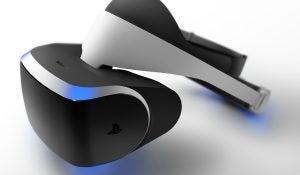 Time was that the idea of Virtual Reality was confined to the realms of cyberpunk and science fiction (and the awful Michael Crichton novel, Disclosure). With the advent of the Oculus Rift gaming headset the idea of full 3D 360 degree gaming immersion took a gigantic step towards reality. It’s had a few teething problems along the way, sure – the original headset caused puke-making bouts of vertigo – but at the recent CES 2015 in Las Vegas, Oculus showed off the new lighter Crescent Bay Rift, boasting built-in surround sound and a smoother, altogether better visual experience.

There’s no release date announced as yet – Oculus’s vague ‘sometime in 2015’ notwithstanding – but in spite of that, in 2014 the Rift became one of the most important developments in the gaming industry. If it arrives this year, it’ll give the PC platform a substantial edge.

Sony has taken note; the PS4 platform-holder unveiled its Project Morpheus Virtual Reality gaming headset last year. It was the belle of both the E3 and Gamescom balls as well as EVE: Online Fanfest (although admittedly, it was running an earlier build of EVE: Valkyrie than the competition).

PC purists will rightly assume that VR will be optimized for their platform – after all, unlike consoles, PCs are open-source and customizable. But the arrival of Project Morpheus in 2015 would give some serious credence to Sony’s boast that the PS4 is not only futureproof for the next ten years, it’s also able to keep pace with developing trends in gaming – a factor that may give Sony’s console the edge since Microsoft’s IllumiRoom was deemed too expensive for a consumer release. 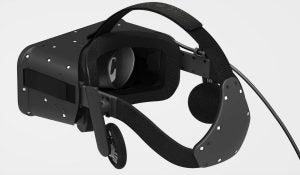 Those new Triple A titles are in the pipeline

Yes, 2015 looks like it’s going to be a rather good year release-wise and many of these games look set to take hours upon hours to complete. You may need to book some time off work for this lot. 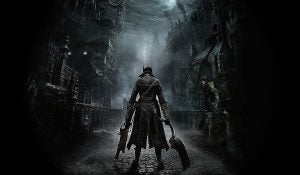 But the blockbuster AAA publishers aren’t the only game in town. As anyone with even a passing interest in gaming will tell you, bedroom game development has enjoyed something of a renaissance in the last few years. In fact, it wouldn’t be remiss to say that indie games have started to enjoy mainstream success.

Over the last couple of years, Indie games have jumped from their traditional platform on the PC onto home consoles via WiiWare, Xbox Live Arcade and PSN. They’ve gone from being fringe entertainment to a viable battleground for the bigger publishers and platform holders. About four years ago, a Sony or Microsoft E3 keynote would show off a parade of shooters, RPGs, adventure titles and… well, shooters. Now indie games are placed front and centre alongside the flagship titles on PS4, Wii U and Xbox One and big publishers are moving to snap up smaller developers.

All this means that it’s becoming increasingly harder to identify just exactly what qualifies as an indie these days. During its recent resurgence the indie was easy to identify; titles like Thomas Was Alone, DayZ and Gunpoint shouldered their way onto the mainstream’s radar through word of mouth and the odd glowing review. Now the indie seem to be an integral part of the bigger publishers’ release strategy. It’s too soon to predict a bubble burst, but it’s not fantastical to state that in 2015, the indie looks set to grow and grow. 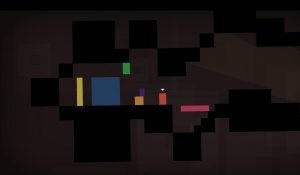 The move to digital

No, we’re not predicting the demise of boxed copies of games in 2015. Only the most optimistic (or pessimistic, depending on your view) industry insider would wish that. But we do expect publishers and platform holders alike to push digital distribution as a preferred business model this year. Sony, Microsoft and Nintendo have noted the empire Valve built for itself through Steam (which currently stands at 8.6 million users) and they want a piece of the action.

Furthermore, not only does digital distribution offer consumers an easier way of purchasing a game (online stores, for example, don’t ‘sell out’ of copies) it also offers publishers a significant amount of control over their products once they’re sold. The problem facing this mode of sale right now is the fact that it takes ages to download a title on a console, depending on your online connection. Cheaper prices would help the cause for digital purchases, but if the platform holders are serious about this model, those lengthy download times need to be addressed. 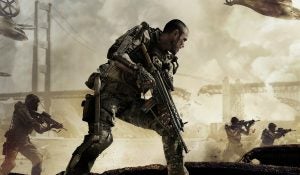 The continued rise of eSports

Once upon a time one of the only countries in which video games were considered a bona fide televised sport was South Korea – largely thanks to a little Real Time Strategy game called Starcraft. In the last decade the popularity of video games as a spectator sport has grown measurably; alongside Starcraft, World Of Warcraft, CounterStrike, Call Of Duty, Halo, DoTa and League Of Legends have become permanent fixtures on the esports circuit and both the prize money at these events and the size of the audiences watching them – both at events and online – have swelled.

The sizable draw of eSports prompted Amazon to snap up Twitch for just under $1bn and just last month, Twitch’s livestreaming division acquired eSports advertising agency, GoodGame. The amount of money being tossed about in eSports is eye-watering and since the light is on and burning brightly for the masses, expect to see the popularity of gaming tournaments jump further in 2015.