Three years after release, has the Wii U redeemed itself?

At this point it seems unlikely that the Wii U will go down as one of Nintendo’s great success stories. Nearly three years after launch the console has only sold around 10 to 11 million units, putting it a very distant third behind the PS4 and Xbox One, and a long way behind the 100 million-selling Wii.

From EA to Activision to Ubisoft, the major third-party developers have long deserted it, returning, if at all, just to dish out a Wii U version of their latest family-friendly game. It feels like even Nintendo has lost faith. It’s no secret that its next-generation Nintendo Switch platform is waiting in the wings, while this year’s Christmas line-up is unarguably Nintendo’s weakest for many years. Is it time to cry ‘Dead Console Walking’?

All this is true, yet there’s another way of looking at the Wii U. Throughout its life it has delivered strange, wonderful and distinctively Nintendo titles, plus an equally enjoyable run of weird third-party offerings and indie hits. It’s also a great console for anyone exploring the rich history of gaming, thanks partly to Nintendo’s own Virtual Console store. The Wii U might be on its last legs, but what a legacy it’s built in its short time. 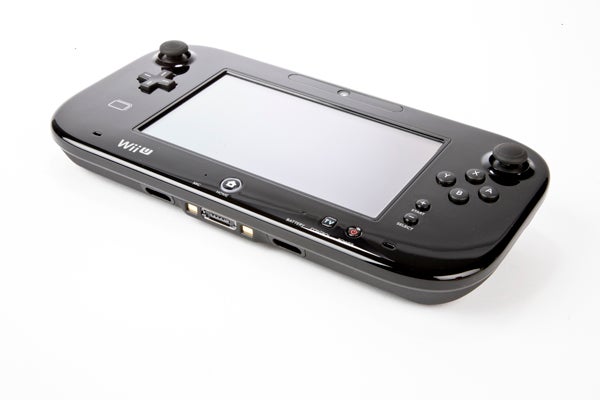 Wii U: The Hardware

Nintendo hasn’t built a console around performance since the N64, and the Wii U was clearly designed to be sold at an affordable price, to fit right into the average living room and to avoid Nintendo making losses on the hardware – never its chosen business model. The Wii U is very compact, very quiet and spectacularly unobtrusive, to the extent that when it sits in a TV cabinet with other consoles and media devices, you frequently forget it’s there.

True, there’s some fan noise and disc whine when you power it on using the Wii U Pad, but only at the same kind of level you’d get from a Blu-ray player or Freeview set-top-boxes. If only the PS4 and Xbox One were this discreet and quiet.

But then the PS4 and Xbox One pack some pretty powerful hardware, while the Wii U’s innards started out looking modest and now look grossly underpowered.

It’s based on a tri-core IBM Power PC CPU with a GPU, codenamed Latte, based on AMD’s R700 architecture; an architecture that’s now over seven years old. This, together with just 1GB of RAM (a further 1GB is reserved for the operating system), puts the Wii U somewhere between the last-generation consoles and the Xbox One and PS4 in terms of horsepower, and if you looked at many of the cross-platform releases that emerged during the Wii U’s first year, you’d struggle to agree with that.

Just as the standard definition Wii could never maintain the pace with the Xbox 360 and PS4, so the Wii U has struggled to deliver games with the photorealism and visual fidelity of the best on Xbox One and PS4. 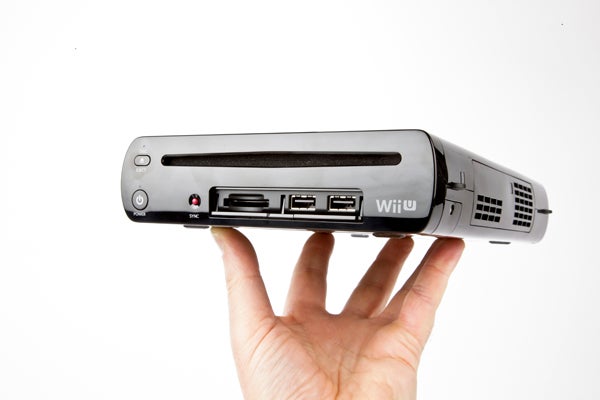 The surprising thing is that Nintendo has proved so adept at rendering this difference in power irrelevant. Play Splatoon or Super Mario 3D World, Mario Kart 8 or even Yoshi’s Woolly World and you won’t be thinking about the lack of high-resolution textures or post-processing effects; you’ll be too busy being stunned by the vibrant colours, the personality and artistry and the almost Pixar-like quality of the lighting. Nintendo’s games aren’t photorealistic, but they’re beautiful. And, as Bayonetta 2, Xenoblade Chronicles X or Rayman Legends show, it isn’t only Nintendo’s in-house teams that can pull this stuff off.

For a small console, the Wii U does pretty well on connectivity. It has two USB 2.0 ports, an HDMI output, an AV Multi Out port and a port for the Sensor bar at the back, plus another two USB 2.0 ports and an SD Memory Card slot concealed beneath a flap at the front.

The USB ports are particularly useful because the base level Wii U still comes with just 8GB of built-in storage – not actually enough to hold some recent games – while even the Premium model has just 32GB, which will be gone in no time at all. Luckily, as Wii U games are much, much smaller than their Xbox One and PS4 equivalents, a cheap 500GB USB 2 drive will cover most gamer’s needs for some time to come. 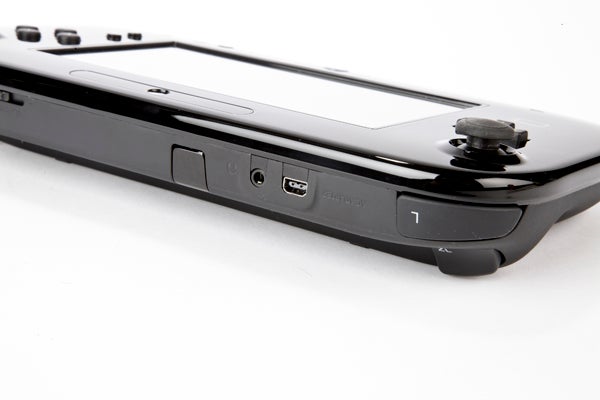 Wii U: The Controller

The Wii U Pad was the Wii U’s biggest, oddest selling point at launch, and time has only made it seem more of an oddity. With its old-school resistive 6.2-inch touchscreen, 854 x 480 pixel resolution, chunky moulded grips and plasticky feel, it’s closer in feel to a super-sized handheld than a modern tablet or smartphone. What’s more, surprisingly few games have really made much use of the pad’s potential – or its array of accelerometers, front-facing camera and gyroscope controls.

Where early titles like Zombi U, Rayman Legends or NintendoLand tried to harness it for new game experiences or innovative local co-op modes, most Wii U games have tended to use it as a map screen or for inventory management, and left it at that. Affordable Space Adventures is one of the few exceptions in recent memory.

In retrospect, it sometimes seems that the Wii U would have been better served by a more conventional controller and a lower price point. The twin analogue sticks, face buttons, triggers and bumpers are perfectly usable and comfortable, but as a straight controller the Wii U Pad isn’t in the same league as the Xbox One controller or the DualShock 4. You’ll feel that over long gaming sessions. 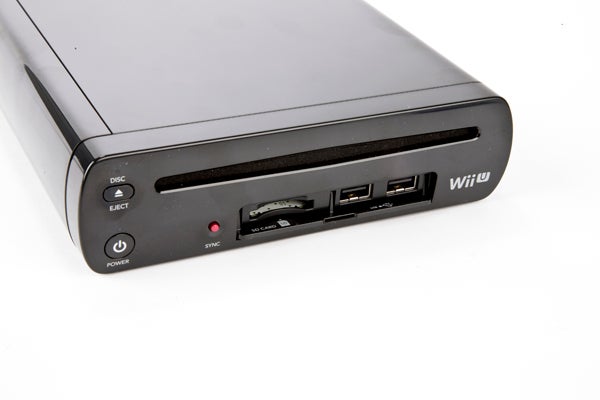 Surprisingly, the best thing the GamePad has bought to the Wii U is remote play. While the step-down in resolution from 720p to 480p is noticeable – and a serious issue in text-heavy titles like Xenoblade Chronicles X – the experience of playing Wii U games on the pad rather than the TV is mostly brilliant. The screen is dull and pixelated by modern smartphone standards but perfectly acceptable in isolation, while the speakers produce a reasonable sound – and you can easily plug headphones in anyway.

With the big screen and effective controls it’s a vast improvement on playing PS4 games on the PS Vita and a lot more convenient than streaming Xbox One games to a Windows 10 laptop or tablet. I’ve used it extensively for late-night gaming when you can’t be bothered to turn the TV on, not to mention bouts of gaming while the TV is otherwise occupied.

Sadly, battery life has never improved. Three to four hours is about as good as it gets from a charge, meaning the Wii U’s supposedly wireless controller spends a worrying amount of time plugged into the supplied mains adapter, or charging in the cradle supplied with the Premium packs.

Wii U: Interface and Firmware

Nintendo took a lot of stick for the Wii U’s early slow, rather lumbering firmware, but has enhanced and improved it quite dramatically since launch. The Wii U now boots fast and gives you a quick-start menu on the Game Pad, allowing you to rush straight into the games or applications you’ve been using most recently. There are features for organizing games into folders, while you can now download games while the console is in standby.

Entertainment apps have never been a focus for Nintendo, and the TVii concept never had a chance to take off in Europe. You can get iPlayer, Netflix and Amazon Instant Video, but media streaming and playback is not exactly a key Wii U strength.

What is though are games. Faced with a dearth of high-quality third-party titles, Nintendo has worked hard to make its eShop an online games store worth exploring, with indie titles bolstered by smaller scale first-party titles and an ever growing selection of classics in the Virtual Console section. There are classics here not just from Nintendo but from Capcom, Sega, Bandai Namco, Natsume and Konami, making it a bit of a treasure trove both for retro fans and for younger gamers keen to explore gaming history.

And while Nintendo’s own remasters, like Legend of Zelda: The Wind Waker HD, have enhanced and updated classics, the Virtual Console prides itself on accurate reproductions. You can play these games the way they were originally played, only with a smoother frame rate on a better controller with better sound on better screen technology. 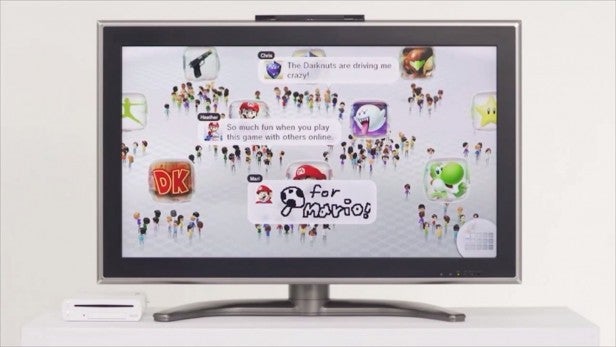 If you’re thinking about buying a Wii U, buy it for the games that it already has. Mario Kart 8, Bayonetta 2, Super Mario 3D World, Super Mario Maker, The Wind Waker HD, Captain Toad: Treasure Tracker and Super Smash Bros. for Wii U are all fantastic and a worthy match for nearly any title you can mention on PS4 and Xbox One (with some notable exceptions like The Witcher 3 or MGS 5: The Phantom Pain).

We’re not 100% sold on Splatoon or Xenoblade Chronicles X, but many people would say the exact same thing about them. If you’re looking for something different from the norm, something that evokes nostalgia for the way games used to be, or simply something different from the endless run of first-person shooters, RPGs and throat-stabbing, blast from cover action games, the Wii U has you covered. It’s also still the most family-friendly console of the lot.

Does this mean you’d be mad to buy a Wii U now? Well, no. How bad can things be when you can play games of the quality of those listed above, especially when many can now be found at bargain-basement prices? But were I just a gamer looking to drop my own money on a new console, I’d be looking for a deal on or saving up for an Xbox One or PS4 rather than opting for a Wii U at this late stage. These are consoles with their own growing library of great games – and consoles with a future, not just a short but brilliant past.