It is hard to sum up the technology landscape in 2011, but the word which dominates our minds is “shock”. So here in no particular order (except for one) are what we found to be the biggest developments of a turbulent 12 months.

Microsoft Partners With Nokia
Just one month had passed before one of the biggest shocks of the year: Microsoft’s exclusive agreement to put Windows Phone on all Nokia smartphones. No figure for the deal was formally announced, but industry talk puts it at an initial £1bn with numerous clauses that could see this figure skyrocket. The price was understandable given the risk is all on Nokia’s side having found its feet too late and it could easily become one of the biggest stories of 2012 with persistent rumours Microsoft will simply buy Nokia’s phone division in the coming months. 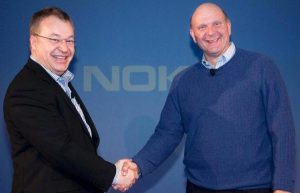 A deal would make sense for all sides with Nokia absolving itself of its troubled unit and returning to its networking history and Microsoft finally evolving its business model to challenge Apple’s hardware/software unity. Our money is on a deal being done and Finland not worrying too much.

Google Buys Motorola
Microsoft wasn’t the only company suggesting it has long term hardware ambitions. In August out of the blue Google bought Motorola for $12.5bn. Like Microsoft the Android owner insisted the buy had nothing to do with starting its own handset line, but Google hasn’t been slow in showing manufacturers “how to do it” in the past. With the company’s frustrations growing at the ubiquity of Android skins we wouldn’t be surprised to see continue an iPhone-esque strategy of releasing at least one flagship handset on an annual basis.

Of course the real motivation for the purchase was said to be patents and with Motorola having over 17,000 we wouldn’t doubt that. The deal saw Google both strengthen its legal stance and protect partners while gaining new hardware capabilities at the same time. A smart deal by a smart company.

Patent Wars
If Google hadn’t bought Motorola, someone else would have because 2011 was also the year of patent wars. “Imitation is the sincerest form of flattery” said eccentric poet Charles Caleb Colton but few companies saw it that way as Apple sued everyone and everyone sued Apple. Apple, Samsung, HTC and Motorola phones and tablets were all banned in some country at some point in 2011 and these battles look set to continue well into 2012 and beyond. 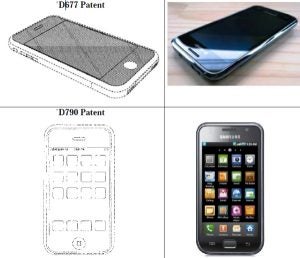 The reasoning is simple: the future is mobile and if you can win in the courts you will win on the street – regardless of who buys what. That said even notable industry luminaries have struggled to form a consensus over who has the overall upper hand and it is likely no one company will take the spoils. Further industry consolidation will certainly take place in 2011 and our tip (after Microsoft/Nokia) would be Samsung getting out its chequebook…

Riots and Social Media
The shocking London riots made headlines worldwide in August and behind many articles were snide jabs at social media. Twitter came in for the heaviest criticism as generations clashed as to its role, perpetuation and culpability. 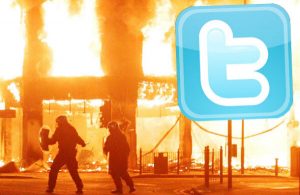 If Twitter was pinned for inciting the riots though, clever uses (notably later by Police in publication of convictions) restored some faith and the unstoppable momentum of social media services meant responsibility slowly became the key message. Our take was pretty clear: Why The Vilification of Social Media Has to Stop.

PlayStation Network Hacking
Earning just as many evil glances and snide remarks in 2011 was Sony after its entire PlayStation Network was compromised by hackers. Not only was Sony forced to admit data from over 100m users was compromised, but a full restore took well over a month. Public apologies and compensation packages were late and the company was forced into wide restructuring. Worse still Sony was targeted by hackers for the rest of the year and over one million Sony Pictures accounts were subsequently hacked in June. 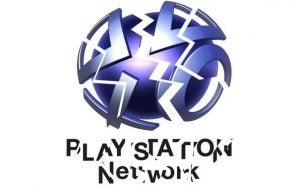 With talk of a PlayStation successor being announced in 2012 along with Sony’s decision to buy out Ericsson and concentrate solely on smartphones (rather than ‘dumb’ phones) in the future, a brighter 12 months may lie ahead. The Sony Tablet S (and to a certain extent the overly ambitious Sony Tablet P) shows promise too, but it is impossible to put a price on lost brand credibility.

”’Facebook Timeline”’
A potentially controversial inclusion, but we believe Timeline has radically altered Facebook adding essential longevity to the inconsequential nature of the site and transforming each profile into a digital life. In fact it may have just changed the Internet.

We won’t dwell on the ins and outs here, but with its role as a media distributor set to skyrocket, one billion users in sight and a prospective $100bn stock flotation on the horizon Facebook will continue to hog headlines throughout 2012. This will only infuriate Facebook critics further because 800m users and an Oscar nominated movie in 2011 could prove a mere footnote.

”’Android 4.0”’
Apple may have received a lot of attention over iOS5, but the stitching job Google performed with Android 4.0 ‘Ice Cream Sandwich’ was far more important. Essential to the long term future of Android, ICS corrected the dangerous fracture which split 2.x onto mobiles and 3.x onto tablets and threatened to undermine the world’s most popular mobile platform. 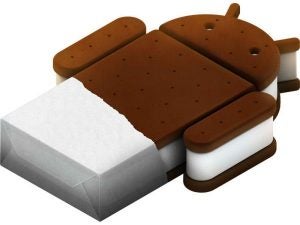 Following weak tablet sales in 2011, ICS will be fundamental to the success of future iPad rivals in 2012 and it simultaneously rejuvenates cutting edge smartphone hardware in 2011 smartphones which were hamstrung by Android 2.x’s limited support for multi-core processors and graphics acceleration.

”’Windows 8 on ARM”’
Announced right back at the start of January, Microsoft’s decision to support ARM-based processors in Windows 8 was both long overdue and vital to the platform’s mobile pretensions. It also put the final nail in the coffin of the famed Wintel partnership of the last two decades.

The move promises much and risks even more. Windows 8 on ARM will have no legacy support for x86 programmes (in short: everything up to now) and with current Windows 8 builds looking little more than a superficial (linkout http://en.wikipedia.org/wiki/Metro_(design_language) Metro skin) upon a tweaked Windows 7 UI many still question why Windows Phone wasn’t simply put on tablets (us included). What is clear though is with the move Microsoft is determined to reimagine the whole company and 2012 will be the year we find out whether it has achieved it.

Carrier IQ
A relative latecomer to the party was the sudden global awareness of Carrier IQ. This data tracking software was found to be installed on over 100m handsets worldwide and capable of logging keystrokes, sending live location data and recording all handset activity. With its ability to be installed on any phone platform by any carrier it threw privacy violations back into the spotlight.

Major handset makers and networks were involved including Apple, HTC and Samsung, AT&T, Sprint and T-Mobile. Furthermore while the likes of RIM and Nokia said Carrier IQ was not on their devices, they admitted that didn’t stop networks from installing it later. US senators and the FBI have since become involved and Apple has notably said Carrier IQ is no longer supported following the release of iOS5. Implications will run well into 2012 and don’t expect Carrier IQ to be the only software of its type. 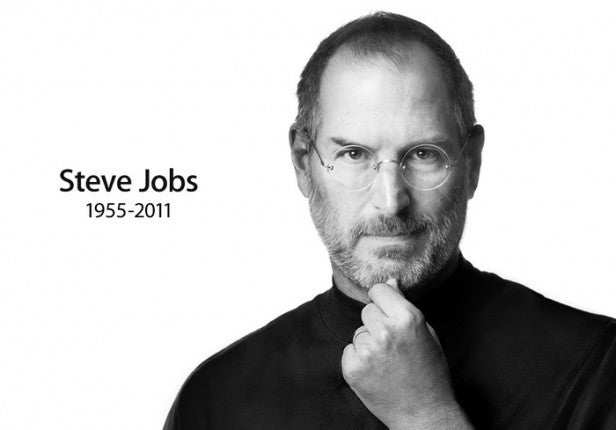 Death of Steve Jobs
Undeniably the biggest story (and certainly the saddest) in the tech sector in 2011 was the passing of legendary Apple co-founder Steve Jobs. Plagued by health problems in recent years Jobs had stepped down as CEO on 17 January taking indefinite medical leave. He permanently resigned the position on 24 August, handing the reigns to Tim Cook, and passed away just six weeks later on 5 October.

Jobs remained prolific until the end, having been seen on the Apple campus only days before his death. Jobs’ only official biography, simply entitled ‘Steve Jobs’, was published 19 days later and became a runaway bestseller. Writer Walter Isaacson was given unparalleled access into Jobs’ notoriously secret private life with Jobs himself admitting the change of heart came because “I wanted my kids to know me.”

Jobs is unique in having changed no less than five industries: music, film, personal computers, mobile phones and tablets. The magnitude of his loss to the industry will take years to fully comprehend.

So many stories so little time. While these stories may not have made our top 10 they each caused a huge stir in 2011.

Google
Google finally launched its Facebook rival, but while its privacy controls gained early support it has been losing traction fast. The trouble is it cannot afford to fail.

iPhone 4S
To a world expecting an iPhone 5, the release of the iPhone 4S was initially a disappointment, but it still broke sales records on release.  The iPhone 5, due out in 2012, is said to be Steve Jobs’ final product.

Chaos at HP
The company was a farcical soap opera in 2011. It was going to sell webOS and abandon PC manufacturing then after months of speculation it didn’t. webOS was made open source and PC making will continue, for now.

Duke Nukem Forever
In development since 1996, the game that had become synonymous with vapourware was finally released in June 2011. Many questioned if it could be any good after such a lengthy time to market, it wasn’t.

Kindle Fire
Unveiled in September, Amazon’s alternative to the Apple iPad is the first tablet which looks capable of stepping out of its immense shadow. Early reviews are mixed, but sales have been high with the combination of bargain pricing and tight integration with Amazon’s huge media store proving a hit. The Fire will be launched in the UK in January.

The Death of Flash
Not technically, but Adobe’s decision to stop mobile development of the controversial platform in November to make way for HTML5 is the beginning of the end. We should all be thankful, but respectful.

Spotify Hits the Big Time
2011 was the year Spotify hit the big time. A landmark deal with Facebook and the release of its own app store have shown it is determined to stand toe-to-toe with Apple and Amazon who continue to rely on Cloud Locker alternatives. Premium subscribers leapt from 1m to 2.5m, controversy rose and 2012 will be massive.

Microsoft Buys Skype
Announced in May, the $8.5bn price tag was huge, but Skype will prove key to the VoIP future of Microsoft’s handsets while also uniting all its platforms from Xbox to Windows 8 with a universal communication system.

Blocking Newzbin
Overlooked by many, BT’s decision to ban access to the controversial Usenet indexing site in July set a dangerous precedent of web censorship in the UK in 2011. Worse still politicians were falling over themselves to applaud the decision showing their digital education still has a long way to go. In its own way as tragic as 2010’s Digital Economy Bill, we hope many will start 2012 by embracing the alternative viewpoint: Tragic Irony: The Lost Opportunity In Blocking Newzbin.