OPINION: The iPod nano and iPod shuffle were finally discontinued by Apple this week. Chris Smith chokes back a tear as he remembers the mobile devices that were all about the music.

You know, something that doesn’t ‘ping’ with an email from your boss in the middle of a Slash solo, or to inform you “hotgirlz( . )( . )” is now following you on Instagram.

It really wasn’t too long ago our portable music player simply blasted our Feel Good Summer playlists without the BBC Breaking News alert of doom, either.

Sadly, the tech world lost two more of those old stalwarts this week as Apple discontinued the iPod nano and the iPod shuffle, sending them on a stairway to silicon heaven, where we envision they’ll softly play Dust In The Wind until their little hard drives cannot muster another beat.

We jest (to mask the pain), but the significance of both devices should not be understated. Both the nano and shuffle arrived in 2005, at a time when iPods were still the most anticipated and by far the most popular Apple products in existence. They topped Christmas lists and sold 15-20 million every holiday season. 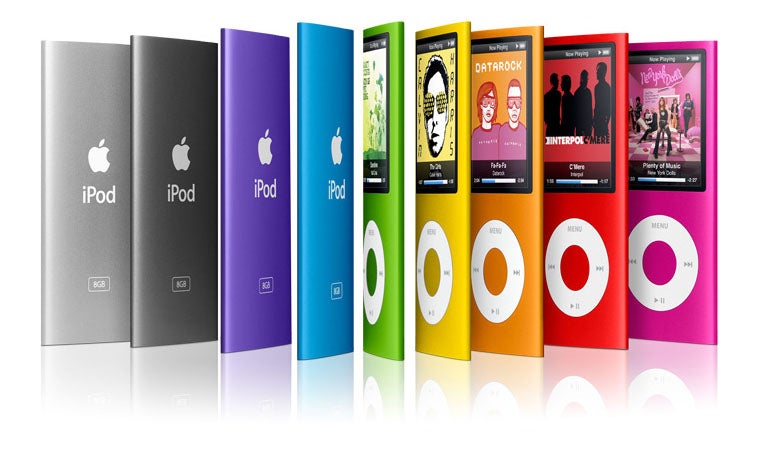 Although it never released individual numbers for iPod models, Apple was far from ambiguous. It proudly marketed the nano as the “world’s most popular digital music player.”

And what wasn’t to like? It was more affordable, more colourful and more portable (remember Steve pulling it from the coin pocket of his jeans?) than the beloved classic and had enough storage for most people.

For many buyers it was probably their first Apple product, perhaps a gateway to the iPhone, an iPad and a Mac.

The shuffle (also 2005-2017) started life practically as a flash drive with a headphone jack with enough room for 250 songs. Eventually it graduated to a perfectly square gym companion by its 4th and final generation. Providing you didn’t want to pick what you wanted to listen to, it was a cracking little self contained player.

However, like the dearly departed iPod classic — *pours one out* —, these players had outstayed their welcome in Apple’s product line-up. Kept around out of lingering historical reverence, rather than commercial viability, it was probably time for them to go.

Once all bright colours and chutzpah, by 2012 the nano had regressed into a shitty, charmless, all-touchscreen iPod touch-lite that had lost its design lineage. As for the shuffle, well it shuffled off this mortal coil having been untouched for seven entire years. You probably didn’t even realise it was still on sale until Apple killed it this week.

Yet still, they’ll be missed. 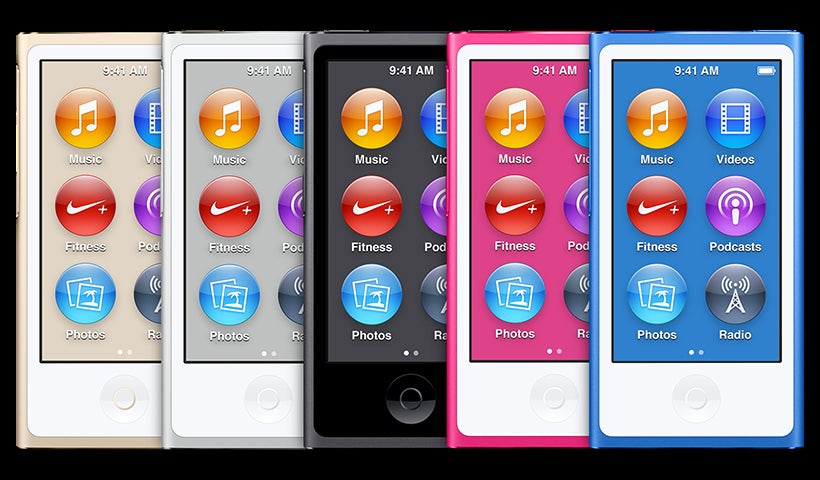 Thank you for (just) the music

There’s so much to be said for the ability to listen to music without having your phone with you. Whether it’s while out on a run, sitting in the park, or simply lying on the couch after a hard day at work. These iPods helped us disconnect and re-centre.

Today I picked my phone up to choose an album and put it down half an hour later having forgotten to put the music on.

People often argue the digital revolution devalued music; that the leap from a tangible commodity to an invisible file made it something that could be easily discarded. They argued these compressed, often poorly reproduced MP3s brought the quest for sound quality to an abrupt halt. Minus the album art or structure, LPs stopped being something to savour, study or collect, the naysayers said.

However, it was also liberating. As a teenager, pre-iPod, I remember being ecstatic and enchanted after giving my dad’s mate a list of songs and a blank CD and having it returned full of that (pirated) music. My first iPod, the 2nd gen classic, might be my favourite piece of technology I’ve ever owned. It was truly incredible to me and spawned the interest in tech that has me writing to you today.

People will have probably make fun of these iPods this week. It’s true, times moved on very quickly and, after those halcyon years from 2005-2010, the nano and shuffle began to look very old hat — especially when the touch arrived. But these devices truly offered freedom and were about nothing else but the music.

With an iPod shuffle all you had to do was hit play. There were no barriers between you and your favourite music. That’s something that’s in demand again today and, arguably, part of the reason vinyl has become so popular.

In my opinion, the digital devaluation of music didn’t occur until the phone replaced the dedicated player as many people’s primary audio source. It was only then music became the soundtrack to looking at other people’s lives on social media. It was only then Spotify started giving music away for free to people who didn’t consider it something that should be paid for.

Fighting against the stream

All that’s left is the iPod touch, which might play music but isn’t a music player. Apple wants you to buy apps, games and videos and take bloody photos and preferably subscribe to Apple Music too. All that’s missing for a life of constant distraction is a 4G radio to accompany the Wi-Fi. F*** the iPod touch.

I don’t want to sound like a Luddite. The streaming era has built on what the iPod started on a much grander scale. Today, it’s not just all of your music, it’s all of the music. And it’s truly effortless.

Sadly though, it has means there is no place for music players without connectivity. Despite its demise, my iPod nano will always have a place in my heart. Well, either there or in the old tech box full of gadgets I don’t use anymore.