Panasonic TV 2019: The Japanese manufacturer roared back to prominence with its F952 OLED and it’s kept the momentum up with its GZ range of OLED TVs. For anyone looking for a top-drawer TV with support for the latest technologies, you’d be hard-pressed not to have a gander at Panasonic’s offering

The following list is a breakdown of the Panasonic TV 2019 lineup, with every 4K OLED, 4K LCD LED TV and HD TV model and series number explained and links to reviews, so you know what the differences between each and what they do to help make an informed purchasing decision.

Panasonic has doubled the number of OLED models in its range to four, with its flagship GZ2000 at the top, followed by the GZ1500, GZ1000 and entry-level OLED GZ950. Each model is available in 65-and 55-inch sizes.

All have been certified to the UHD Premium standard – a technical standard for TV manufacturers to adhere to if they want to promote their TVs as a premium 4K experience to customers.

The HCX Pro Intelligent processor affirms Panasonic’s collaboration between it and Hollywood. Its presence offers a more dynamically optimised presentation of vivid HDR colours and tones. All four OLED panels have it, while the GX800 makes do with the 2018 HCX processor.

Dolby Atmos is on the flagship GZ2000, which has built-in upward-firing Atmos speakers for a taller and wider sound. The GZ1500 also has Atmos speakers, but in this instance they’re front-firing. Atmos appears on the GZ1000 model down to the GX800, but none of those TVs feature any Atmos-specific speakers.

Panasonic’s decision to support dual-HDR formats on its TVs has meant that Dolby Vision and HDR10+ across a number of its TVs. All models from the GZ2000 to the GX800 have this functionality and it’s a decision we heartily welcome, making HDR more accessible in the process. HLG Photo is also supported, which is a new HDR standard that adds HDR to static photos.

If that wasn’t enough, the Netflix Calibrated Mode that was on Sony’s TV range has come to Panasonic’s OLED range. It’s inclusion continues Panasonic’s emphasis on picture quality, and for viewers who watch content on Netflix, the mode displays shows and films in more accurate colours and with a better sense of contrast.

Google Assistant and Alexa voice control can be used on the OLED range and GX800. My Home Screen, Panasonic’s smart platform, has been redesigned for a simpler look and more accessible interface. 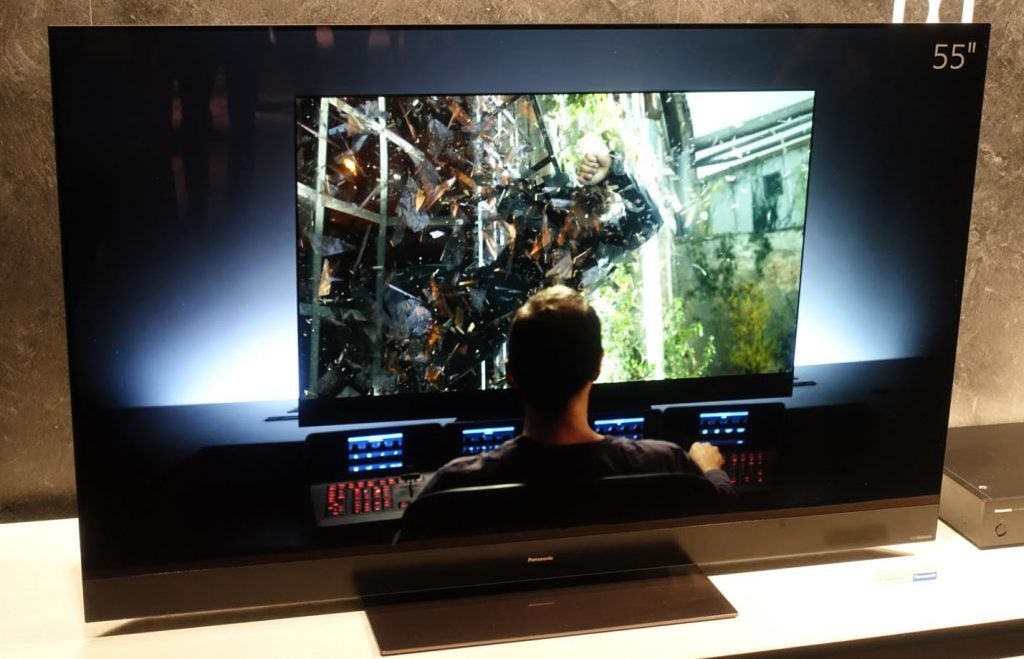 The GZ2000 is the first TV to support HDR10+ and Dolby Vision HDR, and the first to have upward-firing Dolby Atmos speakers.

The OLED panel from LG has been customised to fit Panasonic’s specifications, with the colours tuned by Hollywood colourist, Stefan Sonnenfeld. His assistance segued into the HCX Pro Intelligent processor, which Panasonic says offers “unparalleled colour accuracy and significantly better average brightness levels”.

The audio system is by Technics and features its JENO engine for “accurate, refined sound”.

It’s expensive, but when we reviewed it, we labelled it as “arguably the best all-round OLED TV on the market right now”. 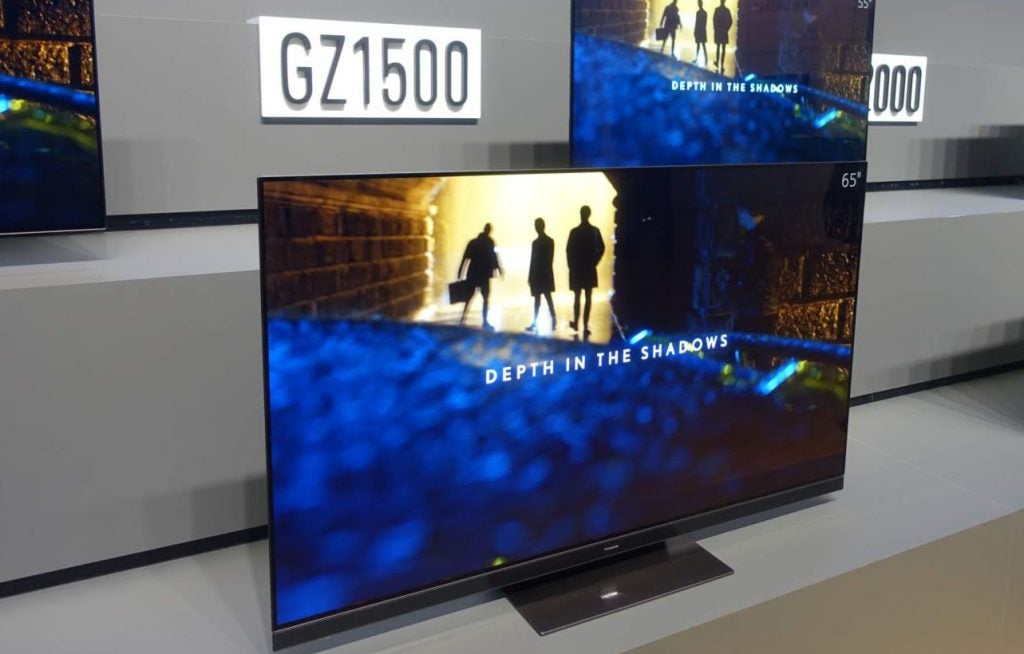 The GZ1500 is similar to the GZ2000. There are no upward-firing Dolby Atmos speakers on this model. Instead the GZ1500 has two-channel front-firing Atmos ‘Blade’ speakers that jut out from the bottom and doesn’t feature the Profession Edition OLED panel.

Otherwise the features are the same as what you get from the GZ2000, with both shades of dynamic HDR, voice assistants, Freeview Play and the HCX Pro Intelligent processor.

This model is exclusive to John Lewis. 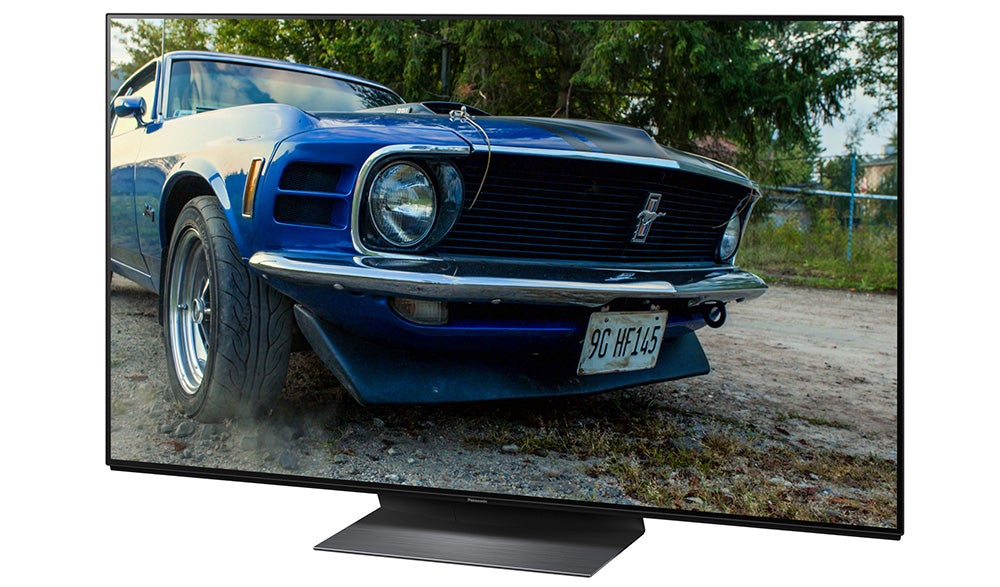 The GZ1000/GZ950 don’t have any specific Dolby Atmos speaker, though the telly is Atmos compatible, however.

The only significant difference between GZ1000 and GZ950 are the stands. The GZ1000 (pictured above) has a broader, flatter stand while the GZ950 has an L-shaped look.

The GZ1000 proved itself to be a belter of premium OLED TV. If you’re after a set that can play all kinds of HDR content and features a cracking picture, the GZ1000 is one of the best OLEDs to buy. 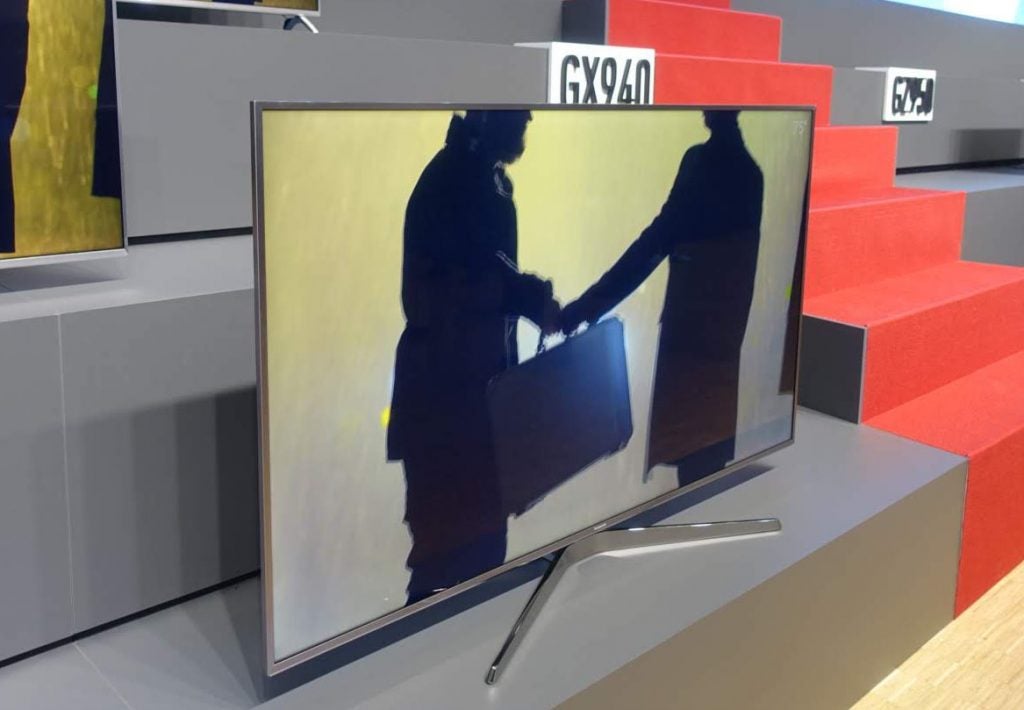 Panasonic’s flagship 4K LED keeps up pace with the OLEDs feature-wise by including the HCX Pro Intelligent processor. In Europe it’s called the GZ940, but for the UK it’s the GZ920.

There are no Dolby Atmos speakers, but again, it is Atmos compatible. The stand also takes a different stance, with the GZ920 having four legs. It’s only available in 75-inches. 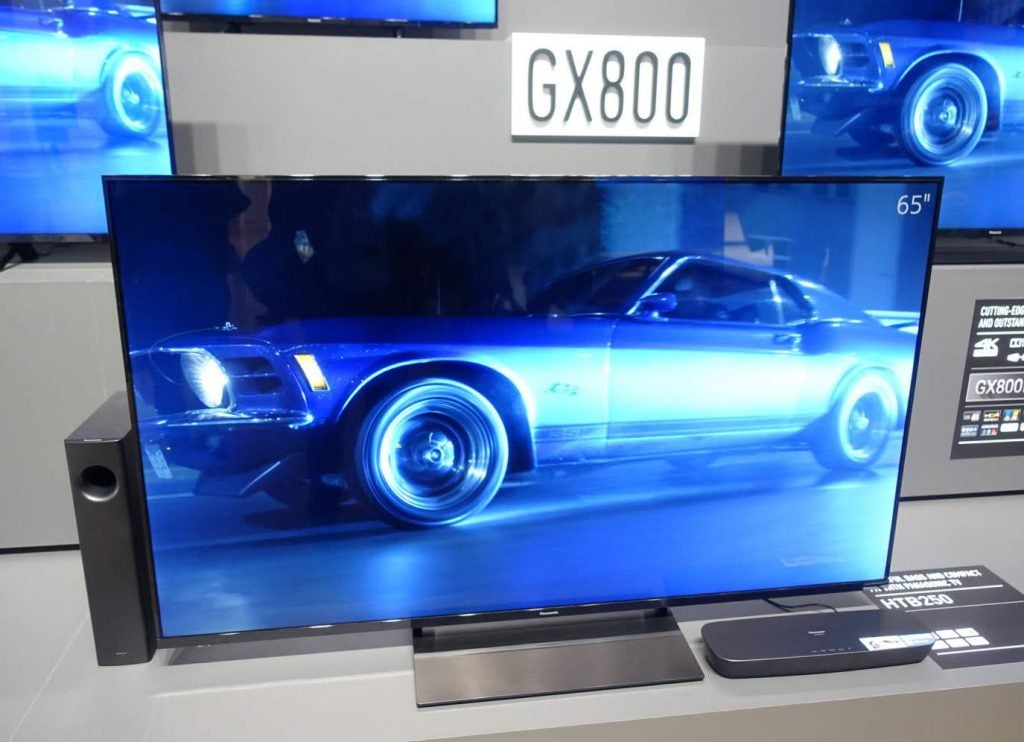 It’s on the GX800 where the feature set starts to fall. There’s no HCX Pro Intelligent processor, just the 2018 HCX Processor instead.

Otherwise it’s more or less has the same features seen in the premium TVs. The stand is different, with the GX800 standing on a central pedestal that’s designed with cable management in mind and for placing a compatible Panasonic soundbar on.

This was the first Panasonic TV we reviewed in 2019 and it still ranks as one of the best, especially in the mid-range area. It’s competitively priced, with a good HDR performance. But the big standout is Dolby Vision and HDR10+, ushering in a “mid-range screen that sets a new benchmark for price and performance”. 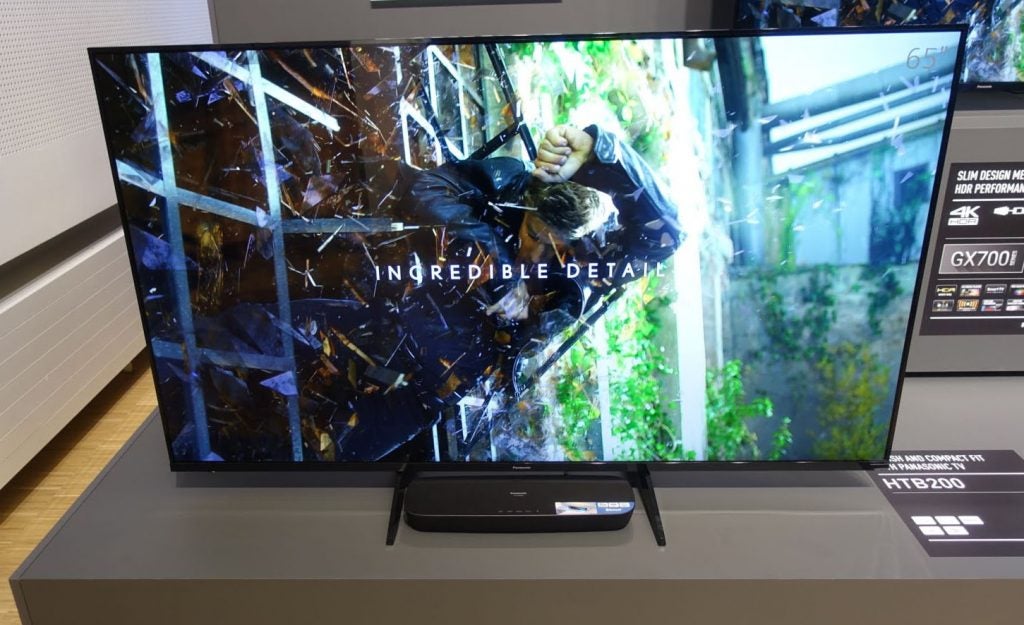 The panel is a VA screen, so it should have good contrast, although sitting at an angle will mean a reduction in colour intensity.

If you’re living in the Republic of Ireland, the RTE Player is included.

The GX560 is one of two entry points for Panasonic’s 4K TV range. It has no support Dolby Vision and HDR10+, so you get the HDR10 and the HLG instead.

Freeview Play is included for UK catch-up services and there are apps for Netflix and Prime Video. The UI for this model has been revamped and the pedestal design is also new. RTE Player is available for the ROI users.

There’s no difference in features between this and the GX560. It’s the aesthetics and the sizes that differ.

The GX560 is available in 65-inch model, the GX550 is more suited for smaller rooms with sizes ranging from 43-inch to 55-inch. The pedestal stand comes in a black finish rather than the GX560’s silver.

Panasonic has carried over one HD TV from 2018. The FS503 sports a HDR panel as well as support for HDR10 and HLG.

Freesat and Freeview Play are built-in and the smart platform is the my Home Screen 3.0 version. If you live in the ROI, you get the RTE Player.

The GS352 is a new HD LED model but unlike the FS603 it does not have any HDR support. You do get Netflix and an Amazon Prime Video app. For catch-up TV there’s Freeview Play.

The G302 is the most basic model in Panasonic’s 2019 TV range. No smart features and no HDR. All you get is a Freeview HD tuner.