If you’ve been holding back from buying a 4K HDR set, this Panasonic set will reassure you with its support for both Dolby Vision and HDR10+. Add Dolby Atmos into the mix, a solid smart TV offering, generally cool appearance and the TX-50GX800 sets a new benchmark for price and performance

The eagerly anticipated GX800 (TX-50GX800) heralds a new era of highly specified mid-range LED LCD TVs from Panasonic. Available in a variety of screen sizes, it offers Multi HDR support (something not even flagship models from rival brands can manage), catering for HDR10, HLG, HDR10+ and Dolby Vision, as well as Dolby Atmos audio.

Need another reason to get excited? How about the fact that this Panasonic has been fine tuned by Hollywood colourist Stefan Sonnenfeld, meaning its cinematic chops are impeccable. So is this the new box office champion of the mainstream TV market?

Classically minimal in the time honoured Panasonic tradition, the TX-50GX800 isn’t without visual interest. The LCD panel sits atop the surrounding bezel, creating a distinctive glass-on-frame look, while a central stand makes it easy to accommodate on conventional AV furniture. 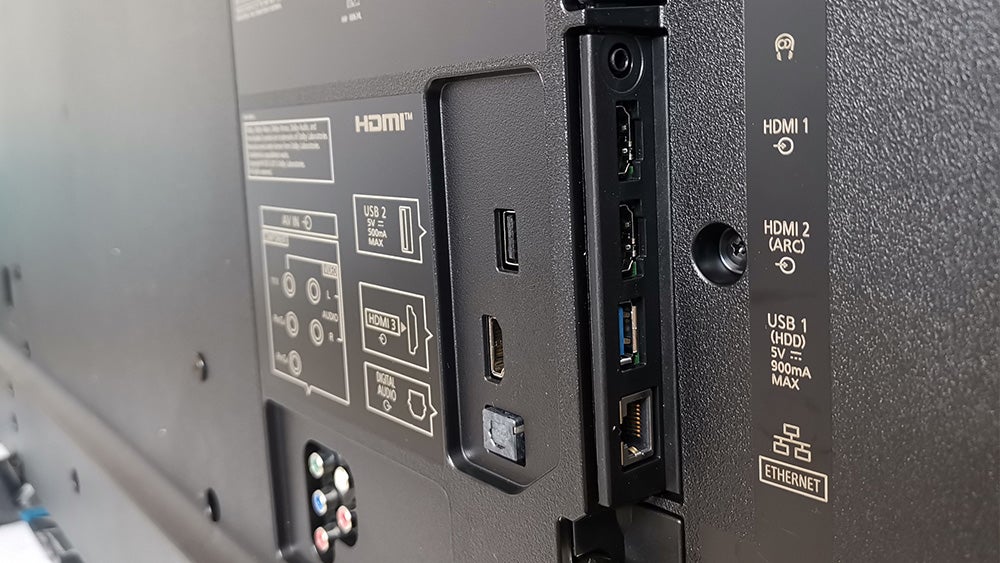 The IR remote is the usual Panasonic button-fest, and includes dedicated Netflix and Freeview Play shortcuts.

Related: Freeview Play – What is it and what do you need to know?

Smart functionality is bang on. The GX800 runs the latest iteration of Panasonic’s Home platform, now up to v4.0. Less cluttered than Android TV or LG’s webOS, it launches with just three buttons designated ‘Devices’, ‘Apps’ and ‘Live TV,’ but these can easily be customised to add preferred streaming services, as well as shortcuts to connected devices. 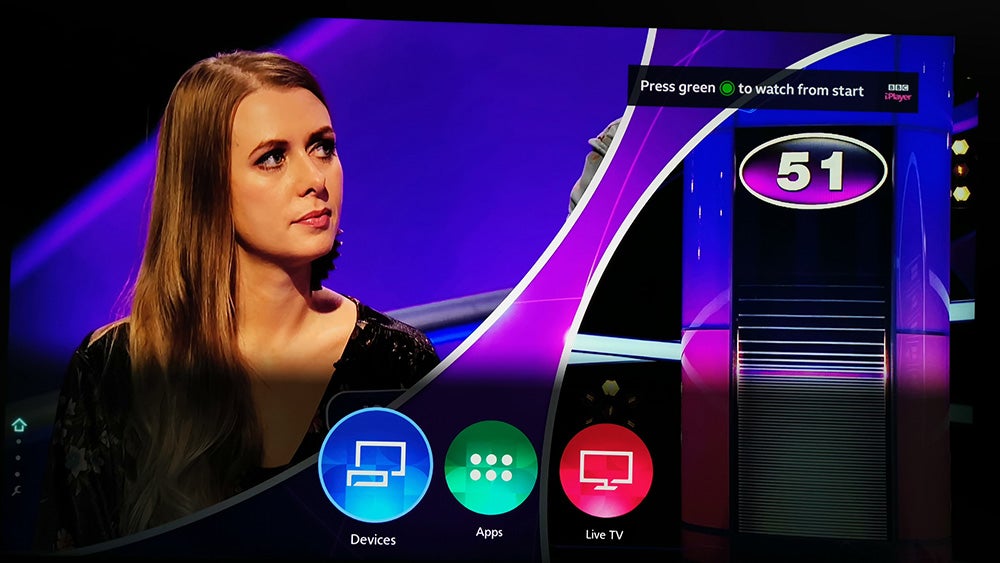 The Device button brings up not only locally connected sources, such as set top boxes and Blu-ray players, but also networked NAS boxes. Our sample recognised both Twonky and Plex media servers, quickly navigating to and playing our MKV files.

A two-way Bluetooth Audio link allows you to Bluetooth audio to the screen, as well as connect wireless headphones for private listening. The TV can also be integrated into an existing Google Assistant or Amazon Alexa ecosystem.

Image quality is impressive straight out of the box, with crisp detail and lush colours. Handling the heavy lifting is the brand’s much lauded HCX processor. Contrast is aided by effective Local Dimming.

Things start to get particularly interesting when you drill down into the picture presets, as they have a large bearing on the performance of the set. 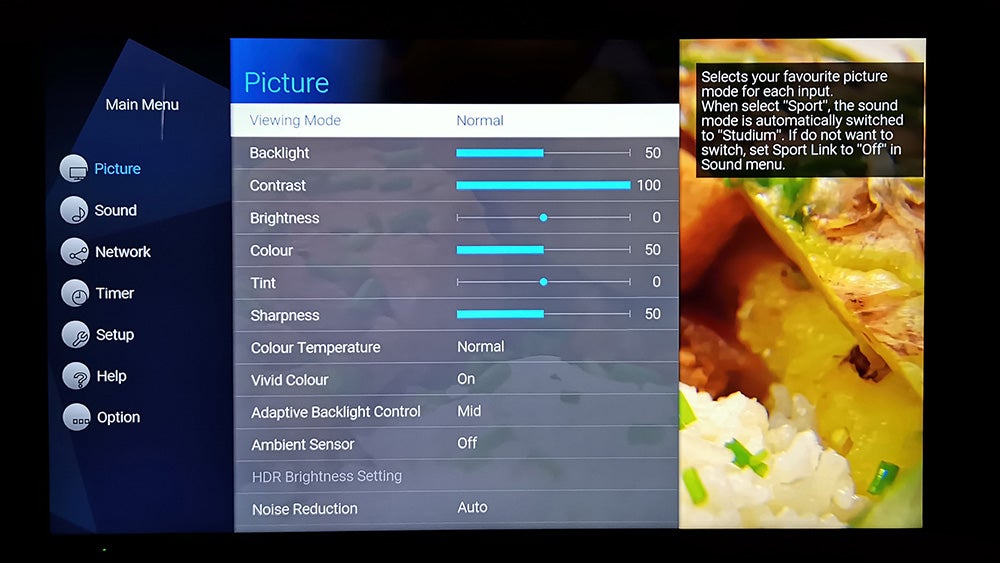 For Daylight viewing, we found the Cinema mode just too dull for a satisfying viewing experience. The Normal mode was our preferred option for most content, although we were to discover a compelling reason to use the Dynamic mode.

There are significant benefits to having dynamic metadata support from (HDR10+ and Dolby Vision) on mid-brightness screens like the TX-50GX800. The screen is able to better manage high brightness and shadow detail, as images are optimised on a scene by scene basis.

This is immediately apparent with Dolby Vision content. Despicable Me 2 (4K Blu-ray) exhibits tangible colour pop and detail nuance. In truth, this isn’t a disc which will stretch peak brightness, but the balance the GX800 manages is beguiling. 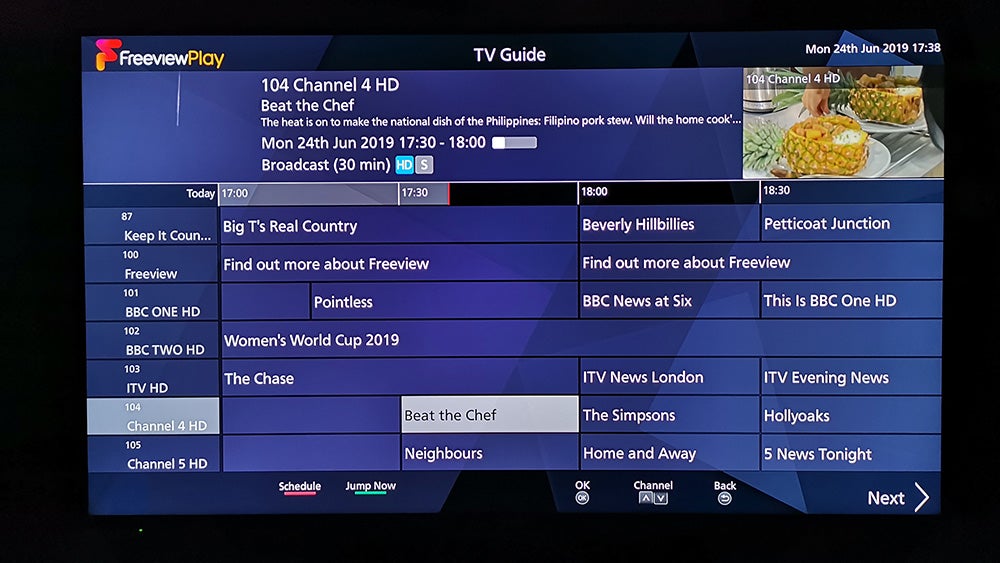 However, the GX800’s HDR performance isn’t entirely straightforward. We measured HDR peak brightness just over 500 cd/m2 (aka nits) on a 10 per cent HDR white window, which is impressive for a set of this class. The catch is that it’s only achievable with the TV in Dynamic mode. HDR has less zing when viewed in Normal or Cinema modes. It also diminishes when measured with a 5% window, where it delivers around 400 cd/m2 (nits).

However, the image is so pleasingly naturalistic in Normal and True Cinema, thanks in part to dynamic tone mapping, that you might be tempted to forgo the hunt for specular brightness. 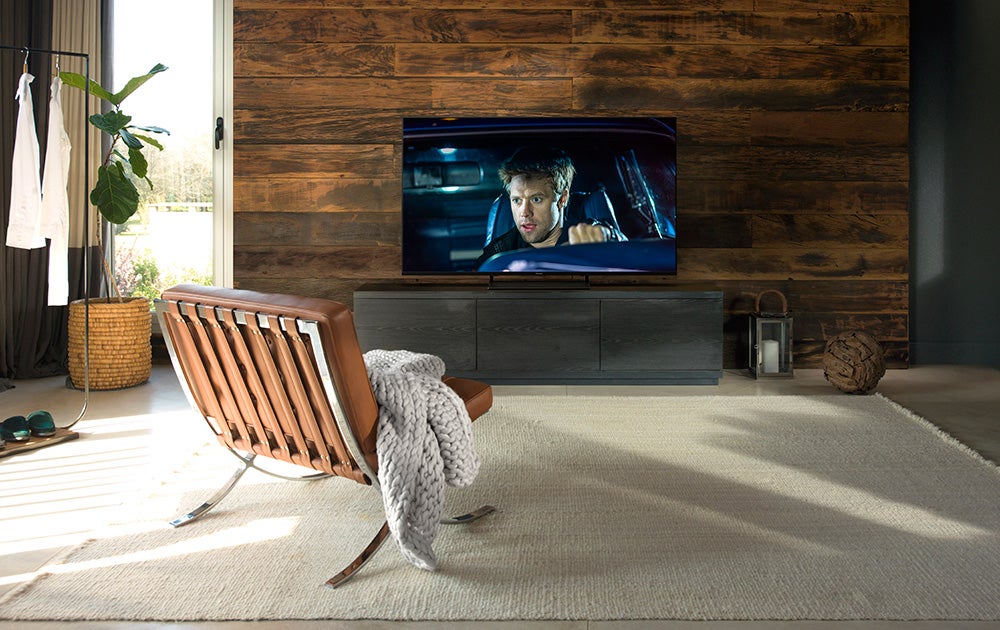 There is an undeniable limit to the authenticity of its black level, though. Letterbox bars exhibit an element of greyness. On the plus side, full screen uniformity is good. When the payload finally drops and the Empire’s warship explodes in a golden conflagration (Star Wars The Last Jedi, again), there’s a richness and colour clarity which belies the GX800’s mid-range pricing.

The screen’s regular SDR HD performance is first rate too. This is significant as this will still represent the bulk of your viewing.

The panel doesn’t let joystick jockey’s down either. In Game mode, we measured input lag at just 10.2ms, which is a superb performance.

Sonically this Panasonic does what’s required. The 10W sound system isn’t overly thin, and proves fine for casual listening. More importantly, the screen is compatible with Dolby Atmos, so you can pass the immersive codec out to an external device that can do something with it.

If you’ve been holding back from buying a 4k HDR set, FOMO-style, because of the current fragmented approach to HDR, this slick Panasonic is certain to reassure. The fact it offers support for both dynamic metadata standards is a huge boon, not least because dynamic tone-mapping brings real value to the mid-brightness HDR market.

There is a small caveat about the TX-50GX800’s HDR peak performance, what with it only being available through the Dynamic preset, but its images are so polished regardless, it doesn’t dilute our enthusiasm.

Add Dolby Atmos compliance, a solid, well stocked, smart portal, and generally cool appearance and we have a mid-range screen that sets a new benchmark for price and performance. Bringing Hollywood home just got a little more achievable.