It's quite a distinctive camera array

Details of Motorola’s next flagship smartphone, the Edge Plus, have ‘leaked’ online mere hours after the firm launched its first foldable, the Razr 2020.

The Motorola Edge Plus existence was revealed by serial phone leaker Evan Blass on Twitter late last night. The tweet didn’t offer many details about the phone outside of the fact it will be a “flagship” and offered on Verizon later this year. The only other details we’ve heard about the phone are that it’ll have a Galaxy S10-style holepunch design front camera. 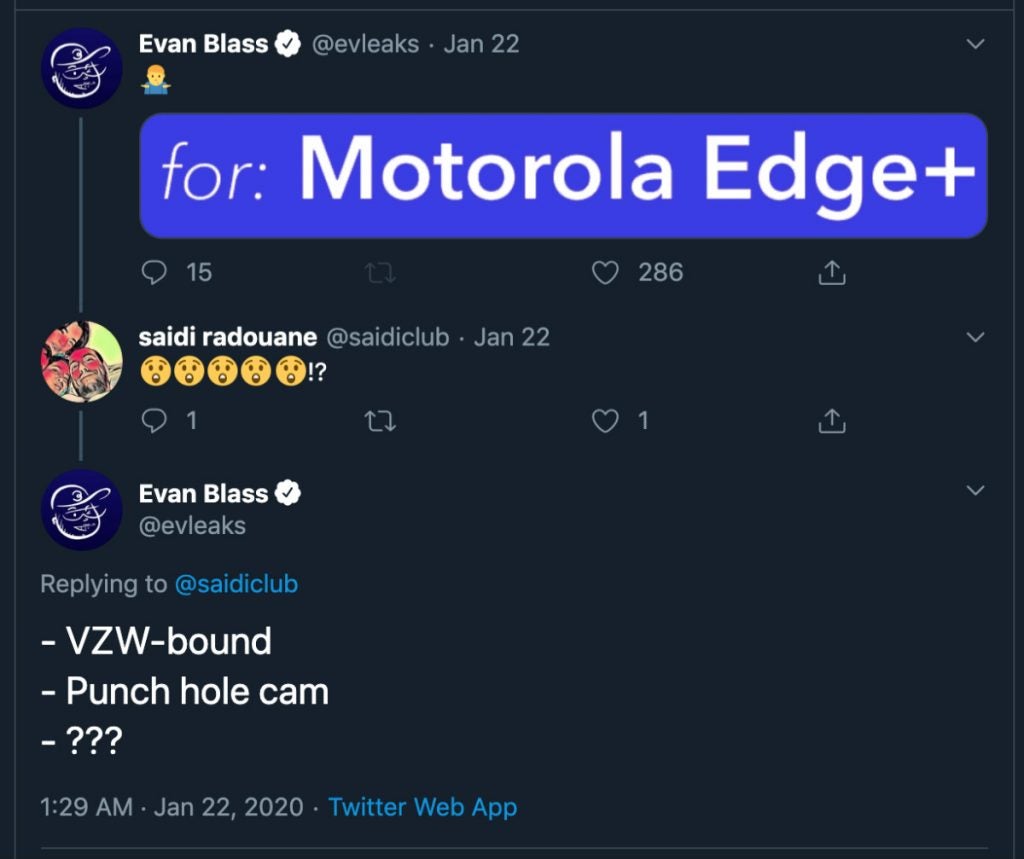 Blass has a pretty solid track record leaking details about upcoming phones so we’re taking the ‘leak’ fairly seriously. The timing would also match up nicely with a potential launch at Mobile World Congress (MWC) in Barcelona at the end of February. Motorola is known to be attending and hosting an event at the tradeshow.

A move back into flagship phone territory would be a big change for Motorola. Over the last few years the company has focussed on the mid and affordable end of the mobile phone market. This is largely due to the Moto G-line’s success in key growth markets, like Brazil, where buyers are unwilling to shell out £1000 for a phone.

It’s seen the arrival of some super swish, great value phones like the Moto G8 Plus and Motorola One Action. But it meant there wasn’t a top end Motorola phone to take on the Galaxy S10 or iPhone 11 last year.

If accurate the Edge Plus could have some pretty stiff competition. Industry rumblings suggest Samsung and Apple both have pretty impressive flagships in the pipeline.

Samsung’s rumoured to have gone back to the drawing board with its hotly anticipated Galaxy S20. Rumours suggest it’ll have a “next generation” rear camera, potentially using the firm’s new 108-megapixel sensor, a top end HDR screen and wealth of other “surprises”.

Apple’s iPhone 12 is also expected to feature a “significantly” improved rear camera and a number of other key upgrades, including a super fast 120Hz refresh rate display.