When it comes to value for money, the Panasonic DP-UB820 4K player is a difficult proposition to beat. If you already own, or have plans to invest in, a Dolby Vision or HDR10+ compatible TV, the UB820 warrants the price premium over the cheaper DP-UB420.

Unlike rival mid-range Dolby Vision-enabled decks, the DP-UB820 also supports rival dynamic metadata standard HDR10+. This is the platform created by 20th Century Fox, Panasonic and Samsung, which is now finding its way onto disc and via streaming services such as Amazon Prime. So is this the best buy for serious home cinema enthusiasts?

The Panasonic DP-UB820’s build quality and finish is closer to Panasonic’s entry-level options than its flagship model. While you won’t see any of the heavy metal found at the higher end of the market, it looks presentable enough.

The bevelled 3D Glass Cut design front drops down to reveal an offset disc loading tray. There’s a USB port for media playback, and if you misplace the ditty remote control, there are manual buttons up top for power and disc loading.

Connectivity includes two HDMIs (one is an audio-only output, for those using a pre-4K AV receiver), plus Ethernet, USB, and an optical digital audio output. Wi-Fi is standard. 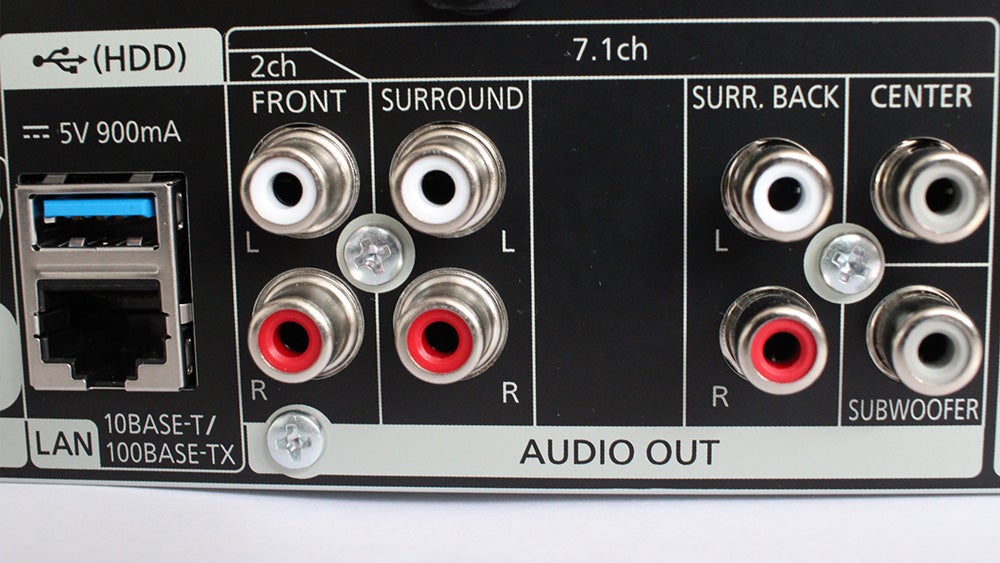 There’s also a full 7.1 bank of gold-plated phono analogue audio outs. This isn’t as helpful as you might imagine, since you can’t configure the player to output analogue stereo or full 7.1 analogue audio, as well as audio via HDMI. It’s an either/or option.

Most buyers will want to use the DP-UB820 to bit-stream Dolby Atmos or DTS:X audio, rather than 7.1 via analogue, to an AV receiver.

Functionality is above average. While there’s definitely a trend to remove OTT streaming services from Blu-ray players, this Panasonic continues to benefit from a well-stocked connected portal. Here you’ll find Netflix (there’s a dedicated Netflix button on the remote), Amazon Prime Video, Berliner Philharmoniker, BBC News and Sports and YouTube, with Euronews, Arte and Tunein among others on a second tier. 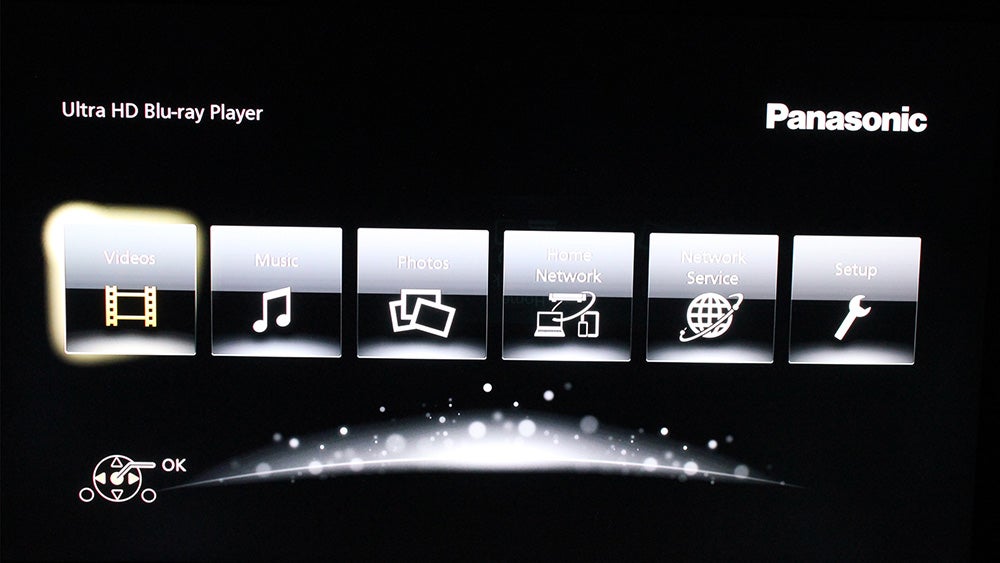 One obvious difference between the DP-UB820 and DP-UB9000 are audio credentials.

There’s no universal music disc support here, so don’t expect to play any SACD or DVD-Audio discs. It will of course spin CDs, but its performance is more a mirror of the cheaper DP-UB420 than a slightly downgraded performance of its more musical bigger brother. That said, it is compatible with 24-bit High-Res audio and DSD files.

Another feature missing on this cheaper deck is the ability to uncover Max Fall/ Max CLL playback info from 4K Blu-ray discs.

This player may sell for less than £300, but there’s no compromise when it comes to image quality. The player uses the same, advanced, second-generation HCX (Hollywood Cinema Experience) image processor as its sibling. 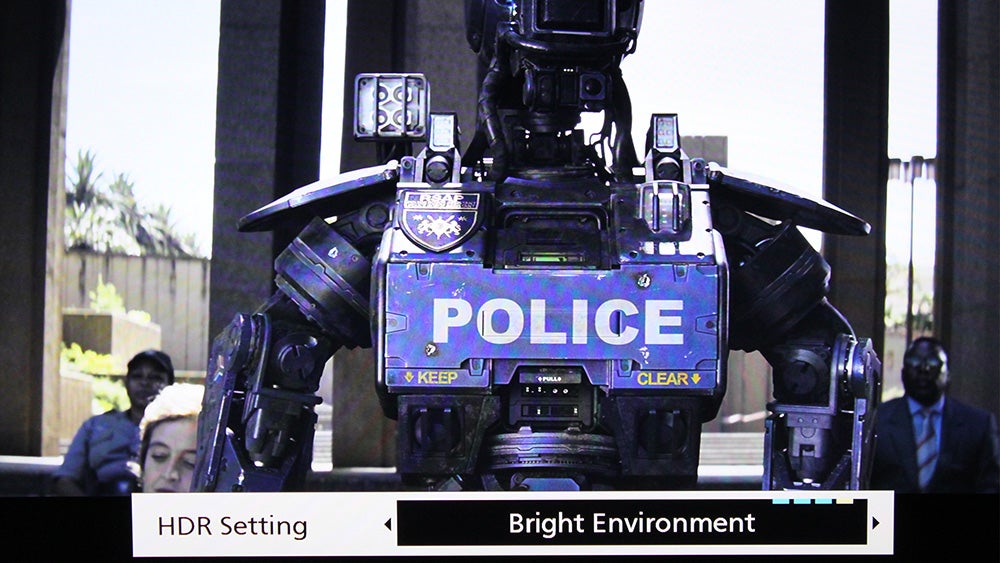 This optimiser can boost brightness and contrast without washing out an image, and makes HDR content far more satisfying to watch in a brighter viewing room.

In Transformers: Age of Extinction, when Lockdown emerges from the swap, the near-black shadow in his armour is easier to discern. However, there’s no sense that the dynamics of the scene have been compromised.

The provision of dynamic metadata support ensures the DP-UB820 always delivers the best possible picture. From the candy-coloured complexity of the DV-encoded Despicable Me 2, to the more nuanced dynamics of Star Wars The Last Jedi, the DP-UB820 is never less than accomplished.

While Dolby Vision and HDR10+ compatibility represent the gold standard when it comes to video performance, the player also does a great job with static HDR10 content. Cleverly, the DP-UB820 can tone-map before the signal is received by the TV. This helps prevent the screen clipping bright highlight detail, if it’s only capable of moderate peak brightness. 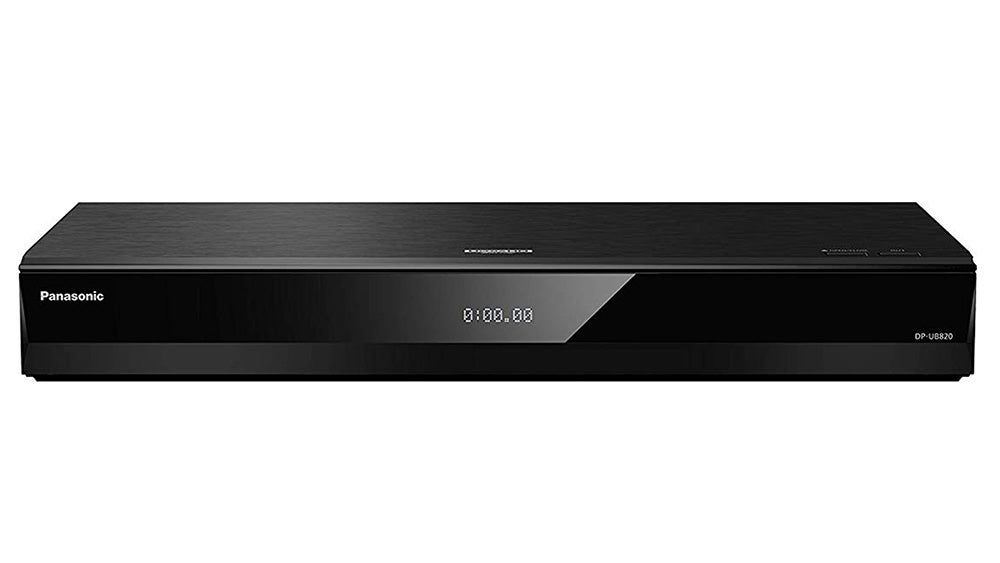 Another nicety is an HDR-to-SDR conversion function, ostensibly offered to optimise performance on early 4K TVs launched without HDR support. Dynamic Range Conversion delivers images with greater brightness when played on a non-HDR TV – but it also has another use.

4K video projectors are increasingly being introduced with HDR compatibility. However, the fact is that on projectors HDR doesn’t work well, particularly on more affordable models; it can lead to a general dimming of the image. By switching off HDR support on your 4K projector, you’ll be able to watch 4K resolution in SDR from the DP-UB820, which could give you a significantly better projected image.

When playing CDs, we found it’s definitely worth experimenting with the Digital Tube up-sampler. This comprises a number of filters that mimic the warm characteristics of tube amplification. There are six 96-kHz/192-kHz up-sampling modes to try. It certainly made our Marilyn Manson collection sound more homely.

When it comes to value for money, the Panasonic DP-UB820 is a difficult option to argue a case against. If you own, or plan to invest in, a Dolby Vision or HDR10+ TV, then it warrants the price premium over the cheaper DP-UB420. The picture quality from this relatively budget model is also outstanding. It’s also a classy frontman for a Dolby Atmos home cinema.

There are caveats, not least when it comes to universal disc music playback, but if you’ve migrated to high-resolution music files then you can rest-assured that this deck will play them.