If you’re after a VPN (Virtual Private Network) primarily for security and privacy reasons, then you’ve come to the right place – we’ve rounded up all of the best VPNs we’ve tested recently and have ranked them according to how well they protect your traffic.

While our current best VPN for security recommendation goes to Private Internet Access, there are other options available to you and other reasons why you might prefer to pick a different VPN. 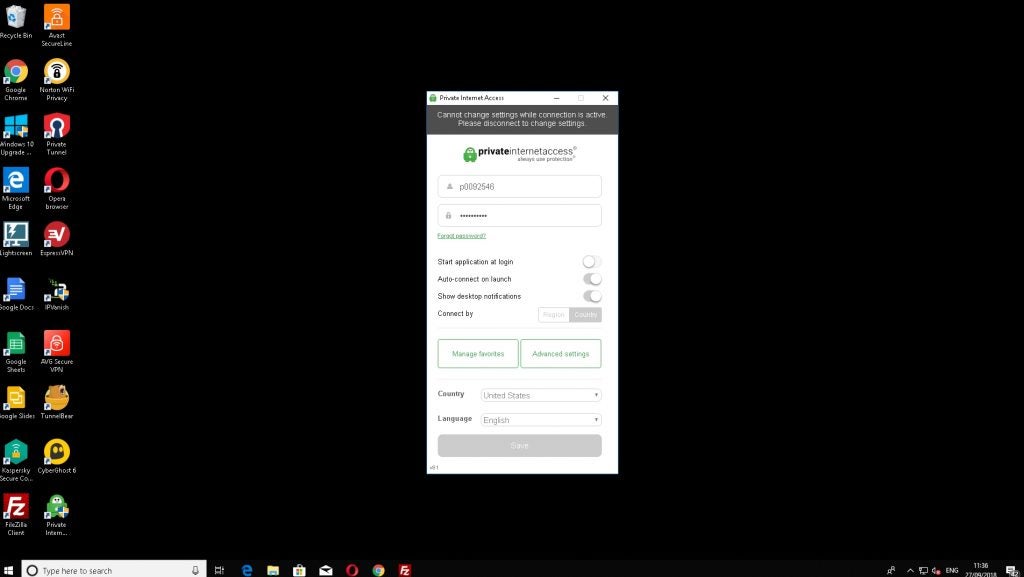 Private Internet Access earned our recommendation for best VPN for security in the last round of testing thanks to a combination of key features. These include a VPN kill switch, which will disable your connection if the encrypted VPN tunnel fails for whatever reason, and therefore protecting your browsing data.

On top of this, Private Internet Access users can enjoy excellent prices, make use of Windows, Mac OS, and Linux desktop clients, and iOS and Android apps.

Its security has also been robustly tested too – evidence submitted by the FBI in 2015, 2016, and 2018 has proven that Private Internet Access’s claims of not keeping customer connection logs are true.

While we think that Private Internet Access is the best value for money security option, there are other options. 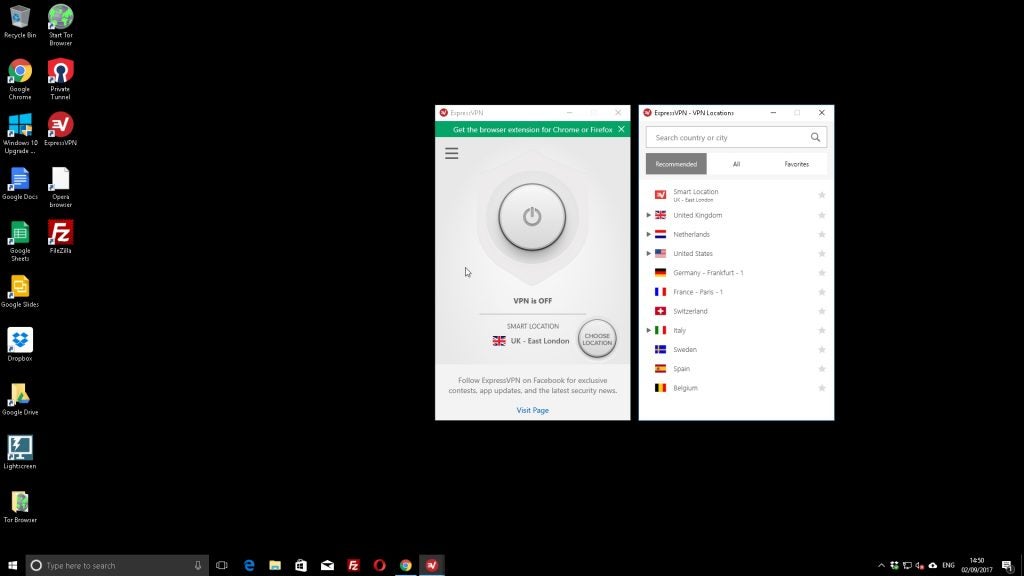 Best VPNs for security – Tried and tested by court orders

Private Internet Access is not the only VPN provider which has had its no-logging claims proven to be true. ExpressVPN, Proton VPN, and Perfect Privacy have all been subject to court orders and police visits in Turkey, Switzerland and the Netherlands respectively, and, each time, the providers were found to have kept no customer connection records.

ExpressVPN is worth checking out, as it features an all-important VPN kill switch, OpenVPN support, and offers clients for Windows, Mac OS, Linux (command line), iOS, Android, and even Amazon’s Kindle Fire and Fire TV devices – not to mention a large number of endpoint countries to pick from. On the negative side, ExpressVPN was detected by BBC iPlayer and Netflix in our last round of tests.

Switzerland-based ProtonVPN was also nicht so gut for streaming in our last tests, but, if privacy is your priority, it’s hard to beat. As well as a VPN kill switch, P2P use is supported, you have the option of routing traffic through the Tor (The Onion Router) network for further anonymisation, and Secure Core, which gives you extra protection against external network attacks, is thrown in too.

On top of a VPN kill switch, Perfect Privacy features support for OpenVPN, a Stealth mode – which attempts to conceal the fact that you’re using a VPN at all – and cascading connections involving multiple VPN endpoints, to further obscure your activity. While it is expensive, Perfect Privacy is also useful for households with lots of devices whose traffic you may wish to encrypt. While there are only clients for Windows, Mac OS, and Android, there is no limit on the number of devices you can use with one subscription.

Read our full reviews of: 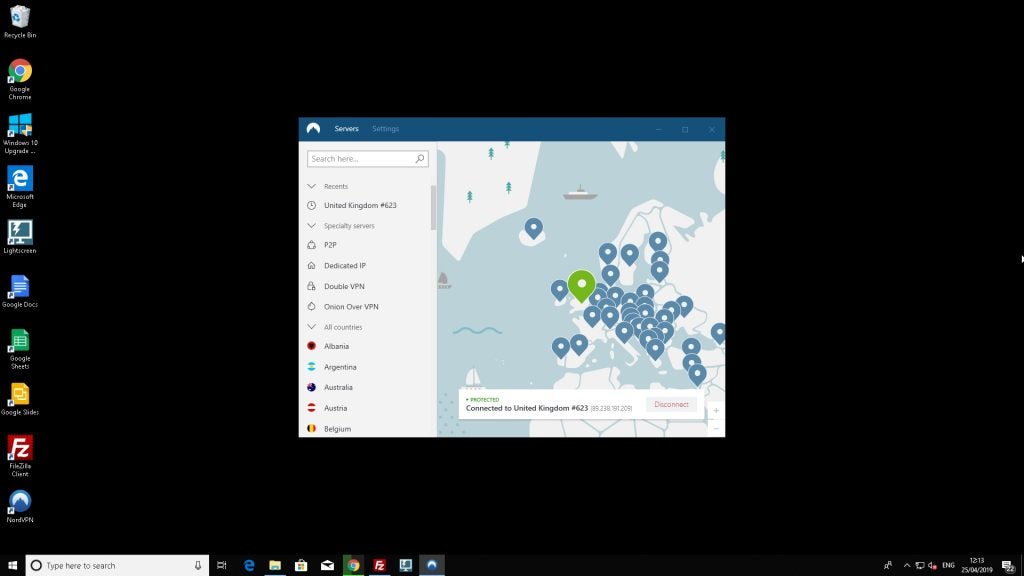 While neither NordVPN and TunnelBear have had their servers raided by the fuzz, they have both allowed themselves to be audited by external companies PricewaterhouseCoopers and Cure53 – and in both cases, each VPN provider has been found to have upheld their no-logging promises.

In addition to not keeping any connection records, NordVPN offers a customisable VPN kill switch, support for OpenVPN, clients for Windows, Mac OS, iOS, and Android and provides cover for up to six devices with one subscription. It’s also an excellent choice for streamers – in our most recent test, we were able to access BBC iPlayer and All 4 from UK endpoints, as well as the U.S. Netflix, Crunchyroll, and Shudder libraries.

The very reasonably priced TunnelBear also packs an all-important VPN kill switch, which, along with its no-logging policy, makes it an excellent choice for privacy-conscious users.

You can even have TunnelBear activate automatically on any Wi-Fi networks that aren’t on a trusted list, further strengthening your privacy and security. There’s also an experimental feature called GhostBear, which attempts to obscure the fact that you’re using an encrypted VPN connection at all. However, in our last round of tests, we didn’t have any luck accessing geofenced streaming services. TunnelBear also blocks standard BitTorrent ports, so, if you were after something else besides privacy, this could be a dealbreaker.

Read our full reviews of:

How we rank best VPNs for security

In this round-up, we’ve ranked all of the VPNs that we test and cover in our Best VPNs article in terms of the levels of protection offered to customers.

We consider if a VPN has had its no-logging policy independently verified, or, better still, been put to the test by a government order and a police raid.

While court evidence is perhaps the ultimate test of the trustworthiness of a VPN, if a company like PricewaterhouseCoopers has independently audited a provider, that’s a very solid guarantee that if a provider says it doesn’t keep any customer connection logs, they don’t keep any connection logs.

We also consider the security features a VPN provider offers. If a provider doesn’t offer you a VPN kill switch – a feature which will instantly cut your connection if the encrypted VPN tunnel fails, for whatever reason – then it’s not been included in this list.

Similarly, we’ve also factored in if a VPN gives you the ability to do things like use the Tor network, if it lets you use OpenVPN (configurable software that’s hard for firewalls to block), or if it comes with any extra features which attempt to fool any censorious VPN-detecting measures, by making your traffic appear ‘normal’.

How we test VPNs

We run tests from a London-based connection that typically sees speeds of around 10MB/s (80Mbps). We test several endpoints from each provider in three locations, the UK, the Netherlands, and the U.S.

Our reviews show the best results we are able to obtain by carrying out large file downloads via both FTP and through a web browser using HTTP. However, it’s important to note that these figures are a snapshot of performance at a single point in time, rather than being fully representative.

In addition to testing out speeds, we also test to see whether we’re able to view region-locked streaming video content from five key content providers. In the most recent round of tests, we looked at the Netflix, Crunchyroll and Shudder in the US, and All 4 and BBC iPlayer in the UK. Although Shudder and Crunchyroll only feature minimal region checking based on IP addresses, Netflix, BBC iPlayer, and especially All 4, work hard to identify and block IP addresses associated with VPN endpoints, so what works one month may not work the next.