Compared to the PS5, Xbox Series X has been rather quiet when it comes to major exclusives. Many are on the horizon, but right now the platform is rather light in terms of true next-gen experiences. So, what is there to look forward to?

Having acquired a number of studios in recent years, including the likes of Bethesda and Obsidian Entertainment, Microsoft will be an unstoppable force once these teams have had enough time to produce games we’ve simply never seen before. It’s safe to assume they will be coming first to Xbox and PC – with potential ports to PlayStation to follow.

Even with these dream projects on the horizon, there are still plenty of titles to entertain us on Xbox Series X in the coming months, and we’ve compiled all of the biggest and best for you below. 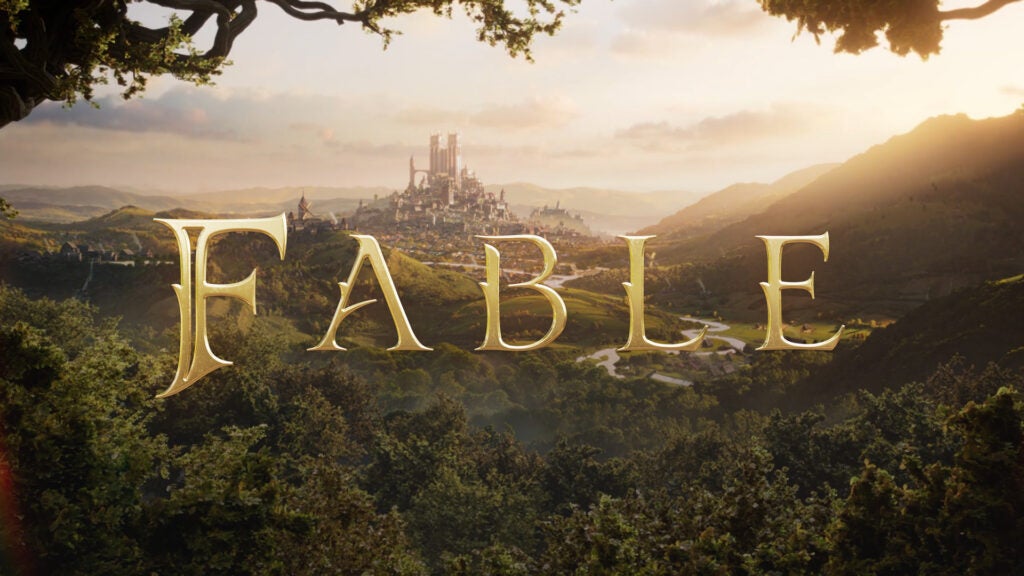 With Lionhead Studios closing in recent years and the untimely cancellation of Fable Legends, we honestly thought the Fable franchise was dead and buried for good. But now, Microsoft and Playground Games believe the time is right to bring this playful RPG experience back to life.

Details on Fable 4 remain incredibly light right now, with it only surfacing through a gorgeously charming CG trailer and little else. However, it seems to maintain the classic sense of humour and traditional fantasy setting we know and love. Here’s it hoping it does the original trilogy justice.

Given the original game was a nuanced exploration of mental health through the lense of a harrowing Nordic adventure, a sequel to Hellblade: Senua’s Sacrifice feels like it might be missing the point a little bit. Despite this, we have faith that Ninja Theory will produce something special for next-gen platforms.

The sequel will once again follow Senua as she fights through a world filled with awful horrors and monsters inspired by Greek Mythology. We imagine it won’t be an easy game to stomach, so prepare yourself for an emotional, challenging and undoubtedly gorgeous time when Senua’s Saga arrives in the years to come. 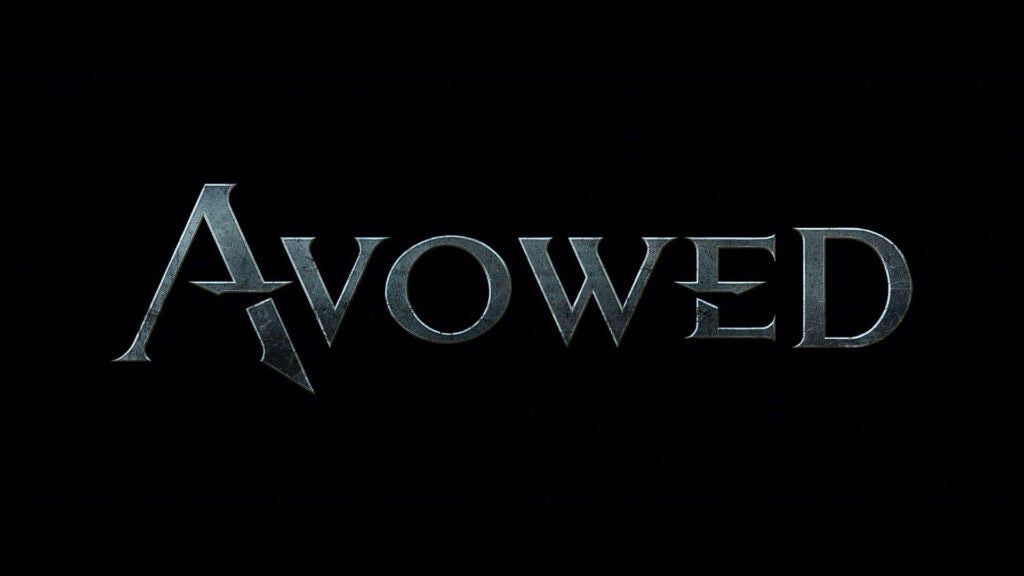 Avowed is a first-person RPG set in the ambitious world of Eora, and is developed by the team who brought us a number of modern classics such as The Outer Worlds and Fallout: New Vegas. Obsidian Entertainment is now under the Microsoft umbrella, and we can’t wait to see what they do.

Little is known about Avowed right now, although the reveal trailer teases a traditional fantasy affair which looks like a first-person version of Pillars of Eternity. Given how drenched in character and narrative that franchise is, anything inspired by it is fine by us. It’s likely this is years away, but that doesn’t make us any less excited. 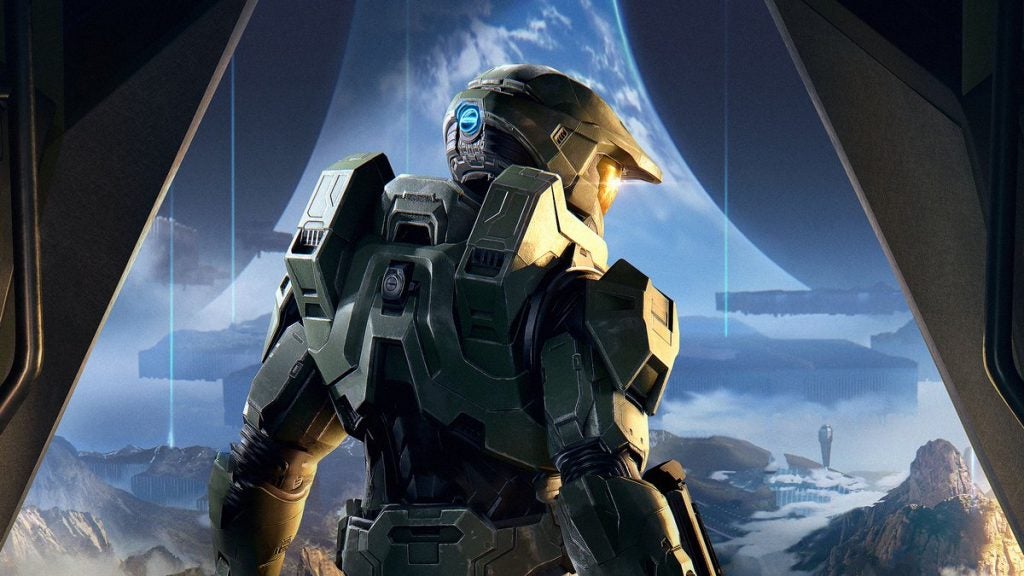 Originally planned as an Xbox Series X launch title, an underwhelming gameplay reveal resulted in 343 Industries pulling Halo Infinite away from the spotlight for a bit of extra polish. Now planned for a 2021 release, we really hope Master Chief’s next chapter is well worth the 6+ year wait.

Set to continue the events of Halo 5: Guardians, Infinite will follow Master Chief as he seeks to do battle with The Banished across a new Halo installation. Players will be free to explore a gorgeous world filled with enemies to defeat, quests to complete and ancient mysteries to discover. 343 Industries is determined to redefine the Halo formula, and we can’t wait to see it. 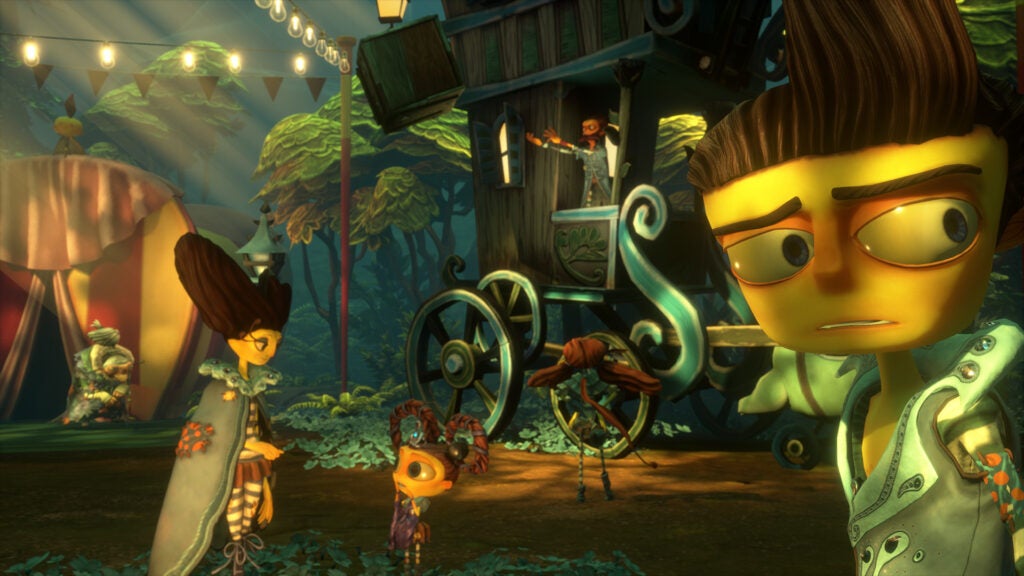 The original Psychonauts is a beloved platforming classic, and arguably never received the attention it deserved back on PS2 and Xbox. Now, Double Fine is hoping to continue this weird and wonderful adventure with a sequel across all manner of platforms.

Yet another studio that was recently acquired by Microsoft, it seems such a partnership has allowed them to push Psychonauts 2 far beyond its initial vision as a crowdfunded venture. Now, it has the potential to be something quite special, and could introduce the bizarre franchise to a whole new audience. 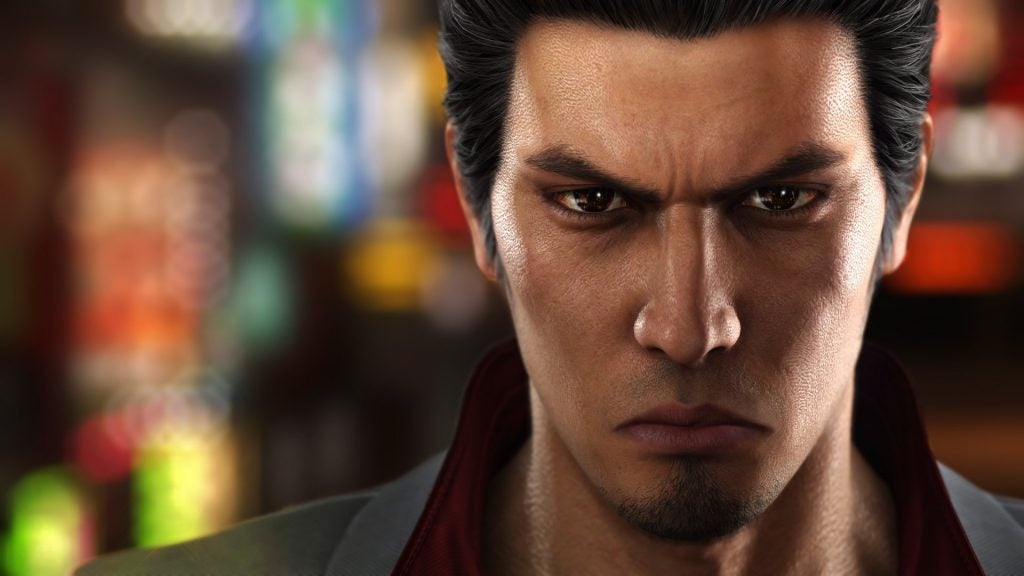 Yakuza has spent much of its life as a PlayStation franchise, but this reputation is slowly but surely shifting into a series which welcomes every platform under the sun into its arms. 2021 will see Yakuza 3, 4, 5 and 6 coming to Xbox and PC – with the latter arguably being the most substantial. Here’s what I thought of it in my 4.5/5 review:

“Yakuza 6: The Song of Life is a wonderful crime thriller that embraces everything that made the series great, refining it further with new technology – it blew me away. I’m not ashamed to say that the closing minutes of Kazuma Kiryu’s final chapter brought me to tears, acting as the culmination of a story in which I’ve lost myself for more than a decade.” 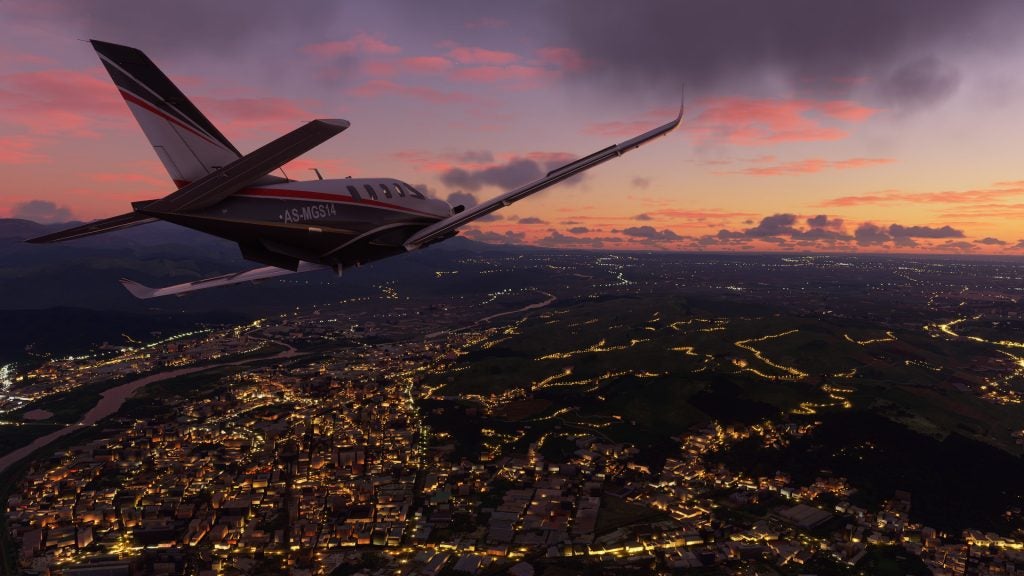 Asobo Studio performed some form of witchcraft with Microsoft Flight Simulator on PC. With the right technical specs, it managed to be a beautiful, photorealistic triumph that proudly cemented itself as one of the finest simulator experiences ever conceived. Now it’s coming to consoles and hopefully some of that magic remains untouched.

Earning 4.5/5 in my review, it’s really quite something: “Microsoft Flight Simulator is a triumphantly ambitious venture which pushes the boundaries of photorealism in the gaming medium. It requires a lot of horsepower and the support of Azure technology to accomplish such a feat, but these barriers are washed away when you’re staring down at endless cities and thick jungles from thousands of feet in the air. It’s breathtaking, and I hope it brings such simulators further into the mainstream.” 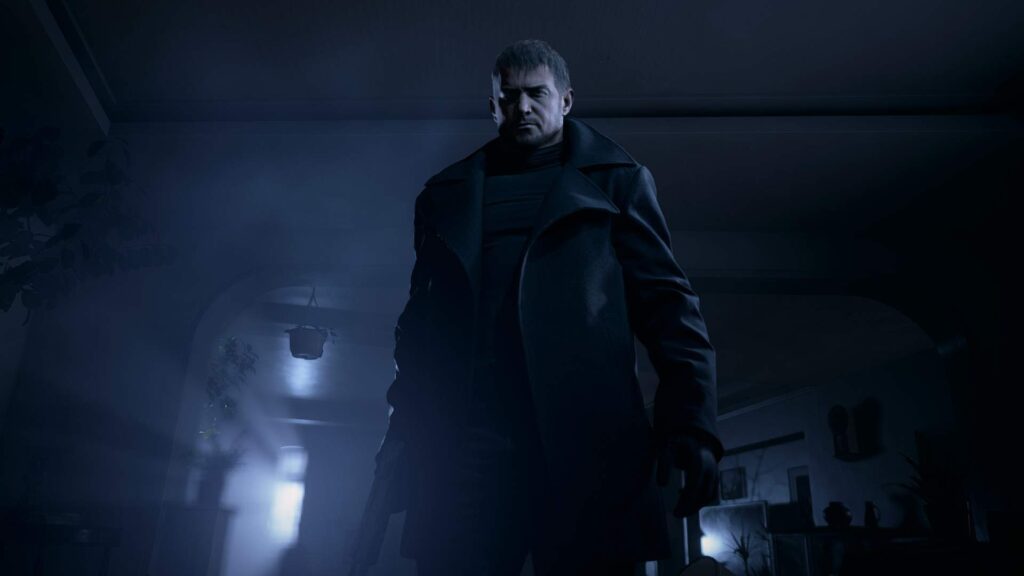 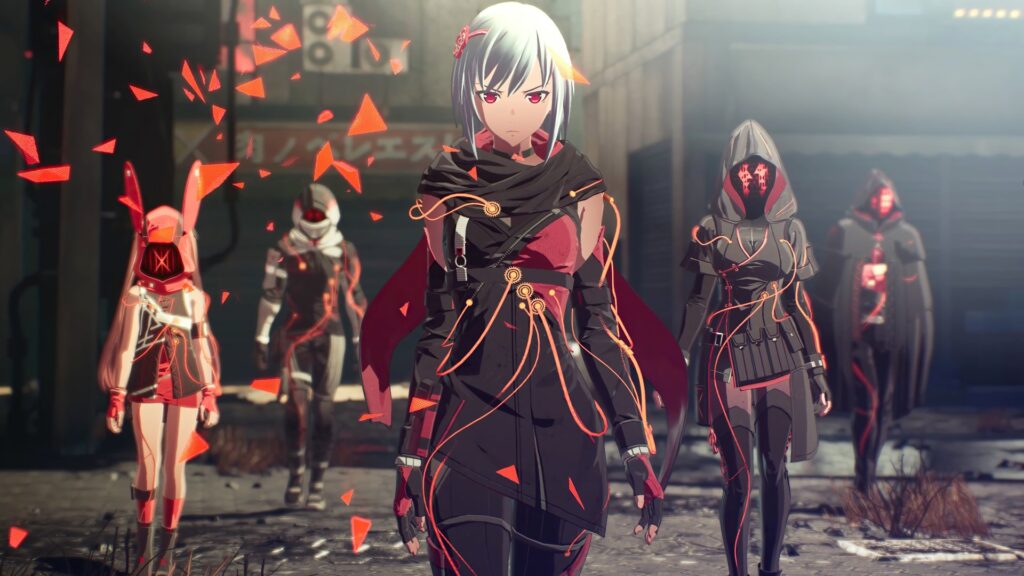 If you’re a fan of edgy anime boys and over-the-top action, Scarlet Nexus will almost definitely be up your street. Created by some of the minds behind Code Vein and the Tales franchise, this is an action role-playing game set in a dark future where humanity has formed societal factions based on the substance of human brains.

The main draw here appears to be the psychadelic anime visuals and a fast, frenetic combat system where you can use a variety of distinct weapons and abilities. While it likely won’t break any new ground, Scarlet Nexus is shaping up to be a fun adventure that genre fans will adore. 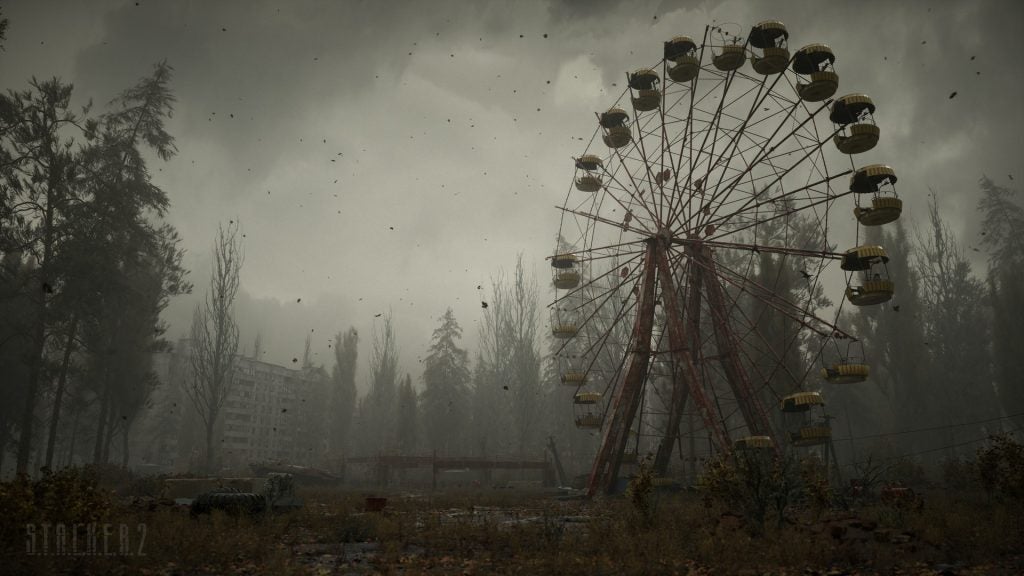 Acting as a direct sequel to the iconic survival horror title set amidst the Chernobyl exclusion zone, STALKER 2 is coming exclusively to Xbox and PC and aims to terrify us with a true next-generation vision of horror. It will be the first time this series has come to console, having previously been a dedicated PC experience with a bustling modding community. 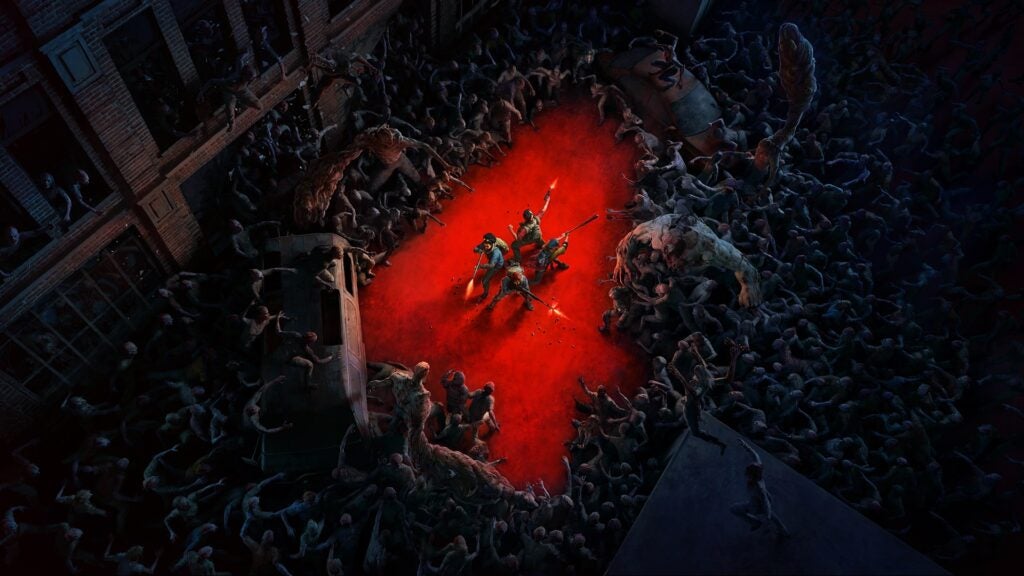 From the creators of Left 4 Dead and Evolve comes a new twist on four-player post apocalyptic survival. Fans of Valve’s iconic shooter franchise will find a lot to love in Back 4 Blood, which is essentially a spirtual successor to everything it managed to achieve.

You and three friends can team up to take on endless armies of undead hordes while making your way through a series of increasingly challenging levels. Zombies have several different enemy types, but you’re also in posession of a selection of deadly weapons in your arsenal. 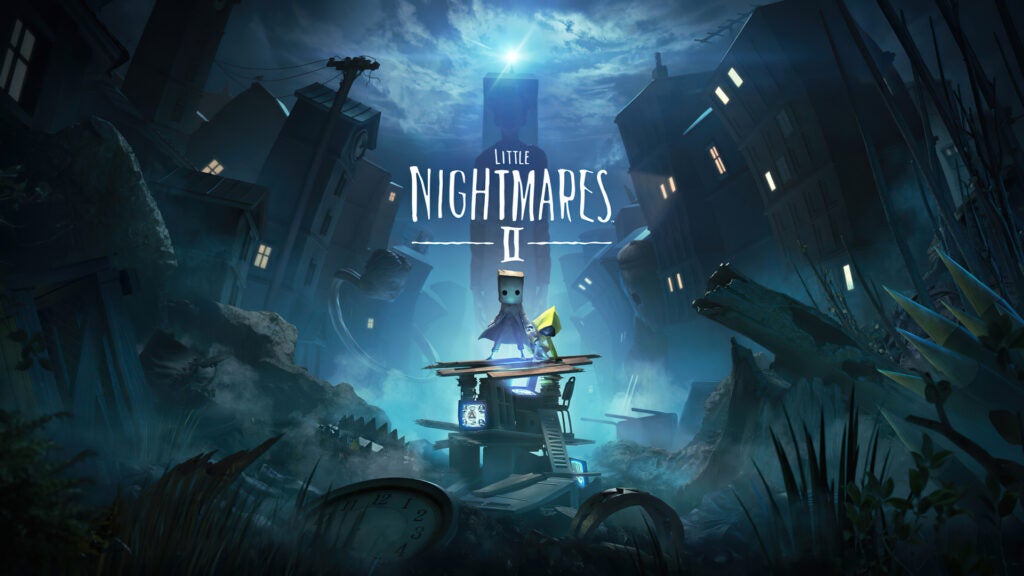 Little Nightmares 2 is shaping up to be a hauntingly beautiful platformer where players will descend into a dark and twisted world whose inhabitants are addicted to television. Your job is to survive, navigating this twisted realm in search of an evil menace known as “The Thin Man.”

Tarsier Studios has built upon the original game in a number of fascinating ways. Environments are more ambitious, enemies are more deadly and the world itself appears far more dynamic. It looks super spooky, and will no doubt be positively gorgeous on Xbox Series X.