Resident Evil 2 Remake is a survival horror triumph for Capcom. It translates the 1998 original onto modern hardware with an experience that feels fresh, exciting and absolutely terrifying to play.

When I was a child, I remember my brother being scolded for letting me watch him play Resident Evil 2. As I ran downstairs crying into my mother’s arms, the disc was snatched out of the PlayStation and hidden atop a cupboard that neither of us could reach. In hindsight, being terrified of pixelated zombies and cheesy voice-acting feels beyond silly, but also a testament to how effective Capcom’s survival horror series is and always will be.

A new standard was set with the original game’s remake back in 2002, and now the book is once again rewritten with Resident Evil 2 Remake. Leon Kennedy and Claire Redfield’s first foray into Raccoon City has been recreated with the utmost accuracy, without being afraid of pushing the boat out with a deeper narrative that opens the door for this series to do whatever it likes going forward.

While it does make some strange changes compared to the 1998 original, Capcom has crafted one of the finest survival horror experiences since Resident Evil 7, proving once again that George Romero’s classic undead are still a viable, undeniably sinister threat. 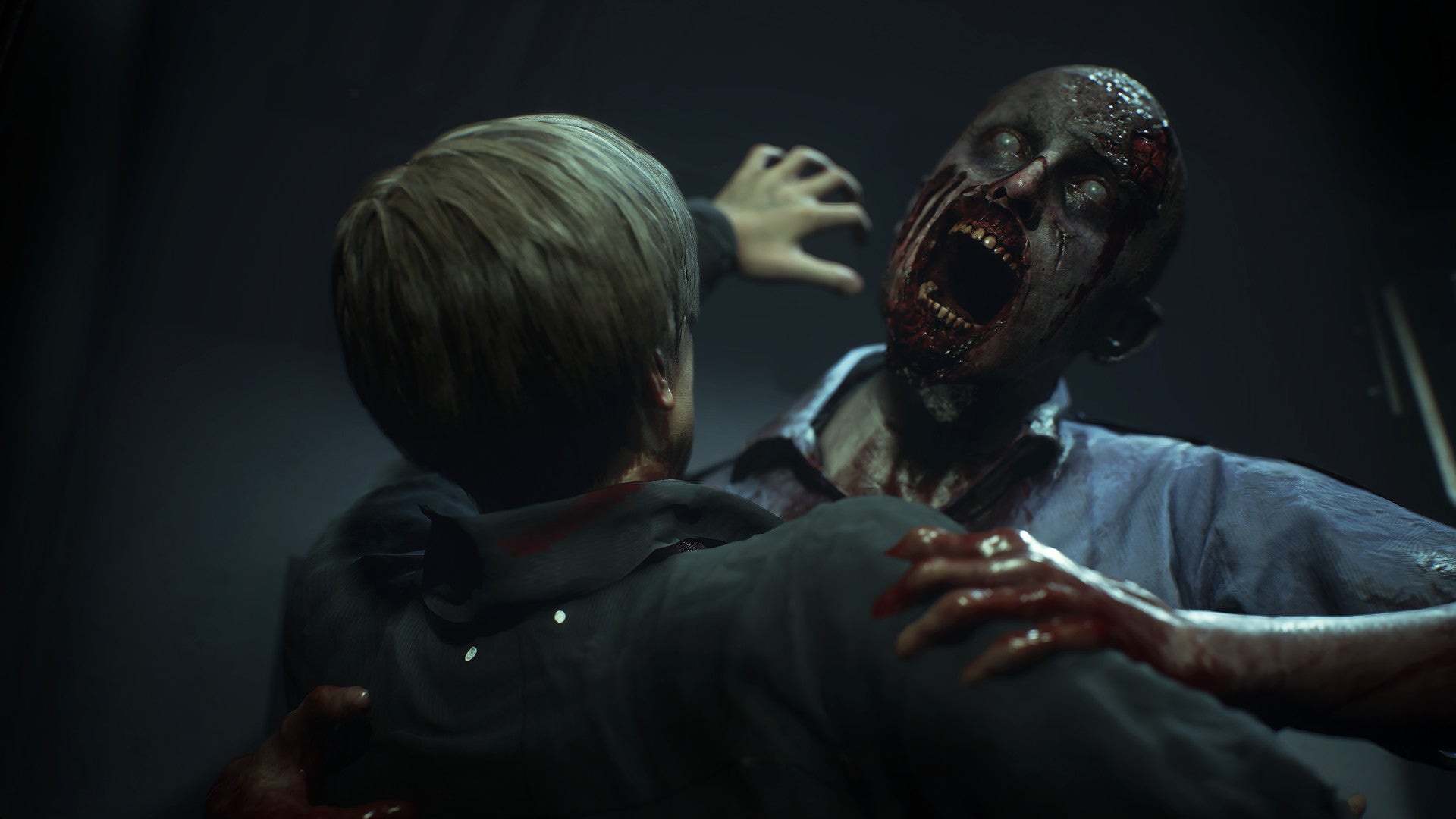 Sir! Could I have a moment of your time to talk about the Umbrella Corporation?

From the opening moments, I could tell I was in for one hell of a ride with Resident Evil 2 Remake. You can select from Leon or Claire’s campaign, both of which follow a similar path in terms of locations and puzzles, although the narrative experience is entirely bespoke. I would have loved more variety, but the tension that permeates each passing second helps to ensure things remain engaging despite repetition.

The opening sees you investigating a gas station, where you’re wary of the pitch-black darkness and eerie silence not to be expected right outside Raccoon City. Obviously, the place is crawling with zombies yet to be unearthed, coming out of the woodwork as you’re immediately forced to escape. Lasting only a few minutes, it’s perfect at introducing two characters we’ve known for years, but who possess a chemistry we’ve simply never seen expressed like this.

Leon Kennedy is a young, inexperienced rookie, confused by a threat he simply isn’t ready to deal with. Conversely, Claire Redfield approaches the situation without fear, willing to help those in need and get to the bottom of whatever the Umbrella Corporation is up to. They’re both excellent heroes, with plot threads intertwining just enough across both campaigns to keep things interesting.

You’ll stumble into a couple of other playable characters along the way, which I’ll leave you to uncover on your own. What I will say is that they expand upon the original in creative ways, providing context to the mythos that previously went unread. For hardcore fans such as myself, it’s a sheer delight. 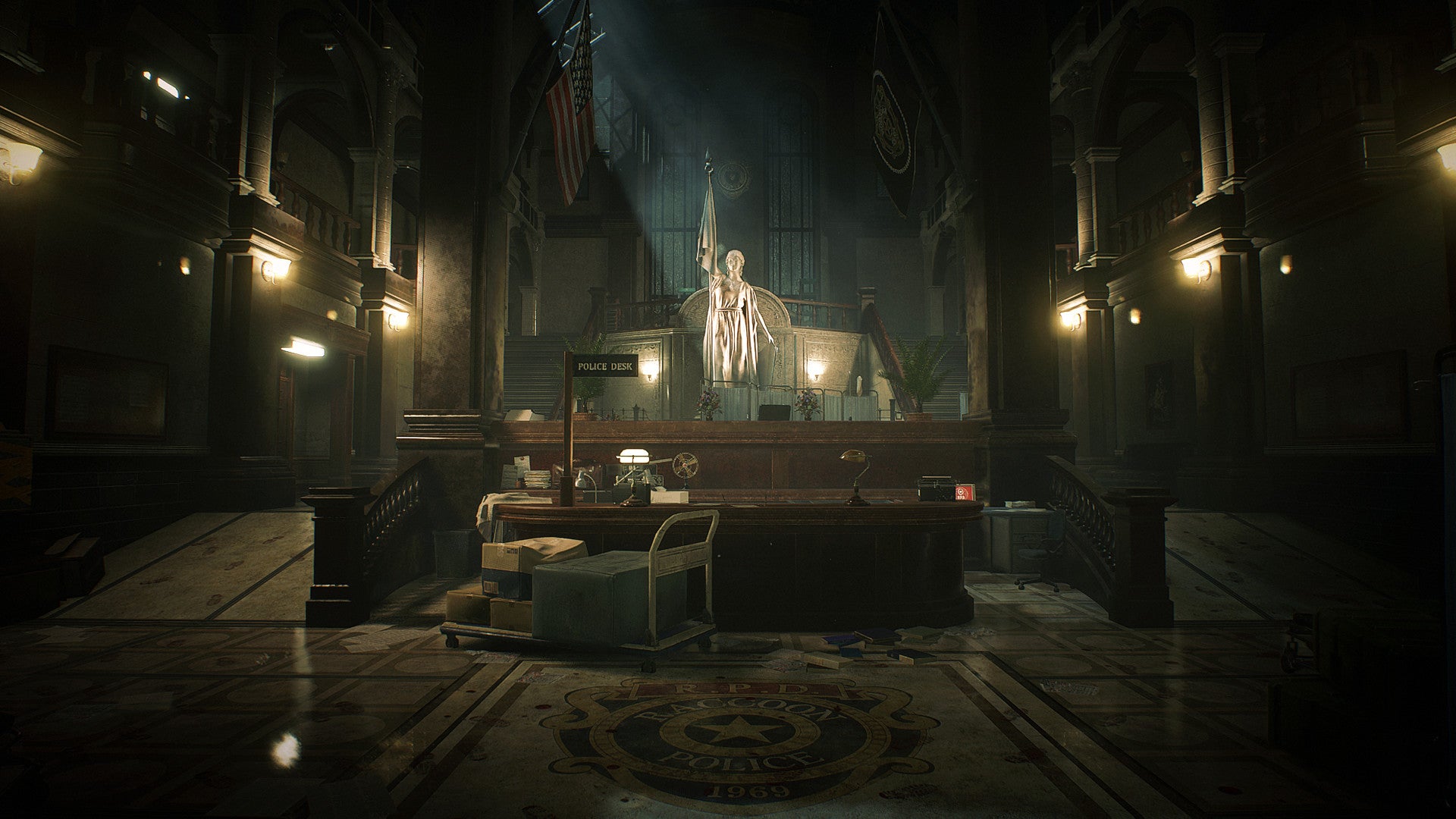 Those who played the original will recognise many of the places scattered about this remake. The Raccoon City Police Department, Umbrella NEST Labs, and dark, dank sewers are all present and accounted for, although the design has been changed radically enough that this feels like a brand new game.

Exploring the Raccoon City Police Station is a horrific marvel, its former identity as a museum turning each room into a relic stained with nightmarish creatures with which you must contend. The most common adversaries are, of course, good old-fashioned zombies. Nowadays, they can often be seen as cannon fodder disposed off with a simple touch. That all changes here.

Whenever I encountered the undead I was repelled by the lumbering load of flesh limping toward me. They were unpredictable, determined to feed on only my living body. This unwavering drive makes them all the more terrifying to deal with as they walk through several bullets without flinching.

Sometimes it’s easier to tear off a limb and run, which is arguably encouraged with the dynamic gore system utilised by Resident Evil 2 Remake. It’s disgusting, displaying the removal of skin, limbs and other body parts with the utmost viscera. Not since the original Dead Space have I physically recoiled in such terror at gaming violence, which can only be a good sign for the genre.

But how are the myriad firearms you use to fend off the undead? They haven’t changed much since the original, with an arsenal consisting of pistols, shotguns and grenades that you’ll upgrade by collecting new components hidden throughout the game.

Despite lacking in variety, they all pack a devastating punch that emphasises the weight of what you’re blowing away. Setting zombies aflame has never felt so good… until they get up again and starting coming after you. 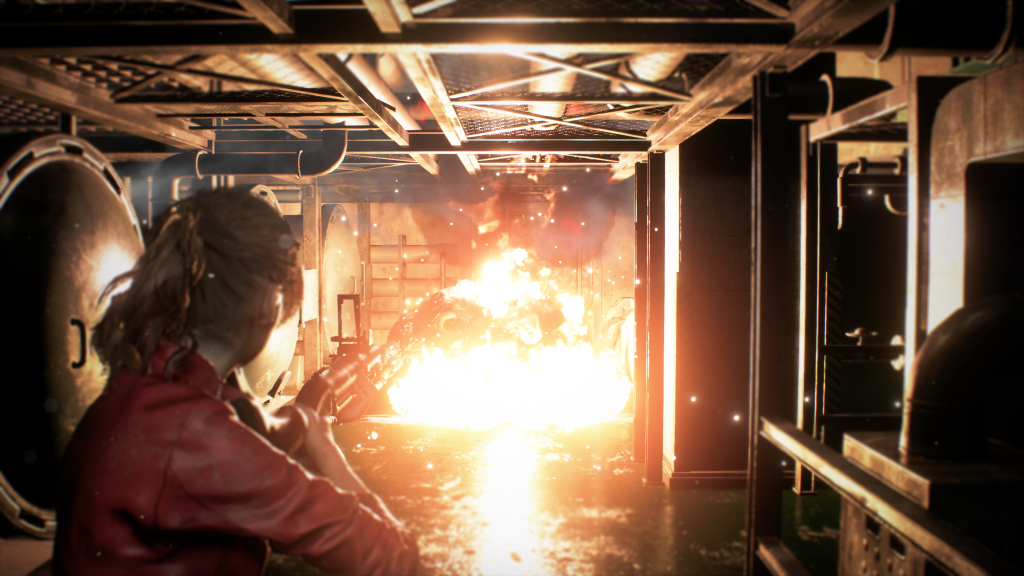 It’s far more generous than the vanilla experience, but item management is still paramount in Resi 2 Remake. I often found myself darting back to safe rooms like an idiot after discovering a vital item I needed yet no space to store it. Do I abandon this ammunition that could prove valuable now, or risk venturing back to an item box where countless zombies block the path?

Higher difficulties really help decisions such as this come into their own, making every room you stumble into a life-or-death situation. Granted, I quickly began to memorise the layout of major locations after return visits, noting what to avoid and why. However, this entire mindset is thrown into disarray with the second run.

This variant is unlocked after completing each respective campaign, and it’s a thrilling addition in its own right. Enemy placements are mixed up while select puzzles are made more challenging with extra intuition required to figure things out. Considering you need to take this approach to unlock the true ending and other goodies, it’s a relief things are shaken up a bit.

Capcom has remained true to the original’s quirky charm by including both unlockable modes: the 4th Survivor and Tofu Survivor. The latter is quite literal as you walk around as a personified lump of tofu with weapon in hand. You’ll have to work hard to gain access, but Tofu Survivor is more than worth the effort of admission. Just get yourself ready for a hearty challenge. 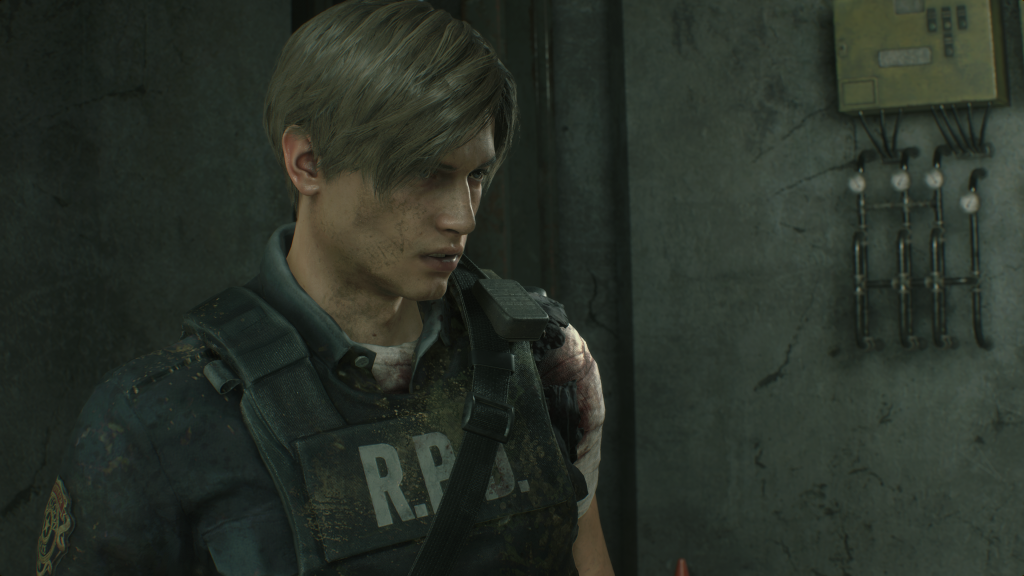 While the narrative has been expanded, and feels far more genuine thanks to improved performances, the generic structure sometimes feels like a detriment. You venture from locale to locale with little room to breathe in-between them, robbing you of an opportunity to explore the streets of Raccoon City beyond a few rain-drenched snapshots.

One positive to come out of this is how appetizing Resident Evil 2 Remake is to my inner speedrunner. I must have already played through the collection campaigns about five times, desperate to achieve higher times and completion grades. It’s thrilling, forcing me to conjure up new strategies to prevent zombies gnawing on my neck.

Much like the Resident Evil titles before it, there are scores of unlockables to be found by shooting hidden sculptures throughout the campaign. These, alongside in-game trophies, will unlock concept art and models to view from the main menu. It isn’t groundbreaking, but will nonetheless prove the ideal extra for series’ veterans.

Resident Evil 2 Remake is a survival horror triumph for Capcom. It translates the 1998 original onto modern hardware with an experience that feels fresh, exciting and absolutely terrifying to play.

Leon Kennedy and Claire Redfield deliver uniquely excellent campaigns who, despite clearly being cut from the same cloth, distinguish themselves enough to make this the definitive version of the beloved classic.

It isn’t perfect, arguably confined by the blueprint it established more than 20 years ago, but as a recreation of the source material, it’s almost note perfect.