What is the Surface 3?

In essence, the Surface 3 is a thinner, lighter, smaller and cheaper version of the Surface Pro 3. It has a 10.8-inch screen and weighs just 887g with the keyboard attached (622g without), but it’s less powerful than many of the laptops it aims to replace. It’s kind of awkward on your lap and you’d struggle to recommend it to a friend without pointing out how ‘different’ it is. It’s complicated.

That doesn’t sound like a ringing endorsement, but the Surface 3 is more than the sum of its parts. Its Intel Atom processor is competent rather than fast and its battery doesn’t last quite as long as laptops like the Asus Zenbook UX305, but it’s charming, versatile and – like a good camera – it makes you want to use it. And, unlike the Surface RT it replaces, it runs on a proper version of Windows, so it’s actually useful. 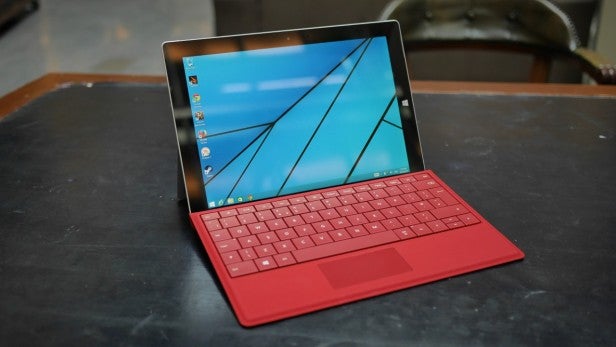 You could easily rename the Surface 3 the Surface Pro Mini, though ‘mini’ is somewhat generous. Its 10.8-inch screen is significantly smaller than the 12-inch Surface Pro and this has several – largely positive – knock-on effects, but it’s mini compared to the Surface Pro, not in an iPad Mini way.

It’s also thinner – 8.7mm vs 9.1mm – but the more important point is the Surface 3 is fanless. Intel’s Atom processors aren’t speed demons, but they’re efficient enough that they run happily without additional cooling. It’s another way the Surface 3 is a better tablet, as you’ll never be interrupted by the unwelcome whir of a fan. 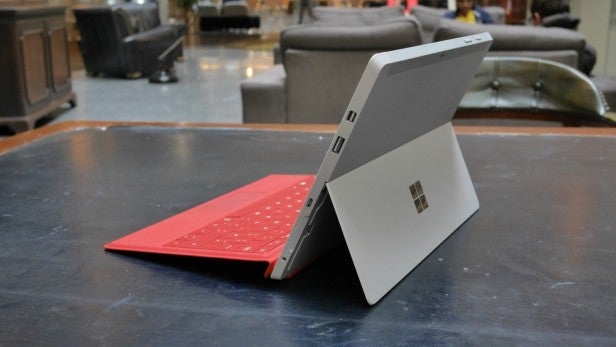 Yet the Surface 3’s also a vastly better hybrid than the ill-conceived Surface RT line ever was. That’s mostly down to the fact it runs a full, unlimited version of Windows 8.1, but also because it employs most of things that made the Surface Pro 3 such a great product.

While smaller, the Surface 3 retains the same 3:2 aspect introduced for the Pro 3. It’s a good compromise between the widescreen 16:9 of previous Surface tablets and the 4:3 aspect of an iPad. It works just as well in portrait as in landscape, or in desktop and tablet modes. 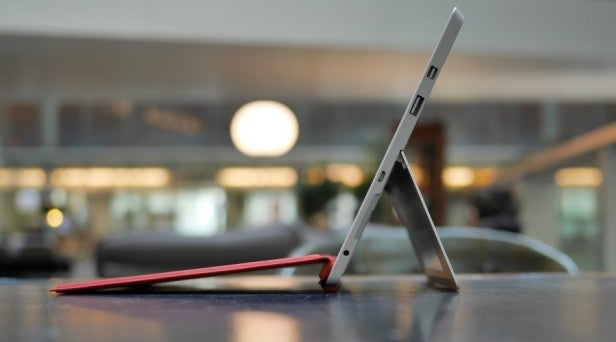 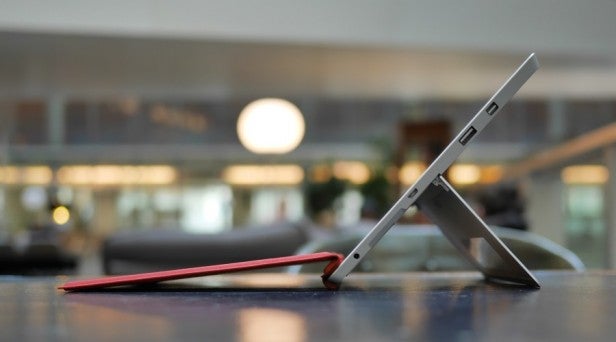 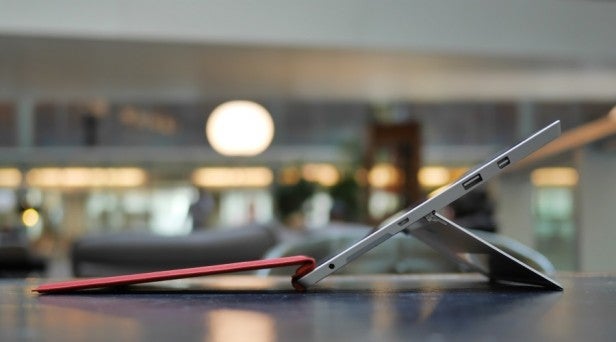 You also get an improved kickstand. It isn’t as adjustable as the Pro’s novel effort, but it has three sensible angles that work well for a variety of situations. You’ll rarely encounter a time when you can’t find an angle that works for you – I found the middle and shallowest angles the most useful.

As with previous Surface tablets, the hinge is impressively durable and this is arguably the easiest Surface to use on your lap. Its size and weight make it less cumbersome than the Surface Pro 3 and it remains stable, provided you keep both your legs level. It’s not as easy to use like this as a laptop, but it’s good enough if you don’t have to do it all the time.

Use it on a table, though, and the Surface 3 feels little different from an ordinary laptop. You can magnetically clip the keyboard to the bottom of the screen to create a more comfortable typing angle, but it feels better for typing when left flat on a hard surface – the angle works best on your lap.

The versatility of the design means you can enjoy using the Surface 3 in settings where laptops are awkward, and you can even use the on-screen keyboard effectively with the Surface 3 at its shallowest angle. 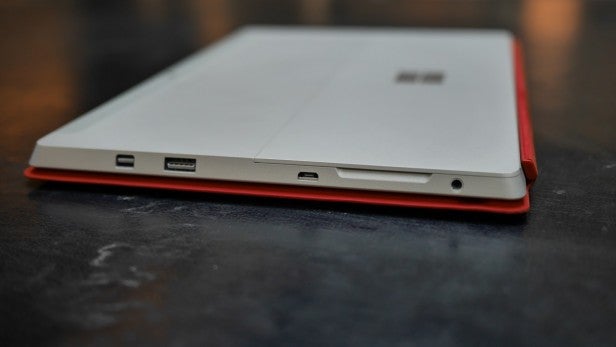 Connectivity is limited, but not as much as some small hybrids we’ve seen – the Asus Transformer Book T100 Chi springs to mind here. The Surface 3 has a full-size USB port, a Mini DisplayPort output and Micro USB expansion, which is sufficient when paired with the fast AC Wi-Fi and Bluetooth 4.0.

Everything you really need is here and Microsoft has even upgraded the two cameras. You now get an 8-megapixel camera at the rear and 3.5-megapixel on the front. They’re both adequate for what you’ll need from a tablet.

The keyboard is a decent effort given the constraints of the hybrid design and the smaller screen. In fact, the keys are the same size as those on the Surface Pro 3, so there’s no meaningful compromise there. They’re comfortable to type on and have a not unpleasant sharp, precise action. We’re not talking ThinkPad quality here, but they’ll do.

The touchpad, however, is very small and awkward. It’s hard to be precise on such a small pad, and using gestures to scroll up and down pages is hit and miss – Google Chrome was particularly bad for some reason. 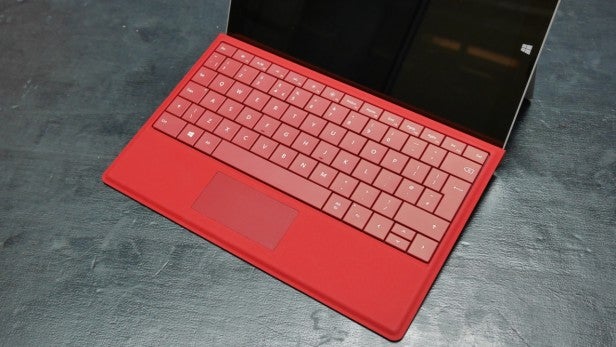 But the large, responsive touchscreen makes up for this. It’s often easier to employ it to do some actions, and the nature of the web these days means many websites and web apps are more touch friendly than in the past.

If there’s a serious concern about the keyboard, it’s the durability. The keys and touchpad seem fine, but the soft velour-like material around the palm rests scuffs and wears easily – I only had the Surface 3 for less than a week when small signs of use were obvious.

It’s a cosmetic rather than a functional issue, but the idea that your expensive keyboard accessory could look tatty and worn after a year or so is kind of annoying.