What is the new MacBook?Apple’s new MacBook is the laptop in its most basic, stripped-back form – I called it a laptop for the iPad generation when Apple first announced it. This slight, 12-inch laptop weighs just 920g and, like the original 2008 MacBook Air, removes almost all external connections. It has no normal USB ports, no normal video outputs. In fact, it has as many ports as an iPad.

You still get a headphone jack, but a single new type of USB connector serves as the power input and only external interface in one. You need an adapter to use any normal USB cable and there’s no SD card slot for your camera’s photos.

It’s beautiful, brilliant and compact, but it’s also divisive, troublesome and a luxury. There’s a great deal to love about it, but only if you can make peace with the compromises it forces upon you.

Related:Apple MacBook Pro 2016: Everything you need to know

Update – 19/04/2016: Apple has announced and subsequently launched a refreshed 2016 12-inch MacBook line up. Pricing hasn’t change, and the MacBook form factor is also identical. You won’t be able to buy the 2015 MacBook direct from Apple any more, and if you’re buying from third-party retailers, make sure you’re getting the latest edition, or at least getting a nice discount on a 2015 model.

What’s changed? Lots of stuff under the surface. For starters, Apple now offers a wider range of more powerful and more efficient Intel Core M processors, starting at a Core m3, to Core m5 up to Core m7. Despite the increase in power, the latest generation of Intel processors (called Skylake) are more efficient, and as a result Apple reckons you’ll get an extra hour of battery life. RAM speed has received a boost, too, up from 1600MHz to 1866MHz, which should make a small amount of difference to overall performance. Finally, there’s a Rose Gold (pink) edition available, putting the MacBook in line with Apple’s other smaller products.

The review below is still very much relevant to the new 2016 device and we’d expect improvements across the board. We’ll update this review if Apple makes 2016 MacBook review units available 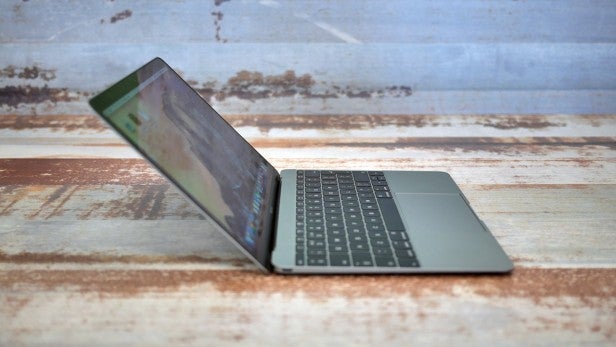 Does tech need to be desirable? Not really, but it’s sure nice when it is, and the new MacBook is very desirable. It’s a certain quality that momentarily blinds you to any weaknesses – it makes you think “I want that,” which is no doubt the intended effect.

It helps that you get a choice of colours, too. The MacBook is available in the traditional Silver, but also in iPad inspired Gold and Space Grey. The Space Grey version looks great – it’s comfortably my favourite. The contrast against the black keyboard and black glass around the screen looks just right. It lends the MacBook a sense of “otherness” compared to the uniform silver aluminium of other MacBooks, and reinforces the sense that it’s closer to the iPad in philosophy and intent. 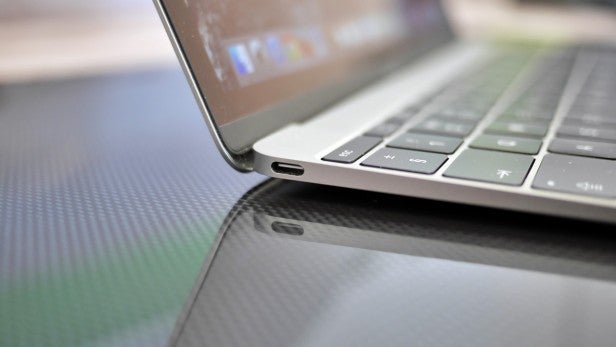 But no discussion of the new MacBook can ignore that port. Apple is the first to adopt the USB-C standard, a new USB design that’s much smaller and reversible. It’s very similar, in some respects, to Apple’s Lightning connector, but it supports the faster USB 3.1 standard. This single port acts as the only data-carrying connection, as well as the power charger and the only potential video output.

It’s innovative and a big improvement on the ageing old-school USB connection we know, but it also presents problems. Simple things, like charging your phone, require an adapter, while a three-way adapter that includes an HDMI out, a normal USB port and a power connection is an expensive extra.

In time this inconvenience will be lessened as accessories adopt the new connection, but even when they do the MacBook still only has one of them. That means you can’t charge the laptop and have something connected at same time – not without yet another dongle, at least. Basically, the new MacBook is just like the original MacBook Air, which had a single USB port and a video output when it launched back in 2008. Apple eventually relented in its fundamentalism, but it took a couple of generations to find a happy balance.

Related: USB-C: Everything you need to know 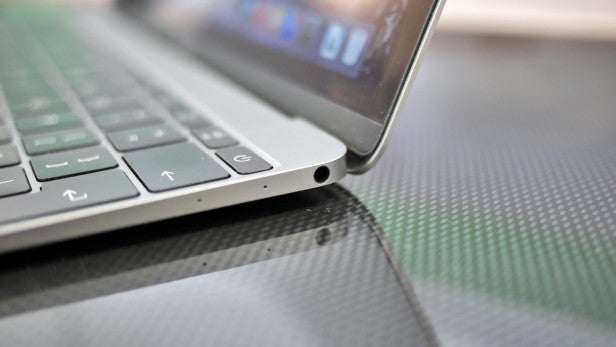 That might still happen with future iterations, but for now you need to adapt to use the MacBook. You might find that easy if you don’t own a camera or use flash drives often, but the MacBook really serves the most locked-in Apple users who rely on iCloud for syncing photos and their data, or other similar cloud services.

The plus side to this compromise is the sheer portability of the new MacBook. It can’t match the super-slim screen bezel on the the Dell XPS 13, but you still get a 12-inch display on a laptop that’s similar in size to past 11-inch laptops. It’s a great laptop for working in tight spots and it’s so thin and light that you don’t need a hefty bag to carry it around. 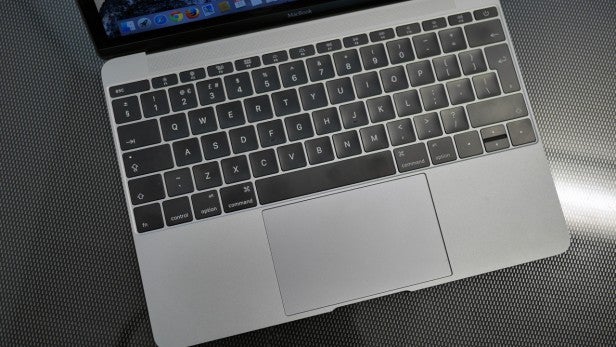 Apple’s new Force Touch trackpad is awesome – I’ve already waxed lyrical about it in the 13-inch MacBook Pro review, but it bears repeating. If you missed the details, it abandons a standard click mechanism in favour of an electromagnet that creates an artificial click sensation, while force sensors detect how hard you press.

This has all sorts of benefits, but the best is how you get the same feedback no matter where you click. You can even adjust how heavy the click from the pad feels in the settings, while the large glass surface glides perfectly. 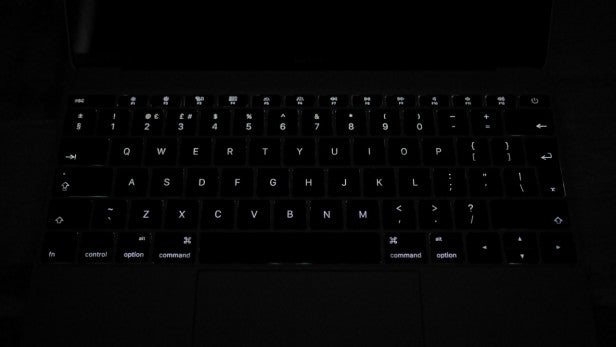 The Force Touch options are subtle rather than essential, but the way you can press progressively harder to seek through QuickTime is very neat. It’s just a shame the benefits are limited to the OS and Apple apps, so the opportunities to use Force Touch are limited right now.

The keyboard, meanwhile, is another love-or-hate feature. Apple has re-engineered the keyboard to work in such a thin laptop, using a “butterfly” mechanism instead of the typical “scissor” keys. The result are keys that have a remarkably even and flat feel, but also very shallow key travel. 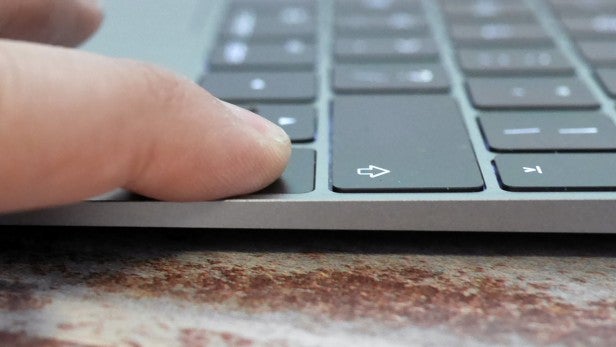 Some people won’t like the shallow feel – it didn’t take me long to get up to speed, but I can’t guarantee everyone will adapt as easily. But the action is still sharp and precise, so you’re never left wondering if you’ve hit the key correctly, and it’s extremely forgiving of off-centre strikes.

Arguably the worst thing about the new keyboard is how noisy it is – I’m more aggressive in my typing than typical, so I had to make a conscious effort to type more gently in public spaces. You can type quietly on the MacBook, but it isn’t naturally quiet like the very best ThinkPad keyboards.