What is the iPad mini 3?

It’s not often that Apple drops the ball on a product – but this is definitely a dropped ball. The iPad mini 3 isn’t a bad tablet by any standards; it’s just almost identical to last year’s iPad mini 2, which is still on sale. For less money.

So what are the differences? The first is minor – the iPad mini 3 is available in a new gold version. The second is more interesting. It comes with Touch ID, Apple’s fingerprint scanner built into the Home button.

These changes aren’t enough to warrant the £80/$100 extra Apple expects you to fork out for the iPad mini 3 over it’s predecessor. The simple fact is that most people would be better off buying the 32GB iPad mini 2 for £279/$349 or going for the bigger iPad Air 2, which comes with a bevy of new features and benefits.

Even though most of the technology on the iPad mini 3 is a year old, we’ve put it through its paces to find out if it can still hack it.

The iPad mini 3 is one of the best-designed tablets around. Made of aluminium with a shiny diamond-cut edge where it meets the screen, it looks and feels great in your hand. There’s a light texture to the rear which makes it grippy and easy to hold, even with just one hand. 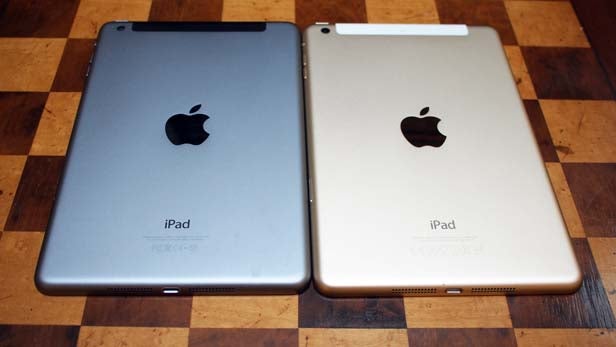 At 331g it’s not the lightest 8-inch tablet on the market – the Samsung Galaxy Tab S 8.4 is lighter. Regardless, the mini 3 doesn’t weigh much and is easily manageable for long stints of browsing or watching movies. 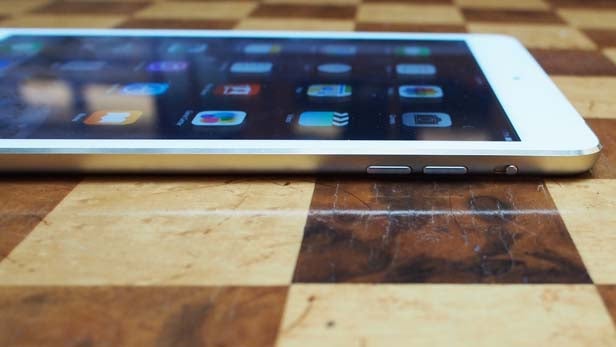 All the buttons are made of metal, adding to the premium feel of the tablet. The power button is at the top and the volume buttons are on the right-hand side – they’re all easily accessible. There’s a mute/rotation lock just above them, which is something Apple has removed from the larger iPad Air 2.

The Lightning port – Apple’s proprietary data transfer and charging connector – is located at the bottom, surrounded by the speaker grilles. 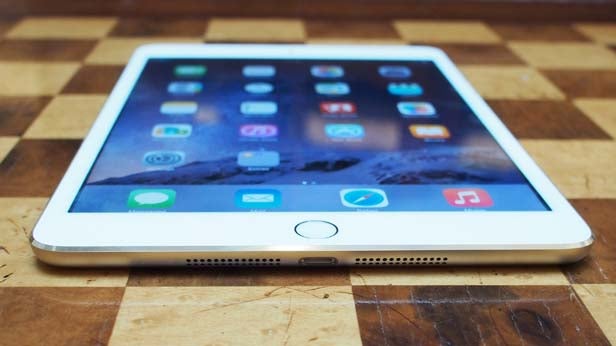 There’s only one alteration in terms of design, and that’s a metal ring around the Home button.

As we’ve already mentioned there’s only one noteworthy difference between the iPad mini 3 and it’s predecessor, and that’s the addition of Touch ID.

Touch ID is a biometric security system that enables you to easily unlock your iPad by pressing your fingerprint on the sensor built into the Home button – we saw it first on the iPhone 5S.

The brilliance of Touch ID doesn’t work quite as well on the iPad as it does on an iPhone. You use your phone at regular short intervals, rather than for long periods at a time, so quick unlocking is more important on a mobile. Also, because your phone is always with you, it’s more likely you’ll lose it. Most iPads stay at home and are used for long stretches, so there’s less locking and unlocking involved. Still we’re not really complaining – unlocking with Touch ID is slick and it makes using the iPad mini 3 that little bit easier. 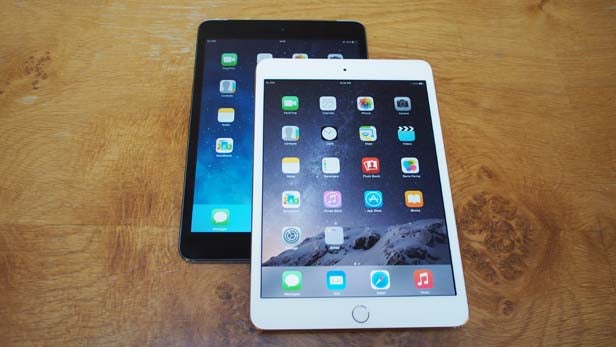 Once Apple Pay has properly trickled through, though, Touch ID will make a lot more sense on an iPad. Apple Pay lets you make purchases easily, just by touching your finger to the the Home button.

Retailers have clamoured to join up to Apple Pay, and with good reason. Eliminating steps that make consumers drop out of the purchase funnel is a key aim of all online retailers, and one of the big blockers is having to input credit card and delivery details. Online shops spend countless hours and a great deal of money refining this process, but nothing is quite as slick as Apple Pay. It makes the iPad mini 3 and iPad Air 2 the world’s most technologically advanced shopping carts.

The NFC chip Apple introduced on the new iPhone 6, iPhone 6 Plus and Apple Watch is not included in the iPad mini 3. It makes sense. Apple’s NFC is limited to touch-to-pay and the iPad is too big and too clunky to be used as such a device. No big loss there. There’s one case where NFC would be useful on the iPad mini 3, and that’s to use it as a mobile till to receive payments.