Microsoft claims 10 hours of video playback for the Surface 3 with Wi-Fi turned on/off. That’s more or less accurate in our experience, though it ignores the fact that most people tend to stream video these days, rather than downloading it and watching it offline.

Nonetheless, the Surface 3 will last nearly a whole day on a full charge – certainly most full working days. It lasted a creditable eight hours and 40 minutes in the mixed-use Powermark benchmark, which consists of web browsing, video playback and productivity. This falls short of larger laptops like the Asus Zenbook UX305, which managed nearly 12 hours in the same test, but it’s among the very best for a hybrid tablet.

The result is consistent with regular use – I used the Surface 3 as my work computer for a full day and ended with a comfortable 20% or so remaining for the trip home. Provided you avoid the most notorious energy sappers, like Flash-heavy websites, then you’ll have few problems.

Once drained, an hour-long charge using the provided Mini USB charging adapter added 22%, which makes the Surface 3 a somewhat sluggish charger. Still, that’s enough for around two hours of use, so it’ll do in a pinch. 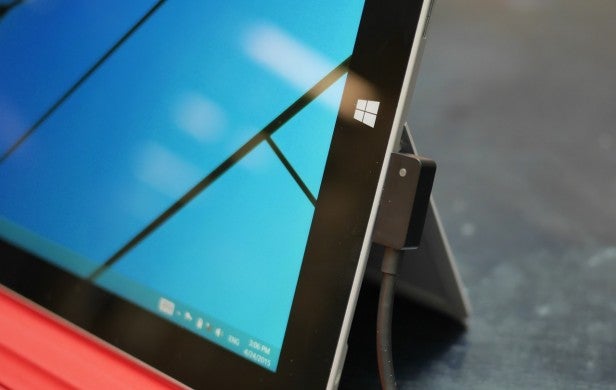 One of the key attractions of the Surface 3 over a regular laptop is its digital pen support. The Surface Pen, which is an N-Trig active digitiser, is sold separately. It’s great for any student, though, as it lets you take handwritten notes in OneNote. The button on the top will, when pressed, instantly open OneNote even when the Surface 3 is locked. And, once again, the Surface 3’s smaller, lighter frame makes it easier to use as a digital notepad.

The Surface Pen’s only serious drawback is very slight lag. It’s not enough to put you off using it, but you’ll notice it all the same. The N-Trig pen doesn’t have as many levels of sensitivity as the Wacom either, which may disappoint budding digital artists.

Another reason for students to consider the Surface 3 is the bundled, one-year subscription to Office 365. This is increasingly common among cheap laptops and tablets and it’s an obvious ruse for Microsoft, but free is free.

Finally, it’s worth touching on the fact that Windows 10 is coming this year. It’ll be a free upgrade and though Windows 8 works pretty well on hybrids like the Surface 3, it can’t come soon enough. Whether Windows 10 will solve the irritating paucity of quality tablet apps in the Windows Store remains to be seen, though. There are some gems in there, but they’re buttressed by a large number of spammy crap and outdated, poorly maintained big names. 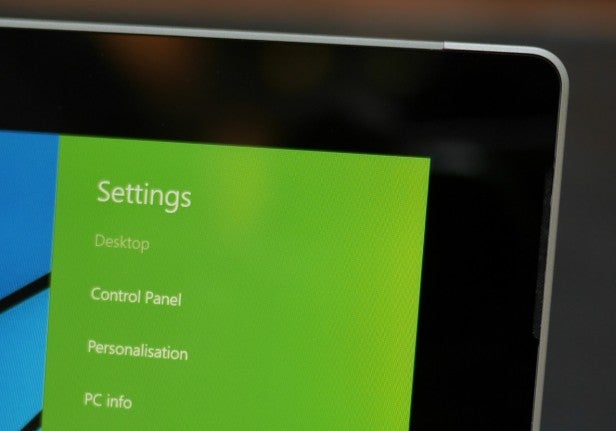 Should I buy the Surface 3?

It’s not for everyone, but the Surface 3 is a great option for students or anyone who’d like a tablet that can serve their basic computing needs as well. Think of it like a phablet. People like phablets because they fill the gap between owning a phone and a separate tablet, and the Surface 3 does the same for tablets and laptops.

Vitally, unlike previous efforts, the Surface 3 fills this gap well. It isn’t the fastest Windows option out there, but it’s supremely versatile and fun to use. Battery life is excellent and all the core features, such as the screen, connections and keyboard, meet and often exceed the minimum standard of goodness.

The caveat, of course, is that some might be better off with a proper laptop. For the same money you can buy the Asus Zenbook UX305, which is faster and has better battery life. Go cheaper and you have things like the Toshiba Chromebook 2, or even the HP Stream 11. You’ll have to decide which option is best for you, but you’re unlikely to regret choosing the Surface 3.

Microsoft has finally made an affordable hybrid that truly works. It looks and feels great, is fun to use and delivers where it counts.