The Surface 3’s screen isn’t as sharp as the iPad Air 2‘s retina screen – that much is obvious. Its 213 pixels per inch (ppi) is significantly less than the iPad Air (264ppi), but the difference in real life isn’t that significant. The Surface 3 looks sharp enough and is easily the match, and often the superior, of any laptop at the same price.

That’s no less true of the screen as a whole – it’s a very good screen. Colours are punchy yet realistic, it’s bright enough to be useable in even harsh lighting and contrast is above average for an LCD screen. 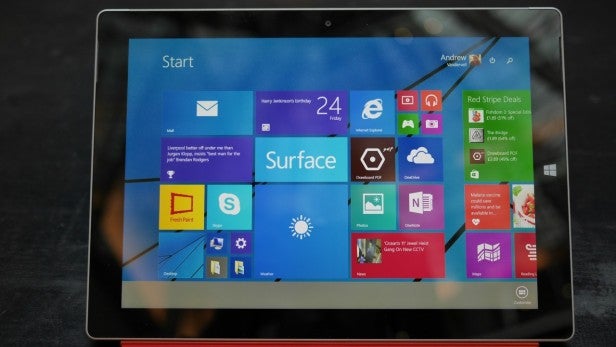 This makes the Surface 3 as good for watching videos as it is for working on. Any good-quality HD video looks rich and immersive, even if the Surface 3 can’t resolve quite as much detail and colour as a top-end TV or OLED phone or tablet – few can. The 1,920 x 1,280 resolution is perfect for working on, too. It offers enough space to comfortably view two documents side-by-side.

It’s a good screen then, but it was one irritating flaw – dynamic contrast. An obvious, not very subtle and deeply annoying dynamic contrast system is active by default. It causes distracting changes in brightness and contrast when watching any video, yet it’s not all that straightforward to turn it off – it’s actually part of the Intel graphics driver software, which isn’t obvious without some research.

This sounds trivial, but it’s been a constant complaint of previous Surface tablets, so the fact that Microsoft hasn’t addressed it is doubly irritating. 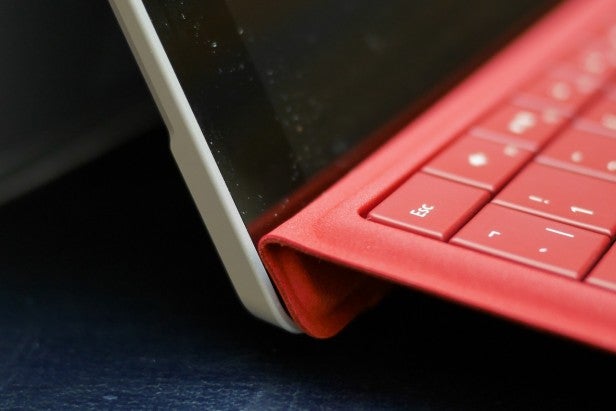 Performance is the one area that could prove troublesome for the Surface 3, particularly for anyone who’s choosing between a Surface 3 and a laptop, or even the Pro version. Microsoft says the Surface 3 is 80% as fast as the Core i3 version of the Pro, which doesn’t cost that much more than the Surface 3 we’re testing.

The Surface 3 handles everyday computing tasks fine – I had no problems using it as my work machine for a day, where I often had multiple tabs open and music playing while I worked. This should be fine for most people, but you’ll need a little patience when tackling anything more demanding.

For example, cropping and resizing images in Paint.NET means a short, one- to two-second burst of processing time for each image. That’s fine if you only do this occasionally, but a large batch of images takes a long time to process. Likewise, all but the most basic video editing is best avoided. 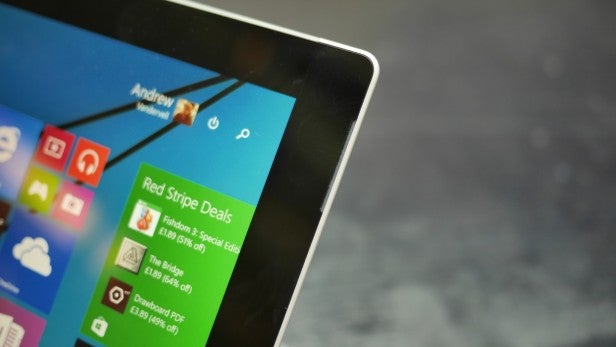 In benchmarks, it’s clear that the Surface 3 is a significant step down in performance compared to the recent influx of Intel Core M-based laptops. The best example is the Asus ZenBook UX305, which was 48% faster in PCMark 7 and 17% faster in Geekbench 3. This is a laptop that costs more or less the same as the Surface 3 once all costs are included, so it’s an apt comparison.

It’s a similar story for games. Sure, you can play some games on very low settings, but there are few games you’d want to play this way. That said, it’ll play any game from the Windows Store without difficulty, and they’re are plenty of lo-fi and retro titles that’ll run fine on this kind of hardware.

Heat certainly isn’t a problem, either – I never noticed the Surface 3 getting warm enough to remark on it.