The Z3 Compact packs a 2600mAh battery, which is up from the 2300mAh one inside the Z1 Compact but significantly smaller than the 3100mAh cell in the bigger Z3. That’s no surprise when you consider there’s a larger, higher-resolution display to take care of in the full-fat handset.

The good news is that the Z3 Compact still has fantastic levels of stamina, and even without tapping into the host of power-saving modes, you can comfortably get a couple of days’ play out of it. To put that into perspective, the S5 Mini and One Mini 2 can only offer similar stamina if you switch on some extra power-saving features.

On light use you can push the Z3 Compact to three days, and in our more intensive testing it performs admirably as well. Running a standard-definition video on 50% screen brightness with Wi-Fi turned off, it can get up to the 11-hour mark, matching the S5 Mini and beating the One Mini 2’s nine hours. That’s even an extra hour than the iPhone 6 manages in similar tests. 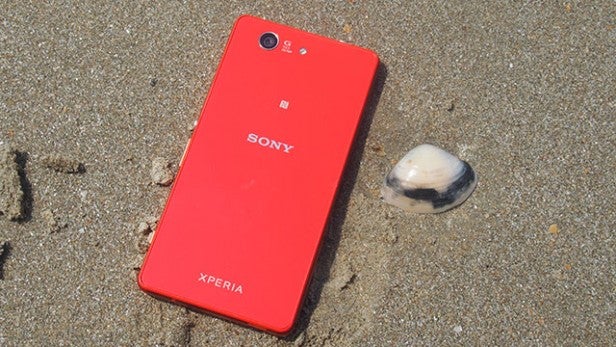 Like the Z3, you do have ways to prolong the battery life and Sony once again includes a STAMINA mode – a low-battery mode to disable features and the ability to send background data at set intervals.

Additionally, there’s now an Ultra STAMINA mode that works in a similar fashion to Samsung’s ultra power-saving mode. Activating it will grey out the screen and give you limited access to features such as messaging and phone calls, while disabling Wi-Fi and mobile Internet connections. You can still use the camera, listen to music and even tune into the FM radio.

There’s no big surprises when you need to charge the Z3 Compact up. It lacks the quick-charge technology supported by Snapdragon 805 processors, so from a flat battery you can get around the 20% mark after 30 minutes plugged into the mains charger. 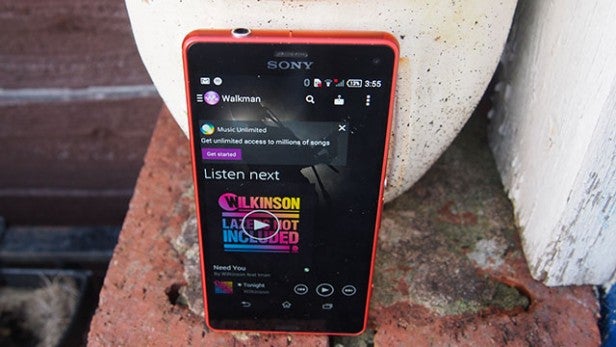 There’s nothing new to report on the call quality front. Sony includes the same setup as the Z3, with a dedicated microphone included to offer active noise cancelling that drowns out exterior sound and ensure voices come out clearly. Sony also includes a series of modes in the Call setttings, such as speaker voice enhancement to provide a ‘richer voice listening experience’ and there’s even a slow talk mode. Ultimately the sound quality of calls is good.

Speakers offer a similar performance. It won’t give you great warmth, but the clarity is certainly there and now the speakers are up front so you can feel the full force of the audio. Plug in some headphones and things get more interesting. There’s ClearAudio to clean up audio quality, and Hi-Res Audio support, which as we explained in our Z3 review is for the serious audiophile. 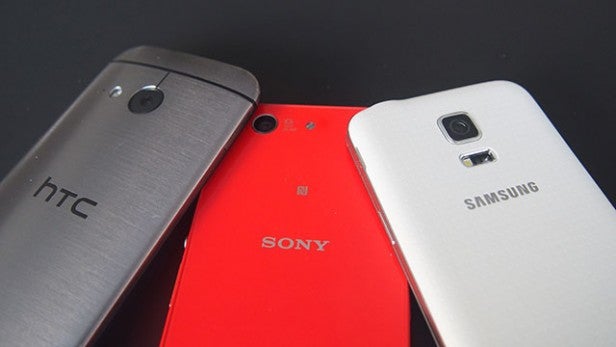 Should I buy the Sony Xperia Z3 Compact?

The Z3 Compact, much like its big Z3 brother, is undoubtedly a great phone and the best of the new ‘mini’
smartphones. Screen quality aside, it crams in all of those great qualities of the Xperia Z3 and, at £430, is cheaper as well.

Against the competition in the same £400-ish price range, you’re looking at the S5 Mini, the One Mini 2
and even the iPhone 6. It definitely outperforms the HTC and Samsung
phones, despite not matching the One Mini 2’s sleek design. The iPhone 6
arguably offers a better all-round package, but can’t match the Z3
Compact’s battery life.

If you already own a Z1 Compact, which is now priced at around £300, you might not find many reasons to make the upgrade. It finds itself in a similar position to the Z3, where there just isn’t a radical enough jump in the specs. We’d suggest sticking with what you’ve got for now and waiting for the next Compact iteration.

For those looking for a small Android phone that’s packed with features, this is still a great option, but Sony fans will want to see more innovation from the next instalment.

The Xperia Z3 Compact is the best of the Android minis and even makes a nice alternative to the iPhone 6.