The Z3 Compact runs on Android 4.4.4 KitKat with Sony’s not-so-overbearing user interface on top. There’s certainly a lot to take in here at first, but that’s mostly down to Sony’s decision to pile on the widgets and native applications. Since there’s only a 16GB model available and the OS is taking up some of that storage, de-cluttering is probably going to be one the first things you’ll want to do, so it’s good that most of Sony’s bloatware is easily removable.

Thankfully, there’s a microSD card slot lying behind one of those latches on the side, which eases the storage woes.

While Sony’s been busy tweaking its hardware, the software has largely stayed the same, so there’s not much of a learning curve if you’re stepping up from another Xperia model. It would be nice if Sony followed Samsung’s approach with the Galaxy Note 4 and scaled back the presence of its own software to get closer to stock Android. 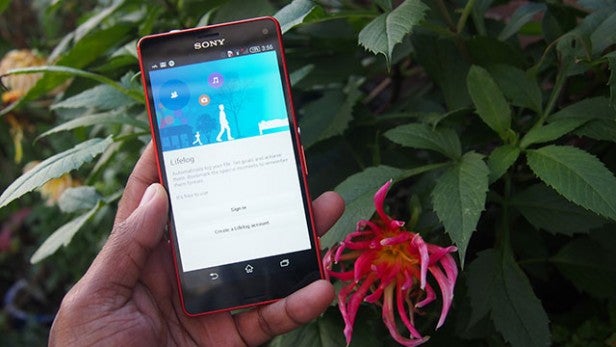 Bloatware aside, there are some useful apps there, including some of the ones Sony’s packed on there itself. The Walkman app remains the pick of the bunch and you get the full compliment of Google apps to help you get started.

Something that was notably absent from the Z3 but is now available to access is Remote Play. When Sony announced the Z3 and the Z3 Compact, one of its big plays was the increased support for the PS4 and the ability to play next-gen games on your phone, much like you can on the PS Vita and through PS TV.

There’s some specific requirements for making this happen, such as being on the same Wi-Fi connection, but as a way to play your PS4 games in another room without a Vita, it sounds like a killer feature. Everything is run through the PlayStation app and requires setting up a connection between the two devices, then syncing a PS4 controller over Bluetooth. 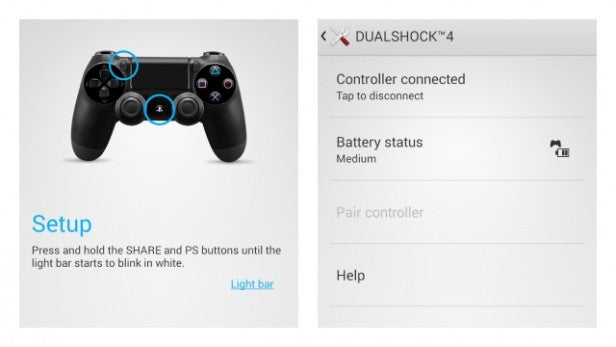 You’ll need to have both devices assigned to the same SEN (Sony Entertainment Network) account, and once a connection’s been established you’re up and running. Well, to get the best experience, you’ll need to invest in the GCM10 game mount, which holds the phone and a DualShock 4 controller in place.

While it’s a feature that makes much more sense on the bigger Z3, it worked well for us over our home Wi-Fi connection, delivering close to the performance we found using Remote Play with the PS Vita. That means there can be some choppy moments here and there, but as a way to play PS4 games when someone is hogging the TV, it’s a good solution. 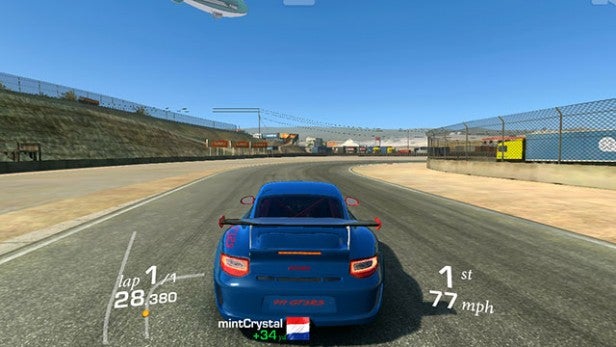 Since Sony’s recent resurgence in making smartphones that people will actually want to own again, one thing it’s made a priority is power. Sony’s phones have been blisteringly fast, and the same can be said about the Z3 Compact.

It runs on the same 2.5GHz Snapdragon 801 processor as the Z3 and while it has 2GB instead of the Z3’s 3GB, it’s still a speedy and slick phone to use. To put it into perspective, the larger Samsung Galaxy S5 has the same setup and for general navigation, there’s no signs of lag, while apps launch nice and swiftly.

The benchmark tests back this up as well. In the Geekbench 3 tests, it manages a 2772 multi-core score, matching the Z3 and putting it in the same ballpark as the Galaxy S5 (2908) and the One M8 (2840), both of which run on similar architecture and cost more than £100 more.

For gaming, things run beautifully. This is the CPU setup designed for more graphically demanding gaming. You get the added reflections on cars and more luscious-looking landscapes, which the Z3 Compact handles with relative ease.

One problem which appears to persist is the overheating issue that seems to have plagued the Xperia phones since the first Xperia Z handset. Clock in half an hour on a game like Real Racing 3 and the back will begin to warm up. Glass isn’t renowned for dealing with heat well and while the glass might look pretty, maybe it’s time for Sony to change things up here.