A feature that sets the Z3 Compact apart from the rest of the so-called ‘mini’ phones is the camera. Sony uses the same camera as the Z3, which means it benefits from features such as higher ISO sensitivity to aid low-light shooting, and a 25mm wide-angle lens to fit more into the frame.

The 1/2.3-inch sensor is still the biggest you can find on an Android phone, and there’s a dedicated camera shutter button. It’s one of the most rewarding features, and when combined with the Z3 Compact’s waterproof body means it
makes a pretty handy waterproof camera. You won’t get exceptional
results in comparison to a standalone waterproof camera, but they’re not terrible either, and you can
use both front- and rear-facing cameras. 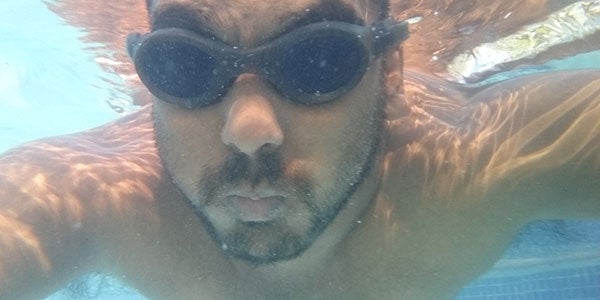 Shooting underwater with the front-facing camera

Like the Z3, it has similar strengths and weaknesses. The camera app is packed with a mixture of novel and useful camera modes, but it’s still one of the most cumbersome and unintuitive to use when you compare it to the competition. In spite of the ability to shoot with a 20.7-megapixel image resolution, the best features are reserved for 8-megapixel shooting. Jumping between the two modes can slow down the imaging process in a pretty annoying way. 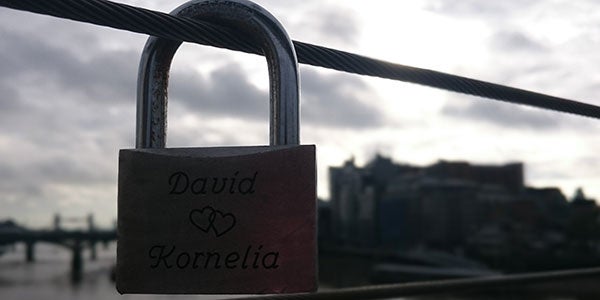 Sticking to the Superior Auto mode isn’t a bad move. The phone will automatically analyse the scene and pick the setting most suitable for shooting in that particular environment. In manual mode you can select those scene modes, whether it’s HDR, shooting in the new high-sensitivity mode or even when you’re taking photos of pets. Additionally, you can adjust white balance and exposure levels for another layer of tinkering.

As the image below shows, you can capture some really rewarding images in those more accommodating conditions. Even shooting in the 8-megapixel resolution there’s a good level of sharpness, detail and colour accuracy. 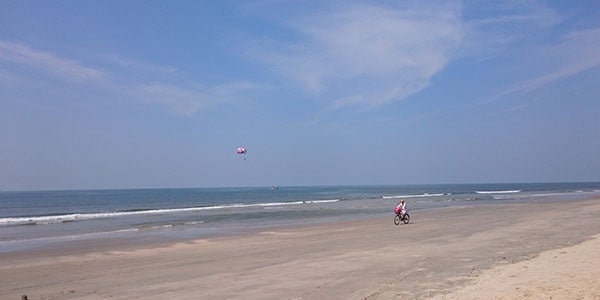 Comparing the 20.7-megapixel and 8-megapixel images below, there’s definitely more detail around the petals and the centre of the flower. Both, however, struggle to keep the background in focus, but for macro-style images the Z3 Compact’s camera is more than capable. 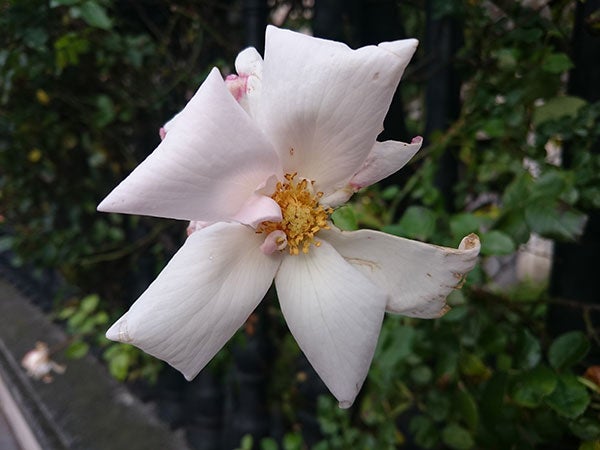 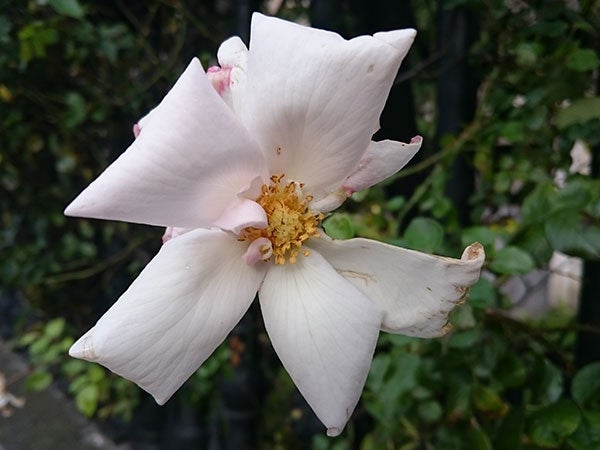 This basically means the camera sensor attempts to capture more light from each pixel, reducing image noise and meaning faster shutter speeds can be used to reduce blur. In truth, you’ll see some improvements but not in a way that’ll transform nighttime shots into photos you can be proud of. The two samples below show the differences shooting with the High ISO sensitivity mode turned on and off. The skyline in the background does poduce a little more detail, but there’s still plenty of blurriness and image noise to contend with. 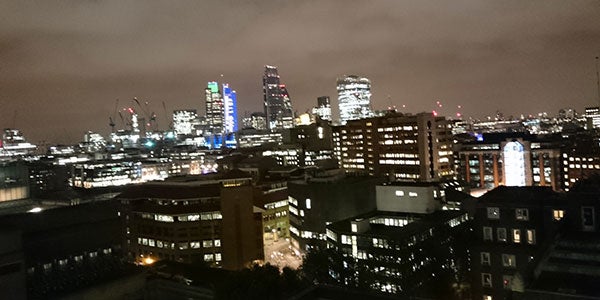 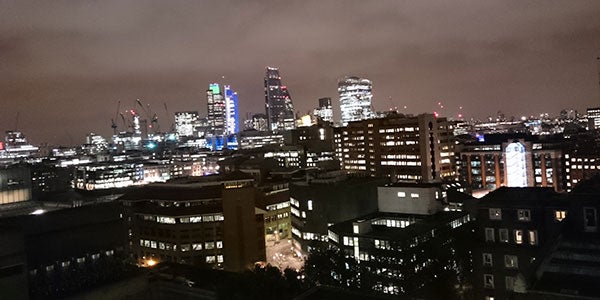 When it comes to taking pictures indoors, there’s a single LED flash to help brighten things up, but the results proved a little more erratic than we found with the Z3. 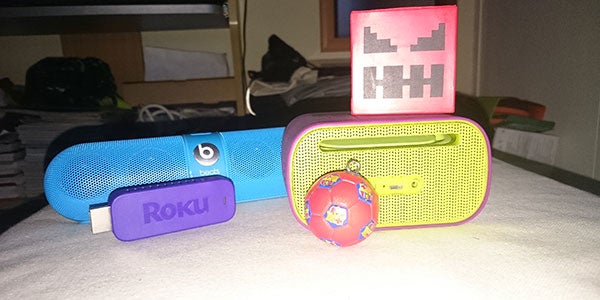 HDR mode
The HDR (high dynamic range) mode is one of the most helpful smartphone camera features for contending with unbalanced lighting situations. Again, Sony reserves this mode for when you’re shooting in the 8-megapixel resolution. As illustrated in the images below, there’s not always a radical improvement, and there’s more successful HDR modes on other phones. The side of the table and the yellow dress are particularly gloomy in the non-HDR shot, and with HDR turned they’re brightened up slightly. 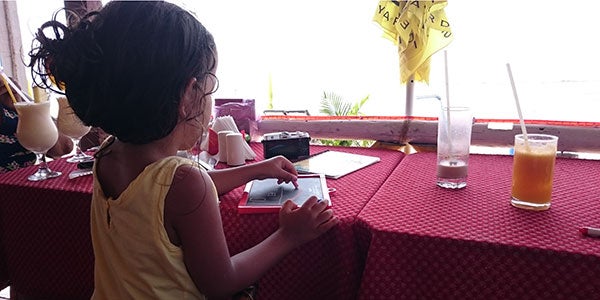 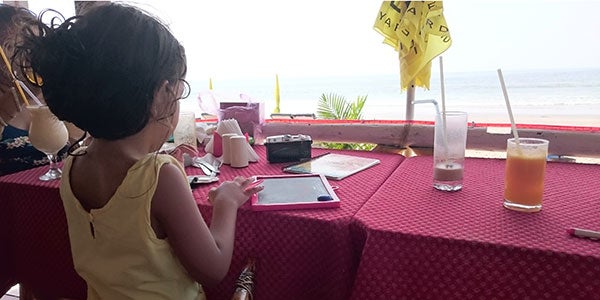 If you need to revert to shooting images with the front-facing camera, it’s the same 2.2-megapixel sensor that’s also capable of shooting Full HD 1080p video. HDR is supported, as is digital image stabilisation, and the Steadycam mode will also help keep footage free from judder. It’s more than capable of delivering good-quality, share-friendly selfies. 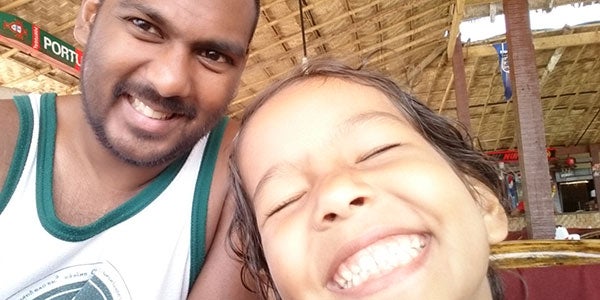 The Z3 Compact is well equipped for selfies

Like the Samsung Galaxy S5, the Z3 can shoot 4K video at 30 frames per second, although the app still flashes up a warning to notify users that extended use can cause the app to shut down. While it’s nice to have the option, we say stick to shooting in Full HD 1080p. Here you can do much more and still capture sharp, detailed colourful footage in suitably bright conditions.