The Sony Xperia E1 runs Android 4.3, one step behind the latest version of Google’s mobile OS (Although Android L is incoming). It also has the usual custom interface seen in Sony’s mobile phones.

It’s a reasonably light skin in terms of how it alters the Android experience, as it keeps the usual arrangement of home screens and the apps menu, and doesn’t introduce a bloated notification drop-down bar. 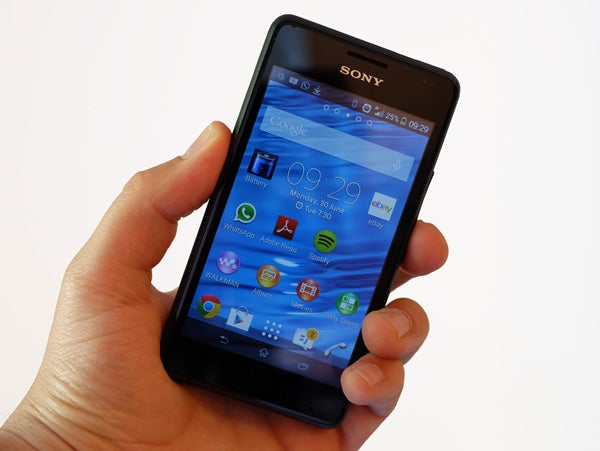 However, it does add a bunch of media apps, some of which are used to big-up Sony’s digital content services. Here are the extras, for good and bad: 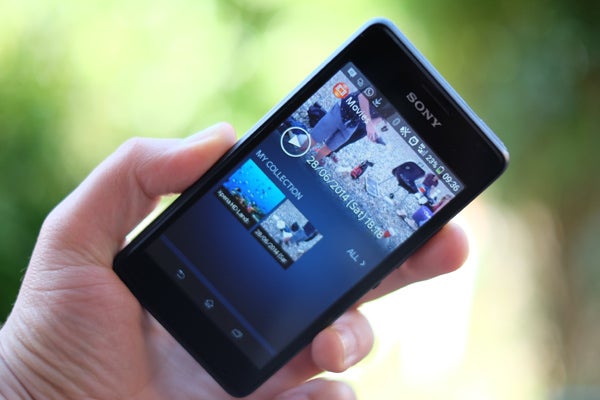 Walkman
A graphics-heavy music player app that’s a slightly jazzier-looking alternative to the standard Google music player app. However, it’s also used as a way to remind you about the existence of Sony’s Unlimited music streaming service. The crafty devils.

Movies
A neat-looking movie-player app. This is a useful addition, as a decent video player app is something that is often left out of Android phones. Especially one that looks remotely nice.

Sony Select
Probably the most contentious addition to the Sony Xperia E1, Sony Select is an app store, the Sony equivalent of Google Play. However, as well as games and apps, you can download Sony Xperia themes that alter the look of the phone.

Xperia Lounge
A classic bit of Sony bloat, Xperia Lounge is a portal for Sony competitions, videos it wants you to watch and music vids from Sony’s music label. Sadly, the Sony Xperia E1 doesn’t let you delete it.

Smart Connect
This unusual little app lets you set off a chain reaction of events whenever you perform a certain ‘connecting’ action – such as plug in a charger or pair of headphones. Thing you can make the phone do include launching apps, texting people and altering display brightness.

Aside from a small, somewhat uninspiring screen, one of the key cutbacks in the Sony Xperia E1 is its use of a Snapdragon 200 processor. This is a dual-core 1.2GHz Cortex-A7 chipset, and it’s low-powered by any current standard.

In the Motorola Moto E we found the Snapdragon 200 perfectly sufficient in day-to-day use, but here either the added load of the custom interface and limited RAM show the phone up. There’s a fair bit of intermittent lag in use. 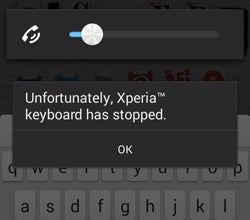 It appears when you’re moving between apps, and at times there’s lag in the keyboard as you type – this gets pretty annoying. We also found the Sony Xperia E1 to be a little unstable. There were more crashes than we’re used to across multiple apps, the phone inexplicably reset itself at times and on a few occasions completely refused to come back to life after being put into standby.

These issues should disappear once Sony has had a chance to apply a few stability updates, but that we’re experiencing these issues a little while after release is not a great sign.

It is also highly unlikely that the Xperia E1 will get as smooth as the pretty impressive Moto E, either – the Sony has 512MB of RAM, the Motorola 1GB. And RAM is a hugely important part of day-to-day performance.

Gaming also reveals the limits of the Sony Xperia E1, but the outlook is not as bad as you might expect. The phone can play pretty much any high-profile Android game you could name, and plenty at good speed.

Real Racing 3 runs well, for example, but does show up the limited screen resolution – the graphics are a bit jaggedy. Dead Trigger 2, though, suffers from a very inconsistent frame rate with the phone, chugging whenever the action gets remotely busy. We recommend spending a little more if you’re a real gamer – the EE Kestrel and Moto G are both good-value options. 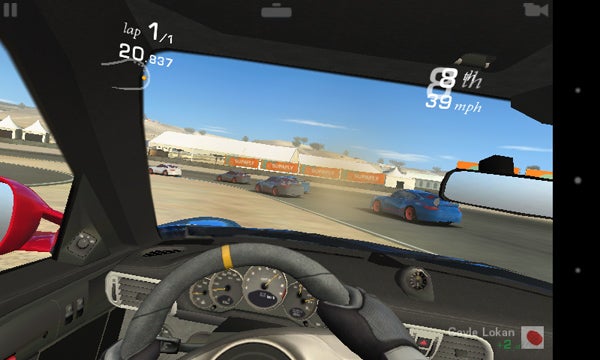 Benchmarks support our observations too. In Geekbench 3, the Sony Xperia E1 scores 553 points, with 303 when using just the one core. This is a very low score, even lower than the Motorola Moto E, which has the same core CPU.

However, RAM is the real issue, not the CPU/GPU, in our opinion. We can live with so-so performance in some 3D games. It’s the general lag that sours the Sony Xperia E1 experience a bit.