The Sony Xperia E1 has a 1700mAh battery, which is a decent size for a phone with a small screen. As is common among cheaper phones, you get access to the battery too. Nothing keeps it in place bar the pop-off plastic back.

Battery performance is nothing to get too excited about. You’ll get a solid day, but with normal mid-level use we found that charge drained down almost to nothing by the morning of the second day. 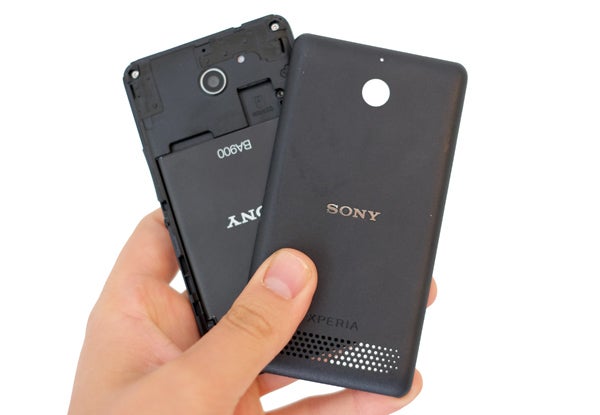 While not flat-out poor, it doesn’t quite match up to some other recent phones in this class, such as the Motorola Moto E and Nokia Lumia 630. The latter is helped by the fact that there’s often not as much fun to be had with a Windows Phone mobile, though.

The battery goes down by around 20 per cent from an hour’s web browsing. Five hours’ surfing will be fine for some, but you can get 10 hours or more from pricier phones. 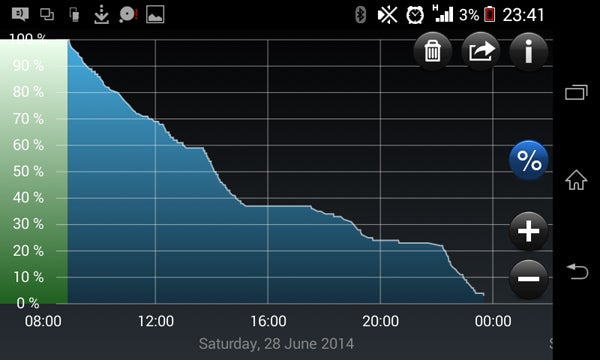 Charging takes around two hours, which is perfectly fine. Some phones are starting to offer 80 per cent charge within 30 minutes, but it’ll be a while before we see this in phones as cheap as the Sony Xperia E1. 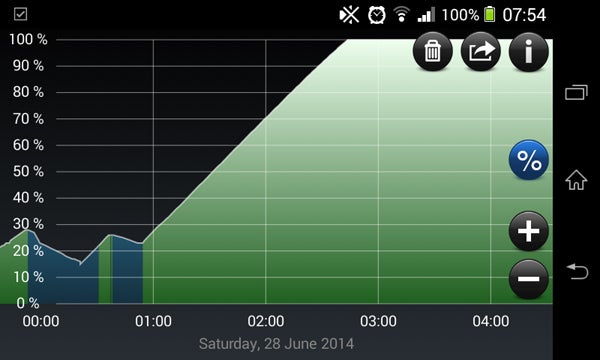 This graph shows how quickly the battery charges

As a phone with a music focus – it has a Walkman button up top like some Sony Ericsson phones from the old days – you might expect its internal speaker to be really quite good. Sadly, it’s not.

Despite having a large grille on the back of the phone, quality is nothing special whatsoever. Maximum volume is reasonable but the tone is quite thin and harsh, lacking the extra weight and depth that marks out a superior mobile phone speaker. 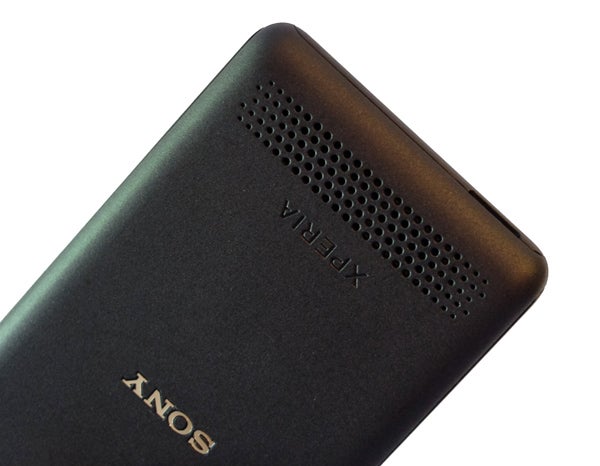 Call quality is pretty standard among budget phones too. There’s the usual pinhole speaker on the back of the Sony Xperia E1 to enable noise cancellation during calls, but we found the call speaker lacks a bit of top-end clarity. Unless you have particular trouble hearing phone calls, it’s nothing to worry about too much, though.

The final, and often neglected, place where you see cuts in a low-cost phone like the Sony Xperia E1 is connectivity. You don’t get 4G here, but at the time of writing you can’t get 4G in the UK for much less than the £99 EE Kestrel.

The Sony Xperia E1 also lacks connectivity extras like NFC and Wi-Fi ac. Do you really need them? Absolutely not, but NFC is handy for sync’ing up a phone with some wireless speakers. Don’t have one? Don’t worry then. 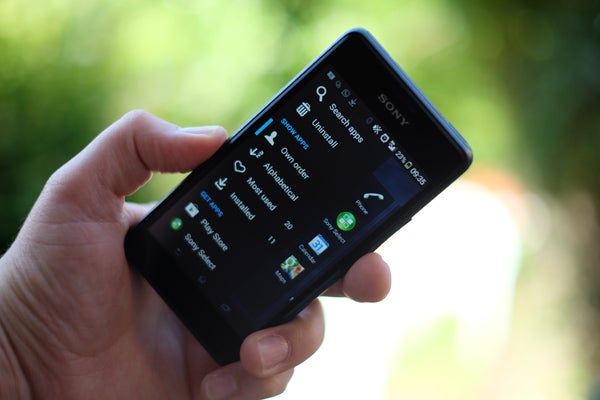 Should I buy the Sony Xperia E1?

Sony is keen to promote the Xperia E1 as the “best phone in its class”. It’s a bold statement, but one that’s based on data harvested back in November 2013. Since then times have changed.

While not a bad phone, there are now better options available for fractionally more money. Top of the list is the Motorola Moto E, which – like the Moto G – sets the standard at its price. Another great option is the EE Kestrel but that’s only available in the UK and only under EE.

There are compromises across most hardware elements of the Xperia E1, but the thing we have most issue with is the performance and stability of the phone. Part of this will improve with successive updates, but the phone’s 512MB of RAM is likely to prove a longer-term performance roadblock.

The Sony Xperia E1 is a decent value entry-level Android phone, but hardware compromises matched with some performance and stability issues mean you can get better for under £80.