What is the EE Kestrel?

The EE Kestrel is the cheapest 4G phone to come to the UK so far. You can get it for £100 with a small credit top-up, making it around half the price of most other entry-level 4G phones. This makes the Kestrel a great buy if 4G is a must and you only have £100 to spend, even if in several respects it’s not quite as good as the Moto G, our current budget Android phone favourite.

The EE Kestrel is very similar to the Huawei Ascend G6. The reason why is simple – this is basically a rebranded Ascend G6, but with a few spec tweaks to get the phone down to its current alluring price.

Like every phone this cheap, the Kestrel is made of plastic.

At 7.85mm thick, the Kestrel makes the Moto G and Galaxy Fame look like fat phones. This is a phone that’s very easy to use in one hand too, and slips into all pockets with no issues. It’s not quite as good-looking as the Moto G, though.

Things like the all-too-clear painted on soft keys don’t look all that stylish, and are common to most of Huawei’s cheaper phones. The grey-on-black body is not an outright beauty either, but for a sub-£100 phone it’s not too bad at all. The bottom of the phone is curved, which is one of the consistent traits of Huawei’s P and G phones, giving a hint of design missing from anonymous entry-level Androids. 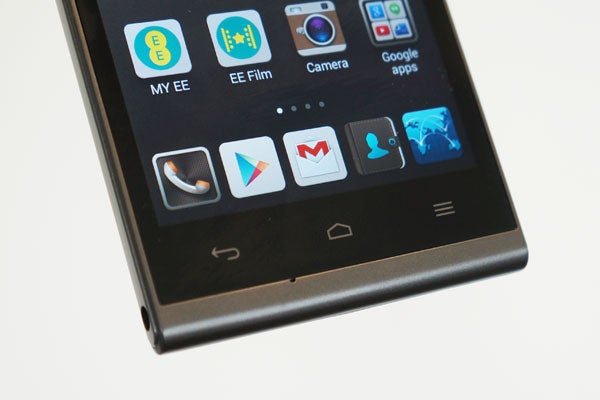 There is one more annoying design trait, though. The 3.5mm headphone jack sits on the bottom-left edge of the EE Kestrel, which means any straight headphone jack will likely point into your pocket should you listen to music with the phone. It’s not the most sensible move, even if it does look neat next to the phone’s curvy bottom. 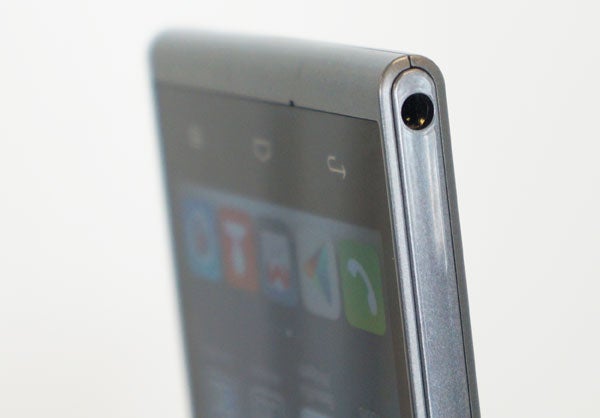 The microUSB port is on the top – another trade-off for that curved bottom – but aside from ruling-out being able to dock the phone the right way up, there are not major downsides to this choice.

The Kestrel is also a very practical phone for day-to-day use. Small enough to handle easily in one hand yet big enough to web browse, play games and watch videos on comfortably, the EE Kestrel is definitely a phone that deserves to be hawked out to a large, mainstream crowd. 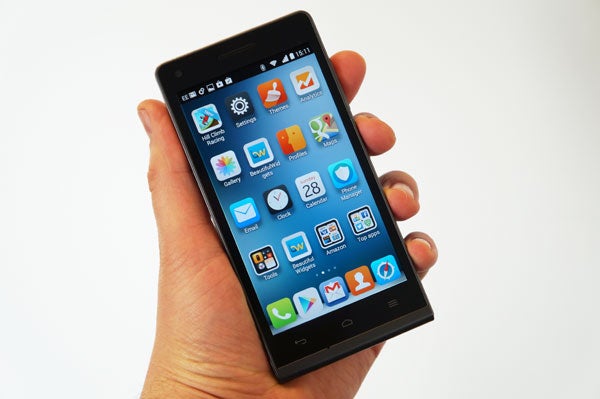 A big part of the EE Kestrel’s great accessibility is the screen’s size. It is 4.5 inches across, the same size as the Moto G. It is also a good deal better than some of the Huawei phone screens we saw last year: while the Kestrel is EE branded, the phone is actually made by Huawei.

With a 960 x 540 pixel resolution, the EE Kestrel display is not super-sharp, but it’s not bad either. It’s far sharper than, for example, the Samsung Galaxy Fame – a phone that still sells for around £100.

The exact screen type is an IPS LCD. It ensures better viewing angles than many very cheap phones, and provides a pretty good all-round screen experience.

There are some compromises in contrast, black level and colour, which make the EE Kestrel look slightly anaemic compared with more expensive phones. But this is a screen we’d be more than happy to live with. 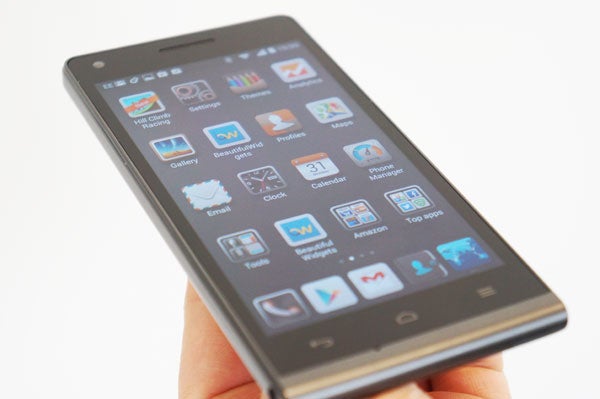 Happy, that is, if we hadn’t already experienced the Moto G. The Motorola Moto G offers a much better screen and sells for the same price. It brings sharper images, better colour, and significantly better contrast for a picture that pops that bit more.

If we hadn’t already met the Moto G we’d be pretty happy with the EE Kestrel’s screen, but it’s too late for us now. And the difference isn’t just aesthetic – the Moto G display is much better for browsing, playing games and – of course – watching films/TV episodes.

Looking at other competition, though, the EE Kestrel comes off much better. Other cheap 4G phones, like the HTC Desire 610 and Sony Xperia M2, cost upwards of £200 and have larger screens of the same somewhat-limited resolution.

As an extra value-add, the EE Kestrel comes with a screen protector attached, and having one applied in the factory means you don’t have to worry about air bubbles: it’s far too easy to end up with a bubbly screen if you add one yourself.

One possible reason for the protector is that the phone uses a Schott toughened glass layer rather than the better-known Gorilla Glass 3. This is likely a cost issue, but the Scott glass seems pretty hardy regardless – we’re yet to pick up a scratch.

As handy and thoughtful as this protection is, you do need to remove the protector to get the best image quality from your EE Kestrel. A layer of plastic introduces a slight mottling effect to areas of block white in particular – which doesn’t show off this generally good screen in the best light.