What is the Sony Xperia E1?

The Sony Xperia E1 is a small, budget Android phone. Available SIM-free for under £50/ $115 you’ll be pushed to find a cheaper entry-level smartphone.

In many respects the wallet-friendly Xperia E1 represents good value and would make a good first handset for the kids. However, the Motorola Moto E is a considerably superior model and will only set you back an additional £10. 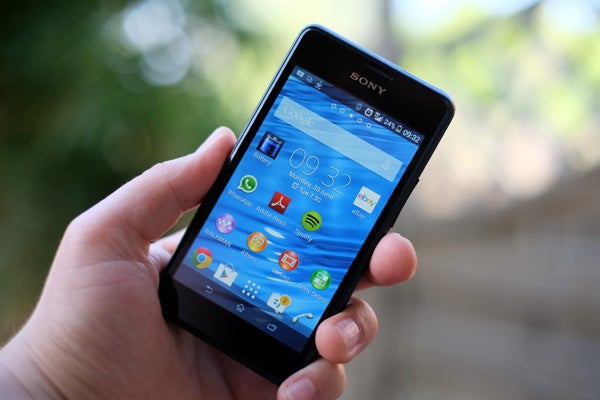 It’s not trying to mask the fact that it’s made from plastic, and its chunky curved body unashamedly embraces ‘cuteness’ more than any other Sony phone.  The Sony Xperia E1 looks and feels like a cheap phone, but the textured back to the phone means it doesn’t leave the same tacky feeling as some entry-level plastic handsets.

It’s 12mm thick, 62mm wide and weighs in at 120g. Although a little on the tubby side, its small footprint and light weight make it easy to handle using just one hand. 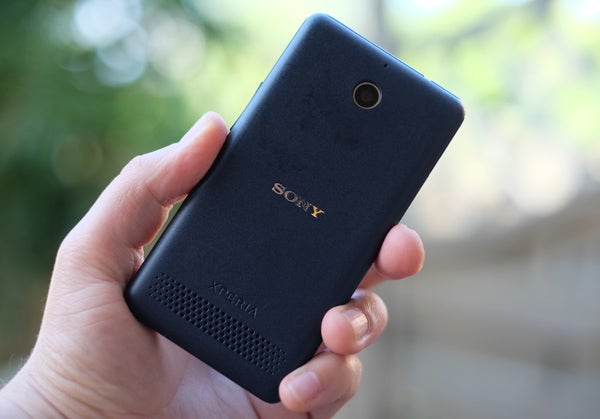 For looks, although the Sony Xperia E1 doesn’t have a great deal in common with its latest Xperia brothers, it does share Sony’s trademark ‘omni-balance’ power buttons, which sits dead centre on the phone’s side. The symmetry in design in commendable, but it feels rather needless in a phone this size and – we found – at times leads you to mistakenly press the volume button instead of the power button. It shouldn’t take you too long to get used to such design idiosyncrasies though. 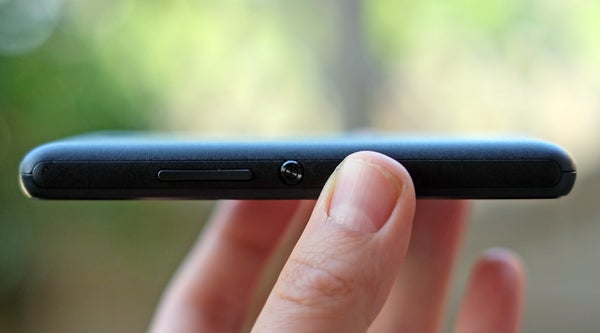 There is a second button up top, though – where you’d normally see the power button in a phone this size. It’s a music button that launches the Walkman music player app when held down.

This is the phone’s unique selling point among its budget peers, giving it something to shout about other than that it costs about a seventh the price of an Xperia Z2.

It also acts much like a button on a hands-free headphone remote. Press it once during playback to play/pause and twice to skip tracks. It’s not really as handy as a headphone remote control, unless you bop along the road with your phone in your hand, though. 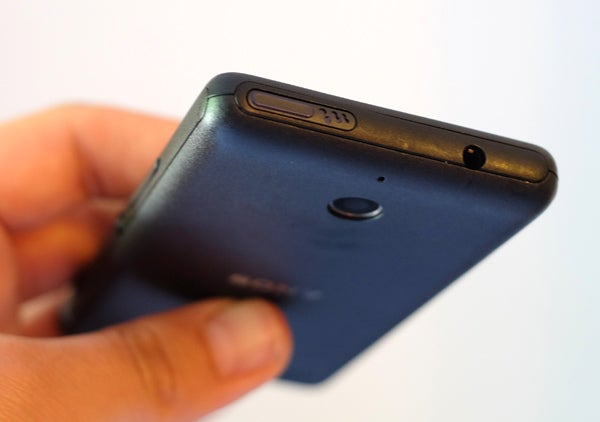 We’d much prefer Sony to have made a slightly simpler phone without one of its less obvious hardware scrimps – the top screen layer. It’s not Gorilla Glass, and while Sony says it is a tempered glass layer, it feels quite like plastic and won’t be as scratch-proof as a Gorilla Glass 3 phone. This used to be reserved for high-end phones, but we’re seeing it in entry-level devices like the Moto E these days.

You don’t get any waterproofing with this phone either, but then no phones at the price have it. Even the step-up Sony Xperia M2 lacks waterpoofing.

One other cost-saving measure is the use of software nav keys rather than physical ones, but there’s no real downside to this. And, in usual Sony fashion, they look pretty good.

The Sony Xperia E1’s plastic back pops off to give you access to the battery and the microSD memory card slot. We think a card is pretty essential if you have any desire to play music on the phone as the 4GB internal memory, of which only about a gigabyte is readily accessible, is gobbled up in no time. We filled up the phone in a day or so, with a few photos and just a couple of games.

The Sony Xperia E1 has a 4-inch 800 x 480 pixel LCD screen. This is about as small a screen as you get in mainstream smartphones these days.

Screen quality is not great – it scrapes by with ‘just OK’ performance that doesn’t get close to matching the surprisingly decent display of the Motorola Moto E. 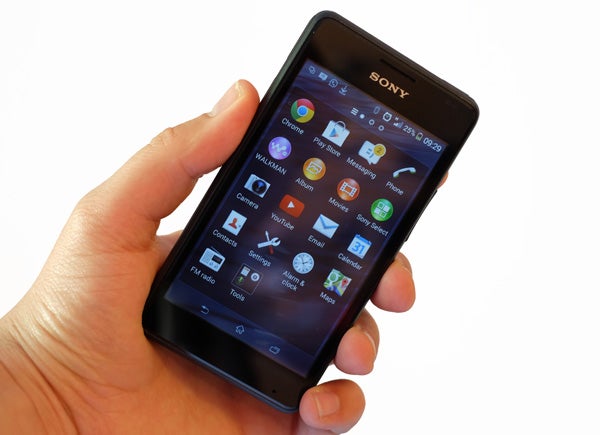 So what’s wrong? First of all, resolution is slightly low. 800 x 480 pixel across four inches is not a disaster, but pixellation is pretty clear, especially as you tend to hold a small-screen phone like this a little closer to your face than a larger one.

It offers 233 pixels per inch. You need to get around the 300ppi mark to get really good sharpness, and the Moto E does better the Xperia E1 despite its larger screen with 256ppi.

The next screen issue is basic image quality. The Sony Xperia E1 uses a pretty basic TN LCD panel, not the IPS kind we like to see in phones. Viewing angles aren’t all that hot, and colours are slightly undersaturated, leading to images looking a little weak. We found our eyes adjusting to this fairly quickly, though.

The Xperia E1 screen also suffers from a pretty thick screen architecture. A key way contrast has improved in phones is by slimming down the layers that make up a screen and getting rid of air gaps in displays, reducing their reflectivity.

This phone, on the other hand, has a display that appears quite recessed from the surface, and contrast takes a real hit as soon as the Xperia E1 has to contend with any real levels of ambient light. In other words, it’s not much fun to use outdoors. 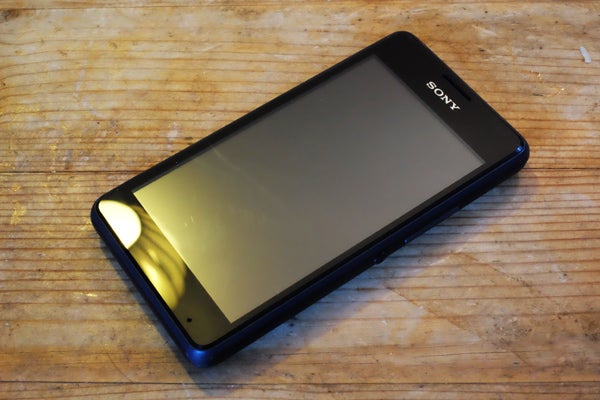 We found that the phone can just about cope with a sunny day, but you certainly wouldn’t want to play games out in the sunshine with the Xperia E1 for too long. The automatic brightness setting is often not quite up to the task of judging when max brightness is needed either – which is really as soon as you step outside.

There’s also the question of screen size. These days, a 4-inch display feels quite small, especially if you want to watch videos or play more involved 3D games. Naturally, you’re not going to get many much larger screens at this sub-£100 price, but both the Motorola Moto E and Nokia Lumia 630‘s 4.3-inch and 4.5-inch do feel that bit more generous, and make typing a bit easier.