What is Android Wear?

Android Wear is an extension of the Android mobile operating system designed to power wearable gadgets – primarily smartwatches. Although it has just been announced, it’s no small-scale operation. Many of the biggest mobile phone brands are working with the software already.

Android Wear will bring us the Google watch we’ve all been waiting for (well, some of us). However, there are plenty more questions to ask about this new version of Android.

When will we get it, how does it work?

It’ll be a little while before we see Wear-running smartwatches on shelves – the first are planned for mid-late 2014 – but Google is already in the process of releasing an early version of the Wear SDK to developers. For the less geeky among you, SDK stands for software development kit, and is used to produce software for any particular system.

It’s what developers will use to make Wear-compatible apps. And judging by how fast some of these developers are, it won’t take long. 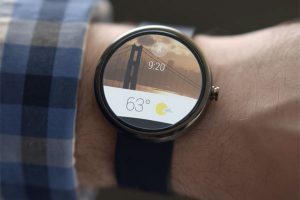 Some Android watches are rounder than others

Something one of Google’s talking heads said in the Android Wear developer demo video tells us much about how the software works. Director of Engineering on Android David Singleton said the apps are “still running on phones and tablets,” but “provide richer experiences for the new form factor.” The Wear part of an app sounds like it’ll function a little like a plug-in for Android apps.

At present Android Wear devices are intended to be paired with Android phones or tablets. It’s just how the Samsung Galaxy Gear and Sony SmartWatch 2 operate, except this time around they’ll be working within the walls of the same system. Apps than run on a Wear device won’t – necessarily – be fundamentally separate from the apps you run on your phone.

The Google developer blog entry confirms this – Wear can use “existing Android APIs” to function. APIs are what control how apps operate within the Android system, and will be fundamental in making Wear watches feel much like your Android phone in use.

What can Android Wear do?

Wear is not ready yet, but Google has already more-or-less shown us what it will be able to do. It’s all about “glanceable, actionable” information, according to Google. 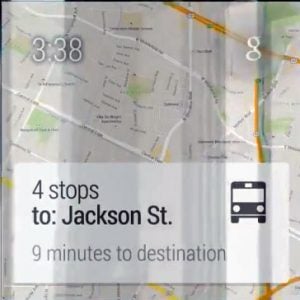 What this means is that it’ll show you messages and let you respond using Android voice recognition through a microphone in the watch itself. It will also use Google Now to show you location-aware information. The most common of use of these location triggers is to tell you how to get home from wherever you are – it’ll come in especially handy for those who use public transport daily.

In the Wear demo video, Google took a rather more esoteric Google Now example, suggesting surfers could use it to find out about jellyfish warnings. Still, don’t hold your breath for a sea-ready Google Wear watch any time within the next few months.

Fitness applications are also obvious candidates for the Wear treatment. The exact hardware sensors in a Wear watch will vary between models, but Google suggests that sensors from “accelerometers to heart rate monitors” will be available to use within wear apps. A Wear watch with an inbuilt heart rate sensor seems a dead cert. 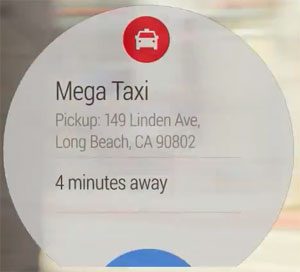 It’s highly likely that most of the processing legwork in these sorts of interactions will be done by your phone, though, and that any necessary data will be transmitted over either a form of Wi-Fi Direct or Bluetooth.

Current smartwatches tend to use Bluetooth, but the extra bandwidth involved in transmitting voice data makes Wi-Fi Direct a candidate (Bluetooth 4.0 is almost certainly sufficient for the required data levels we presume Google is speculating, though). 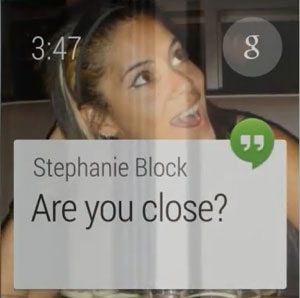 Quick-flick functions will be the bread and butter of Android Wear. Google is also to release the full SDK to developers later this year. It’ll give devs free rein to attempt more ambitious and dramatic projects.

However, it seems like they’ll need to rely almost exclusively on touchscreen gestures. Google’s preview videos show all interaction with either a microphone or the touchscreen, with no other buttons or dials on view. As with a Google Nexus 5, you get Wear to stand to attention by saying “Ok, Google” to it. We expect sensors like gyroscopes and accelerometers will be used to good effect in time, though.

Who will make Android Wear watches?

The first company to announce its Android Wear watch was LG. It’s called the LG G Watch, and as yet we know very little about it except that LG plans to release it in the second quarter of 2014.

Google has announced a bunch of other partners, many of whom are likely to be working on hardware right now. HTC, Samsung, Motorola and Asus have all been confirmed as partners, and additional support from Imagination, Mediatek, Intel and Qualcomm suggests there should be no hardware support issues within upcoming chipsets.

The one obvious omission is Sony, which has been making Android-based smartwatches for longer than just about anyone. This may be down to Sony having already invested too much in its own smartwatch platform. For more on that, read our Sony SmartWatch 2 review.

Should I be excited?

This is the biggest thing to happen to the smartwatch since the category was invented. It suggests that such things may have a future after all. However, the hurdles that current smartwatches have to date failed to surmount are still here.

These devices still appear to use colour LCD/OLED screens, which raises serious battery concerns. Do you really want to charge your watch every day? And, more to the point, do you want to read your latest SMSs and Whatsapp alerts on your wrist? Google still has some convincing to do, but this is an intriguing start. And it might just spur Apple on to announce its rumoured watch this year.