What is the Oppo N3?

The Oppo N3 is a phone in the classic Oppo mould. It’s a strange one, with a camera that flips around on a motorised hinge to offer you selfies and dramatic panoramas that are better than those from the competition.

This is not phone with a remotely fluffy approach, though. It’s out to give you the best bits of phone tech for the real enthusiast, sacrificing design simplicity as a result.

This is perhaps not a like-for-like competitor to the Galaxy Note 4 for people with plenty of money to spend, but it’s a mostly successful side challenger for those after something out of the norm, like another selfie heavyweight, the HTC Desire EYE. It doesn’t do much to break Oppo out of its geeky rut, but it’s an interesting entry for early 2015. 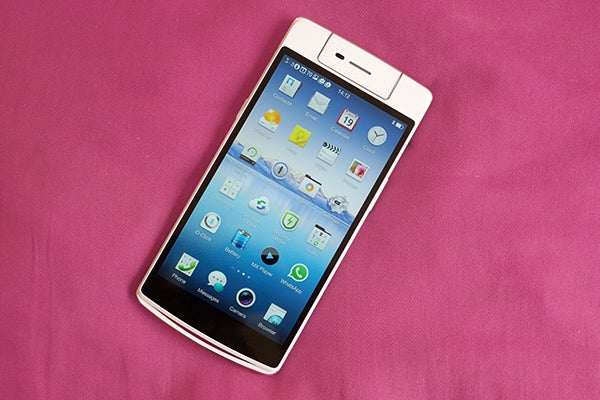 The Oppo N3 isn’t a phone with quite the same priorities as most of the output from companies such as LG, Samsung and Sony. It looks, feels and is big, heavy and pretty thick.

Over the last couple of years just about all expensive phones have become slender – even the huge-screened ones – but the Oppo N3 is a brick of a phone, the like of which we don’t see too often any more. It’s 9.9mm thick and 192g, miles chunkier than the similarly 5.5-inch LG G3, which is 8.9mm thick and 149g. 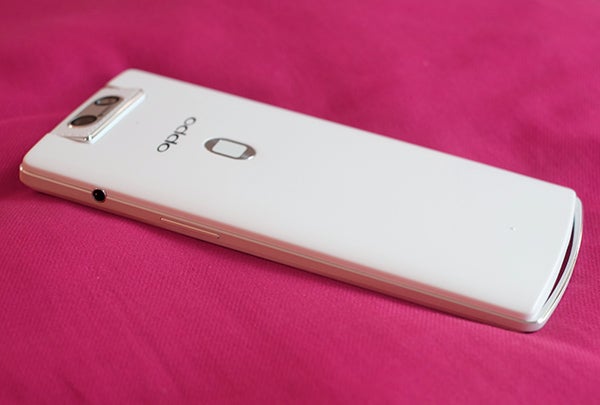 The difference between the Oppo N3 and the other Android flagships is unmistakeable, so if you really want a slim and pocketable large-screen phone, this probably isn’t for you. It’s closer in size to the larger-screen Galaxy Note 4, but even that phone is still a lot slimmer and lighter.

This isn’t just us paying too much attention to the numbers, either, because we did find the Oppo N3’s size means it feels a little ungainly in use.

It does feel well made, though, despite having a plastic rear. There’s a band of metal that snakes around the outside of the Oppo N3: it’s outermost frame. This is part of an aluminium alloy exoskeleton that provides much of the phone’s strength. It was enough to make the 4.85mm-thick Oppo R5 feel tough, and brings the same sort of strength here. 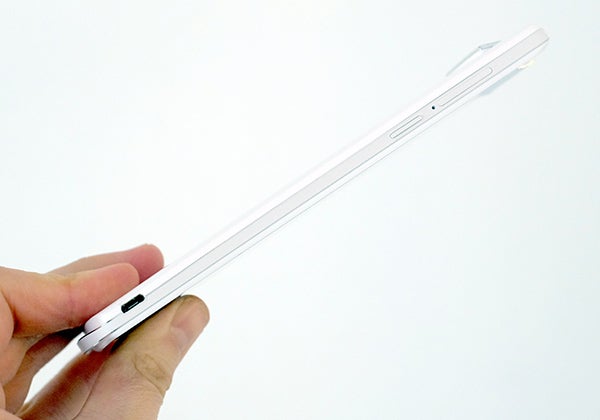 The design does lack cohesion, though. For example, the camera lens hinge part has a fake leather texture complete with embossed plastic stitching – something Oppo has nicked from Samsung. But this is not to be seen anywhere else on the phone. This is of course deliberate, but we think it simply doesn’t look all that great.

We’re not in love with the feel either. The steel band brings good strength, but also gives the Oppo N3’s sides hard contours that just don’t sit all that well on your palm and fingers. This added to the weight and pure dimensions give the phone a feel worse than most rival large-screen Androids. 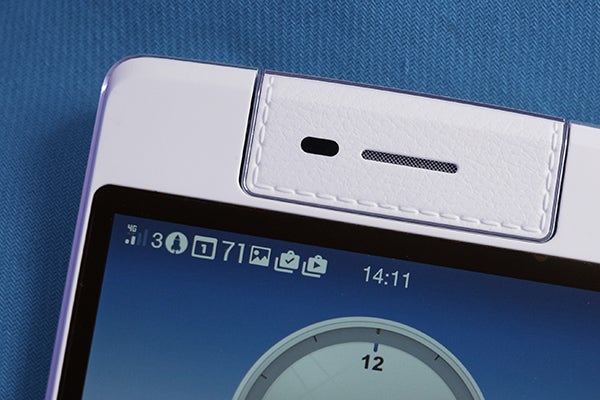 In return the Oppo N3 gets you a pretty great array of hardware features. Some of the most annoying omissions of the Oppo R5 do feature in the N3: a microSD memory card slot, a 3.5mm headphone jack and 4G support really optimised for most western networks.

Some China-brand phones leave out LTE 4G band 20 as it is not all that important in countries other than the UK, where it is used by more than 50 per cent of the 4G-capable networks, including Vodafone, O2 and GiffGaff. To re-iterate: you do get it in the Oppo N3. 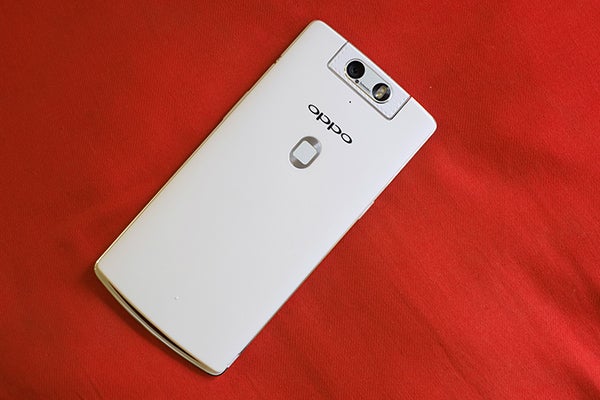 The more you look into the Oppo N3, the more you realise quite how geared to the enthusiast it is. For example, there’s a very generous 32GB of memory despite also having a microSD slot, the memory card space can also be used as a second SIM slot and there’s Wi-Fi ac. This is an established Wi-FI standard now, offering better speeds and range than Wi-Fi n, but among phones it’s still only found in top-end models.

NFC is here too. The one missing bit is an IR blaster, and as the N3’s a feature-packed beast we’re a little disappointed it’s not here. You get an IR blaster in phones like the LG G3 and Samsung Galaxy S5, and it lets your phone function as a controller for your TV and other home entertainment gear. That’s one black mark against the Oppo N3’s geek cred, but it has plenty to spare. 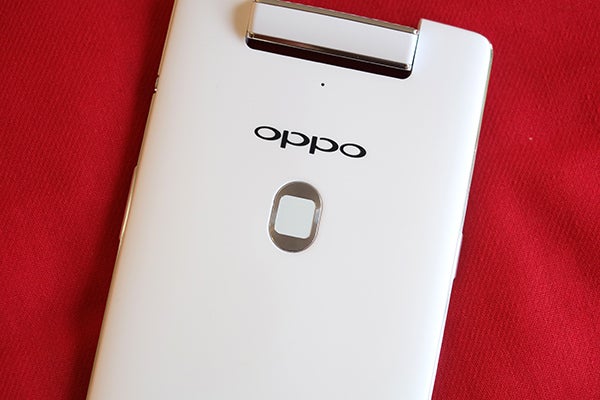 You can add up to five fingerprints, and as it works best by far with an index finger you can easily get multiple people registered without feeling like you’re doing yourself over as a result. This is definitely one of the better fingerprint scanners we’ve used in a phone, being light years more convenient than the one in the Galaxy S5.

Unfortunately the rear button is not used as a wake-up key should you not use any security at all, a shame becuase the dedicated power does not sit naturally under your thumb unless you hold your phone in your left hand.

One other neat little Oppo N3 special is the LED notification light that sits under the curved rear part of the steel frame, which glows when you have any messages, emails and so on. It sits down there because the top of the phone is really owned by the camera. But more on that later.