The Oppo N3 has a 5.5-inch screen. In 2014 this went from being a ‘phablet’ size to something a normal large phone could have, thanks to ever-slimming phone bezels and the simple way we are all becoming that bit more accustomed to larger-screen phones.

Unfortunately, the Oppo N3 doesn’t really benefit from the design improvements that the big names have worked on over the last couple of years, making the screen appear hemmed-in among a mass of chunky phone hardware. Next to the LG G3, its bezels look quite huge. 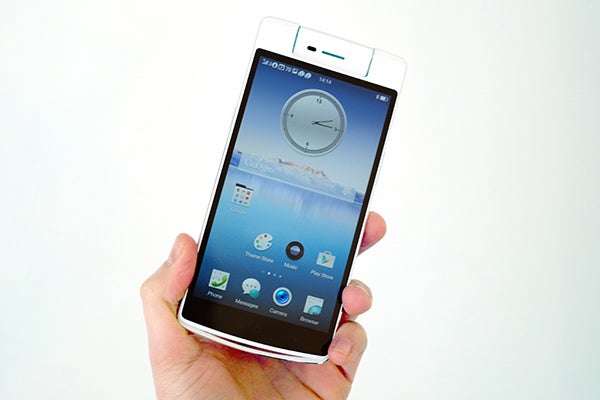 Quality-wise, though, it’s mostly on the money. It uses a 5.5-inch IPS LCD screen of 1920 x 1080 pixels. We’re starting to see higher-resolution phones become more common, and the QHD LG G3 is nowadays available for less money than the Oppo N3, but this phone easily passes our ‘sharp enough’ test.

It offers pixel density of 403ppi – around the same as the iPhone 6 Plus, nowhere near the 538ppi LG G3.

The tone of the screen is very pleasant, the IPS display providing natural-looking colours, solid top brightness and good viewing angles. While not at the cutting edge of screen technology in any respect, it’s a satisfying display.

As with most other LCD IPS screens, though, you can really tell the black level limitations when you take the Oppo N3 into a darkened room. Its blacks are a touch blueish, but it’s only worth worrying about this if you’re planning on watching a lot of TV in bed, or other low-light environments. Glum night buses, perhaps? 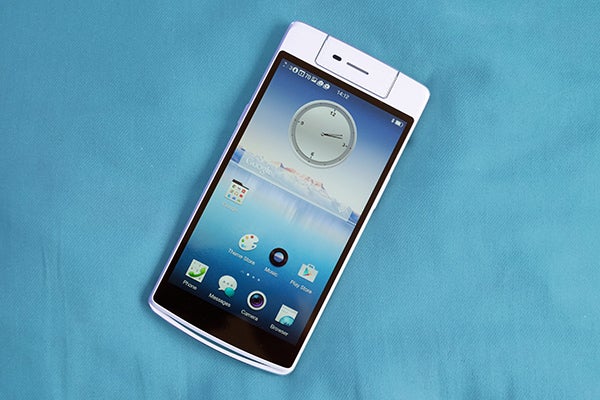 Like the recently-reviewed Oppo R5, the N4 uses ColorOS 2.0 rather than a totally standard version of Android. And at present Android 4.4.4 is running behind the custom interface.

ColorOS 2.0 isn’t just a light tweak of the look of vanilla Android, either. It makes some pretty serious changes.

The most serious of the lot is the apps menu. The Oppo N3 doesn’t have one. Instead, everything is squeezed onto the home screens in iOS style. 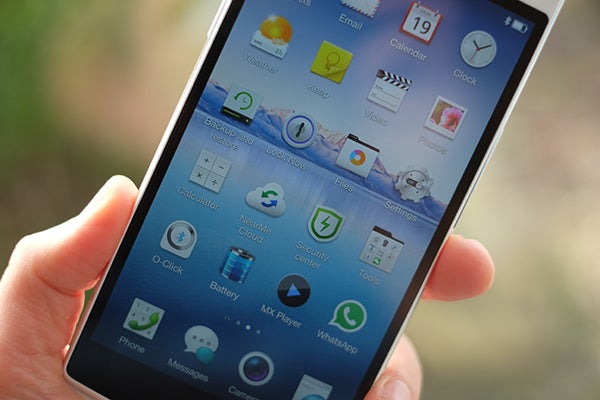 Predictably, though, ColorOS 2.0 isn’t quite as good-looking or visually cohesive as the latest version of iOS. We’d prefer vanilla Android if we had the choice, but some may appreciate the extra elements Oppo packs into it.

Choice is nice, but we did find that the ones we tried were generally not quite as accomplished as what you get with, for example, vanilla Android 5.0 Lollipop or the very latest version of Samsung’s TouchWiz UI (outside of its messy Settings menu). 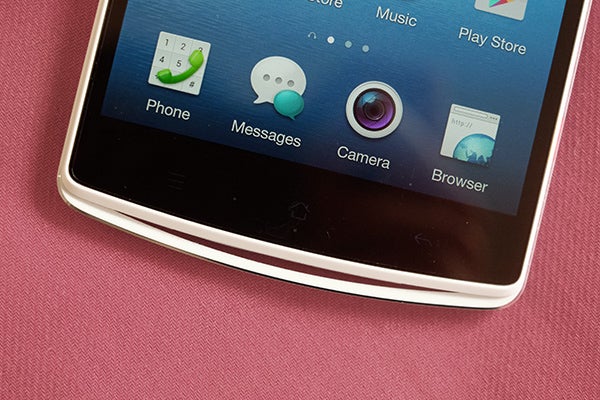 The customisation factor isn’t just skin-deep either. You can create your own gestures in ColorOS 2.0 that take you straight to apps or perform pre-set functions – with specific ones for when the phone is in standby and ‘awake’.

You actually draw your own gestures in the Oppo N3’s settings menu to fire-up any app you choose on the phone, not just pre-installed ones. There’s plenty to play with.

We do get the sense that ColorOS 2.0 isn’t anywhere near as well-optimised as vanilla Android 4.4, though. Some elements just aren’t that well-arranged, such as the way the Auto Brightness icon in the drop-down notifications menu appears to overlap the box that contains it. It’s ever-so-slightly wonky.

You could put this down the increased power of this phone, but it could well be that Oppo has simply had more time to work with its CPU, which has been around far longer than the Snapdragon 615 used in the J5. Still, performance is not perfect yet. Updates are needed. 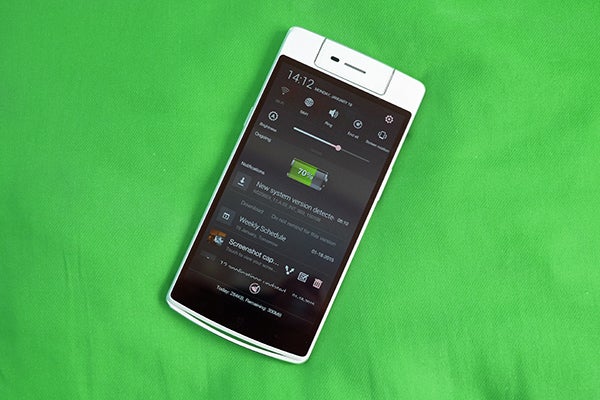 The Oppo N3 has a Snapdragon 801 processor, the same family of chipset used in most of 2014’s flagships including the LG G3, the Sony Xperia Z2 and Samsung Galaxy S5. Its specific version is the 2.3GHz Snapdragon 801, a mite slower than the 2.5GHZ version used in the S5. Of course, such differences are of most interest to benchmark-botherers.

For those interested, the Oppo N3 scores 2650 in the Geekbench 3 benchmark, roughly what we’d expect from a phone with its spec. That’s plenty of power, but not on-par with the very latest phones. Several have already used the slightly more powerful Snapdragon 805, and the 64-bit Snapdragon 810 isn’t too far away.

The only part that we find slightly disappointing is that the Snapdragon 801 isn’t actually a true 64-bit processor. It uses a 32-bit architecture while Android 5.0 Lollipop, which this phone will hopefully be upgraded to soon, introduced native support for 64-bit CPUs.