OnePlus has replaced its OnePlus 3 with the 3T, a souped up model with a faster CPU and an updated selfie camera. Read our OnePlus 3T review for the full lowdown

I`ve been using the OnePlus 3 as my main phone for three months now, and while the original review below discusses some of the finer points of the OnePlus, my thoughts here reflect long-term, daily use.

The first thing I did with the OnePlus 3 was stick it in a case: I didn’t want a repeat of the mess I made of the metal-backed HTC One M8, which ended its life on eBay as a scratched-up mess with a cracked secondary camera lens. The OnePlus-made carbon-fibre-style case was my preferred choice, since it looks superb and adds hardly any weight or bulk. 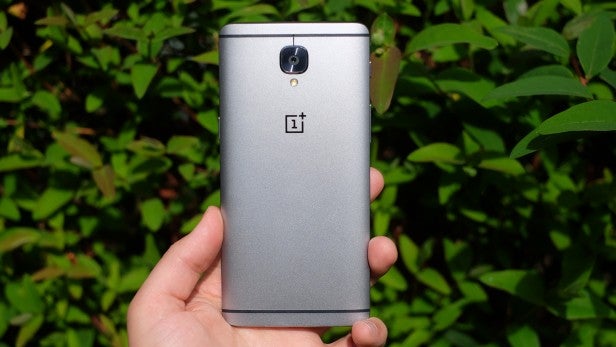 The best thing about the OnePlus, for me, is the camera. It’s fast and takes lovely photos both of faces and panoramas. After my primary camera broke on the first day of a two-week holiday, the OnePlus became my go-to snapper and took some truly excellent shots, particularly in HDR mode.

It was on holiday where I also discovered some serious problems with battery life management. Since the majority of my holiday was spent away from Wi-Fi networks, and I didn’t have any need to use mobile data, I set the OnePlus to Airplane Mode. For whatever reason, this set in motion a serious system resources problem that caused the phone to heat up and the battery to drain at a ridiculous rate.

I never got to the bottom of the issue, but what I do know is that isn’t something that’s unique to my device. There were some reports of a similar problem with the OnePlus 2. It didn’t happen every time the phone went into Airplane Mode, but it was frequent enough to be a serious problem.

When not burning itself out, I’ve found the OnePlus 3’s battery to be a little disappointing. If I use it for my hour-long commute, I’ll definitely need to charge it at work – or risk it running flat before the end of the day. If I use it more lightly, checking it only periodically throughout the workday and using it more heavily at home, it is possible to get to the end of the day without issue. Either way, this is a phone I have to charge at least once per day. This is somewhat made up for by the  fact that it charges super-fast.

Elsewhere, I’ve been impressed by the phone’s overall performance, and while its 6GB of RAM never seems to be full, I did find I could keep more apps open at a time without them being killed by Android.

The OnePlus 3 is the best phone I’ve used in years, especially if you consider the price. My biggest bugbear is battery life, but I can just about live with it.

Read our original review below

What is the OnePlus 3?

After two previous iterations that were decent but not quite good enough, OnePlus has hit the bigtime with its third iteration. The OnePlus 3 is pretty amazing – a jaw-dropping phone in almost every way that takes the game to the Samsung Galaxy S7, HTC 10 and even the iPhone 6S.

Previous OnePlus devices offered a slightly compromised experience that, while commendable, wasn’t good enough to convince us they were genuine flagship beaters. As you’ll see from this review, this is no longer the case.

Since my initial review, the OnePlus 3 has risen in price by £20, from £309 up to £329, apparently thanks to Britain voting to leave the EU. Still, even at this price, it does make you think twice before buying an iPhone 7 outright. It’s also had a couple of updates, including a new gold model and the ability to set the screen to a slightly more subdued sRGB colour mode. It’s not a huge deal, but it gives buyers more choice on how their phone looks, both front and back.

Previous OnePlus devices compromised, but the OnePlus 3 doesn’t. It has a lovely design, fast-charging, NFC for mobile payments and you don’t need a silly invite to actually buy one.

If you want an Android phone off-contract, this might just be the perfect choice.

Each OnePlus phone to date has offered a marked improvement on what has gone before. The original OnePlus One was an all-plastic affair, with a somewhat strange “sandstone” finish. The OnePlus 2 enhanced the body with metal sides, but retained the plastic rear.

The OnePlus 3 offers an upgrade once again, this time by way of a metal and glass design. It’s available in “Graphite” – a muted grey – and its 7.4mm-thick aluminium frame makes this handset a delight to both look at and hold.

A 5.5-inch phone may still not be for everyone, but the OnePlus 3 is among the more manageable phones with such a screen size. The finish is excellent too: the aluminium rear is anodised sports the same type of non-shiny look you’ll find on an iPhone.

I’ve always been a fan of the quirky, instantly recognisable design of the previous OnePlus phones, but have met plenty of folk who weren’t. Those people will be happy to discover that the OnePlus 3 has a far more conventional appearance.

The OnePlus 3 is plainer and prettier than its predecessors, but its quirks remain; they’ve just been relocated. It’s possible to buy super-skinny rear covers with the classic OnePlus sandstone finish, a few different wood finishes or one with a carbon-fibre look. These aren’t ultra-rugged cases, but will protect the aluminium frame from scratches, without adding bulk to the phone. 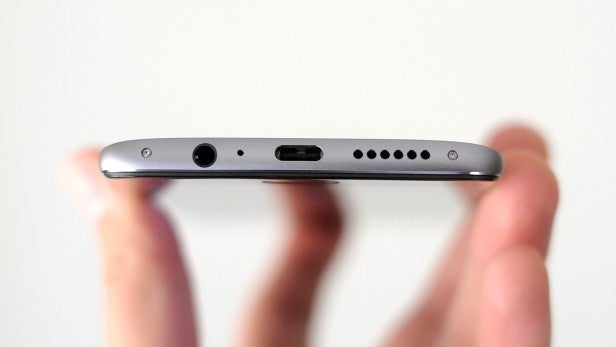 As is the case with an iPhone, it almost seems a shame to cover up the OnePlus 3’s bare metal. The OnePlus 3 is similar to HTC’s One-series phones but slimmer and no less attractive.

Like the OnePlus 2, this phone has no memory card slot. This time round, however, it isn’t a ploy to make the expensive versions of the phone more attractive. The OnePlus 2 model was available in 16GB and 64GB versions; there’s only one OnePlus 3 and it has 64GB of storage.

For some context, the 32GB Samsung Galaxy S7 Edge costs £639 SIM-free, and the iPhone 6S Plus will set you back £699. The OnePlus 3 is half the price of these phones and, as we’ll see, the hardware is directly comparable in several areas. 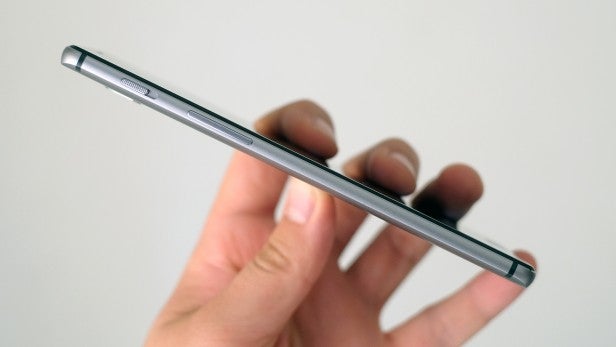 The OnePlus range is also more accessible than ever before. The OnePlus 3 can simply be ordered online at the OnePlus website – stock allowing – where in the past you had to wait for an invite to buy. In addition, unlike the OnePlus 2, the OnePlus 3 features NFC technology.

This was omitted from the spec in the past, seen as not important enough to warrant the additional cost. However, with the launch of Android Pay, OnePlus has relented. And the move doesn’t appear to have significantly impacted the price. 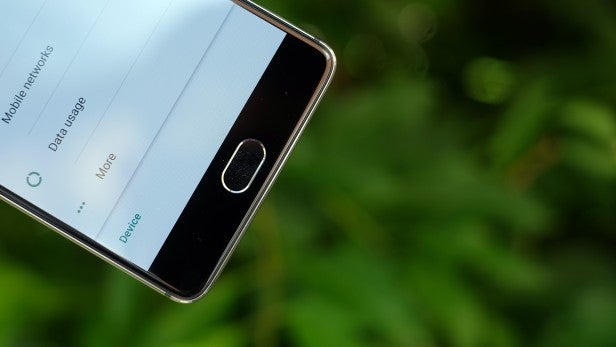 The OnePlus 3 also has a great fingerprint scanner, which is located in the same position as it is on the OnePlus 2. It’s a non-clicky pad that sits below the screen.

It works whether or not the display is on, and is super-fast. It’s possible to use it as a “Home” soft key, either on-screen or via the physical ones below the screen. The hardware back and “apps” soft keys are marked with tiny white LED dots, rather than full-on icons. This is because you can flip them around too.

A bargain price has always been the main draw of OnePlus handsets, but there’s plenty of customisation on offer as well.