I’m not a big fan of Android skins, feeling that they generally make needless changes to Android’s stellar Material design and delay how quickly software updates to newer versions of the OS can be rolled out.

This remains the case with Oxygen OS. However, as skins go, Oxygen OS is far from the worst out there.  The only major changes it makes to Android are with the addition of customisable “light’ and “dark” menu options, shortcut menus to frequently used applications and contacts, and improved app-management powers.

The light and dark modes let you adjust what colours are used in Android’s user interface. In light mode it looks like stock Android, using white backgrounds in menu screens. With dark mode, all the white turns to black and you can choose the colour of the text. 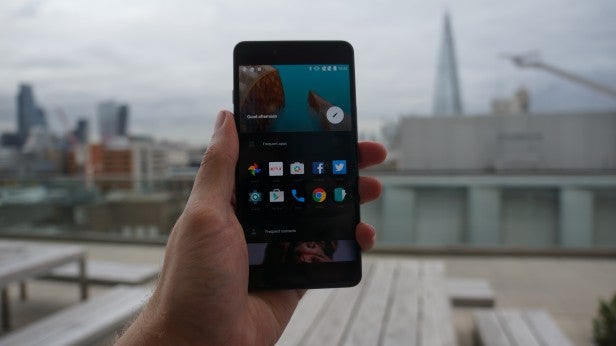 The frequent shortcuts can be found in the same location you’d find Google Now on most Android smartphones. They’re accessed by swiping left from the main homescreen. Alongside offering quick access to your most frequently used apps and people you regularly contact, you can also add widgets for specific applications, such as Hangouts or Facebook.

The privacy controls work in a similar way to those in Android Marshmallow. They can be accessed in the phone’s Settings menu, allowing you to view and revoke specific permissions from applications.

None of the features feel particularly intrusive and, although I chose to stick with the stock Android-like “light” menu, many will be appreciate the ability to customise the UI’s appearance.

OnePlus has also taken a wonderfully light touch with applications; the OnePlus X is completely free of bloatware. The only notable app additions are the SwiftKey keyboard, a custom file manager and OnePlus Radio. OnePlus Radio will prove a hit for those who regularly listen to radio channels. It makes it easier for people to tune into the radio networks of specific countries, regardless of their geographic location.

OnePlus has chosen to use Qualcomm’s 2014 flagship Snapdragon 801 processor, rather than one of the firm’s new mid-range 617 chips.

Paired with an Adreno 330 GPU and 3GB of RAM, these are flagship smartphone-level specifications – if the phone had been released last year. The specs aren’t quite as impressive in today’s 810 and 808 dominated world, but during my time with the X, the 801 proved more than powerful enough. 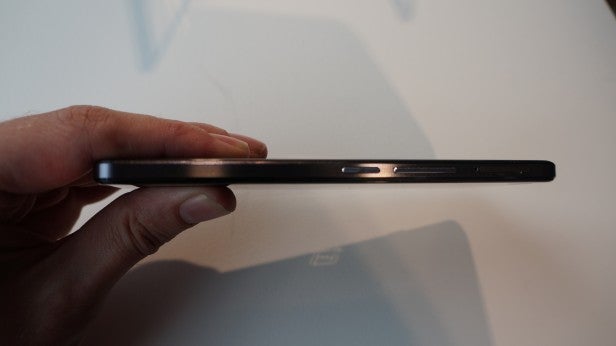 It benchmarked well. On the general AnTuTu and Geekbench tests, the OnePlus X ran in with 40,335 and 2,542 scores respectively. On the GPU-focused 3DMark: Ice Storm Unlimited test it scored 17,092.

In real-world use the OnePlus X runs reasonably smoothly. Video streams seamlessly, apps open in milliseconds, and the phone doesn’t feel sluggish or underpowered. On occasion there are a few judders, when navigating between menu screens and quickly scrolling through lists, although this issue occurs on every handset in this price point.