The Nokia Lumia 1520 is a landmark phone in the history of Windows Phone. For the first time since its launch, Windows Phone 8’s hardware support has caught up with the iPhone 5S and top Android phones like the Nexus 5. The Lumia 1520’s full HD screen, quad-core Snapdragon 800 processor and 2GB of RAM are exactly what we’ve come to expect from flagship phones. The 1520 is also the largest Windows Phone by a serious margin thanks to its huge 6-inch screen, but should anyone other than the most ardent Windows Phone fan consider buying one? 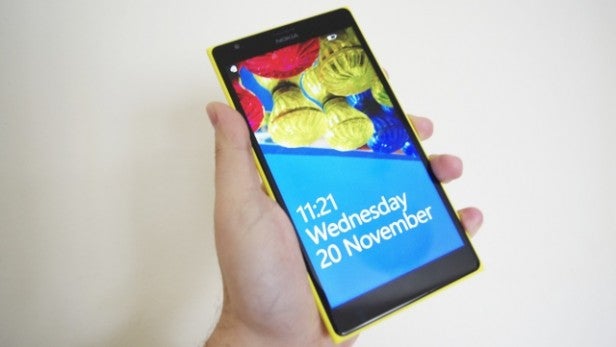 The Nokia Lumia 1520 is huge, that much is obvious, but the 1520’s design is cut from the same cloth as all the other Nokia Lumia phones. It’s made from a single sheet of sturdy, high quality plastic with the screen protruding ever so slightly outwards from it. It’s a good look and one we’re not bored with yet.

It’s hard to escape the size, though. It’s not thick (8.7mm), but it is exceedingly tall, wide and quite heavy. It’s a full centimetre taller than the already large Samsung Galaxy Note 3 (162.8mm vs 151.2mm) and half a centimetre wider, but it’s also 42 grams heavier. Its heft is hard to ignore, though it’s as much a function of the Lumia 1520’s superior build quality as the size.

Needless to say, then, that this is a ‘two hands’ phone. You can use the Lumia 1520 in one hand for periods, but inevitably something will require you to bring the other one into play. This is just the reality of owning a phone this size, as is the fact it’s a tight fit in most trouser pockets. Reality or not, we prefer the slightly tighter dimensions of the Note 3. 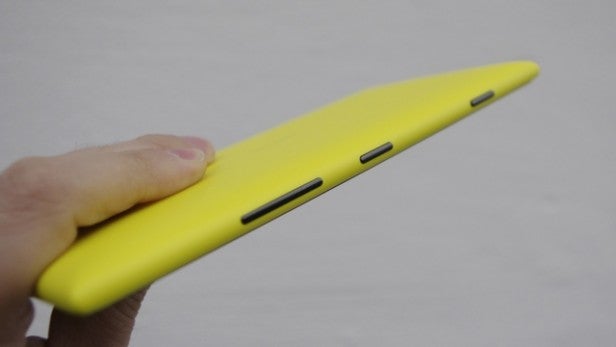 For physical controls it includes a dedicated camera shutter button alongside the usual volume and lock/power buttons. They’re fine, though it’s a little too easy to jog the volume control when you put the phone back in your pocket and they aren’t the easiest to locate by feel alone.

Besides the top-end processor and camera, which we’ll get into a little later, Nokia has truly thrown the kitchen sink at the Lumia 1520. There’s 32GB of built-in memory, but there’s also an up to 64GB microSD card slot. Every wireless standard we can think of is included, too. There’s 802.11ac Wi-Fi, Bluetooth 4.0 and NFC, not to mention 4G LTE. Did we mention the 1520 supports wireless charging? We didn’t? It does that, too, albeit with a optional dock. 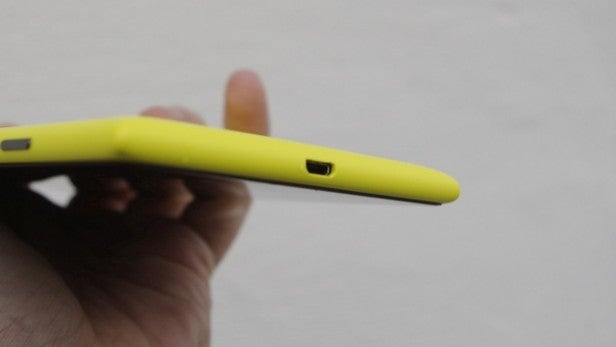 You don’t need us to tell you that the screen on a phone is important, and clearly Nokia doesn’t either. The Lumia 1520’s screen is a triumph. The IPS-based LCD screen is sharp, rich, colourful, responsive, bright… and some other good things we can’t quite recall right now.

A 1920 x 1080 resolution on a 6-inch screen equates to 367 pixels per inch (ppi), which is plenty sharp enough to ensure text, videos and photos look smooth and detailed in all the right places. And while the size makes the Lumia 1520 a cumbersome phone to use, it’s fantastic for games, videos and web browsing. 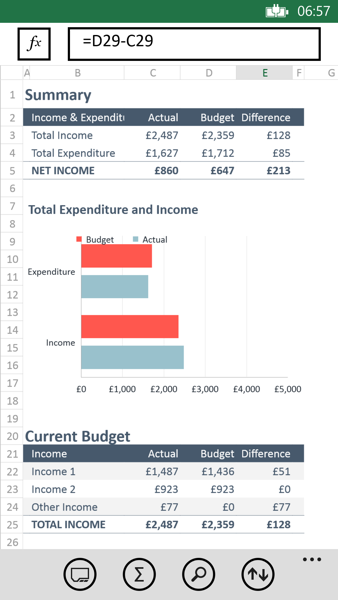 It is, as is often pointed out, more like a tablet than a phone. This also makes the Lumia 1520 excellent for working with and viewing Microsoft Office documents, particularly ones with graphics and charts that won’t fit on smaller phones.

Like most Nokia phones, the Lumia 1520 also works when wearing gloves — a neat trick the likes of Apple have yet to adopt. This is a nice-to-have rather than a must have, but it also has the happy side effect of making the Lumia 1520’s screen incredibly sensitive and responsive without gloves.

The black level and contrast isn’t quite as deep and clear as the best AMOLED displays, but the Lumia 1520 is still very good on both counts. It’s excellent when viewed outdoors, too. This is a big help when lining up shots with the camera, somewhere where the size also helps a great deal.

All told, it’s really hard to find fault with the screen. It’s by far and away the highlight of the phone.