Nokia does more than any other brand to add extra software and apps to Windows Phone 8. Most of its additions are nice, too, even if most Windows Phone’s weaknesses remain.

Most of the highlights will be familiar to any Nokia Lumia owner, with mapping being a key one. You get the competent HERE Maps for standard day-to-day mapping, HERE Drive for sat-nav and HERE Transit for public transport. 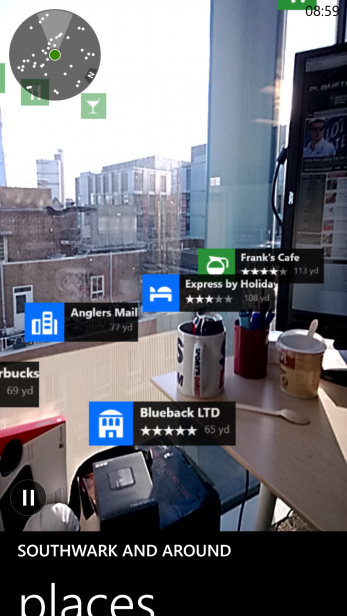 Drive is clearly the highlight, as it uses the same systems Nokia sells to numerous car markers for their integrated sat-navs. Vitally, unlike Google or Apple Maps, it lets you download maps to use offline, making it a far more robust navigation option.

You also get Nokia Music. It’s a fairly standard music service in most respects, though the highlight is the ability to download up to four ‘mixes’ (curated playlists) to listen to offline for free. It replaces the Xbox Music app by default, though you can download it if you prefer Microsoft’s offering.

Nokia’s best work is reserved for the camera apps that we’ll cover later, but there’s no escaping the paucity of apps in the Windows Phone Store. Most of the big hitters (Spotify, Facebook, Twitter etc.) are there, but there are some high profile absentees and the quality, regularity of updates and variety of apps is patchy at best.

Windows Phone 8 is an erratic OS to use, too. In some places it’s effortlessly simple and we love its Live Tiles with a slightly unreasonable passion, but in others it overcomplicates and places simple actions one step further away than is ideal. For example, while it sounds great that the Photos app pulls in photo updates from Twitter and Facebook in the ‘What’s New’ view, we’d sooner just see our own damn photos straightaway.

It also lacks a few basics we’ve come to expect of Android and (more recently) iOS 7. Windows Phone 8 still doesn’t offer easy access to Wi-Fi and Bluetooth toggles, for instance, and there’s still no proper notifications system. Live Tiles arguably make up for the latter omission, but only partially.

In summation, Windows Phone 8 still seems to carry the ‘great potential’ tag, but it’s dangerously treading the line of ‘unfulfilled potential’. It’s easier to overlook its limitations on cheaper, budget phones, but on a true top-end phone like this they’re a little jarring. 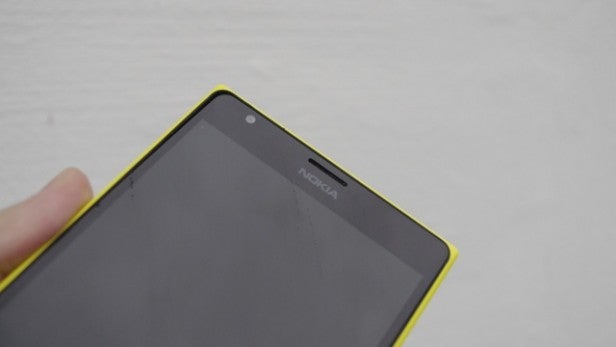 Windows Phone 8’s performance can rarely be faulted, however, and the Nokia Lumia 1520 helps matters by using the fastest silicon available. Its quad-core, 2.3GHz Qualcomm Snapdragon 800 processor and 2GB RAM is sufficient to run all the latest games at full whack, while the OS glides seamlessly.

Unfortunately our usual benchmarks (Geekbench 3 and 3D Mark) aren’t available on Windows Phone 8 yet, but we have enough experience from testing other Snapdragon 800 phones to say that the battle between it and the Apple A7 is too close to call. Apple’s chip wins in some tests, the Qualcomm in others.

Really, though, both are arguably overpowered for the tasks they perform day in, day out. Games give them a workout and the Lumia 1520’s camera (and its RAW support) no doubt benefit from the extra processing power, but it’s rare that the processor’s full power is needed.