The Nokia 5.1 is an imperfect smartphone that nevertheless offers best-in-class design and screen, despite poor performance and battery life. It's also very affordable.

The Nokia 5.1 is a compact metal phone that feels premium, looks great and can be had for as little as £109 if you shop around. The device has a 5.5-inch screen that sports an extended Full HD resolution, which makes it smaller than an iPhone XR, for example, but a fair bit sharper too.

The inclusion of a 2970mAh battery is ample – on paper, at least – given the phone’s entry-level power demands, delivering virtually the same capacity as last year’s flagship Samsung Galaxy S9, with a fraction of the processing power.

While the Nokia 5.1 doesn’t have extras such as wireless charging or stereo speakers, as found on flagships such as Google’s Pixel 3, I wouldn’t expect it to at the price. What it does have are Android 9.0 and specs that grant it the potential to be a budget champ.

The sleek Nokia 5.1 is available in three colours – Copper, Tempered Blue and Black – and all belie the fact that this is a budget phone; it feels richer than many other, pricier handsets such as the Moto G7 Play. 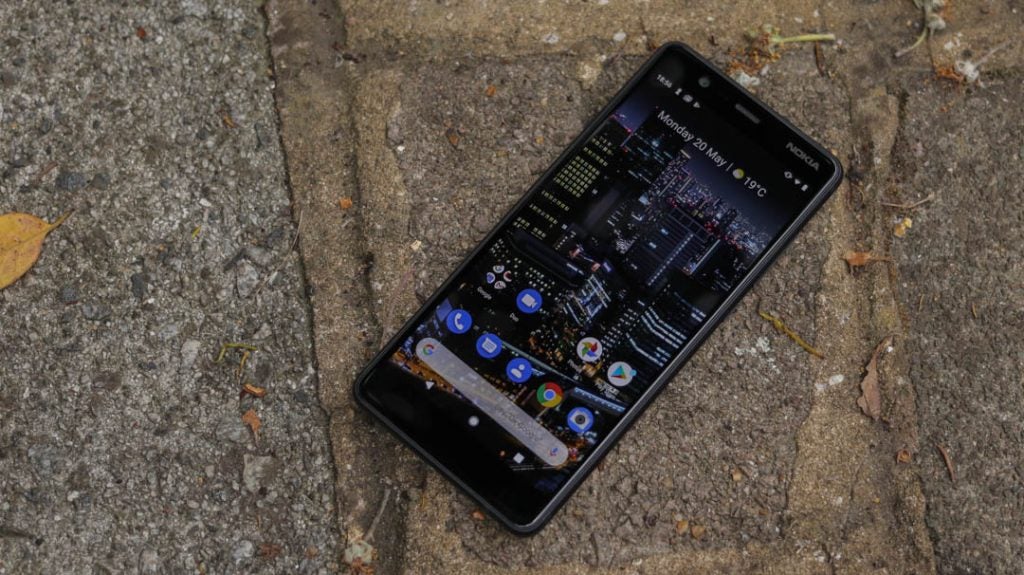 With its 18:9 screen, the Nokia 5.1 is easy to use one-handed, and all the buttons are on the right side of the device for easy access using your thumb. Meanwhile, on the left is a dual-SIM and a microSD card slot. 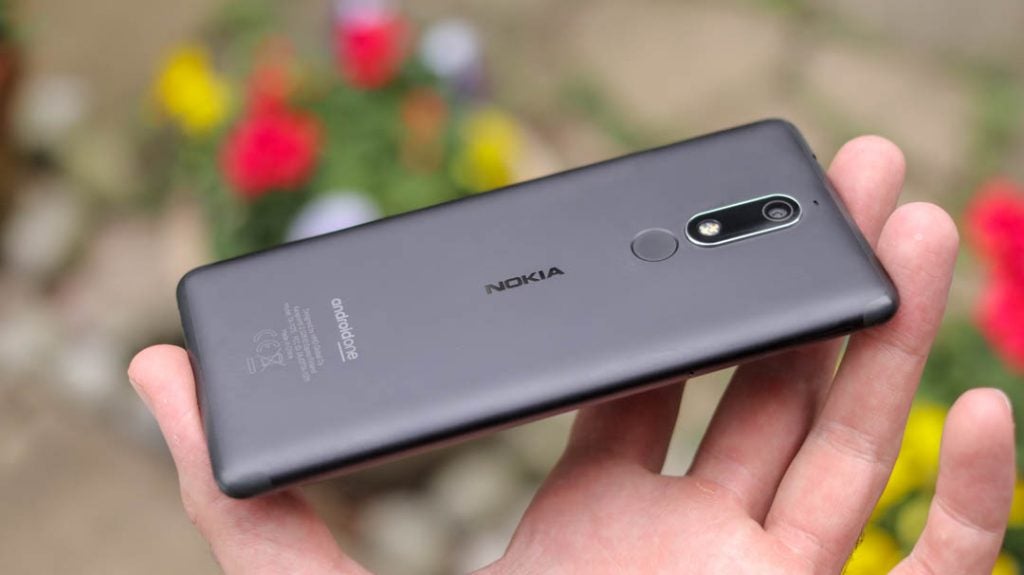 With its matte aluminium body, which curves elegantly from the back to the rounded sides, the Nokia 5.1 is stark and cold to the touch. It can be a bit slippery if you have super-dry hands but, generally speaking, it feels secure and comfortable to hold.

At the top of the phone you’ll find a headphone jack, and at the base is a microUSB port and mono speaker. Around the back, you’ll discover two key highlights: the first is the 16-megapixel camera module and the second is the fingerprint scanner. 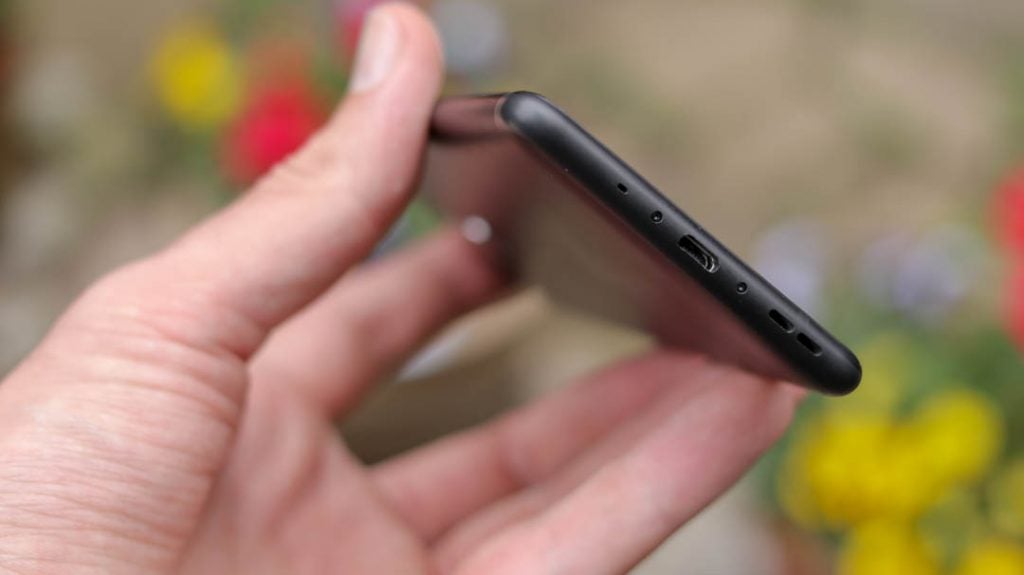 Unlike flagship devices such as the Samsung Galaxy S10, the Nokia 5.1 isn’t IP-rated for water or dust-resistance, not that the price would suggest otherwise.

The design is near enough best-in-class given the Nokia 5.1’s pricing, and so too is the screen. For starters, this panel is sharp. A density of 439 pixels-per-inch means it’s crisper than the iPhone XS, OnePlus 7 and the Huawei P30 Pro.

As impressive as that fact is, however, it doesn’t tell the whole story. The Nokia 5.1 uses a different display tech to those three phones: LCD as opposed to OLED. As a result, it lacks some of the saturation, colour depth and vibrancy of a flagship screen. 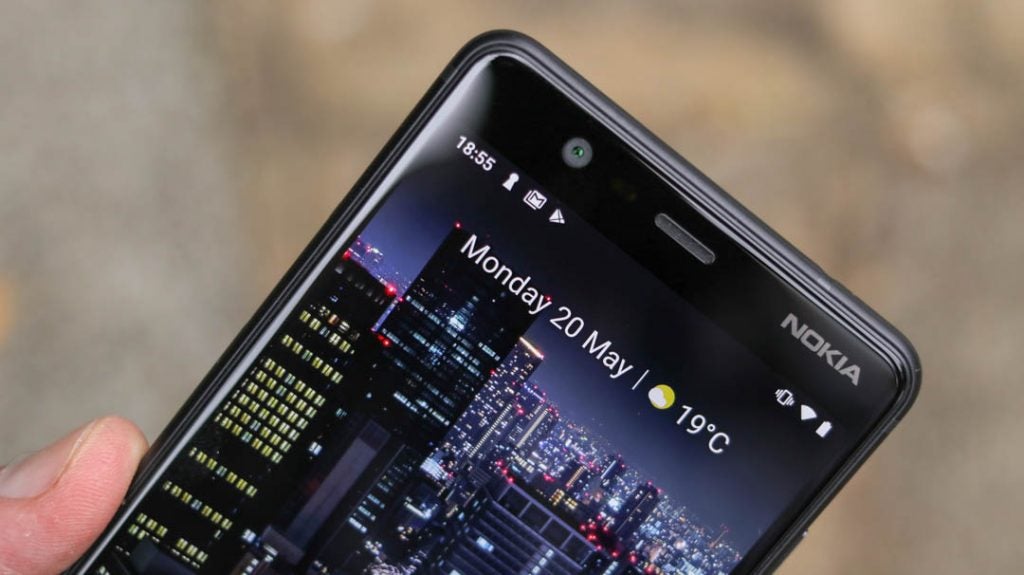 Viewing angles and brightness are fair, so you’ll be able to see it in all but direct sunlight. Having said that, the display sports a slightly cool hue and the white balance isn’t customisable.

In its favour, thanks to the Android 9.0 update that dropped in May 2019, you can access Night Light within the Digital Wellbeing hub. This lets you warm up the screen and limit the blue light the screen emits, for easier late-night or low-light viewing.

The 18:9 aspect ratio isn’t the longest out there and the bezels aren’t the smallest but the front of the phone and the screen-to-bezel ratio still combine to grant it good looks for the price.

Also impressive about the Nokia 5.1’s screen is the fact it’s Gorilla Glass, something you won’t often see in a device costing less than £150. It rounds off the experience brilliantly.

Just like the Nokia 9 PureView, the Nokia 5.1 is part of the Android One programme, which means it will receive at least three years of security updates and two major software updates – handy for those looking for a future-proofed phone.

It launched with Android 8, has recently been updated to Android 9. It will cap out its lifecycle with Android 10 – if that’s what it ends up being called. 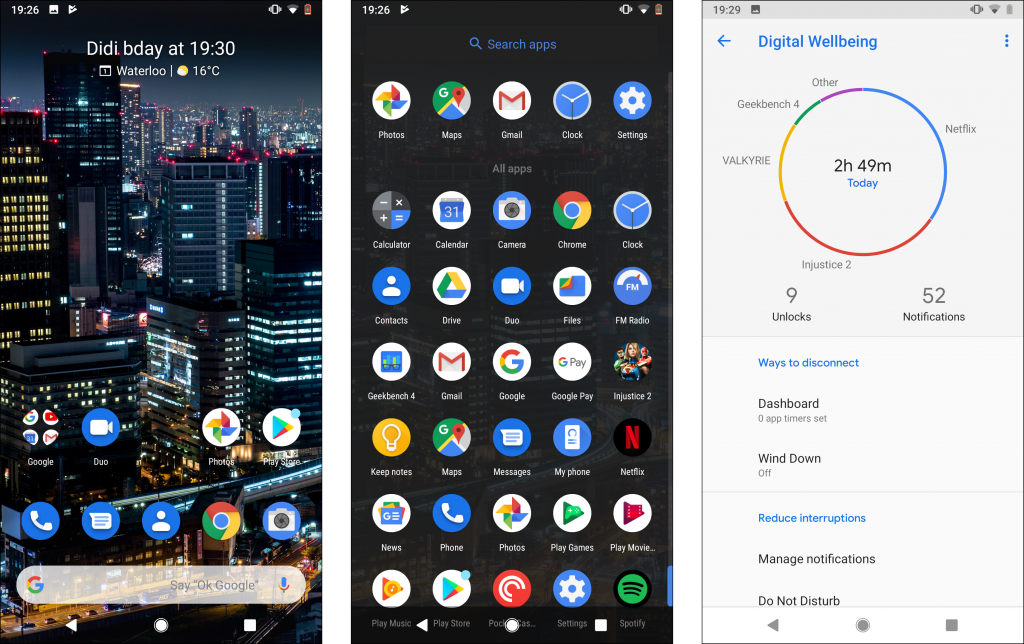 Android One also means that the interface is a relatively stock take on Android Pie, complete with Google’s Digital Wellbeing feature. It includes a home screen that can be loaded up with app shortcuts and interactive widgets, a Google screen to the left – which displays news and other information that the big G thinks you should know about – and there’s an apps drawer, too. 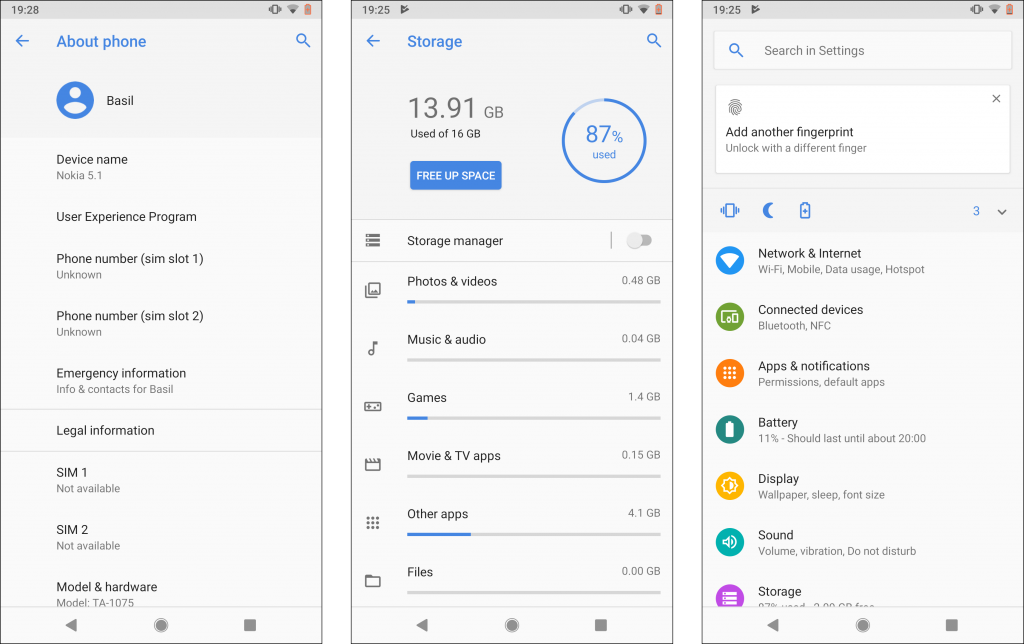 It’s simple and predictable, plus access to the Google Play Store also means app support is excellent. As mentioned, the inclusion of Google’s Digital Wellbeing hub is welcome. It provides you with control over your screen usage and even enables a greyscale mode, so you can give your eyes a break.

As great as the UI is, however, things start to go downhill when it comes to performance.

With a MediaTek Helio P18 processor combined with 2GB of RAM and 16GB of storage, the Nokia 5.1 is definitely “entry-level” from a power point of view.

While the interface proved smooth enough before the phone was updated to Android 9, since the update, things have slowed down noticeably. The Google screen to the left of the home screen stutters when fired up and more intensive apps, games and multitasking take their toll in the form of lag. 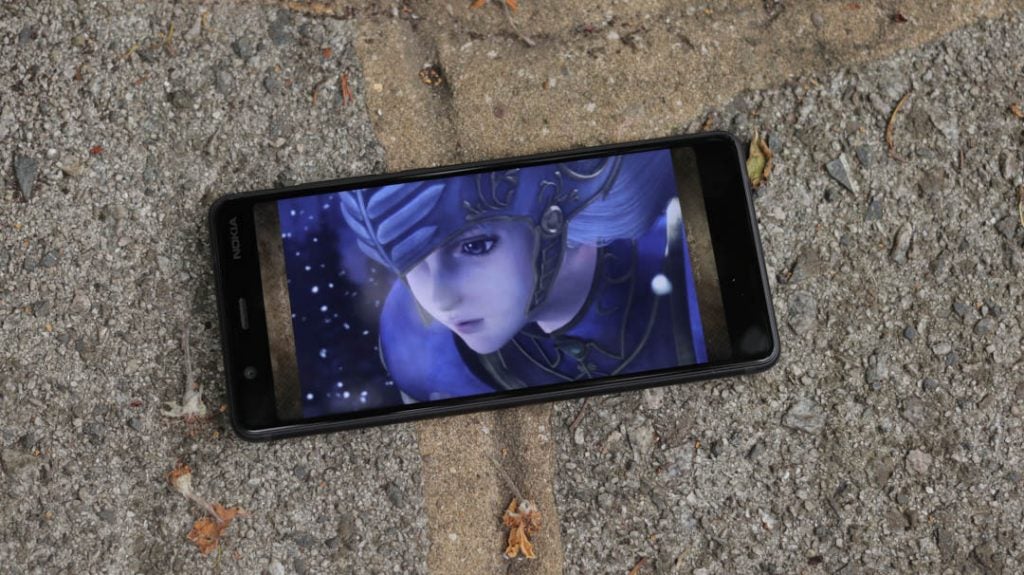 In addition, jumping in and out of the camera can leave you hanging for a second; taking a picture can take a couple of extra seconds to process. It isn’t unusable, but it does highlight the limitations of the phone – and the drop in performance will be a real kick in the teeth to anyone who has run the update.

Another consideration for gamers is storage capacity. The phone’s 16GB of internal space won’t offer enough room for titles such as Final Fantasy, Injustice 2 or Valkyrie Profile.

The onboard storage can be bumped up by 128GB through the use of a microSD card – which is great for videos and pictures but with apps and games installing to the internal storage, there’s no workaround.

As for the mono loudspeaker, it’s perfectly audible as it chimes that old Nokia tone every time it’s turned on or off. That said, it’s also very easy to cover up. At least call quality didn’t leave me with any complaints. 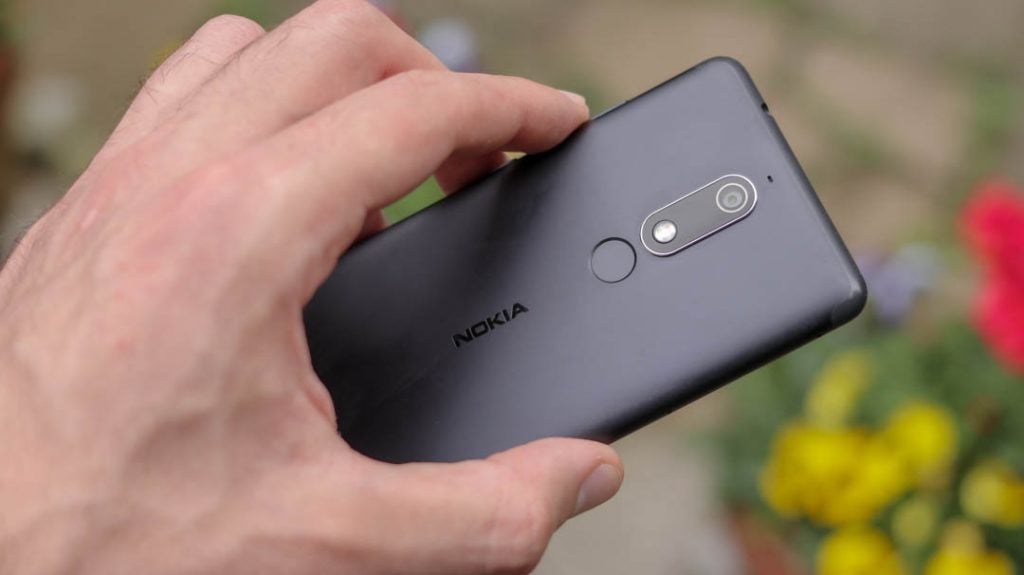 As far as quality is concerned, the camera here fares better than I’d have expected for a sub-£130 smartphone. It delivered good pictures often enough, especially when there’s light in abundance. Shots taken indoors in darker settings or at night are only ever passable. 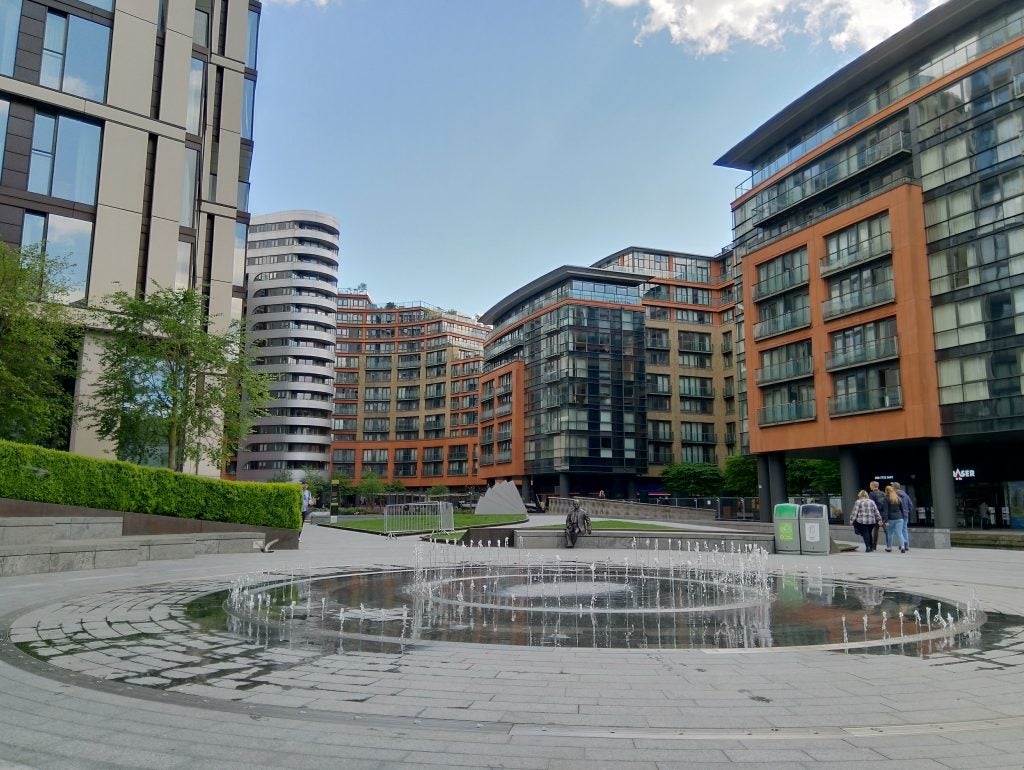 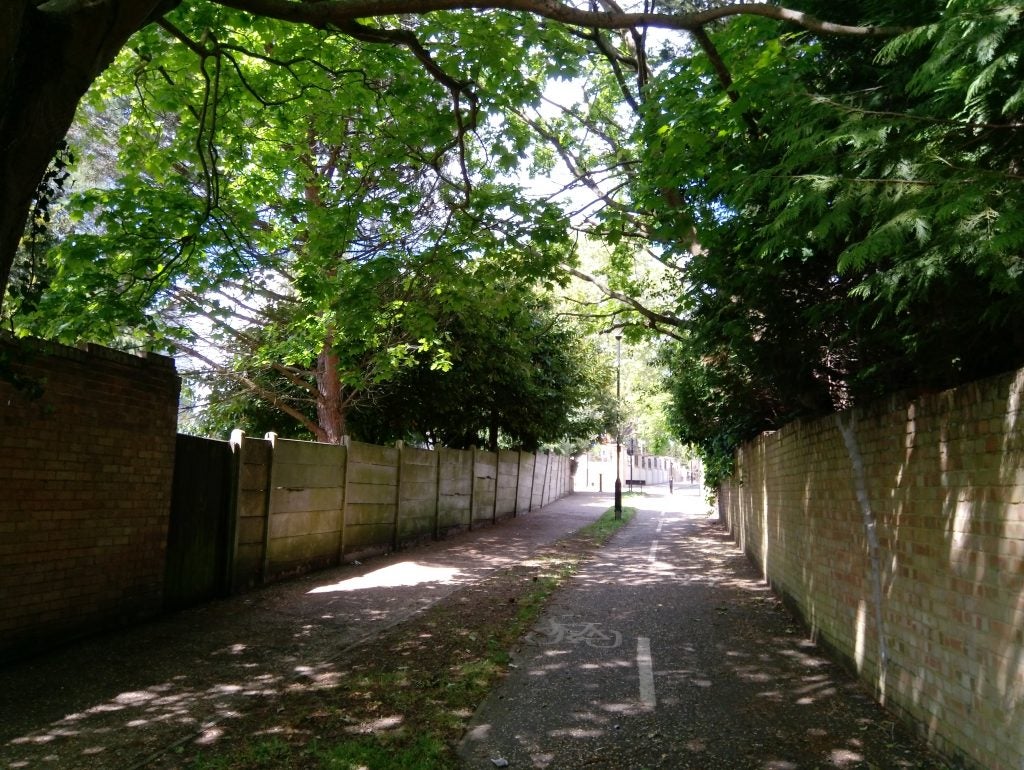 Photo detail is great in bright sunlight, although colours are a touch washed out at times. However, thanks to auto-HDR introduced in the Android 9 update, dynamic range is much better than it was pre-update. There are also a healthy number of shooting modes that help compensate for any shortcomings. Although, even with these engaged, low-light snaps are grainy and only ever usable, little more. You may need to fire up the flash when in a pinch. 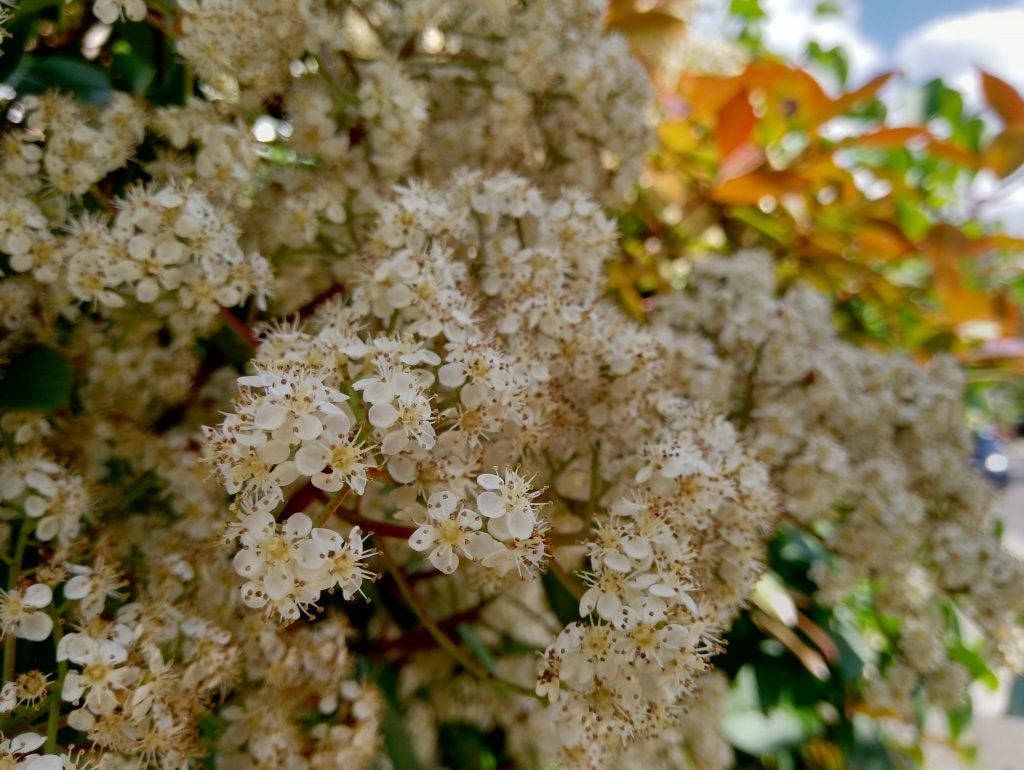 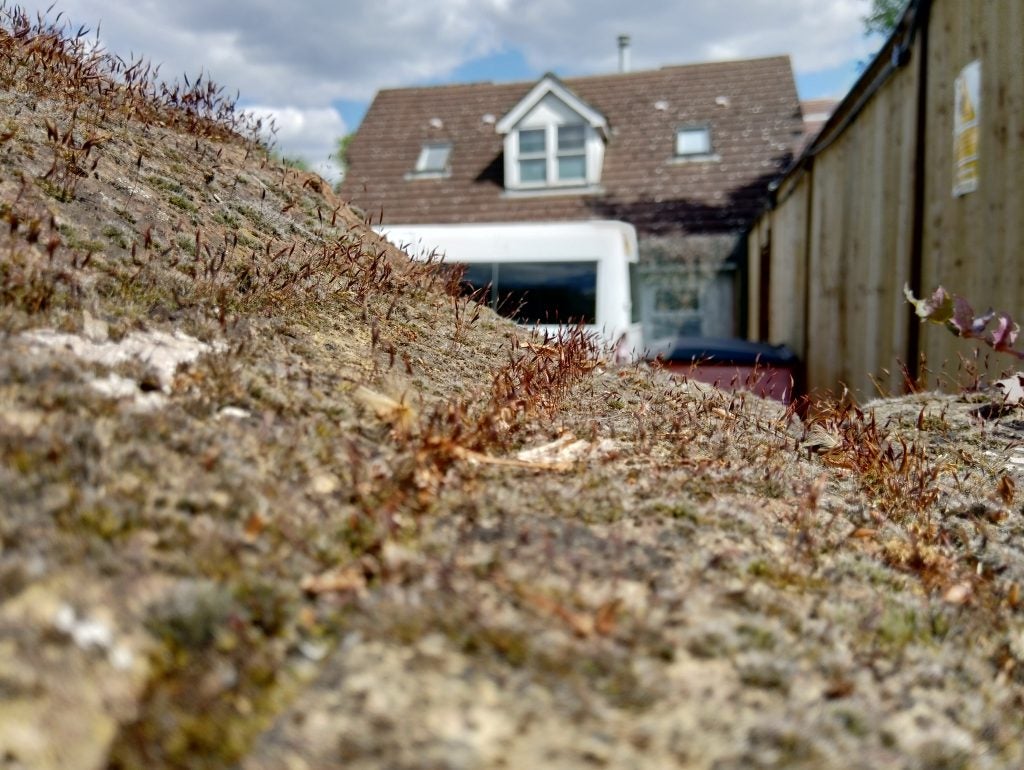 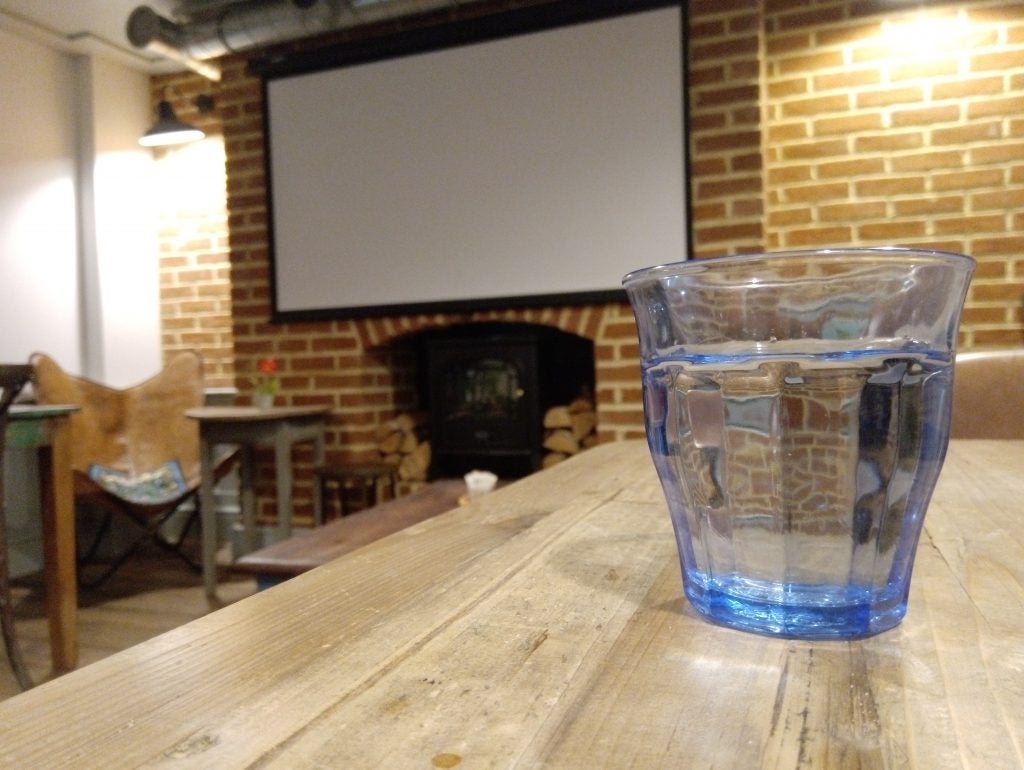 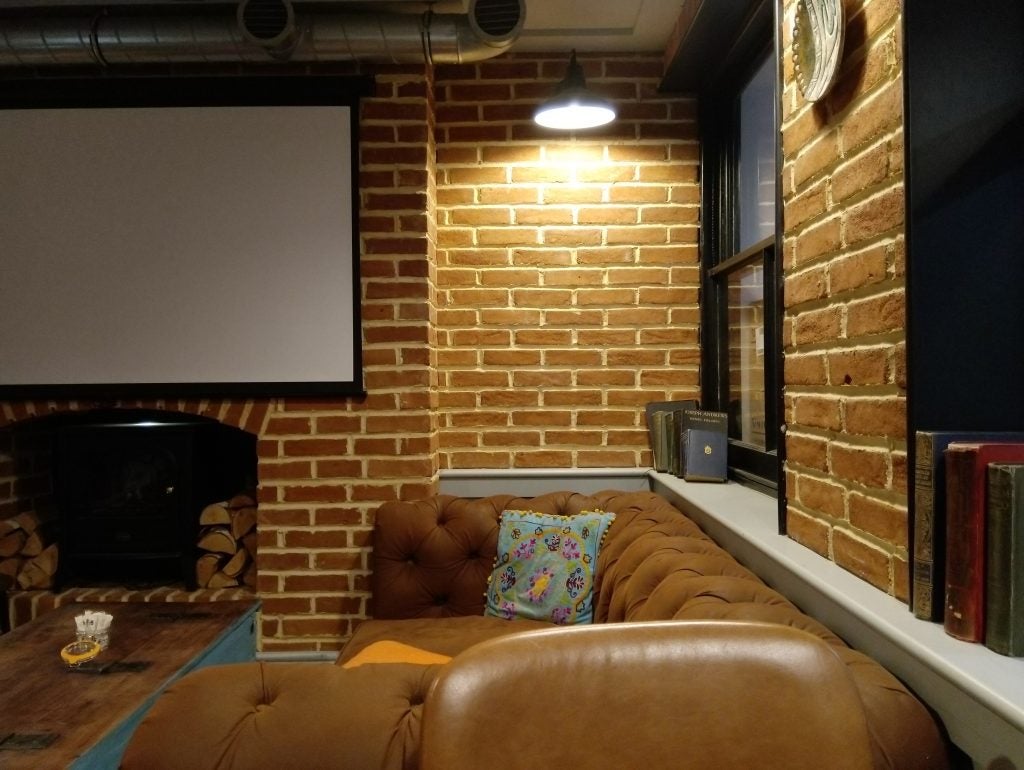 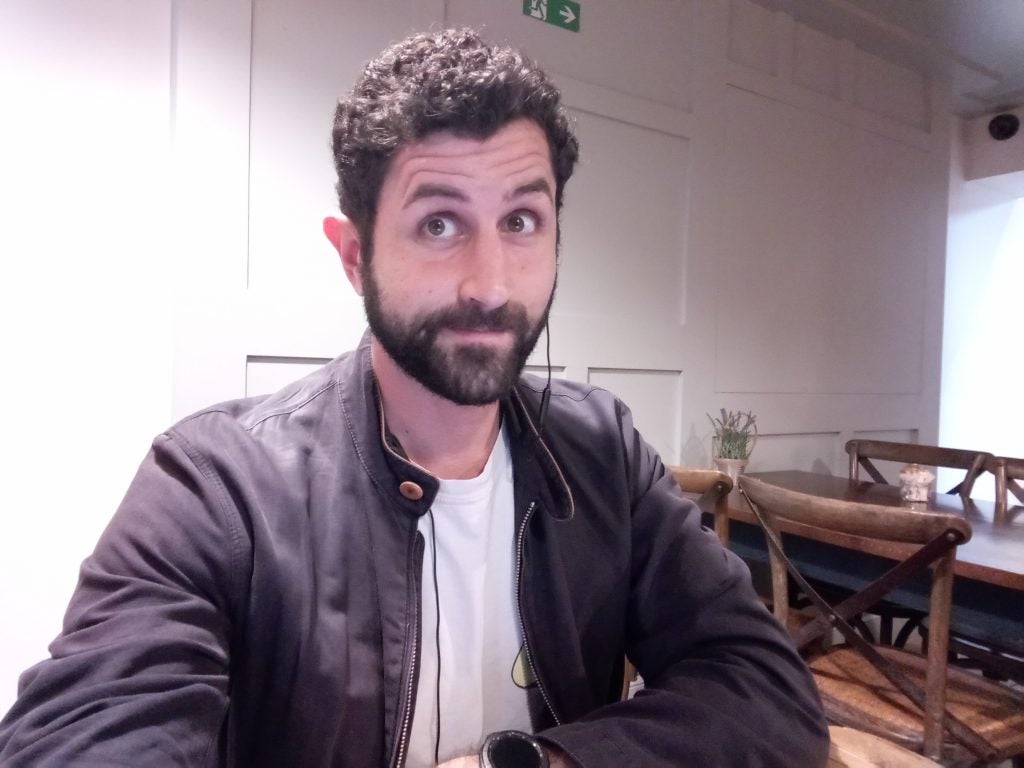 Video shot on the Nokia 5.1 is recorded at up to Full HD resolution and packs a decent amount of detail, especially in good light. Indoors and in darker conditions, grain creeps in quickly and the camera also struggles with focus when it comes to darker elements. Still, it remains respectable for the price.

Before its update to Android 9, the battery performance of the Nokia 5.1 was fair. On updating my device, however, things have taken a turn for the worse. Despite its large 2970mAh capacity cell, the phone can’t handle a huge amount of screen-on time. 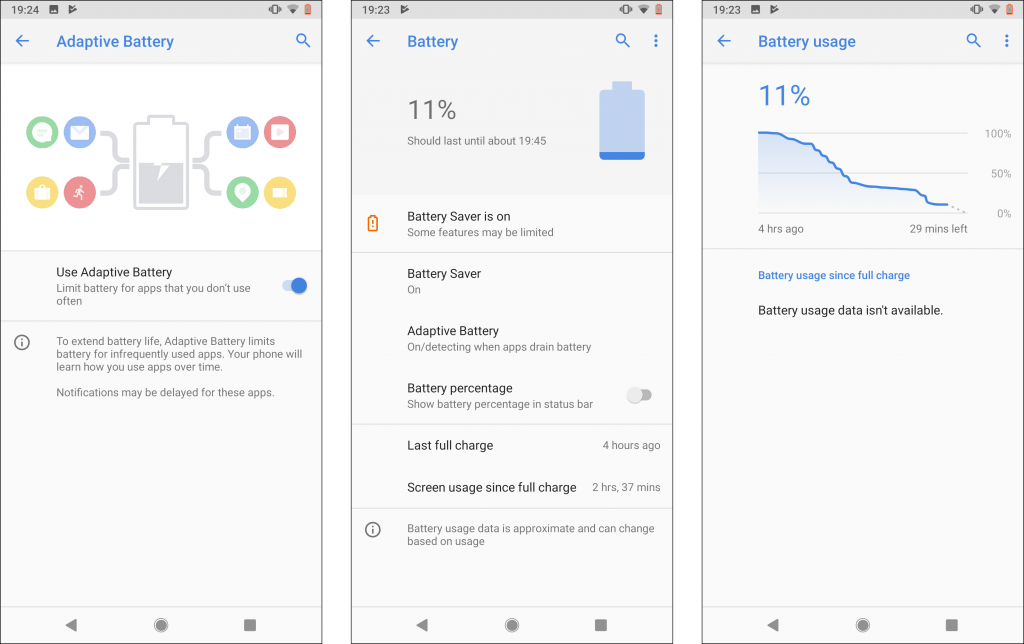 In my tests, the Nokia 5.1 only just made it through an hour of streaming video, an hour of gaming and an hour of music playback with the screen off. This left it with around 11 percent in the tank – which, compared to the Redmi Note 7 (which had just under 60 percent remaining) is concerning for anyone who uses their device to watch a lot of content or game for long durations.

As for charging, it’s all done via the microUSB port that sits along the bottom edge of the device. It takes just under an hour to fill up the Nokia from 0-100 percent, which is very fast for a budget phone.

The Nokia 5.1 is far from perfect but it still has some very compelling qualities. For starters, the design and screen are best-in-class at its price point; you can pick one up now for £109 + £10 top-up, or £129 SIM-free.

For a bit less, you can opt for the Alcatel 3V, which has a clunkier UI and a cheaper finish – although it does offer slightly better battery life. 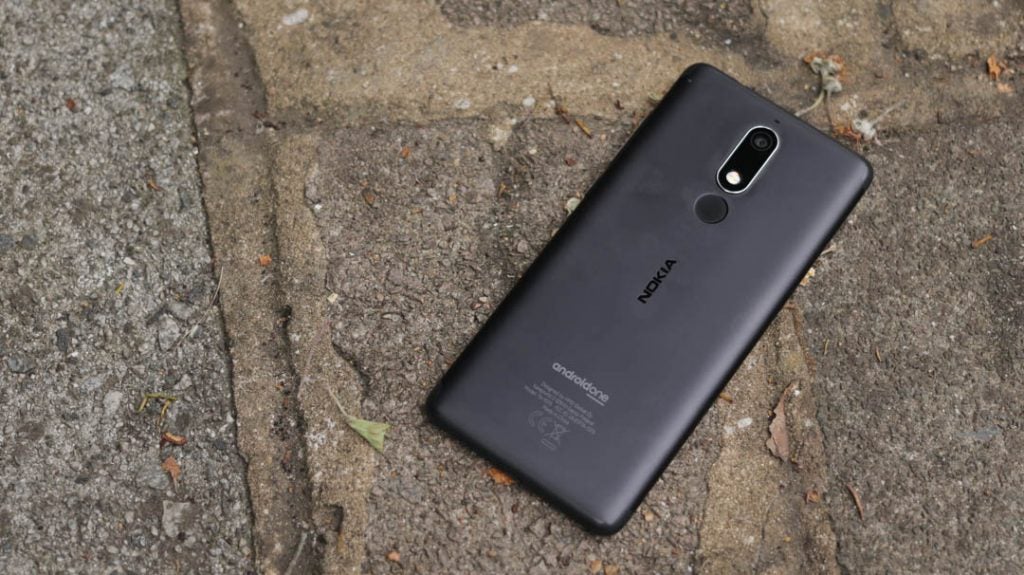 Alternatively, the Huawei Y6 2019 has a comparable spec sheet, with double the storage and a water-droplet notch, if you’d like your budget smartphone to have an edge-to-edge screen. That said, display quality isn’t quite on a par with the Nokia 5.1.

The Moto G7 Play is a great alternative at the price for anyone who wants a no-frills device with 32GB of storage. It’s a tad underpowered, yet still offers a much smoother user experience than the newly updated Nokia 5.1.

Finally, if you’re desperate for a dual camera then the Sony Xperia L3 costs about £40 to £50 more, sports a hardy Gorilla Glass screen and, despite packing a cheaper-feeling design, delivers a more premium experience and better battery life.

Ultimately, for the money, the Nokia 5.1 remains a good buy for those who want the best design and screen at the lowest possible price, alongside a competent – albeit laggy – camera.

That said, we’d only really recommend it those whose smartphone use is light; those who don’t require silky-smooth interaction, nor have a need to install big apps or games, or charging their device nightly.

Rich look and feel, a bargain price and a laggy UI. The Nokia 5.1 is an imperfect smartphone that nevertheless offers best-in-class design and screen, despite poor performance and battery life.