The iPhone XR is an excellent phone now at an even better price. It offers a lot of the features of the new iPhone 11 and even comes in some colours you might prefer.  Some might argue the screen lacks a high resolution. While they’re not wrong, the display here is still nice and colourful. The camera also isn’t as good as the dual-lens array on the iPhone 11.

The iPhone XR doesn’t feel as ‘classy’ as the pricier iPhone 11 Pro and 11 Pro Max but the aluminium band is less slippery than the latter’s stainless steel. The 6.1-inch screen size is also a nice compromise between the 5.8-inch iPhone 11 Pro and 6.5-inch 11 Pro Max. it’s the exact same size and weight as the iPhone 11.

There’s glass on both the front and the back, and it holds an IP67 rating, meaning it can be submerged in a variety of liquids for up to 30 minutes. But there’s still no headphone jack here, and not even a 3.5mm dongle inside the box. 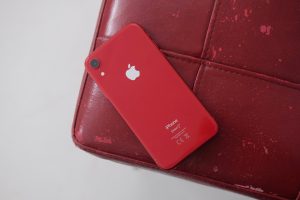 Even though it follows the near edge-to-edge look of all the new iPhones since the iPhone X, there’s a thicker bezel here surrounding the display. This becomes slightly more prominent when you’re using a coloured variation of the iPhone XR. With my red review unit, for example, the black bezel stands out more against its bright red sides.

Being able to pick up this phone in a variety of colours makes it a bit more interesting. There’s a pinky-orange coral, a vivid red and a couple of more pastel shades of blue and yellow. For those who want something a bit more conservative, there are also white and black options. The range of colours is great and there isn’t one that stands out as looking ugly: they’re all coloured well and each reacts a bit differently when light hits its glass back.

Apple is calling this a Liquid Retina display, a moniker it has also attached to the iPad Pro 2018. After using it for an extended period, I honestly think it’s fine. If you’re coming from an iPhone 7 or 8, you’ll feel right at home. It’s the same display as the iPhone 11.

LCD lacks the punchy colours, perfect blacks and support for Dolby Vision/HDR10 that the OLED on iPhone XS and iPhone 11 Pro gives you. But in normal use colours are still pleasant and you can’t spot individual pixels unless you really go searching for them.

To my eyes, the screen is a little more yellow than the iPhone OLEDs. However, that might just be the True Tone (Apple’s software tweak that makes colours softer on your eyes in certain environments) tech doing a bit too much work.

Like all of Apple’s current iPhones, the screen is ridiculously responsive. The panel itself remains 60Hz but the touch-layer is 120Hz and your swipes and taps are registered instantly. 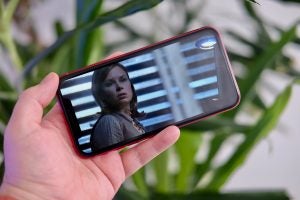 Impressively, Apple has managed to ensure the curves in the corners of the screen and around the protruding notch are perfectly uniform – without any stray pixels or wonky edges. This is done through a combination of pixel-masking and anti-aliasing, and the results are excellent. Look at any competing Android phones with LCDs and curved corners, and you’ll notice ugly jagged edges.

Sitting at the top of the screen is a notch – a small-ish cutout, where the bevy of Face ID sensors and front-facing cameras sit. Your feelings on the notch will likely be very varied and that’s fair – it does get in the way when watching videos. For everything else, it blends into the background and doesn’t detract from what’s on the display.

Powering the iPhone XR is Apple’s A12 Bionic SoC (system on a chip) paired with 3GB of RAM. This is the same chipset used in the iPhone XS and iPhone XS Max. However, both of those phones have 4GB RAM.

Being a 7nm chip, as opposed to the 10nm chip of the A11 Bionic, allows a greater number of transistors to be packed inside the silicone. This leads to a more efficient chip. The main features for the new chip are a 15% faster CPU, 50% faster GPU (both when compared with the A11 Bionic) and a new neural engine for AI. There’s also an updated ‘secure enclave’ inside the chip that aids the snappier Face ID.

The general processor improvements aren’t huge when compared with the 2017 iPhones. But for anyone updating from an iPhone 6, iPhone 6S or iPhone 7, you’ll notice everything moves a lot quicker. Apps open instantly, there’s no jank when multitasking and I’ve noticed app crashes are very rare.

There’s so much power available here that you’ll likely not utilise it all straight away. Apple’s having a big push with augmented reality (AR) and this will demand more power when developers really start to push it to its limits. 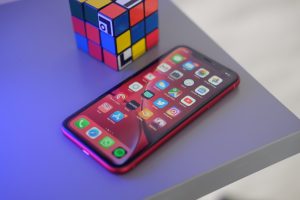 The A12 Bionic should also allow the iPhone XR to stay fast for multiple years. When you think Apple has only just stopped selling the four-year-old iPhone 6S, it becomes obvious this iteration will be around for a long time.

The iPhone XR is a great pick too if you’re an avid mobile gamer. It doesn’t pack some of the fancy features you get with the Razer Phone 2 (120Hz refresh rate) or ROG Phone (a mix of gaming-focused accessories). But instead, it offers plenty of power and the wide-range of excellent games available on the App Store. Intensive titles, such as Asphalt 9 and PUBG, run fantastically well and match the pricier iPhone 11 Pro for loading and frame rates. 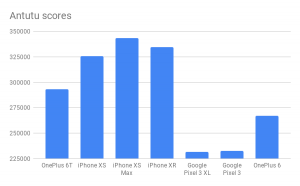 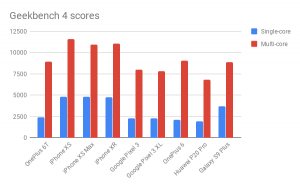 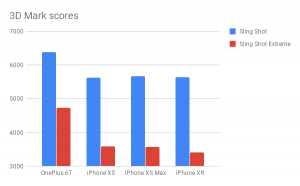 Apple has completely moved away from Touch ID fingerprint unlocking. Putting so much faith in its Face ID facial unlocking means it has to work reliably. Thankfully, Apple succeeds with this: Face ID is reliable at bursting into life when you look at the phone and it works even in a pitch-black environment.

Unlike some more basic facial authentication systems on other phones, Face ID can’t be fooled by a photo and learns your appearance over time. You won’t have to retrain it if you get a haircut or shave off a bushy beard. It comfortably recognised me with or without my glasses.

iPhone XR will likely be a lot of people’s first experience with Face ID and I can’t see many of them being disappointed.

The speakers (one of which sits on the bottom and other in the notch) are louder and clearer than those on any previous iPhone, matching excellent Android handsets out there. Apple has levelled out the sound so that the downward speaker is no longer more powerful. This gives you a more balanced sound that isn’t dominated in a particular area.

When the iPhone XR was first launched in September 2018 it came with iOS 12. If you buy one now it’ll be upgraded to iOS 13.

The general user interface remains the same: swipe up from the lock screen to access the standard gridded view of your apps. A left swipe brings up the Today view: a space for widgets to sit. It’s all very basic and will be familiar to anyone who has ever used an iPhone or iPad.

Related: How to update apps in iOS 13

iOS 13 isn’t a huge overhaul of the software that has powered iPhones for years. Big new features this time around include a completely remade, and much improved, Photos app, plenty of UI tweaks and, of course, Dark Mode. Enable this and all system apps will turn a nice shade of grey.

Thanks to the Face ID system, there’s Animoji and Memoji on the iPhone XR. These augmented reality emojis blend your facial animations with various characters and can be pretty addictive. They’re limited to iMessage, which seems odd. Surely there must be plans to brand them off into a singular app?

Due to the lack of a physical home button, your main interaction with the iPhone XR is through a selection of gestures. Swipe up from the bottom to go to the Home Screen, pull down from the top left for notifications and top right for Control Center. Once you’ve got over the initial learning curve, it’s mostly a straightforward process.