The Sony Xperia L3 is not particularly interesting or dynamic, but it gets most of the basics right.

What is the Sony Xperia L3?

The Sony Xperia L3 is an affordable phone, sitting at the opposite end of the brand’s phone line to the Xperia 1. It costs £169.99, and is an obvious alternative to phones like the Moto G7 Power and Honor 10 Lite.

This is a solid-enough mobile. But against such strong competition, what advantages it has seem slight.

First, it does not have a notch, which may appeal to some. It also has a fingerprint scanner on the side. Is that better than one on the back? No. It’s just different.

When the Moto offers much better battery life and the Honor a more striking design, the Sony Xperia L3 seems a little bland. But if your phone network offers it to you as part of a great contract or PAYG deal, there are no glaring problems to put you off this entry-level Android. 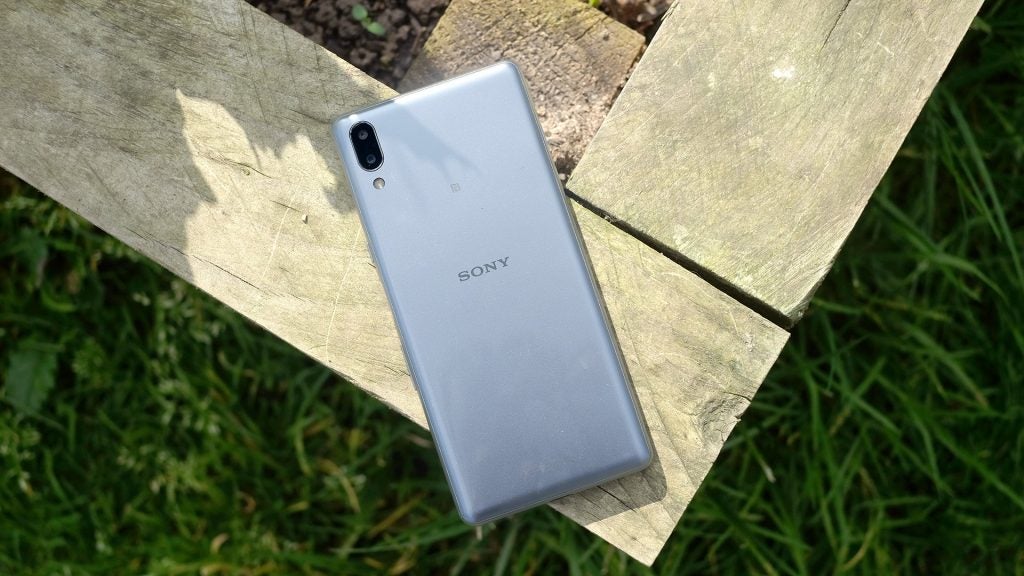 The Sony Xperia L3 is all-plastic, bar the glass covering its screen. So is the Moto G7 Power but, in this silver colour at least, the phone does not look particularly refined. And it does not feel remotely high-end either.

It looks and feels just what it is, a fairly cheap phone. The Honor 10 Lite is plastic too, despite its maker’s knack for making surprisingly low cost metal and glass designs. However, it has a fancy finish that tricks the eyes, if not your fingers.

The Sony Xperia L3 is also a little smaller than most of its peers, which may be a significant benefit for the non phone obsessives out there. It’s 72mm wide, just 0.5mm wider than the Moto G7 Play. It fits in pockets easily, and does not feel a stretch to use. 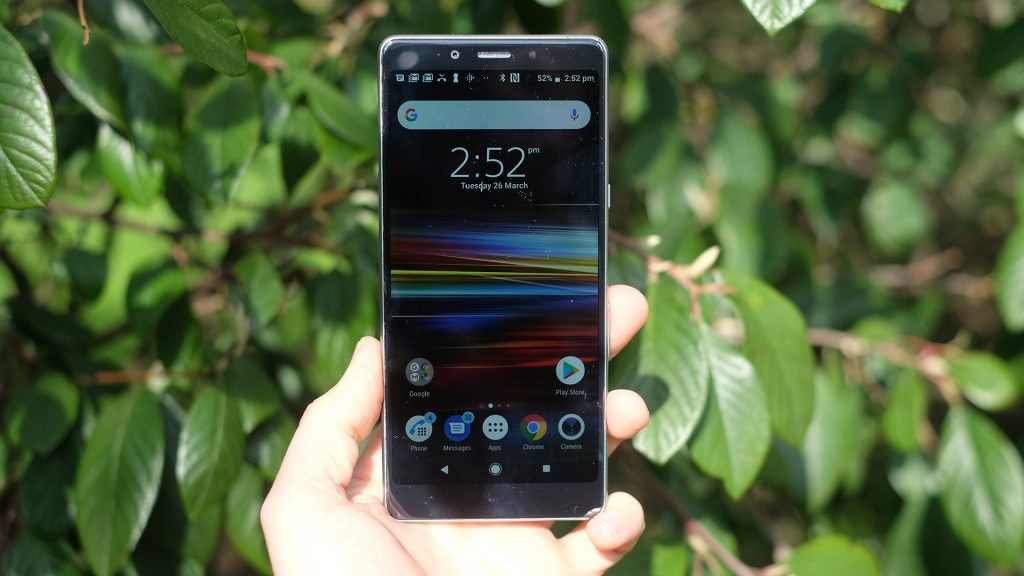 If “small and affordable” is the aim, though, don’t forget the Moto G7 Play. It is significantly less tall than the Sony Xperia L3, in part because it has a notch.

That’s one of the key appeals here, though, the absence of notch. After being initially skeptical about notches, I now find most phones without one represent a bit of a waste of footprint space. Just because you banged on for ages to friends about how silly notches are, doesn’t mean you can’t change your mind. Swallow that pride, doing so is probably good for your health, or something.

The Sony Xperia L3’s side fingerprint scanner is also different to the norm. It is unusual in phones, but not in Sony phones. However, in previous higher-end Xperia phones with such pads, the sensor was normally built into the power button. 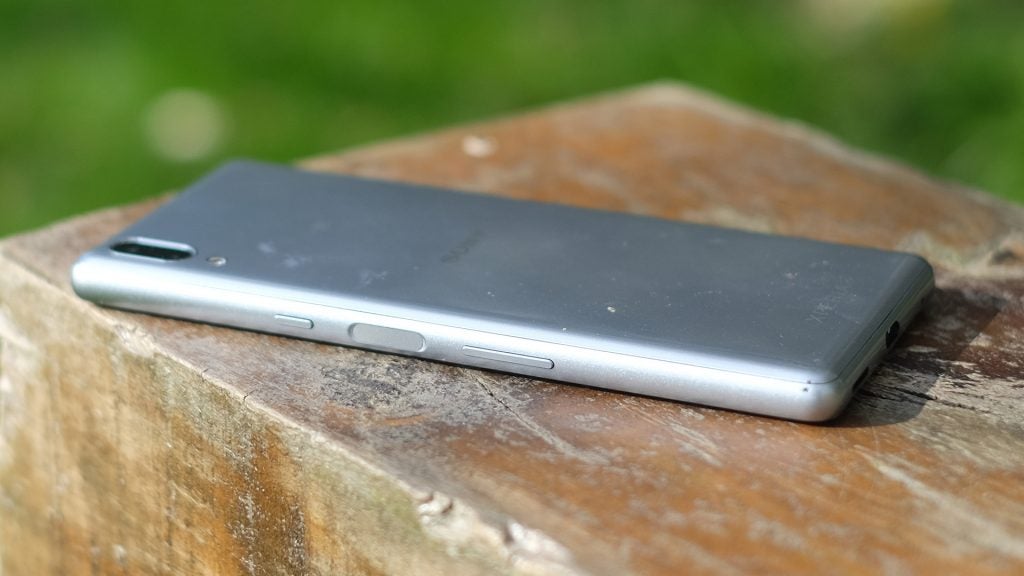 Here the two are separate. A large part of the right side of the Sony Xperia L3 is covered by either the power button, volume rocker of fingerprint pad. It’s not confusing or irritating, unless you’ll use some form of dock or clamp, perhaps a phone tripod, that will smush one of the buttons.

The fingerprint pad itself isn’t the fastest around, but does work from a screen-off state with simple finger contact. 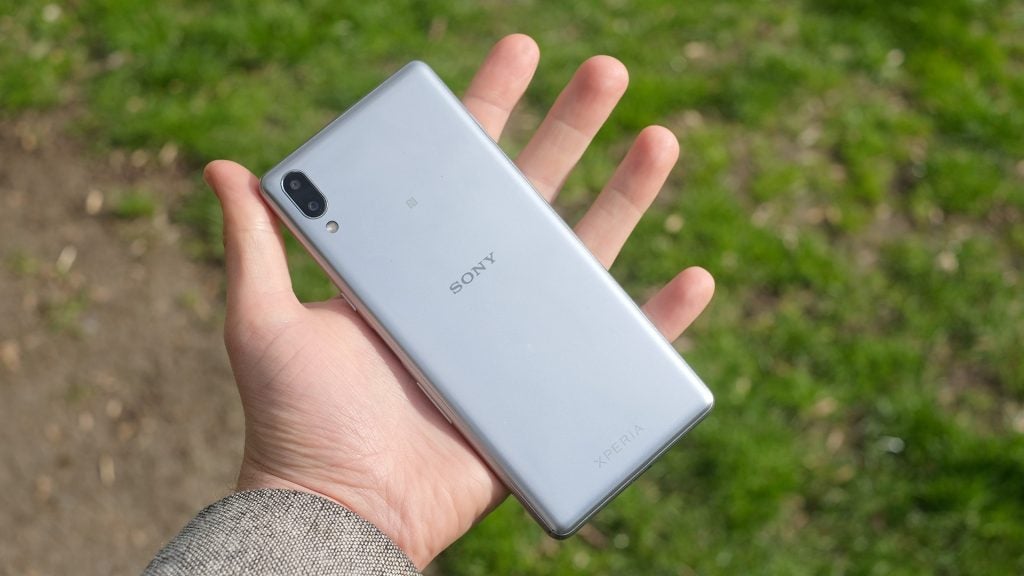 The Sony Xperia L3 has a 5.7-inch 1440 x 720 pixel LCD screen. It’s an 18:9 aspect display, similar to what most notched phones would have if you chopped off their notch area.

Like quite a few sub-£200 phones, that the resolution is not ultra-high is the main takeaway here. It does not have the density to make pixellation a non-issue. Look for the tell-tale cragginess of pixel edges and you’ll find them.

The Moto G7 phones in contention at the price suffer from the same effect, but the Honor 10 Lite does not. 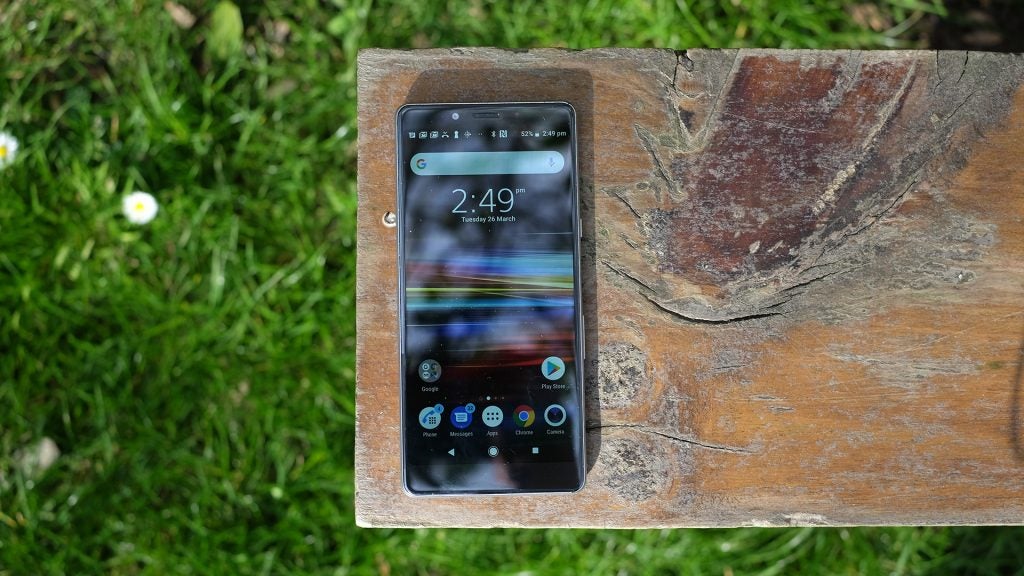 Whether you’ll notice or not depends on the phone you are switching from. If you want to know, look up its screen resolution. If it has 1080 pixels to its width, your old phone will likely look sharper than the Sony Xperia L3.

However, like a lot of recent 720p-screen phones, my own eyes got used to the slower pixel density very quickly.

Colour and contrast are fine too, but the Sony Xperia L3 does not have the brightest screen in its class. It’s noticeable on bright days, and in the product photos here, where the on-screen image struggles against reflections. The phone also has the old version of Sony’s screen customisation. You flick colour temperature RGB sliders rather than choosing modes or a “warm to cool” character. This old Sony style is not remotely user-friendly, but then screen calibration does look fine as-is. 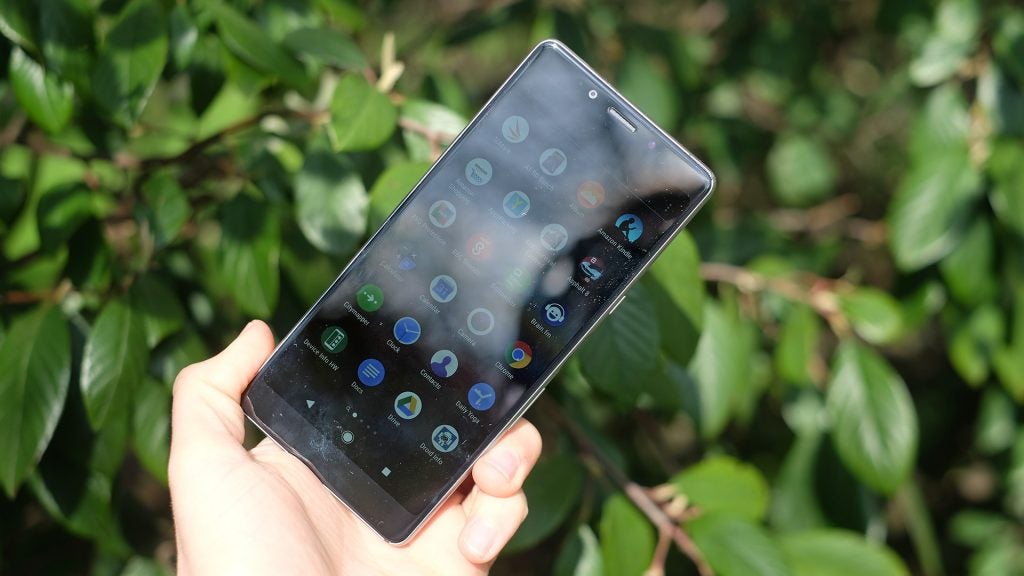 Why does a new phone have old controls? The Sony Xperia L3 has old software throughout. A launch it runs Android 8.1.0 rather than Android 9.0.

This lacks behind-the-scenes optimisations and the digital wellness features Google cooked up for 9.0. The software skin stretched over the top isn’t the new version seen in Sony’s higher-end phones either.

Most people wouldn’t pick up on many of the differences, like different fonts and a slightly different Settings menu look. This older version still has an app drawer laid out in pages rather than a single smooth scroll, though. 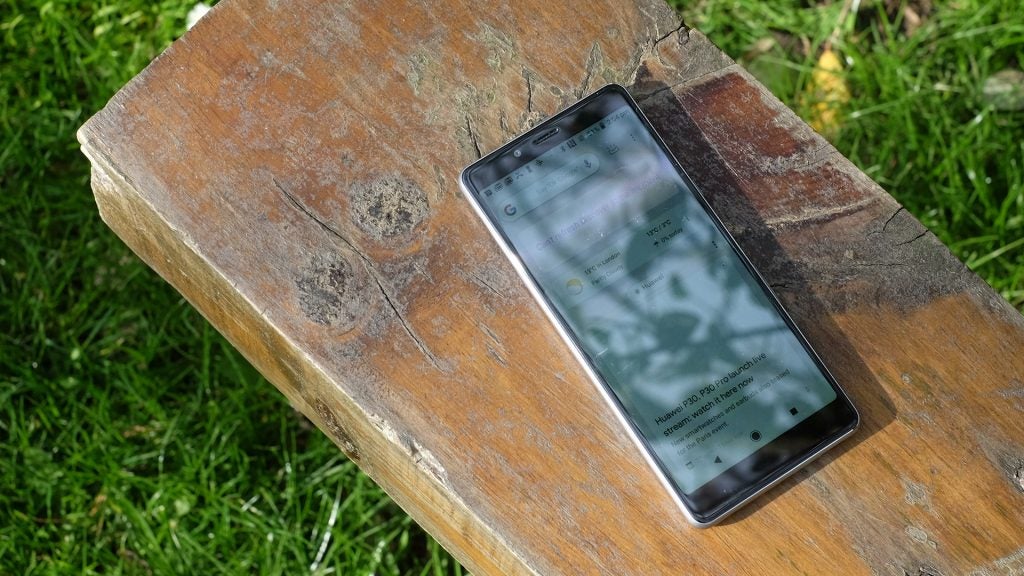 Using pages is still a fine way to organise an Android phones. But as someone who quietly complained for years about Sony hanging onto a paginated app area, I much prefer the newer interface of the Xperia 10 and Xperia 10 Plus.

Once again, the state of the competition matters. The Honor 10 Lite and Moto G7 Power both have Android 9.0, and more up-to-date manufacturer interfaces. Given other Sony phones of the moment do have newer software, this tells us Sony itself considers the Xperia L3 a bit of a runt.

General performance is fine, but not best-in-class. Some even-cheaper Honor phones like the 7C are slow enough to be a pain to use. The Sony Xperia L3 is not even close to that. It’s generally responsive, a reasonably alert-feeling phone. However, the Moto G7 range feels more sprightly still. The Sony is prone to the occasional little pauses before the keyboard appears, before apps load or when you come out of standby, and so on. 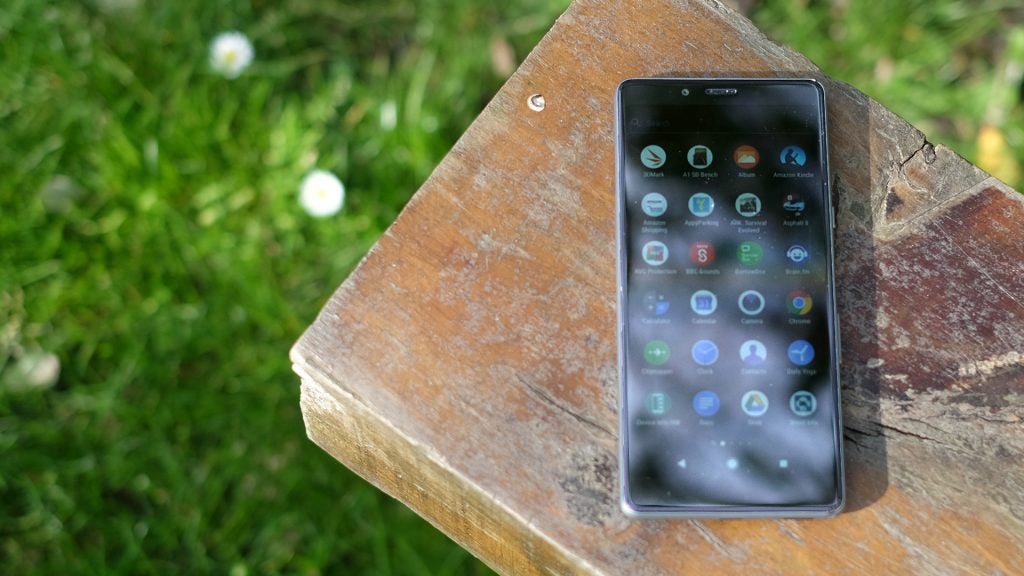 The Sony Xperia L3 has a MediaTek Helio P22 processor. On paper this sounds just like the kind of Snapdragon CPU many others have at the price. The P22 has eight Cortex-A53 cores.

However, its PowerVR graphics processor is not as powerful as those of the Moto G7 phones or Honor 10 Lite. The Moto is the most relevant comparison here, as they have closer screen resolutions. Honor’s phone needs more power to keep up, assuming the game in question renders at the phone’s resolution.

All that said, gaming performance is still fine for the price. You can play most high-end Andoid games perfectly well, and only need to fiddle around with graphics settings in the more demanding titles. The Sony Xperia L3 can’t play games that need support for the Vulkan API, though.

There are only a few of these, but there are some big hitters: Ark: Survival Evolved is perhaps the most high profile game that requires Vulkan.

The Sony Xperia L3 has a 13-megapixel main rear camera with an usually narrow f/2.2 lens. Today’s current trend for slightly pricier entry-level phones like this is to use 12-megapixel sensors. They sound better than 13-megapixel ones because very expensive phones tend to use 12MP ones.

So is the Sony Xperia L3 actually worse? In some key respects, no. 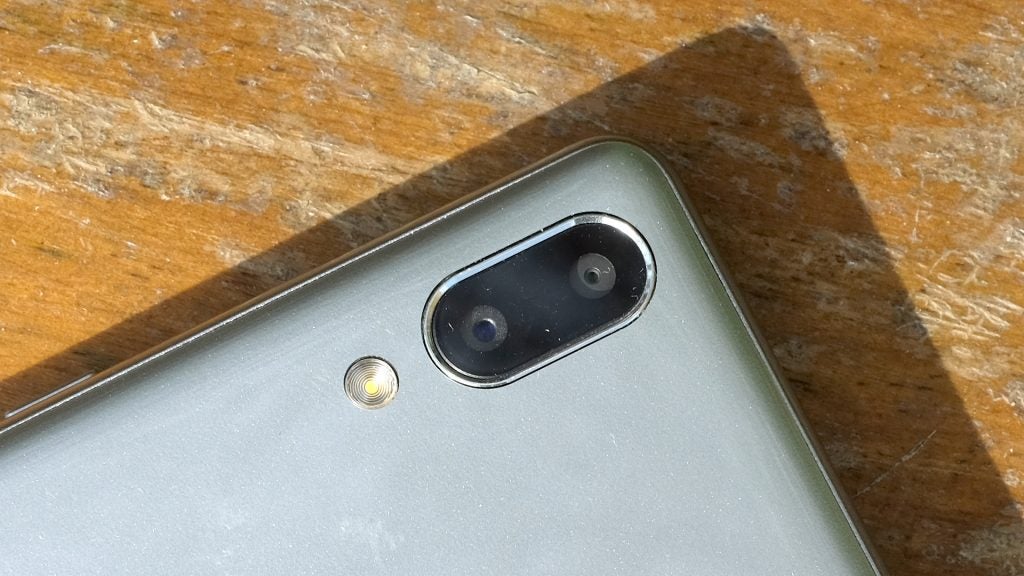 The Sony Xperia L3’s daylight pics look pretty sharp and detailed for those taken with an affordable mobile. Those fine details don’t look as clean as shots from a phone from the next league, no surprise there, but Sony’s processing algorithms do seem to favour detail capture over smoothness and noise reduction.

Low-light performance isn’t too bad considering the Sony Xperia L3’s price and narrow lens aperture. Detail starts to break down and there are none of the process-heavy optimisations starting to drop down to more affordable mobiles. This is where you can take the equivalent of a long exposure shot, but do so handheld. 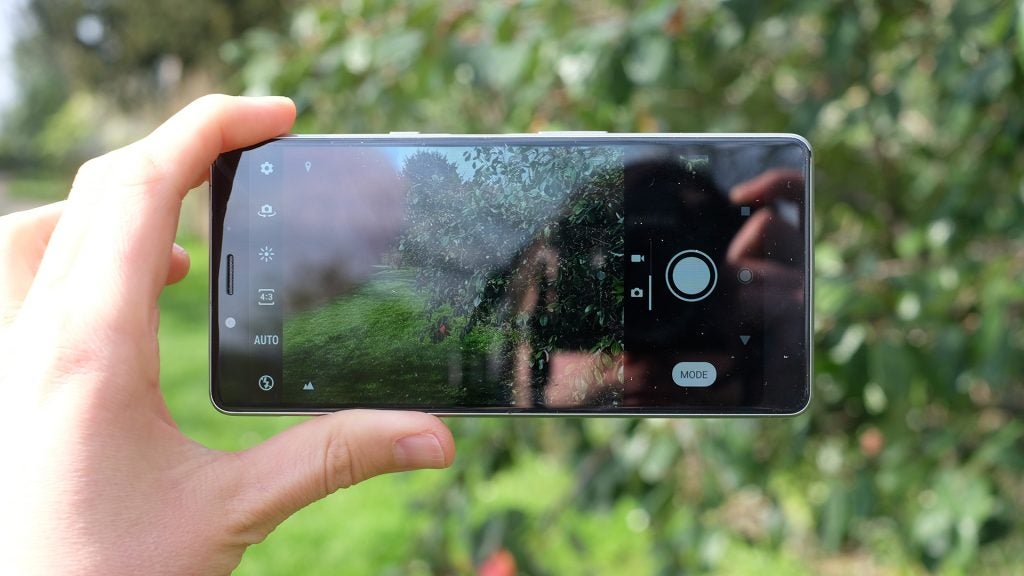 However, the Sony Xperia L3 is quite good at making night scenes appear acceptably bright. This has been a Sony strength for years. 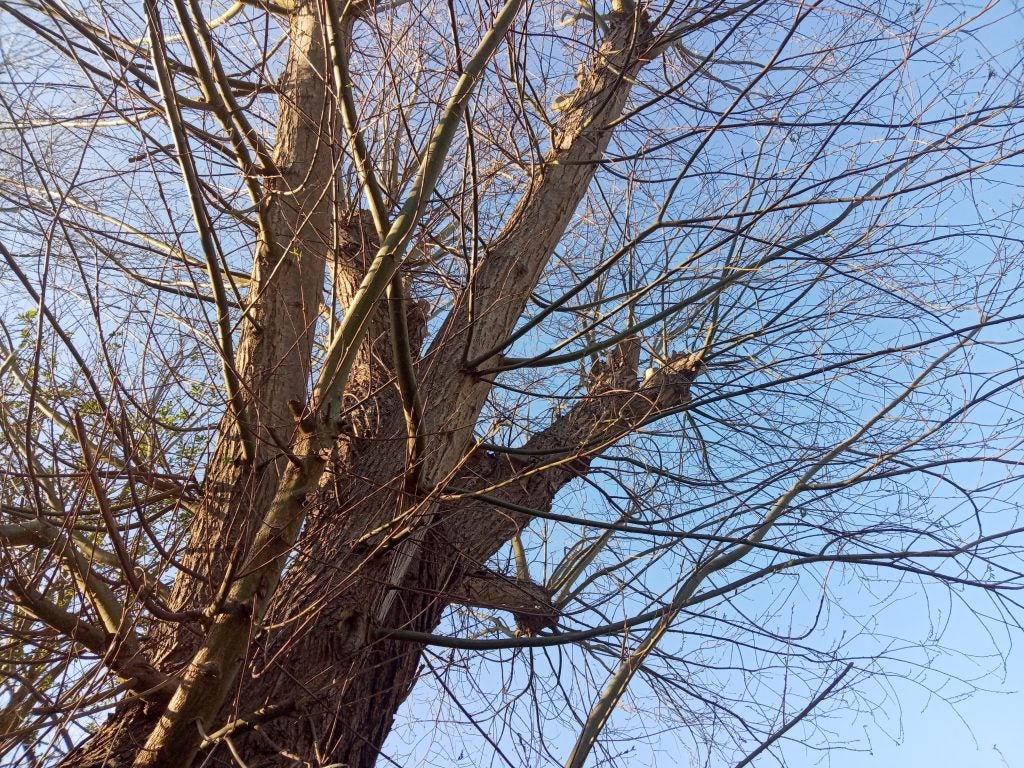 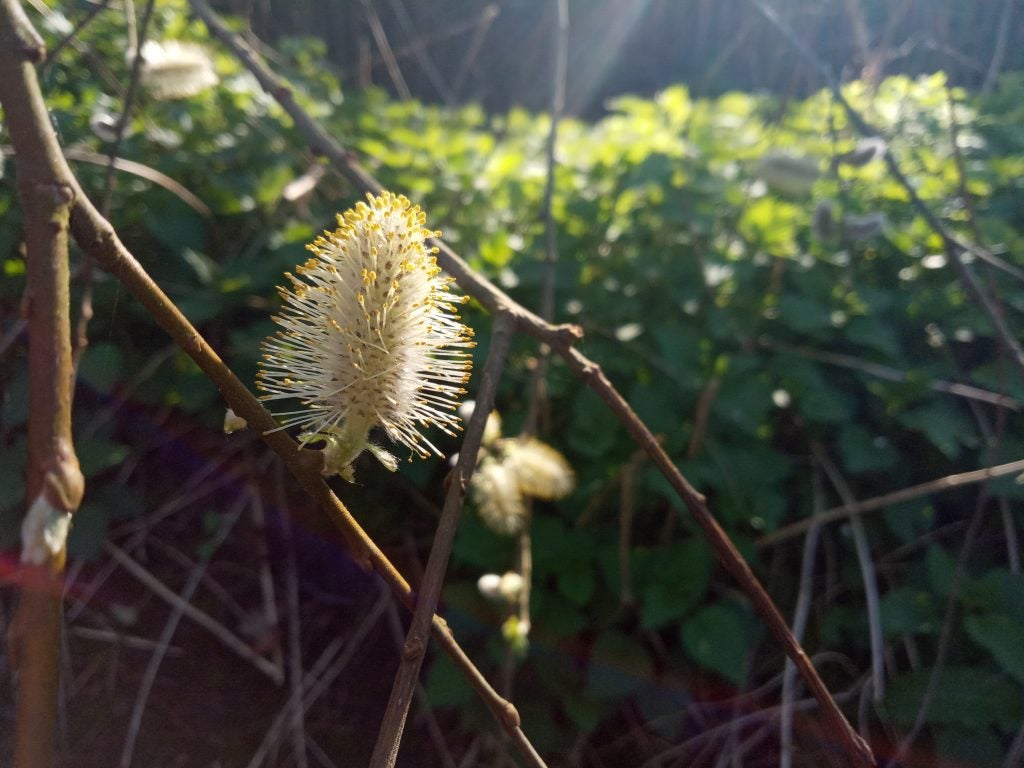 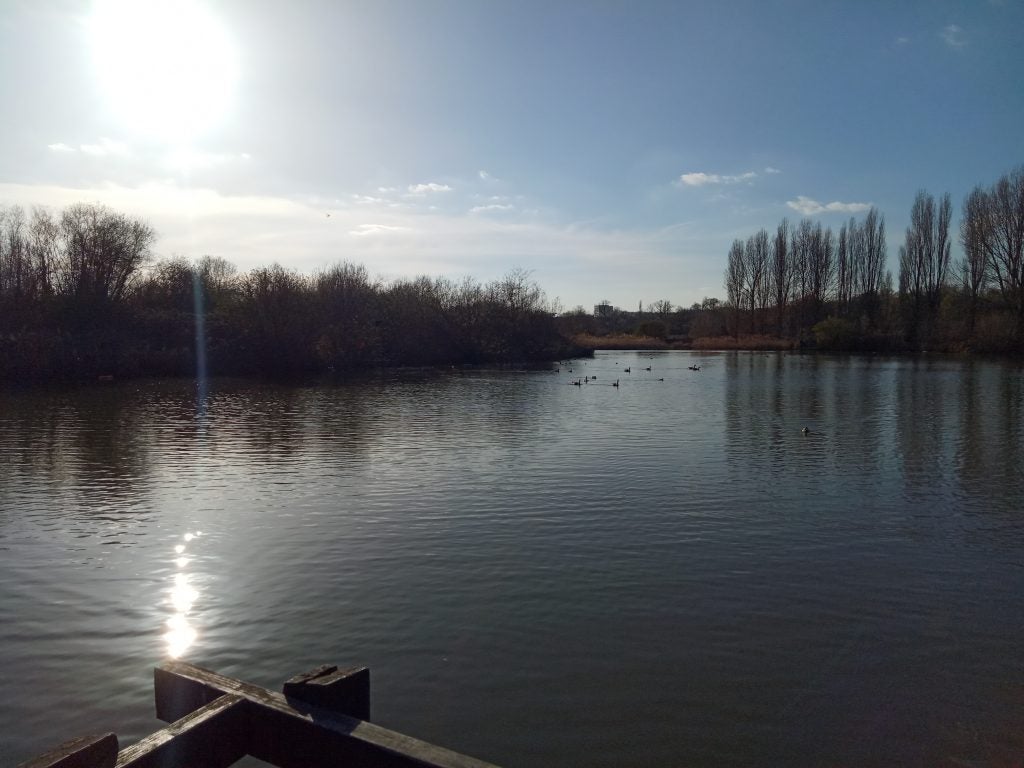 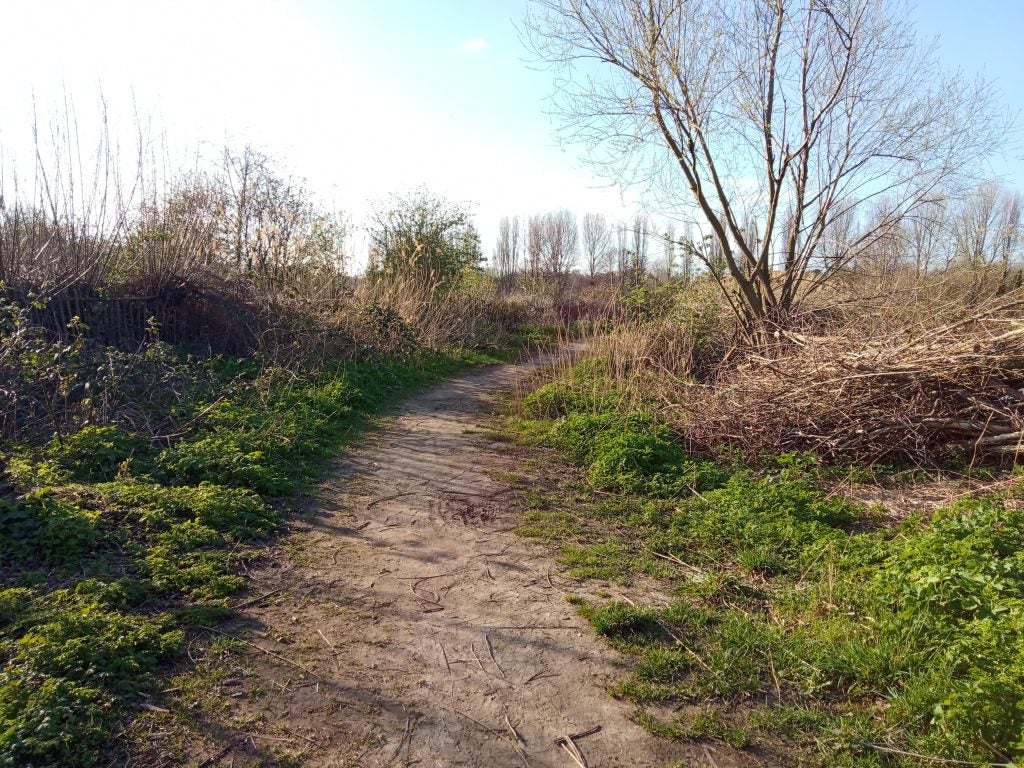 Other elements of the camera are at best passable. The Sony Xperia L3 can only shoot video at up to 1080p, and does not have the motion smoothing needed to make hand-held footage look smooth.

Its camera is pretty barebones. The 8-megapixel selfie camera is conventional too, offering reasonable image quality in daylight. But photos turn soft in lower light.

The Sony Xperia L3 is a bit of a masala of mediocrity, or perhaps something slightly better than mediocrity that is so bland no-one bothered to give it a name. However, the phone’s battery life is pretty good.

It doesn’t get close to the alarming, almost disconcertingly long battery life of the Moto G7 Power. A 3300mAh battery is enough to let you relax in the knowledge it will almost certainly make it through to midnight. If you tend to pound your phone’s battery with lots of streamed video and gaming, the chunkier Moto is right there for you.

An hour of YouTube streaming takes 11 per cent off the battery, suggesting it’ll last for around nine hours of streamed video.

Sony says the Xperia L3 supports Adaptive fast charging, but our phone did not come with a fast charger. And yours probably won’t either. If you’re likely to charge your phone overnight anyway, this isn’t necessarily a big loss. The phone has a USB-C for charging, so at least its plug isn’t as dated as its software. 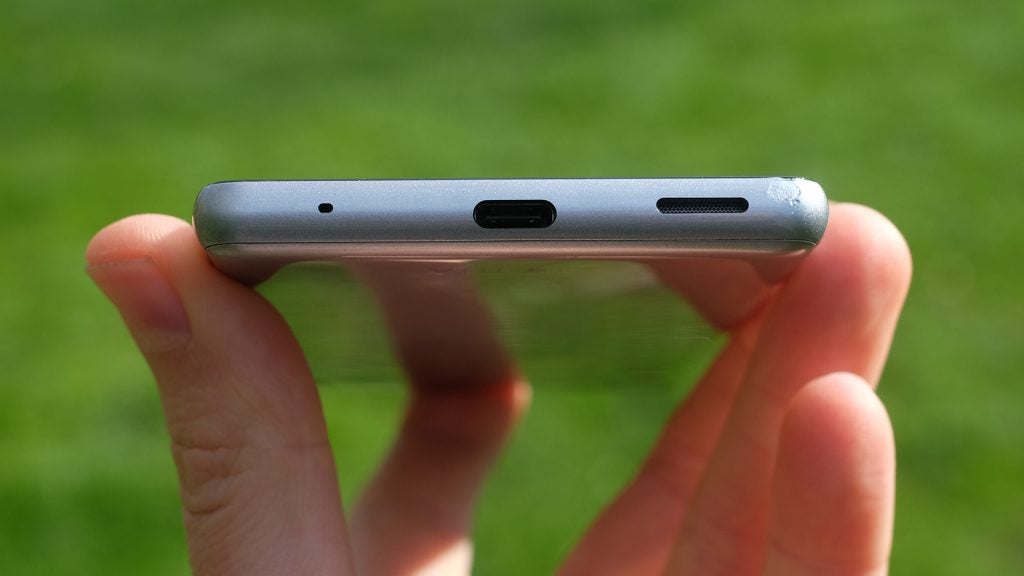 Why buy the Sony Xperia L3?

The Sony Xperia L3 fills a hole in the Sony line-up, and does so without much verve or ambition. It offers the basics at an agreeable price. That it also has older software, as well as lower-end hardware, than phones one level up is indicative of the limited attention paid to its particulars.

It’s a solid but uninteresting phone that needs to compete with more aggressive or dynamic alternatives, like the Moto G7 Power and Honor 10 Lite.

It still earns a decent score, though, because it avoids all the issues that make a phone irritating or difficult to live with. Battery life is good, and the Xperia L3 is not gratingly slow.

The Sony Xperia L3 is not interesting or dynamic, but it gets most of the basics right.