The LG G3 S is a mid-range spinoff of LG’s flagship phone, the LG G3. It’s a direct rival to the likes of the Samsung Galaxy S5 Mini and HTC One Mini 2. Unlike the competition, though, it’s not particularly small. The phone’s 5-inch screen, although smaller than the 5.5-inch G3, is identical in size to the flagship HTC One M8.

Inevitably the phone’s specs aren’t as impressive as the G3 – the G3’s QHD panel is replaced by a lowly 720p offering, the 13-megapixel camera is substituted for a basic 8-megapixel option, and processing power has been slashed – but at £240 it’s a decent amount cheaper. The problem, however, is last year’s flagship LG G2 is still available at a similar price, and of the two we prefer it over the new LG G3 S. 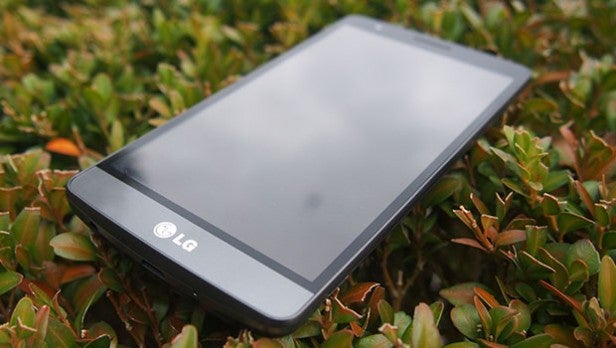 It might be cheaper, but the LG G3 S doesn’t look cheaper – in fact, it’s identical to the LG G3 in all but size. The metallic-effect plastic body looks more premium than it feels, but the extremely slim bezel means the LG G3 S’s design matches any rival at this price. It’s available in Metallic Black, Silk White and Shine Gold version, too.

At 10.9mm thick the phone is perhaps a little chunky by modern standards, but weighs just 134g and the curved rear gives it a comfortable, ergonomic feel.

Further design similarities between the G3 S and its flagship brethren include the G3’s rear-mounted power and volume keys. They were a novelty on last year’s G2, but we’ve grown to love them on the LG G3 and now the LG G3 S.

As well as decluttering the phone’s edges, the G3 S’s subtly textured buttons are easy to use. Their location makes them ideal for the natural resting position of the hand. After just a couple of week’s use, we found switching back to a handset with ‘traditional’ button placement felt odd and antiquated. 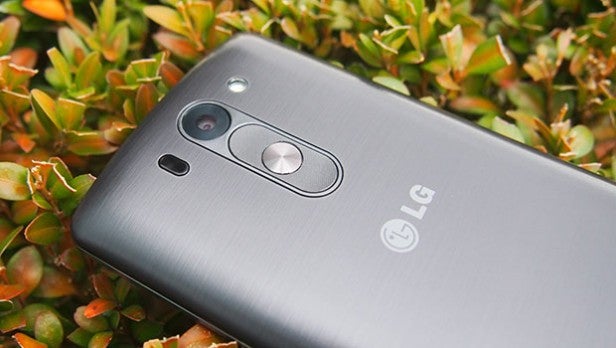 The other reason we like the rear controls is that they allow LG to keep the screen’s bezel so thin. This looks great, but it also means you get a larger screen in a phone that’s about the same size as the ‘smaller’ S5 Mini and One 2 Mini.

Finally, despite its plastic body, the LG G3 S doesn’t feel particularly fragile or flimsy. In fact, a newly textured plastic rear offers a little more grip over the slightly slippery G3. Overall, this is a stylish, solid phone that compares well to others at this price. 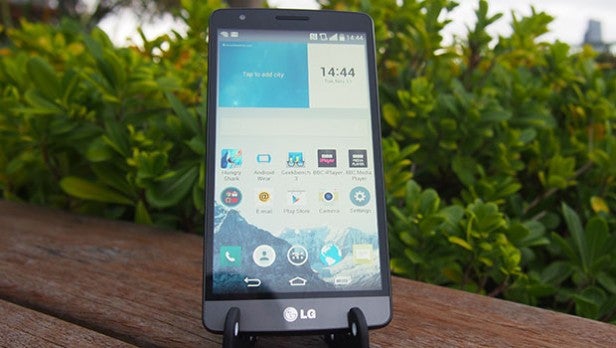 The LG G3’s QHD screen was its crowning glory, but the same cannot be said of the LG G3 S. Its 1,280 x 720 IPS LCD screen is a hit and miss affair. This is the same resolution as the Moto G and S5 Mini, but the larger screen means it doesn’t appear as sharp.

As a device to enjoy video content on, the LG G3 S leaves a lot to be desired. Watching a download of the BBC’s nature show Wonders of the Monsoon the should-be stunning visuals fall flat. Colours blur into each other, motion isn’t seamlessly fluid and the crisp sharpness of some displays is lacking. The overall result is images that lack impact. 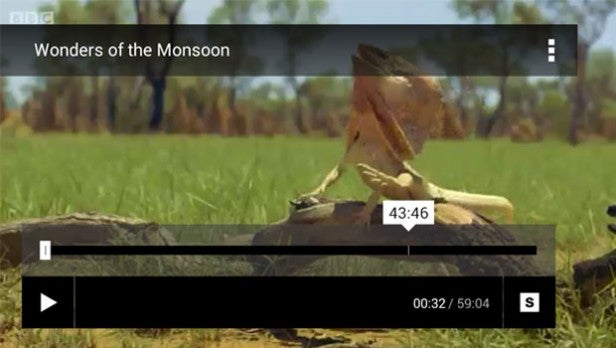 Another gripe we have with the G3 S’s screen – and the phone in general – is its lack of an ambient light sensor. Meaning brightness needs to be manually set – troubling when moving from indoor to outdoor environments, or day to night – this is a painful oversight. It is also a surprising one given the phone’s £240 fee.

Ambient light sensors have become a near standardised feature on all but the most basic of handsets in recent years. Given LG has bestowed the G3 S with a IR Blaster – a far less essential addition – it highlights misplaced priorities by the company.

If you’re happy to pick up a device which has been out for a few months, there are phones with 1080p Full HD panels which can be found for the same price. Both the Huawei Ascend P7 and LG G2 would make strong, Full HD, alternatives in the sub-£250 space.