The LG G3 S runs on Android 4.4.2 KitKat – not the latest edition of the software – with LG’s custom UI on top. As we mentioned in our LG G3 review, LG’s smartphone interface is a developing but still underwhelming addition.

It’s less cluttered than Samsung’s TouchWiz UI, but less intuitive than core Android and less refined than HTC Sense. It’s not the worst custom UI we’ve seen, but at times it looks dated. Widgets look flat and design tweaks, such as the way the screen stretches when at the end of a menu, look just plain ugly. The interface isn’t quite as unattractive as Huawei’s Emotion UI, but it’s not far off. 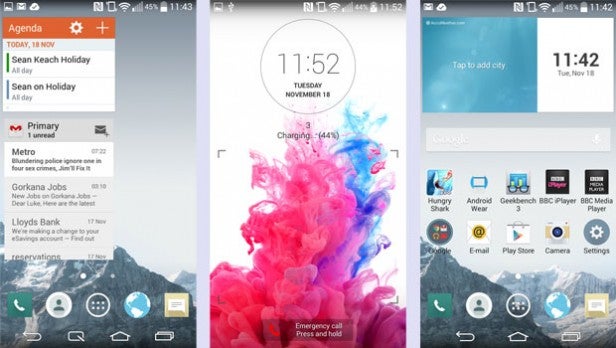 LG does win brownie points, however, for not loading as much bloatware as Samsung and Sony, and there are some nice touches in there, too. One LG-exclusive feature we like is the option to choose the number of softkeys in the bottom menu – LG lets you add up to five commands, including Notifications and QuickMemo.

The other feature we really is Knock Code. Instead of using pin numbers and swipe-based pass codes, Knock Code is an elegant way to unlock your phone using a rhythm-based touch pattern – think secret door knock and you’ve got the idea.

As mentioned earlier, LG has opted to include an IR receiver at the expense of an ambient light sensor. It’s only fair we explain why. It gives LG another opportunity to break out its beloved QuickRemote software. This lets you set up your phone to control your TV. It’s a remote substitute and one which works well, though we would still rather have had the light sensor.

Finally, it’s worth noting that due to the change in size, a number of the G3’s better UI features have gone missing from the G3 S. Split screen multitasking is one such omission. While not necessarily essential on a 5-inch phone, we would have liked to seen it included as an option. 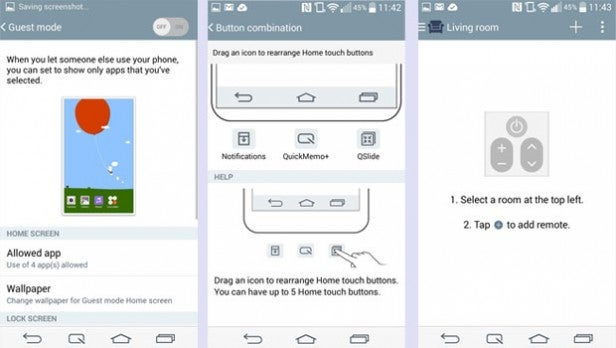 On paper, the LG G3 S is typical of the mid-range phones. With a 1.2GHz quad-core Qualcomm Snapdragon 400 processor lining up alongside Adreno 305 graphics and 1GB of RAM, it has the same basic specs as the HTC One Mini 2 and more or less all phones at this price.

Obviously this makes it slower than the LG G3, but the G3 S still breezes through most daily tasks. Apps launch quickly, multitasking is handled with aplomb and casual games run fine. Only more demanding games like Real Racing 3 cause problems, but mainly because the loading times are quite long. Once loaded, however, it and games like it run just fine. 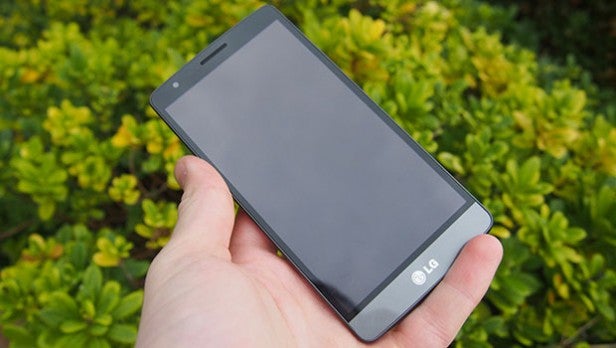 If form factor, not price, is your primary reason for looking at the LG G3 S, however, there is one pocket-sized handset with far more grunt than the competition. The Sony Xperia Z3 Compact is, essentially, the flagship Z3 in a smaller form. Although expensive, the handset pairs a 2.5GHz Snapdragon 801 CPU with 2GB of RAM.

Storage is another drawback on the G3 S. The handset’s £240 cost will get you just 8GB on internal space. MicroSD expansion is available, though.